As regular Art Contrarian readers probably sense, I am perhaps more interested than I should be with paintings made in the 1920s and 1930s.

This post is yet another in that vein. But I can justify it! How? It happened that Jacob Alexander Elshin (1892-1976) lived only about two miles away when I was growing up, and down the street from where one of my high school buddies lived. So how can I not write this post?

His Wikipedia entry is little more than a placeholder. There are a few other snippets about him on the Internet such as here, where it mentions that "Jacob Elshin was born in Russia in 1892 and received his education and art training there. He fled the Bolshevik Revolution in 1917. Following the Revolution, he went to Shanghai where he worked as a newspaper cartoonist for three years before moving to Seattle in 1923. From then on, Elshin maintained a long and active painting career in the Pacific Northwest and became one of the region's most noted painters and teachers. He had four solo exhibitions at the Seattle Art Museum in 1934, 1943, 1956 and 1965."

Wikipedia mentions that he was an officer in the Imperial army. So was his father, as is reported here that General Alexander Jacob Elshin (1865-1951) during the First World War commanded the XX Army Corps of the Russian Imperial Army. The link suggests Elshin was a 4-star general, but in Western armies, a corps commander would normally be a Lieutenant General (three stars in the US Army). Jacob was probably at most a captain, given his age. I also speculate that the Elshins' escape from Russia was later than 1917, given that the Bolshevik Revolution didn't happen until towards the end of that year. They probably went to eastern Siberia which was controlled by White Russian forces and then moved on to China around 1920, as many anti-Red Russians did when White resistance collapsed.

Your Humble Blogger could probably clear up such matters by reading a 1965 transcript of an Elshin interview held by the Smithsonian. But that would involve obtaining a microfilm copy, and I'm not willing to go to that much trouble researching him. The transcript is said to deal with the following: "Elshin speaks of his background in Russia and China; moving to Seattle in 1923; his work as a free-lance commercial artist and working as a greeting card artist; painting for the Public Works of Art Project; working on murals for the WPA Federal Art Project; political problems with the WPA; the destruction of some of the work that was produced by the project; some of the injustices he suffered during his years with the WPA. He recalls Robert Bruce Inverarity, Edward Rowan and Mark Tobey."

Below are examples of Elshin's paintings. 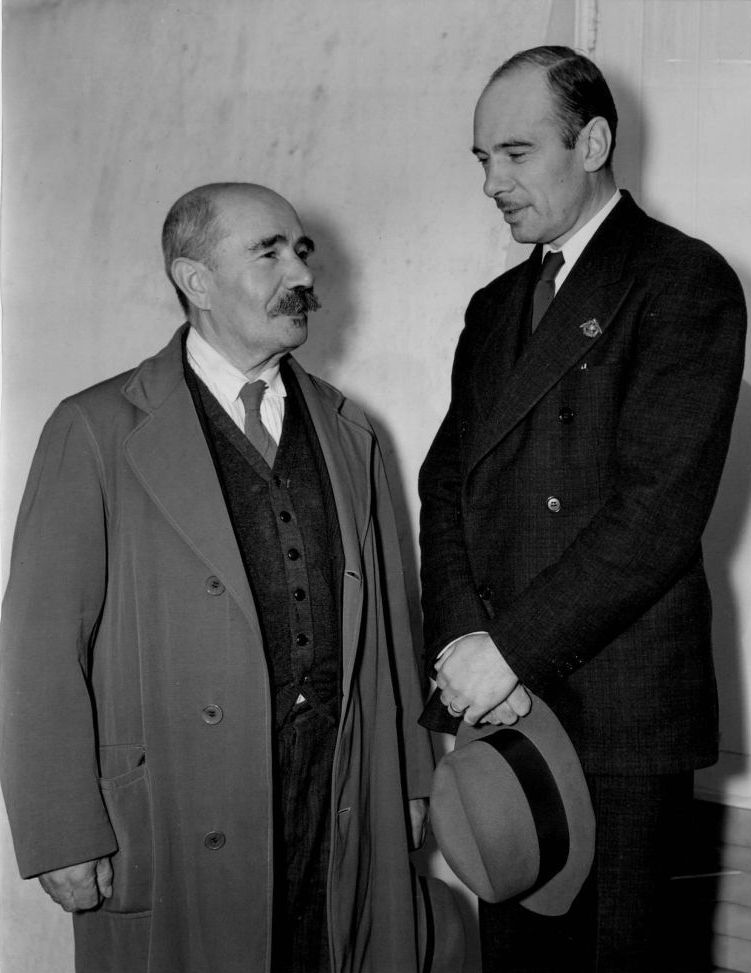 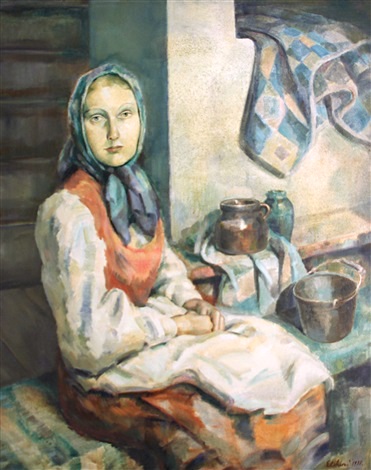 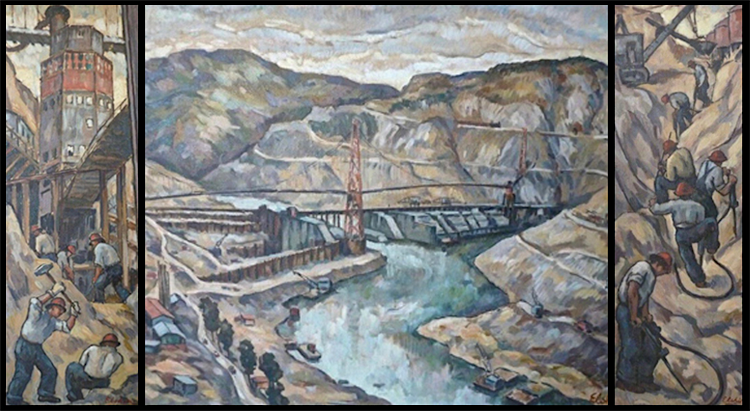 Mural study for the University District Post Office, Seattle - 1939
Located less than a block from the University of Washington campus, hence the subject matter.

Alamo Mural study for Dallas Post Office competition - 1937
Pretty static for what one would expect to be an action scene, which might have been why Elshin didn't win the competition. 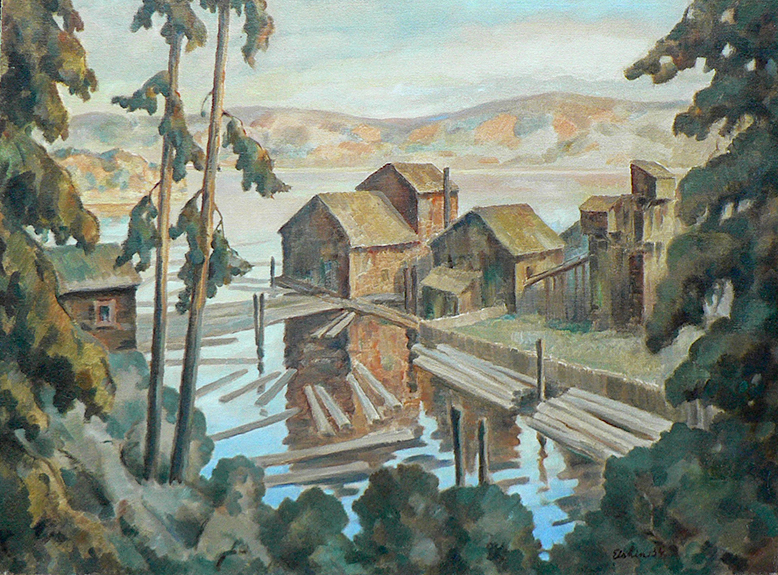 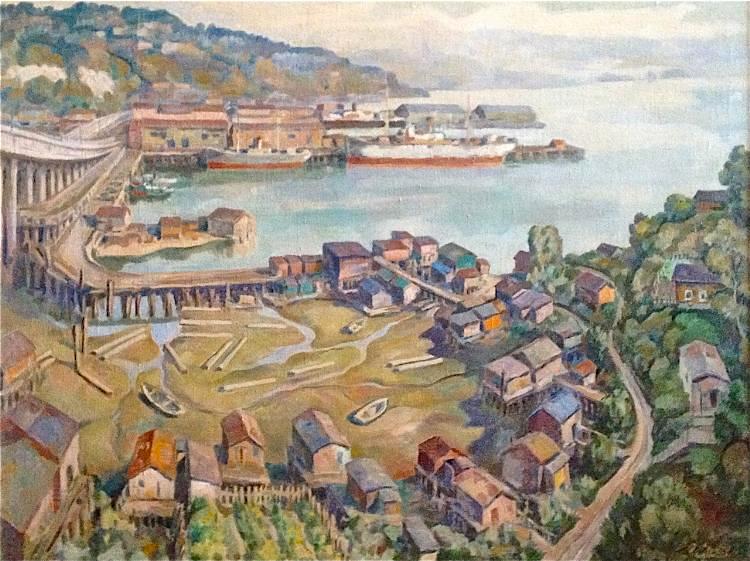 Smith Cove, Seattle
During World War 2 and many years later this was a U.S. navy terminal. Now Smith Cove is a cruise ship port. 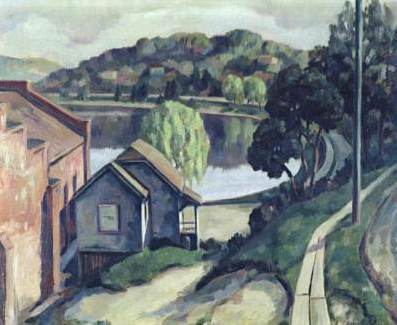 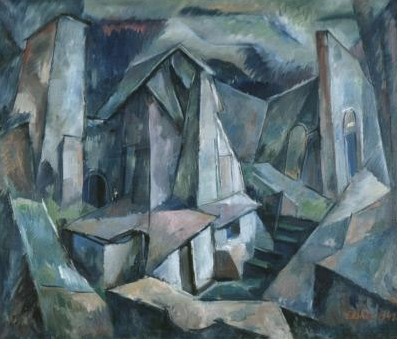 Gates to Nowhere - 1948
Postwar, Elshin must have decided to move from a conservative version of Social Realism to a more fashionable form of Modernism. 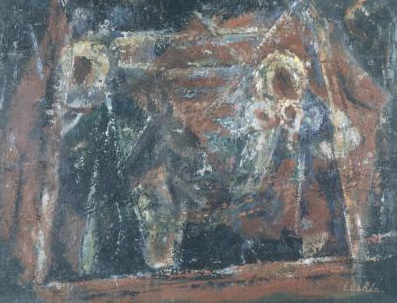 Flight into Egypt - 1959
More of the same a few years later.

Based on the images above plus some that I didn't post, my conclusion is that Elshin never came close to creating a masterpiece. At best he was a journeyman painter who managed to make a living at his trade in difficult economic times.
Posted by Donald Pittenger at 1:00 AM

New Deal murals, important both for their contribution to community development and to 1930s art history, were special. How wonderful that you have two great examples that survived.

I knew his son Jay back in Jr. & high school. I lived in Richmond Beach, but remember visiting their house. I'm researching WPA murals at the moment. If you would like to chat, contact me at lejelmsdale@mac.com.

I think The Jay you mention is the son of Alexander George Elshin. He is Jacob's nephew.