Isaac Lazarus Israëls (1865-1934) was a Dutch painter and son of Josef Israëls, an important 19th century artist. His Wikipedia entry is here. He received some training by his father and at an academy, but otherwise was self-taught. From 1905 to 1915 he was in Paris and London, but spent most of his career in the Netherlands.

Israëls shed his academic style before he was 30. Thereafter, from what I can tell from images of his works on the internet, his style became quite sketchy, though he did not distort colors or proportions of his subjects. So he was a modernist to only a limited degree. 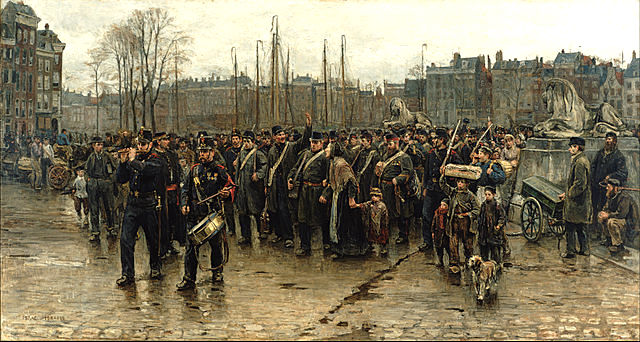 Transport of Colonial Soldiers - 1883-84
They were probably headed to the Netherlands East Indies.  This was painted a year or two after Israëls left the Royal Academy of Art in The Hague. 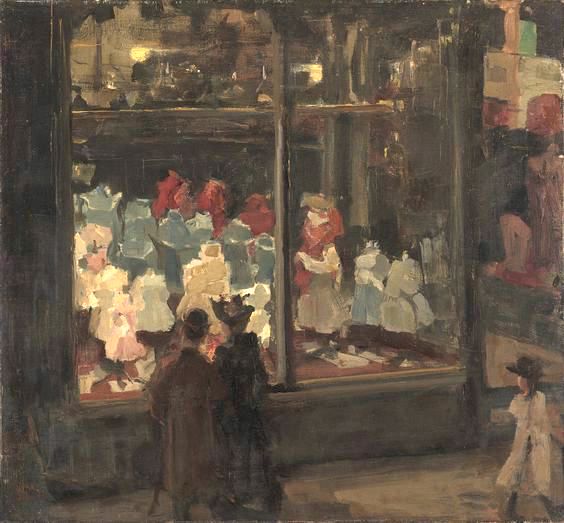 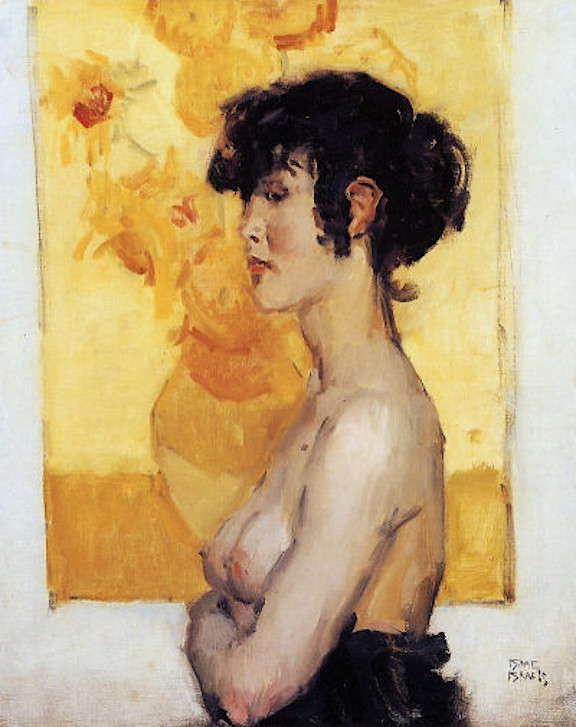 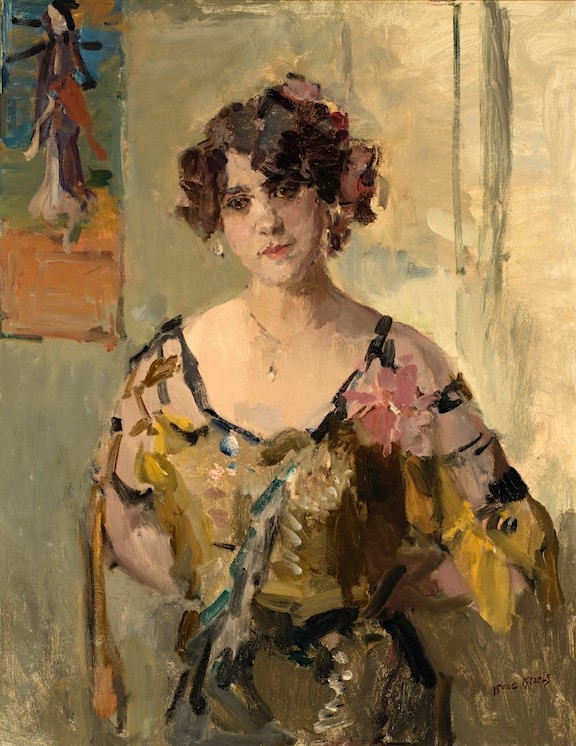 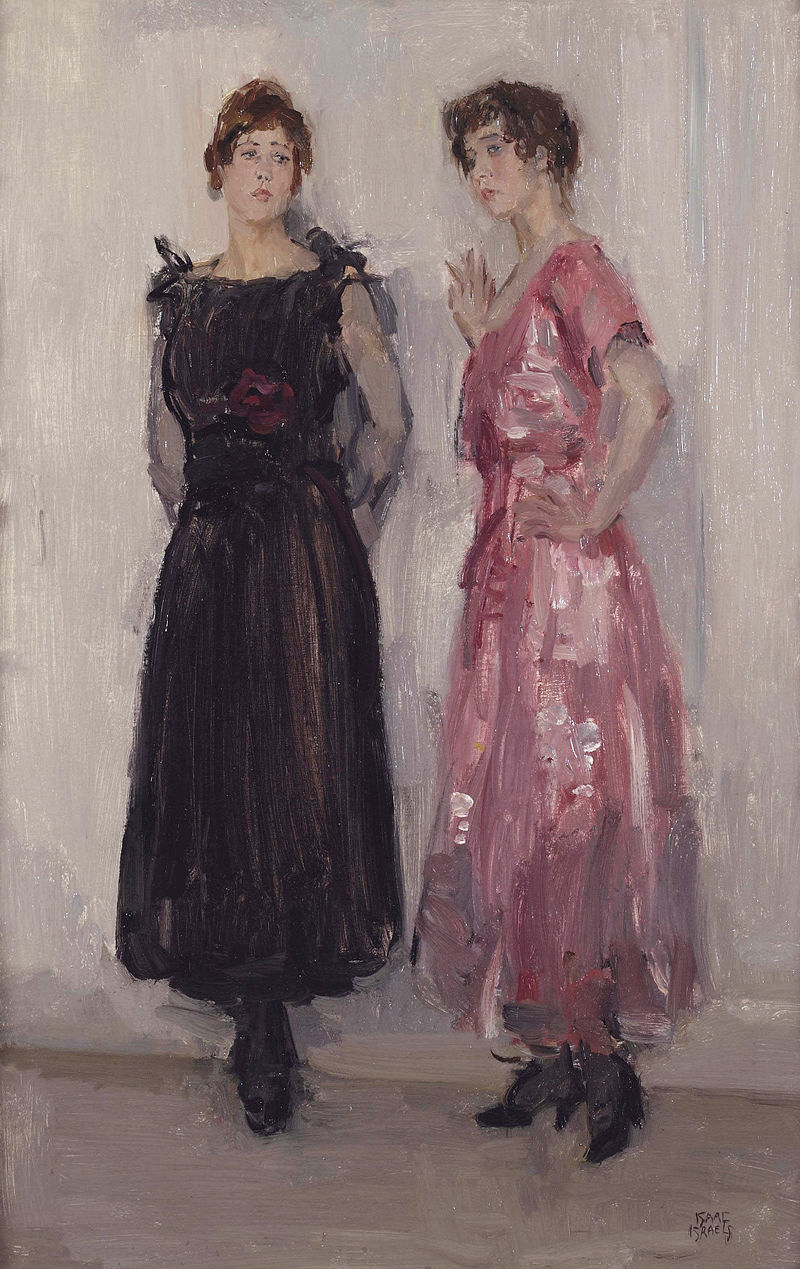 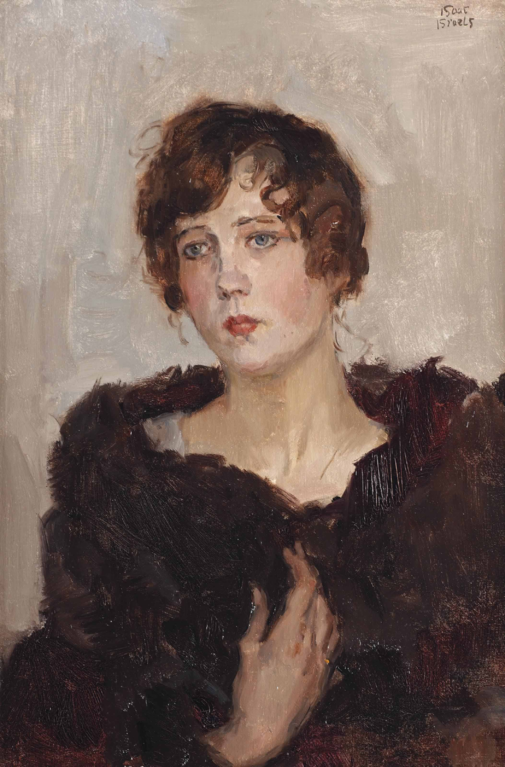 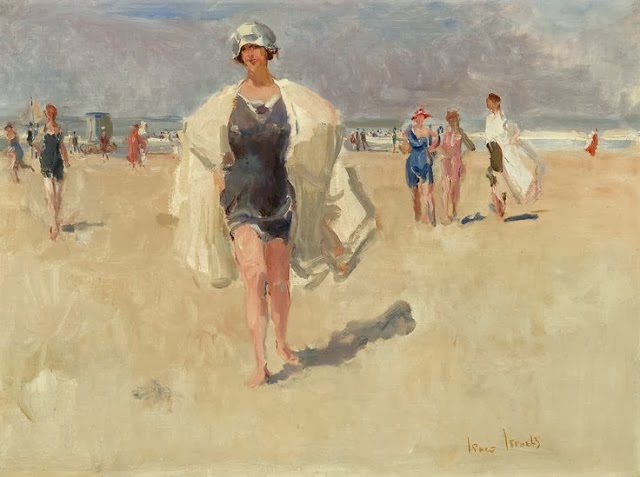 Woman Walking on a Beach
Israëls painted many beach scenes. 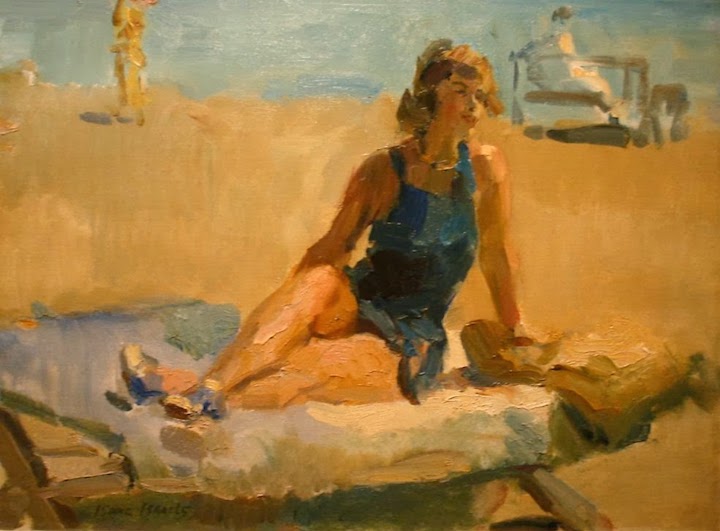 Girl Sitting on a Beach
This seems to be from around 1930, judging by the hairdo and costume. 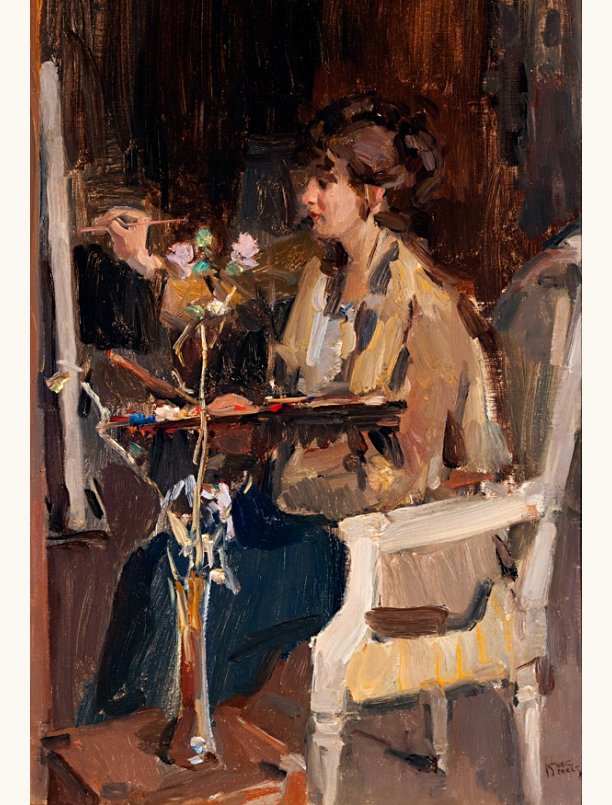 Thank you !!! I didn't realise Jozef Israëls had a son, but even so, I would not have guessed that Isaac had been much influenced by dad. Apart from Josef Israëls' occasional beach scene, the older artist seemed to prefer darkish colours, male subjects and crisp lines.

Perhaps that was why dad became well known whilst young Isaac less so.