Most tours of England's West Country take in the city of Bath, that once was a Roman site and for many is a Jane Austen mecca. But not far down the road to the west is Bristol, which also is worth a visit, though its character is different.

Architecturally, and due to its siting, the Bristol building that interests me the most is the Wills Tower on the Wills Memorial Building. It sits on one of Bristol's hills as part of Bristol University, a "red brick" institution that received its royal charter in 1909.

The tower's construction was begun in 1915, but completion was delayed until 1925 due to the Great War. Its architect was Sir George Herbert Oatley (1863–1950) who was the university's architect for a number of years. It is a tall (215 foot, 65.5 meter) structure nicely composed using plain and highly decorated areas that play off one another. 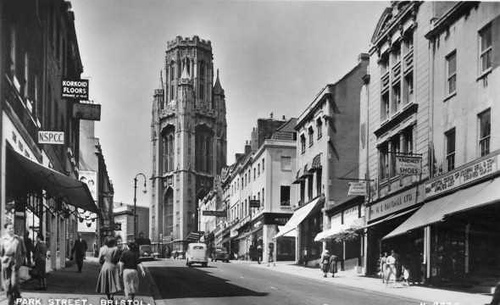 The tower as seen looking up Park Street in 1939 where it serves as a focus. 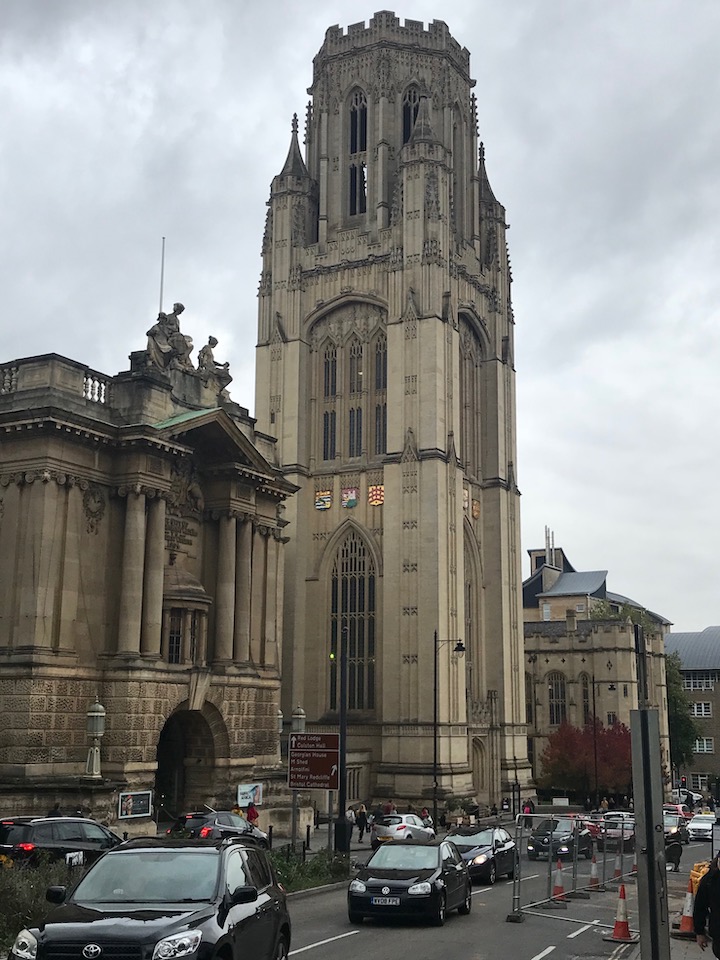 Park Street is just off to the right of this view that I took the last time I was in town. This street is Queens Road that becomes Park Row and heads downhill as it bends left beyond the edge of the photo. The building at the left is the Bristol Museum and Art Gallery that has some interesting paintings in its collection. 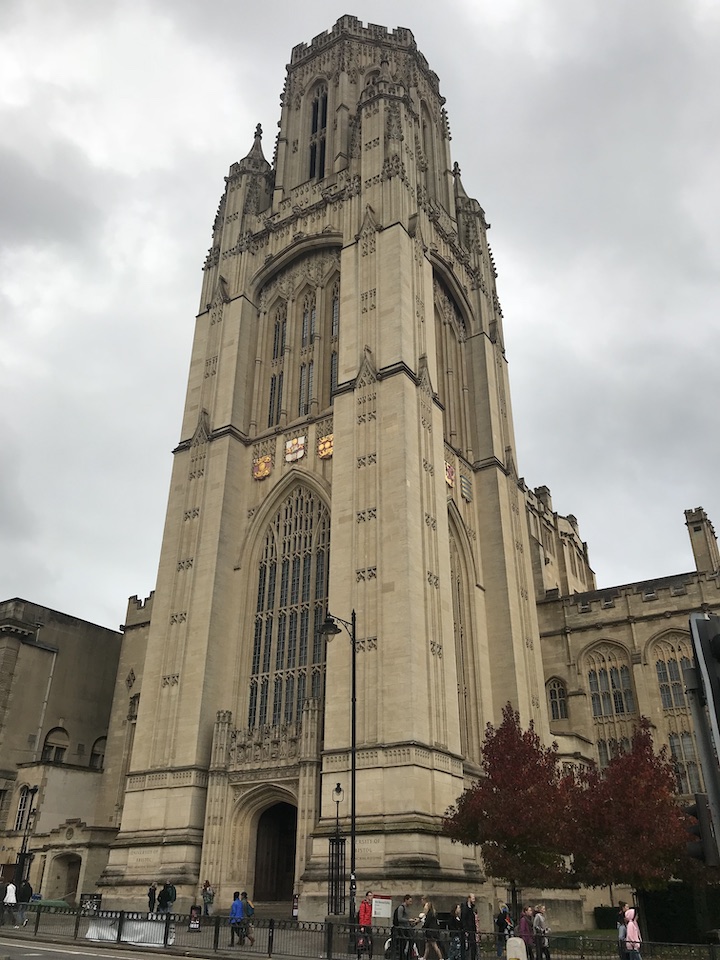 The massive corners have little decoration and the rest of the tower is quite Gothic. 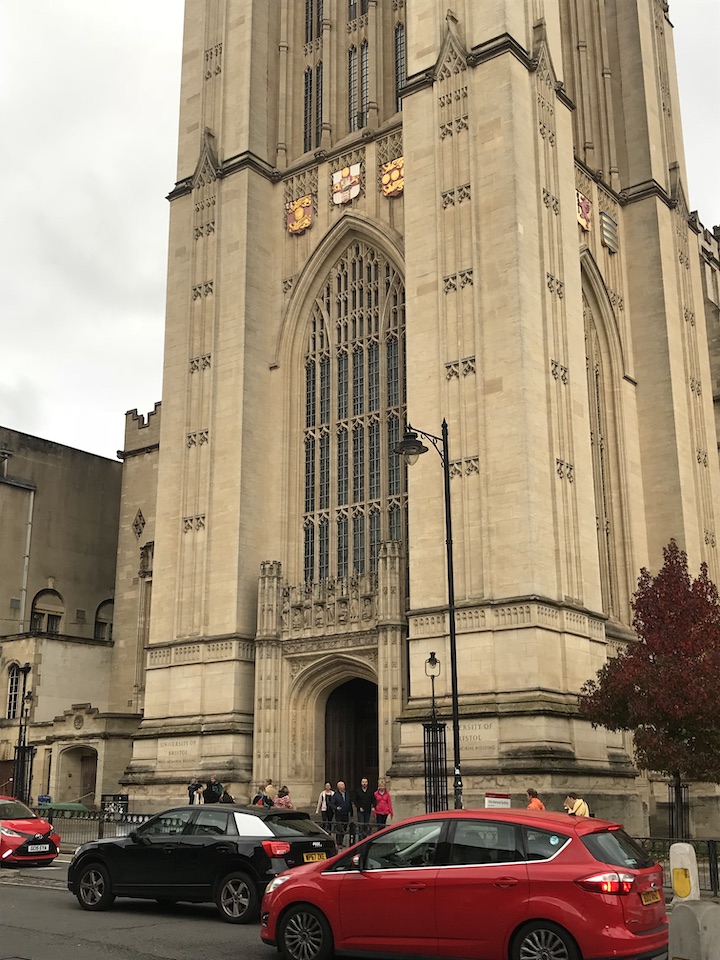 Street level view.  A nice touch is the shields placed above the tall windows.
Posted by Donald Pittenger at 1:00 AM

The tower's construction could not have been started at a worse time. In 1915, money for luxuries was short and fit men were going into the armed services.

So what was the goal of this gorgeous Wills Memorial Building? To provide library or lecture spaces?