Aside from perhaps a few religious icons and early modernists such as Kandinsky and Malevich, my college art history class ignored Russian art. I don't know what current art history classes deal with, but it's clear to me that late 19th century Russian painters are becoming better-known than they were 50 or 60 years ago.

Still confined to obscurity is Stalinist Socialist Realism. In part this was because of its propagandistic nature. Perhaps an even greater reason for its disparagement by the Art Establishment was its use of Academic and other pre-modernist styles.

Due to all this, until recently I was unaware that along with collective farming and other individualism-suppressing practices, there was the use of "brigades" of artists who collectively created large paintings. This is dealt with in this book. On page 182 Matthew Cullerne Brown writes:

"In 1949 [Vasili] Efanov and a team of young artists painted Leading People of Moscow in the Kremlin. This work stimulated a revival in the practice of creating pictures by brigades, the method that had been adopted at the end of the 1930s for the New York international exhibition and the pavilions of the Agricultural Exhibition. Now a method of working once restricted to the fulfilment of special projects became commonplace. This accorded with the pressure on artists to ... produce bigger and yet bigger pictures in academic style -- while the party allowed no extra time for their creation....

"Brigade painting gained another justification, inherent in communal endeavour. This was the inevitable elimination of much personal style, affecting all participating artists. Their work approached an ideal of wholly anonymous academic execution; the brigade method predicated the whole Stalinist straining towards a mass culture and the eradication of individual difference....

"[W]hereas the huge paintings for the 1939 exhibition in New York had been created by groups of equals, now each brigade was led by one artist, usually an Academician... Typically, these artists would devise a composition and then employ younger, less well-established artists to carry out the chore of innumerable portrait and architectural studies."

The author goes on to note that those younger artists benefited because it enhanced their reputations and the work paid well.

The Russian Museum, Málaga branch had an exhibition of Soviet-era painting when I visited, and one of those works was a brigade effort. It and two other examples are shown below. Click on the colored images to enlarge. 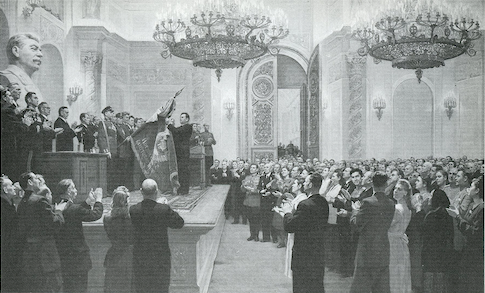 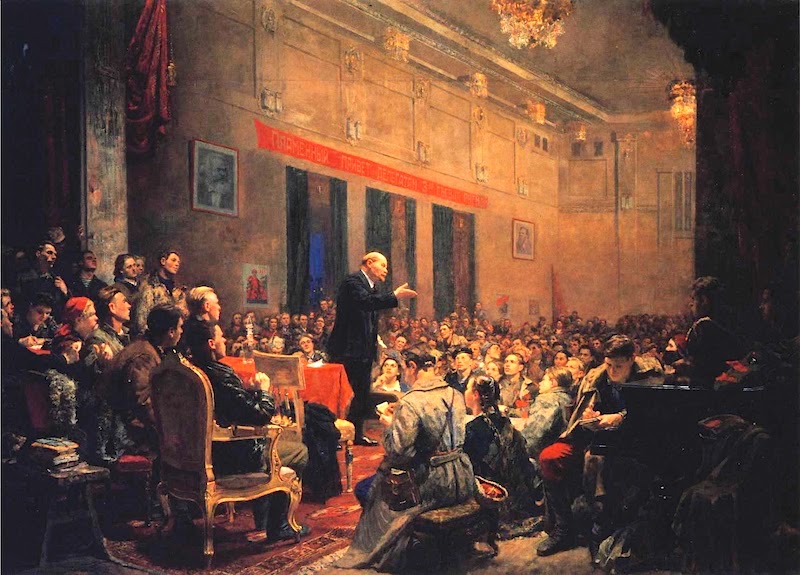 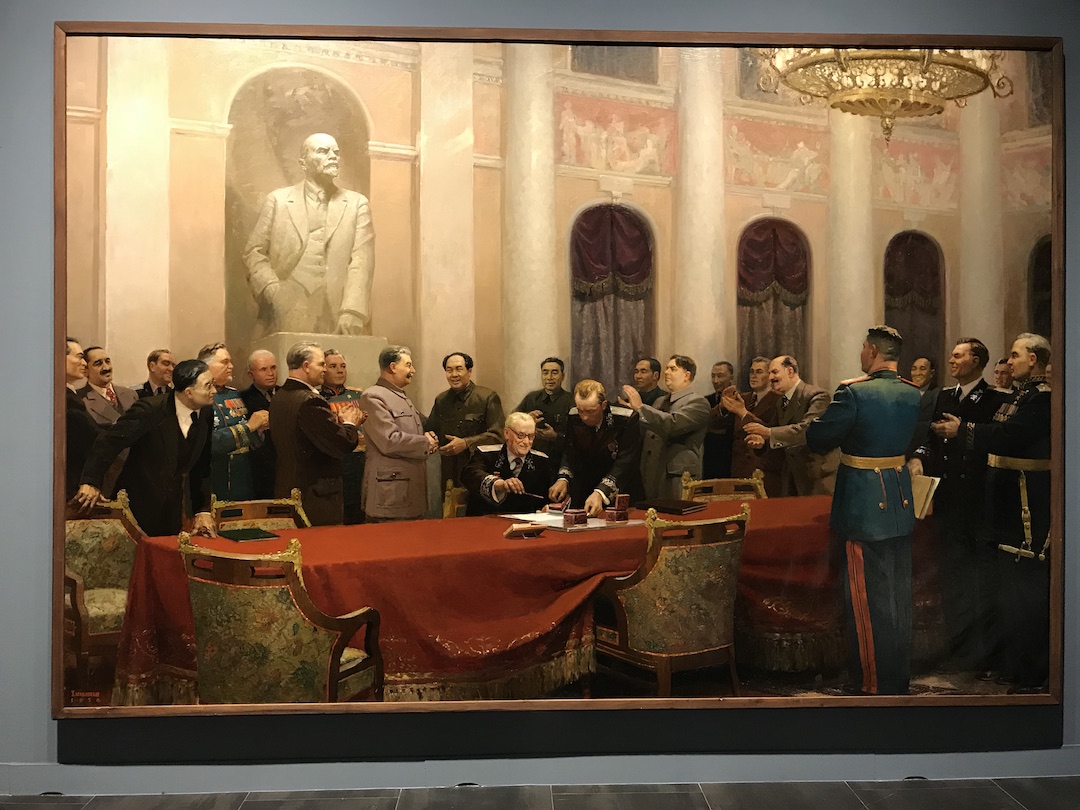 "In the Name of Peace (The Signing of the Treaty of Friendship, Union and Mutual Assistance Between the Soviet Union and the People's Republic of China)" - 1950. Brigade leader was Viktor Vikhtinsky, but I have no information about the other artists. This is an iPhone snapshot I took. 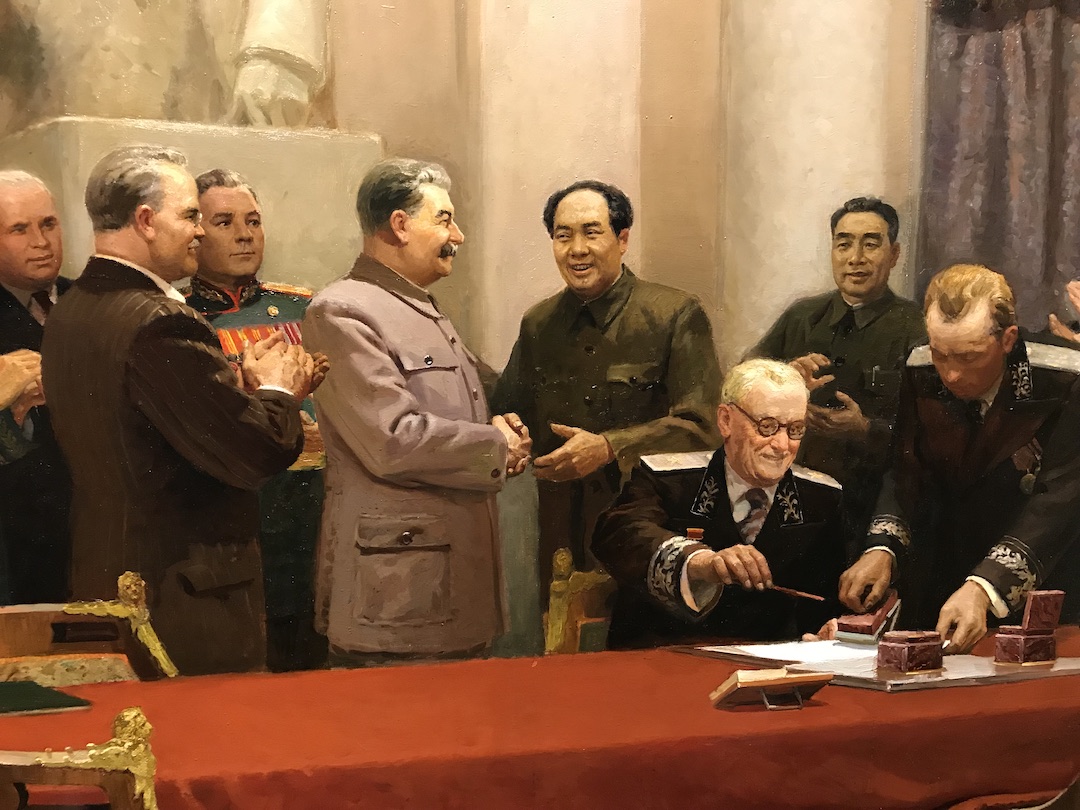