I recently wrote here about British artist/illustrator Frank Wootton (1914-1998) who was skilled at depicting light, shade and reflections on shiny metallic surfaces. Doing this convincingly requires skill and especially experience.

Just for fun, below I present some images by Wootton along with a few by Rembrandt who also was no slouch when it came to metal.

The Wootton images are photos of details of paintings I saw in the Royal Air Force Museum at Hendon, just north of London. Lighting conditions were poor, and protective material affected color and allowed reflections, so keep in mind that what you're viewing is an approximation. 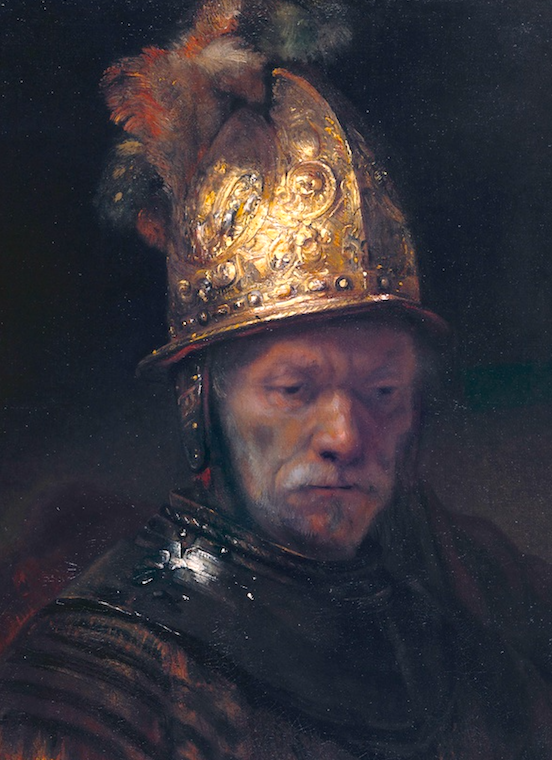 Man with the Golden Helmet - c.1650 (detail)
Note how Rembrandt deals with the effect of light on warm gold and cool steel. 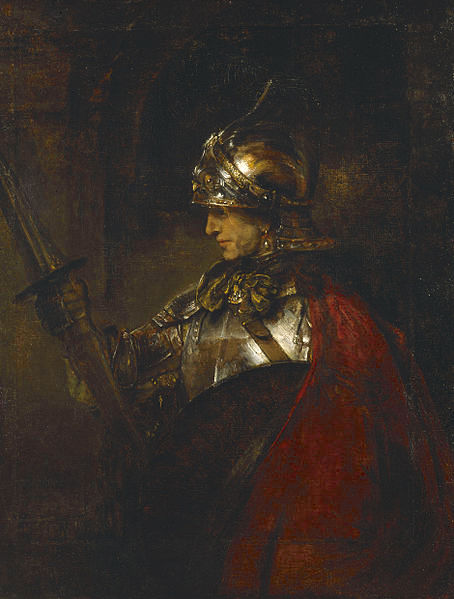 Man in Armor - 1655
Here he deals with steel.  I'm not sure if the painting has been cleaned and colors are original or if the yellow hue is due to old varnish. 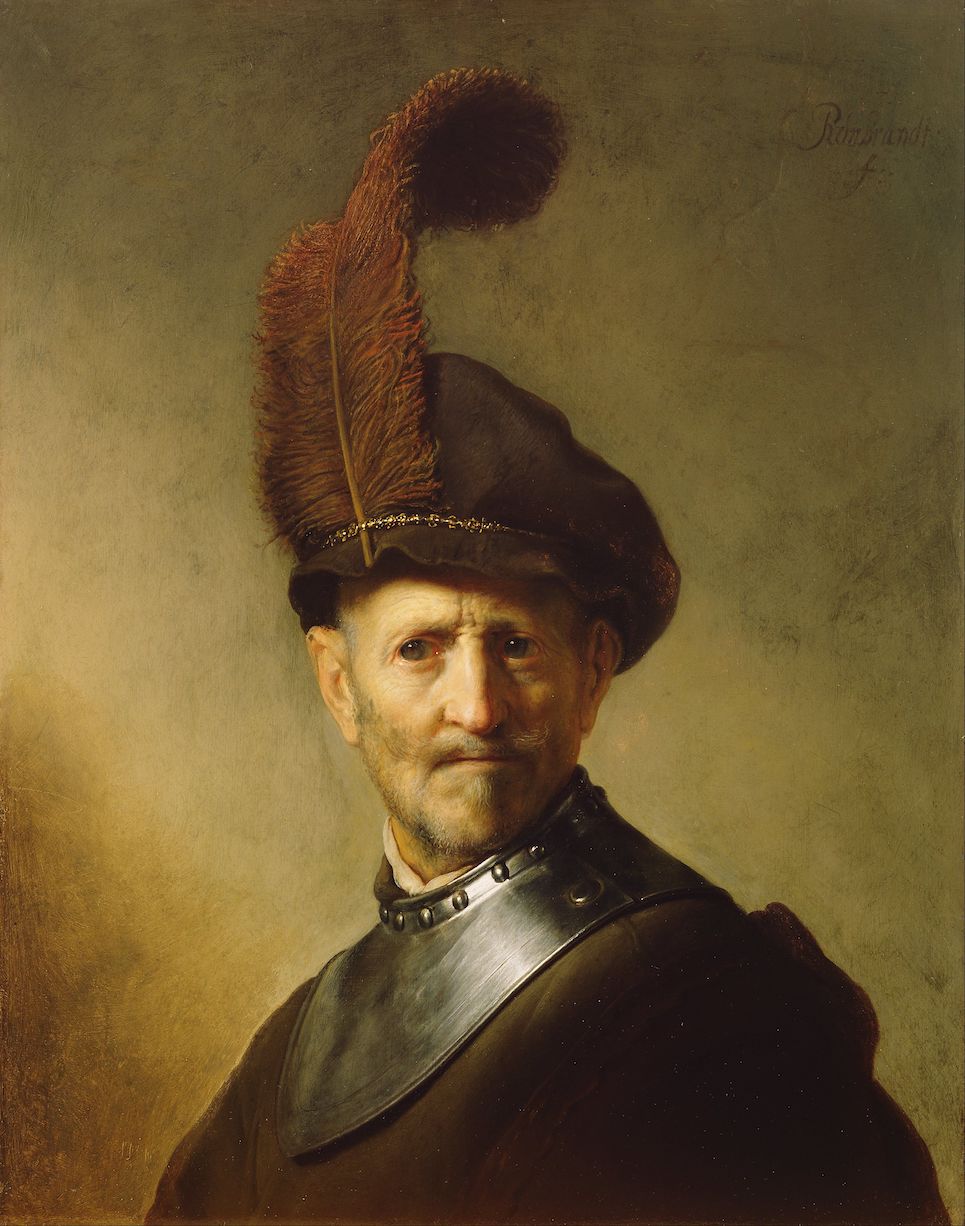 Old Man in Military Costume - 1630-31
An earlier painting, but one I find particularly impressive because he depicts brushed steel convincingly. 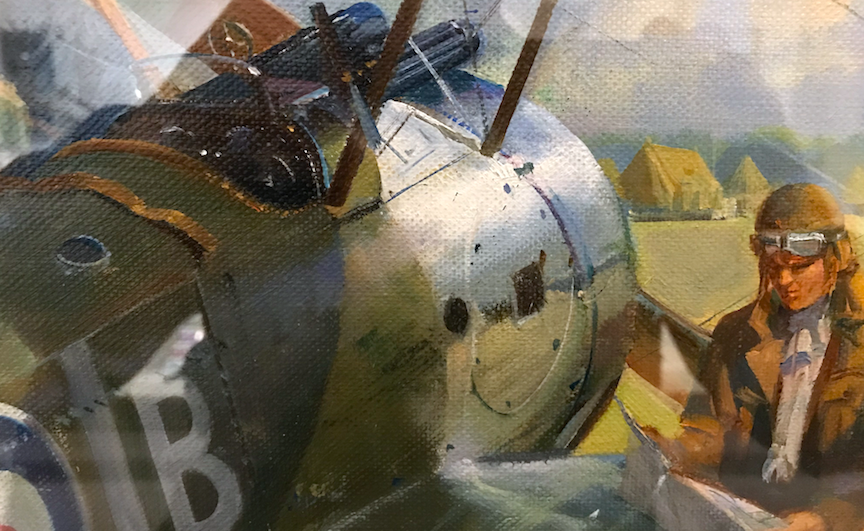 April Morning, France, 1918 - 1982 (detail)
This is a tiny part of a much larger Wootton painting and might be close to actual size when viewed on a desktop computer screen.  The aircraft is a Sopwith Camel with metal at the forward part of the fuselage.  Note how he shows reflections.  Also the effect of light on the gunsight in front of the cockpit windscreen. 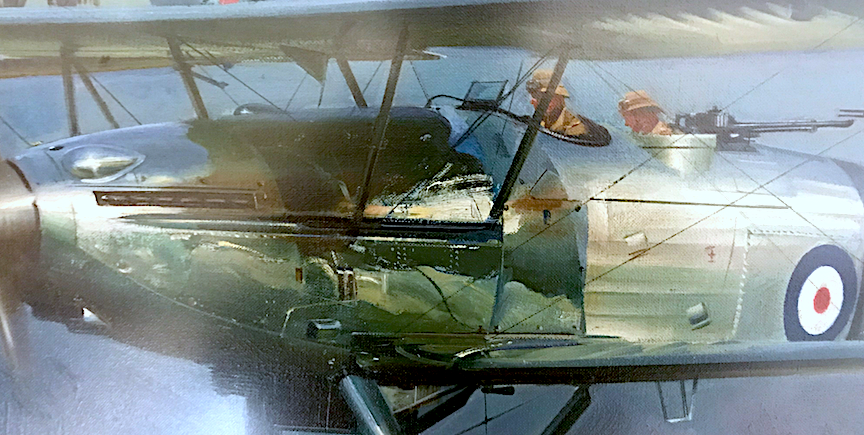 Harts Over the Himalayas - c. 1967 (detail)
The darker zone is actually a shadow of Yr. Loyal Blogger on the protective glass or plastic.  The forward metaled area reflects the sky, the upper wing and the mountainous terrain below.
Posted by Donald Pittenger at 1:00 AM

I don't know Wootton but I do know Rembrandt. He was no slouch when it came to painting anything, including metal.