Aleksandr Pavlovich Bubnov (1908–1964) was, in my judgment, one of the most skilled of Soviet-era painters. And that's saying a lot, because while Western art had degenerated into Modernism where skill was largely irrelevant, Russian artists were "encouraged" by the State to retain circa-1890 standards. There is little about Bubnov in English on the Internet, though some information can be found here and here.

Although he painted obligatory paintings featuring Joseph Stalin, Bubnov's true interest seems to have been the semi-mythic Russian past. The Great Patriotic War (the Soviet label for World War 2) interrupted the Socialist Realism of the 1930s that featured idealized views of life under Communism. In its place, again encouraged by the State, Soviet artists often created paintings harking to historical triumphs of Russian arms. Bubnov's great example of this is shown below along with some of his other works. 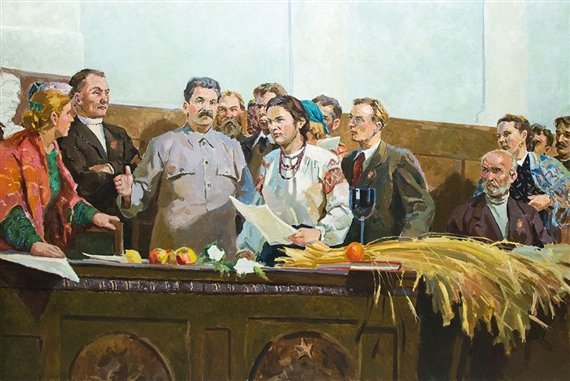 At the Congress of Collective Farmers
Probably painted in the late 1930s, this is typical of much Soviet art from those times. 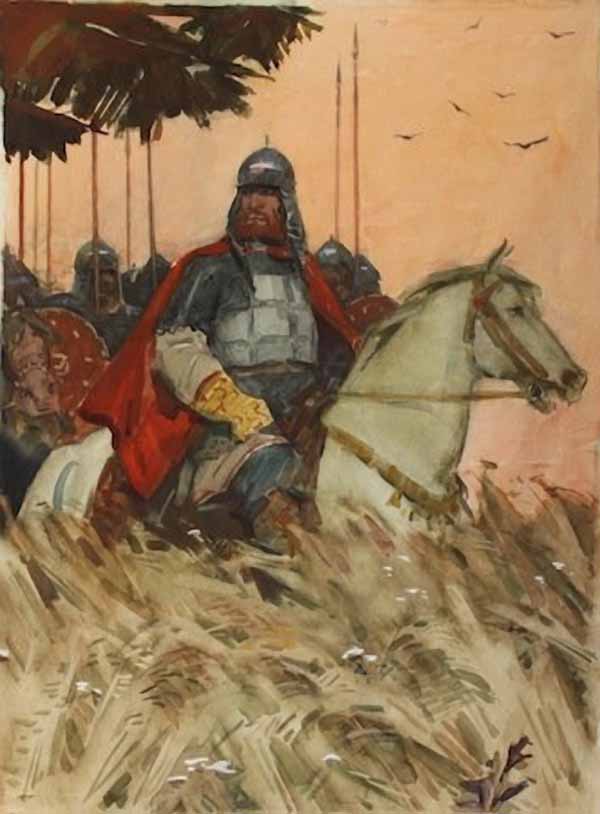 Young Oleg on Campaign
One of a series of paintings featuring Oleg, who I'm guessing was not a historical figure. 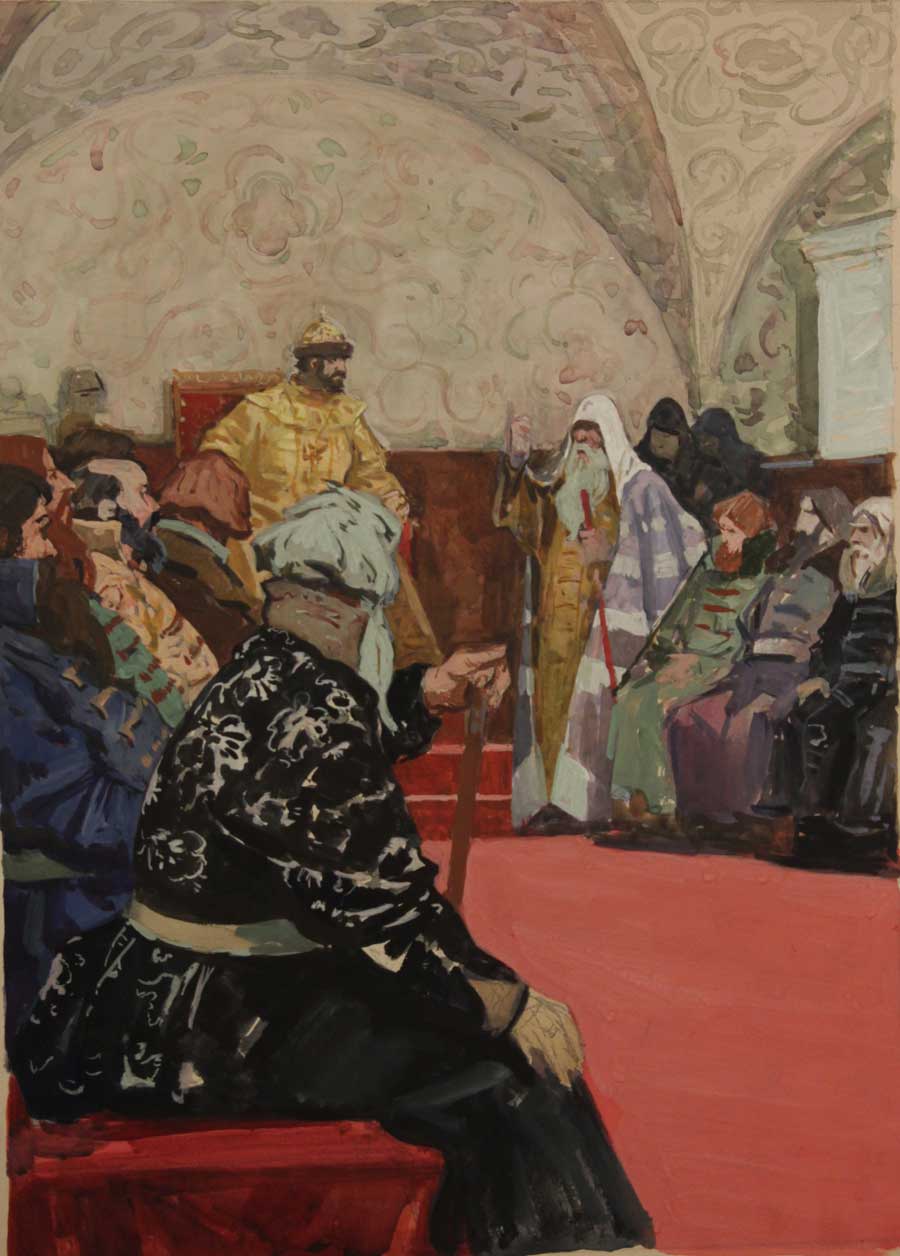 Boris Godunov
A successor to Ivan the Terrible who became the subject of a play by Pushkin and an opera by Mussorgsky. 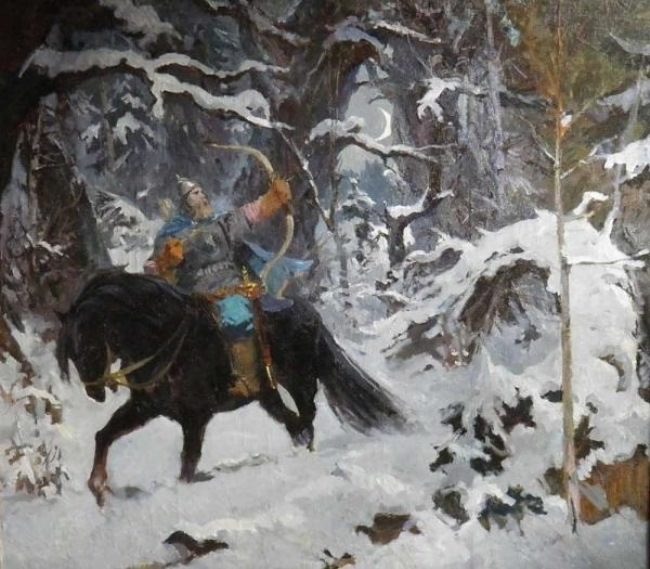 Tale illustration - 1946
This painting and the two previous ones feature strong, wide brushwork. 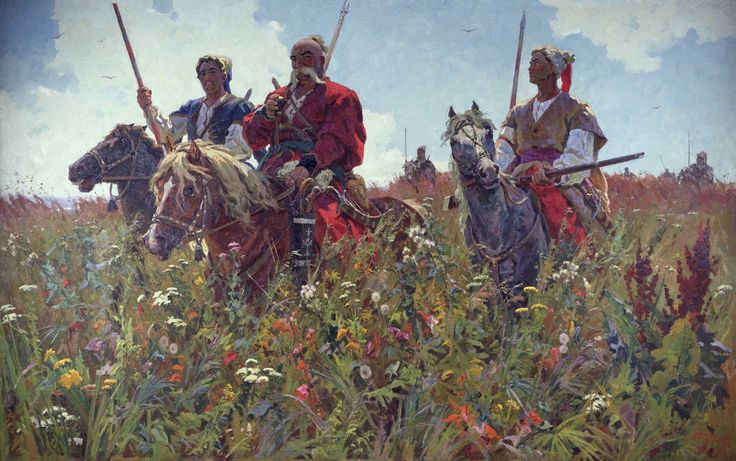 Taras Bulba
A character in a Gogol novel set in an earlier century. 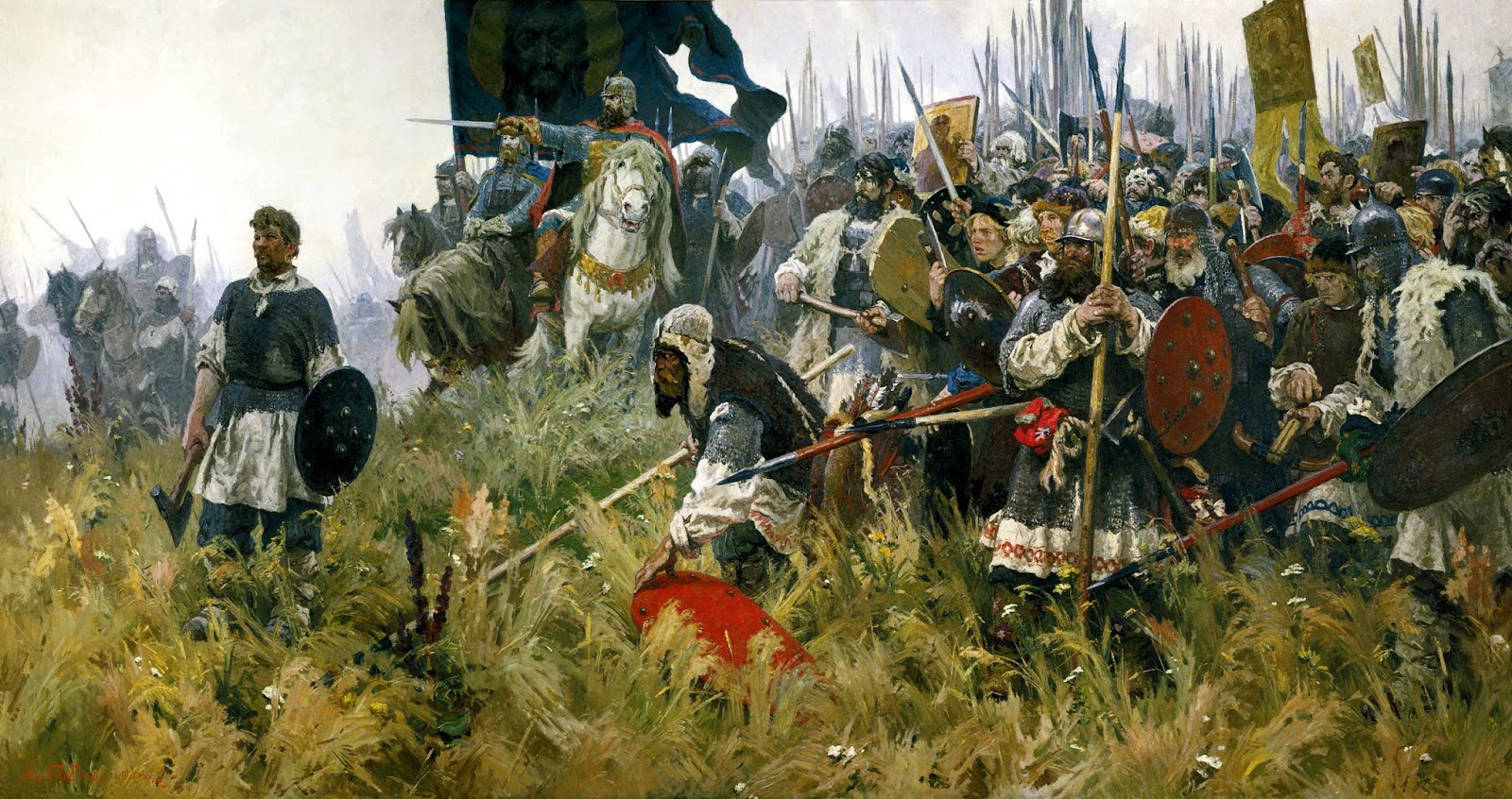 Morning on the Kulikovskoye Field - 1943-1947
Bubnov's greatest work, in my opinion. It deals with the Battle of Kulikovo 8 September 1380 where early Russians defeated the Tatars who ruled large parts of the country. Started during the war and completed two years after, this painting won the Stalin Prize for painting in 1948. Click on it to enlarge and get a better view of how Bubnov composed the figures and handled the atmospherics. 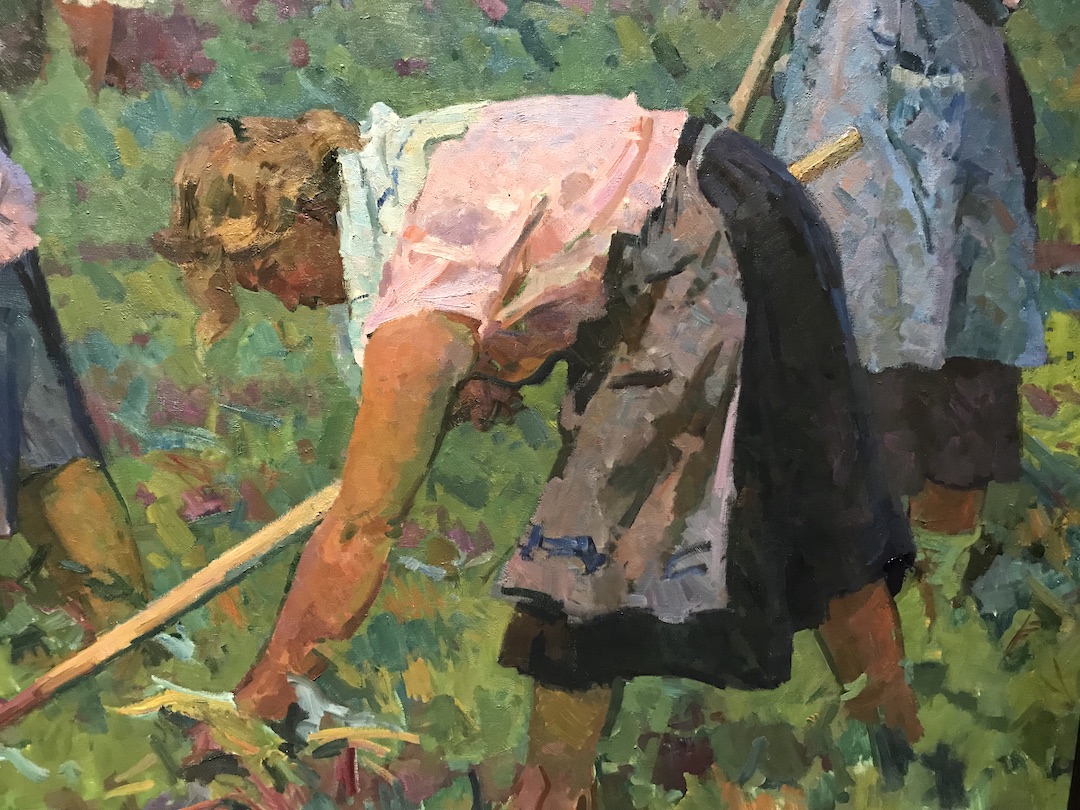 In the Field - 1958-1960 (detail)
My photo of part of a painting showing farm workers. Click to enlarge and view Bubnov's brushwork.