I wrote about automobile illustrator Walter Gotschke (1912-2000) here and here.

As I mentioned in the first link, "It seems that Gotschke was self-taught, but had little trouble understanding how to portray machines and settings accurately with strong doses of atmosphere and emotion. When necessary, he could change his style to tight rendering. Sadly, he started losing eyesight around 1985 and was blind by 1990, some ten years before his death."

Although I've viewed his work in publications for many years, I don't recall ever seeing one of his illustrations in person. Until recently. In February I visited the Mullin Automotive Museum in Oxnard, California. It has a fabulous collection of French cars mostly from the 1920s and 1930s. There also was a small section devoted to automotive art that included one of Gotschke's "impressionist" style illustrations that I photographed and present below in a detail. 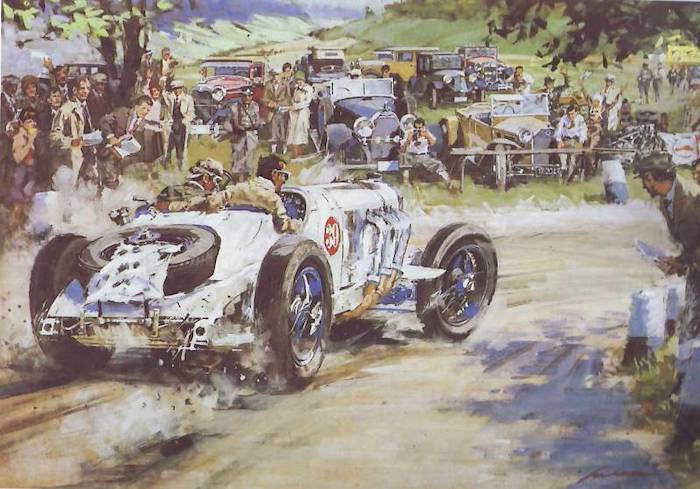 To set the scene, here is a typical Gotschke car race illustration I found on the Internet. It depicts ace German driver Rudi Caracciola in a Mercedes-Benz SSK at Semmering-Bergrenne in 1928. 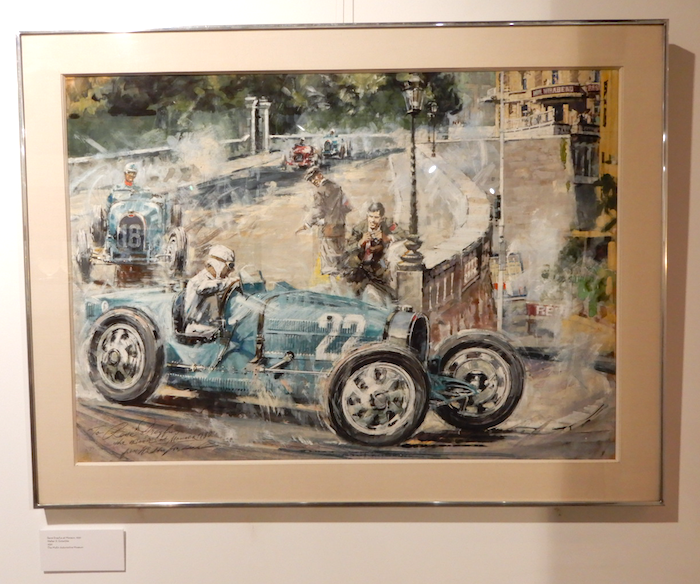 And this is my reference photo of the illustration at the Mullin museum. It shows French driving ace René Dreyfus in 1930 at Monaco driving a Bugatti. 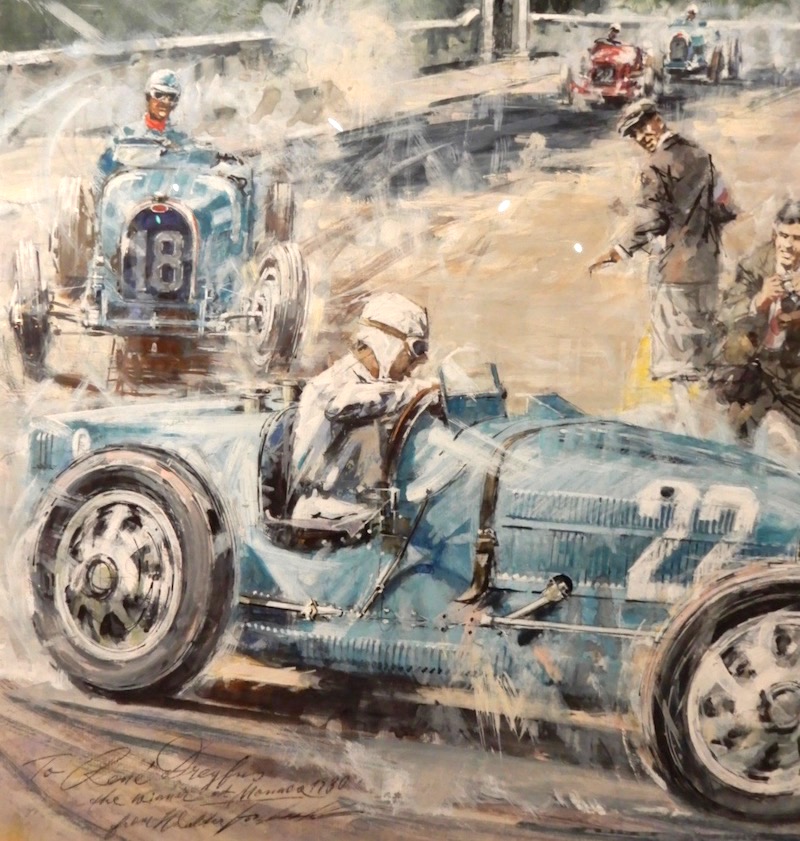 Then I took a close-up photo of the lower-left part.  The inscription is to Dreyfus, adding interest to the illustration.  Although Gotschke included a good deal of mostly thinly-painted overstrikes to create a sense of both movement and instantaneous capture, beneath all this is solid drawing.  That is, the general impression is of sketchiness, but the basis is solid, carefully done depiction.  Besides accurately portraying the cars, Gotschke also captures the men.  Note Dreyfus's right arm.  Also the pose, facial expression, clothing, and light and shade on the photographer at the right. (Click on this image to enlarge.)
Posted by Donald Pittenger at 1:00 AM