Marcello Piacentini (1881-1960) was an important Italian architect whose career spanned the years from eclectic Classicism through Mussolini-vintage modernism to postwar modernism. His English Wikipedia entry is here, but the one in Italian has much more detail.

I was in Italy in Novemeber and came across two of his works. One was the Tribunale di Messina -- Messina courthouse. The project began in 1912 but the Great War interrupted work until the early 1920s. It was completed in 1927 and dedicated the following year.

The other was the former Bank of Naples building renovated by Piacentini in 1939 for the 400th anniversary of the creation of the bank (which has gone through many name and management changes: it's now Intesta Sanpaolo). Some background is here.

They are of interest because they bookend the era of what is called "Fascist Architecture," a term I find somewhat misleading.  The basic style is similar to the stripped-down ornamentation buildings found in non-fascist countries such as the United States in the 1930s. 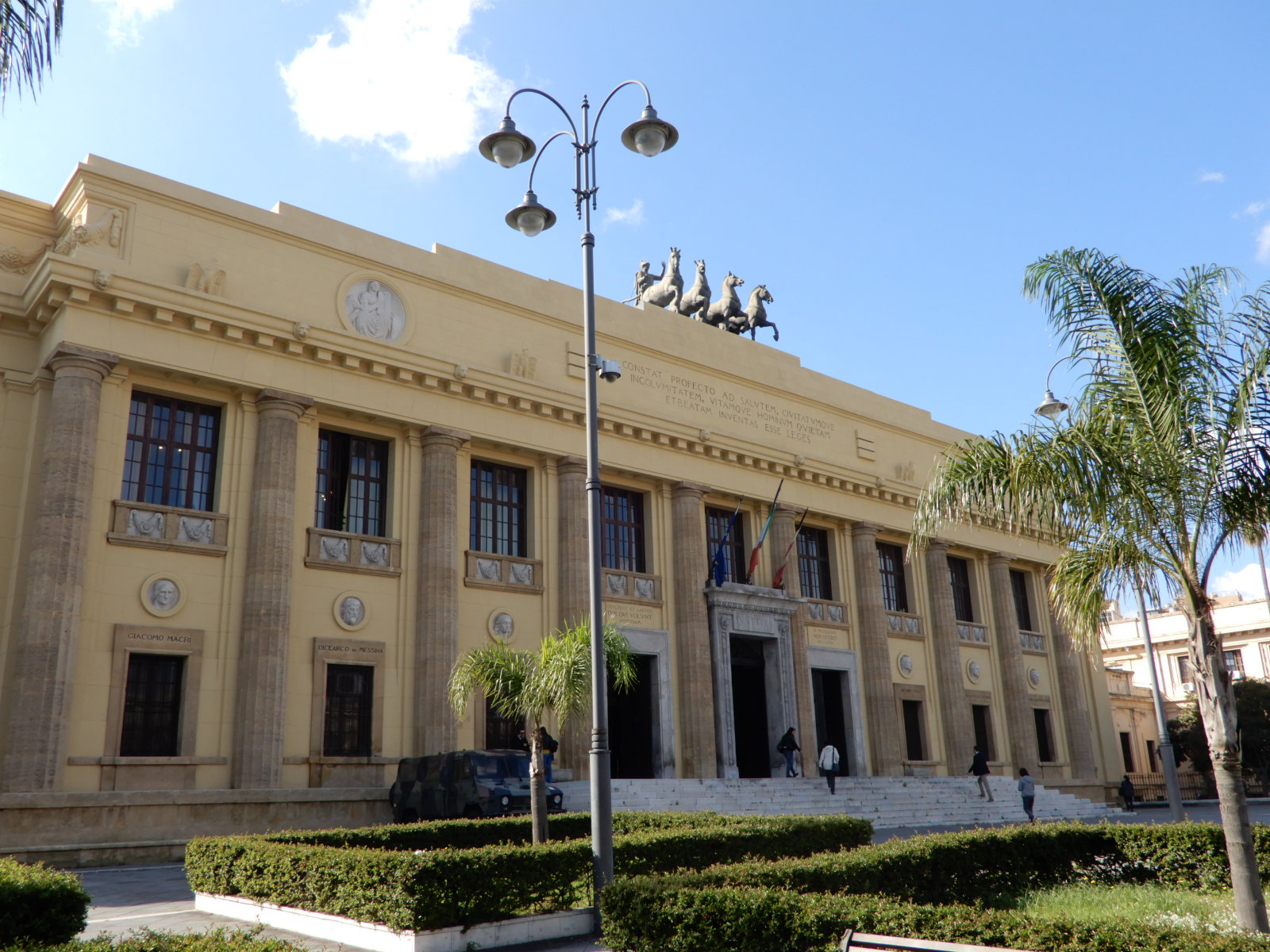 The Messina courthouse, a large, sprawling building.  Piacentini modified some exterior design details when construction was resumed after the Great War.  Technically, this was pre-Mussolini and not "Fascist."  However, modernist influence is present in that ornamentation is fairly limited, though not to the extremes found ten or 15 years later. 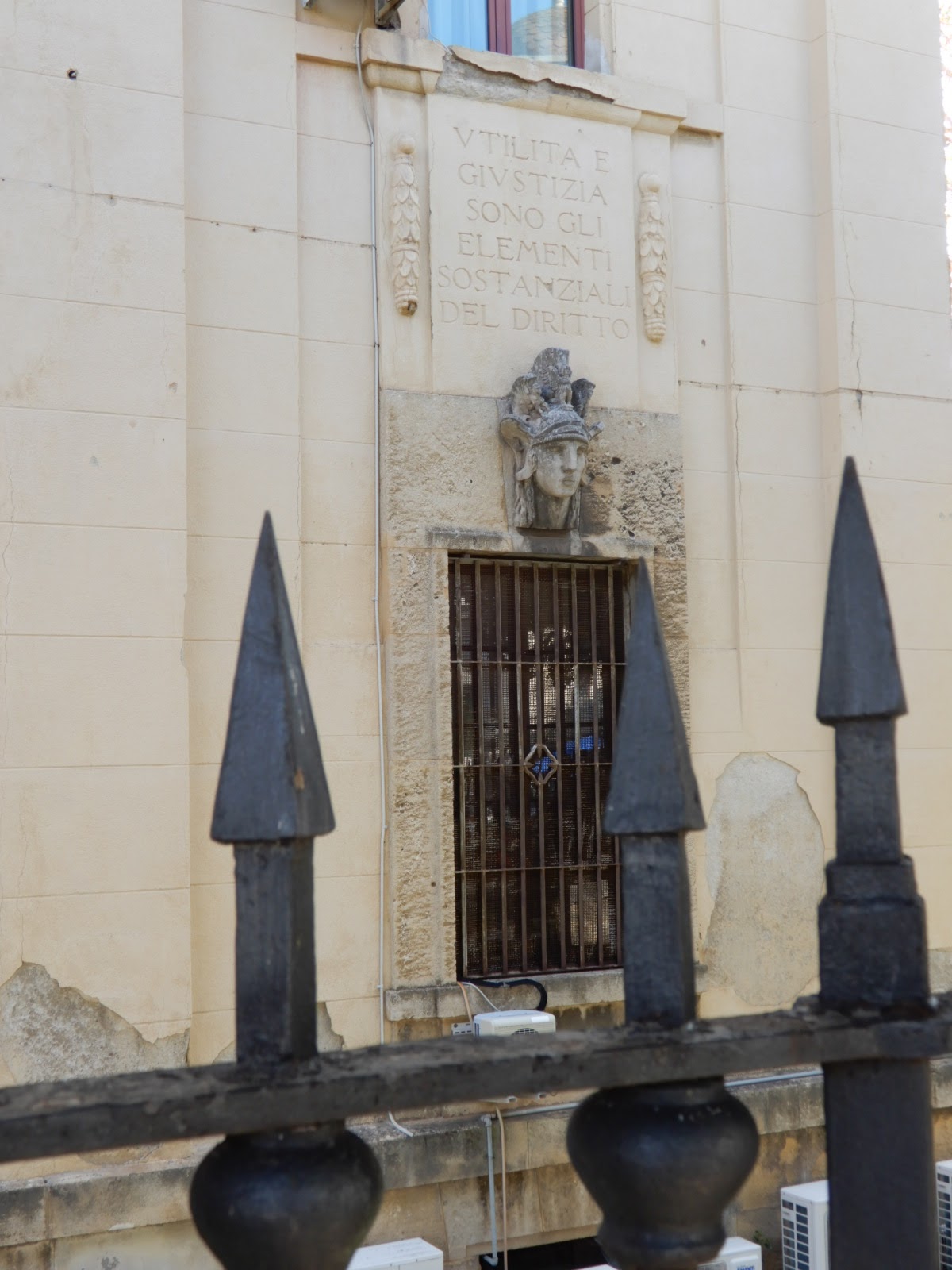 Window detail on the side of the building.  Note the deterioration. 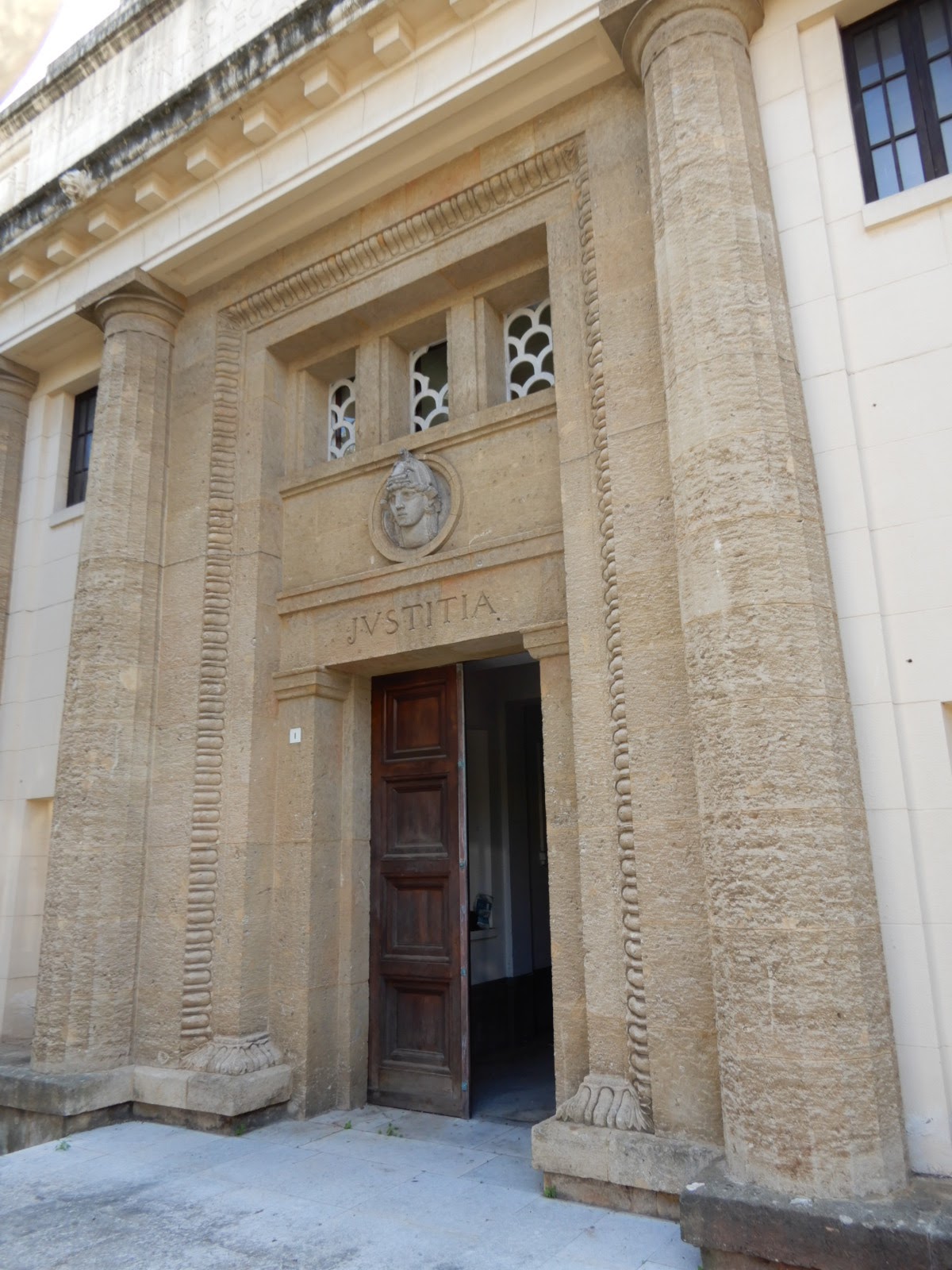 An entrance on a side wing. Classical elements, but severely styled.  Again, some damage above the sculpted head. 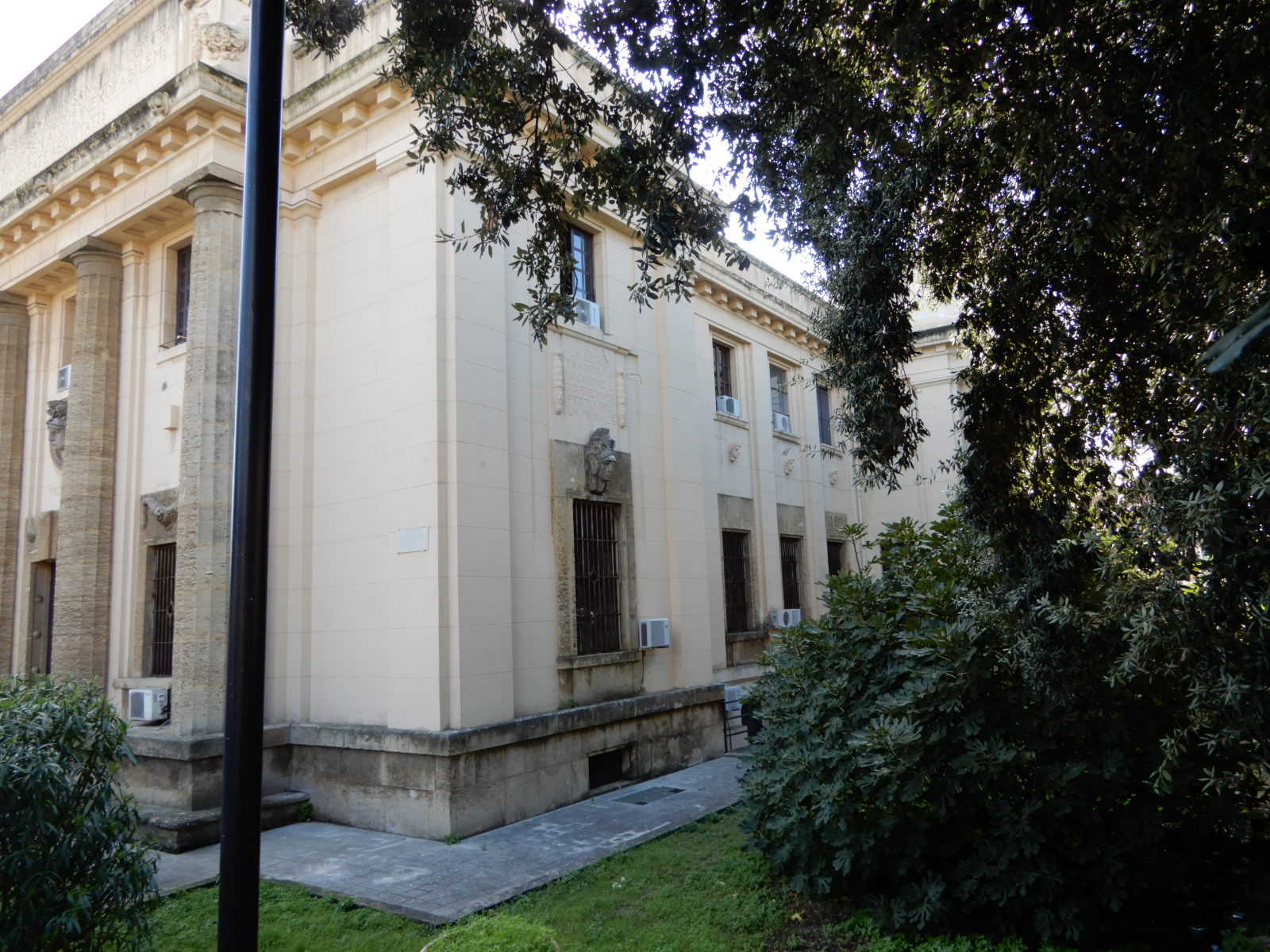 Corner of a side wing.  Considerable undecorated areas, harking to the future style. 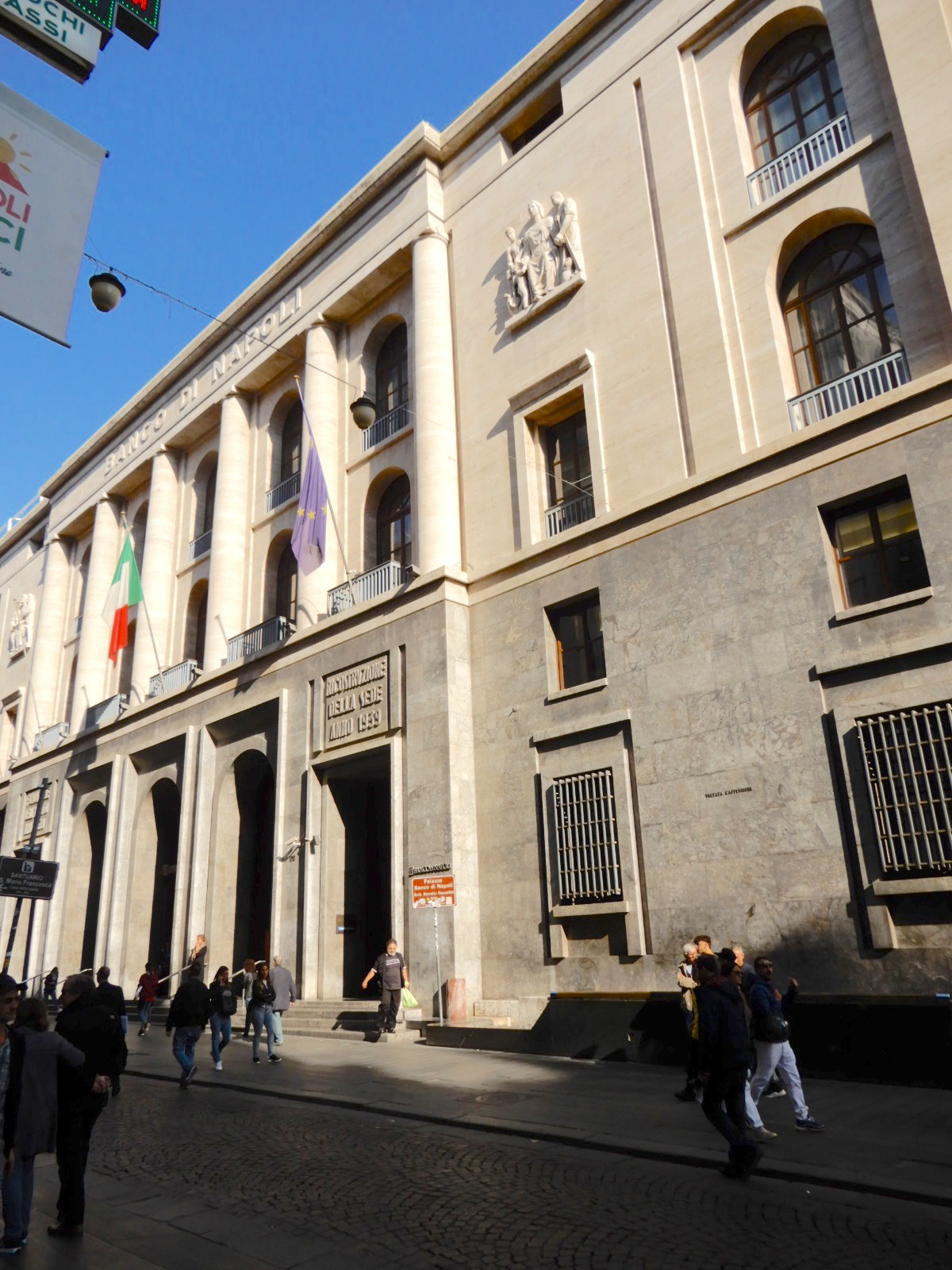 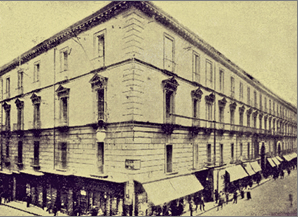 As it appeared in 1929, before its renovation. 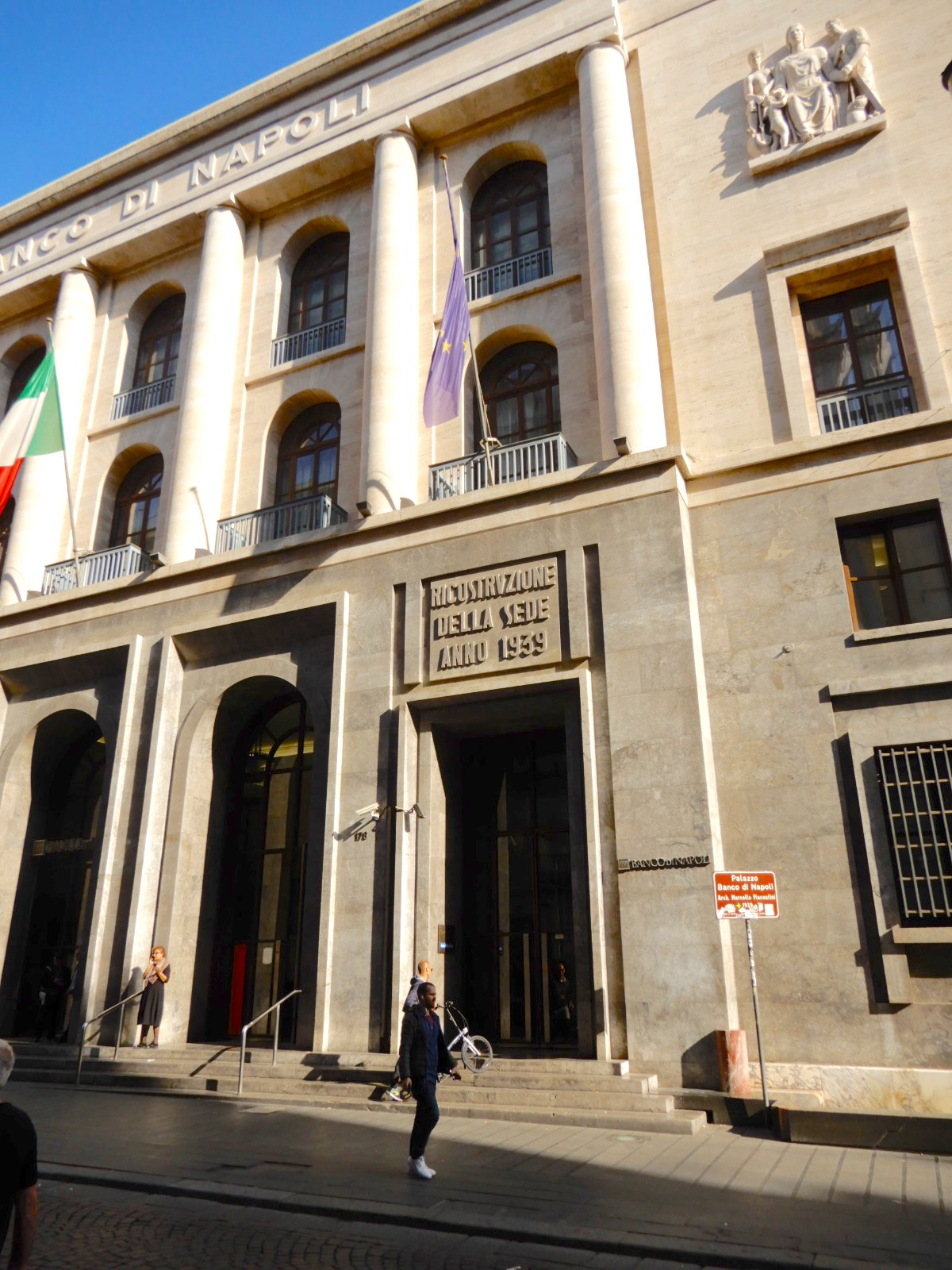 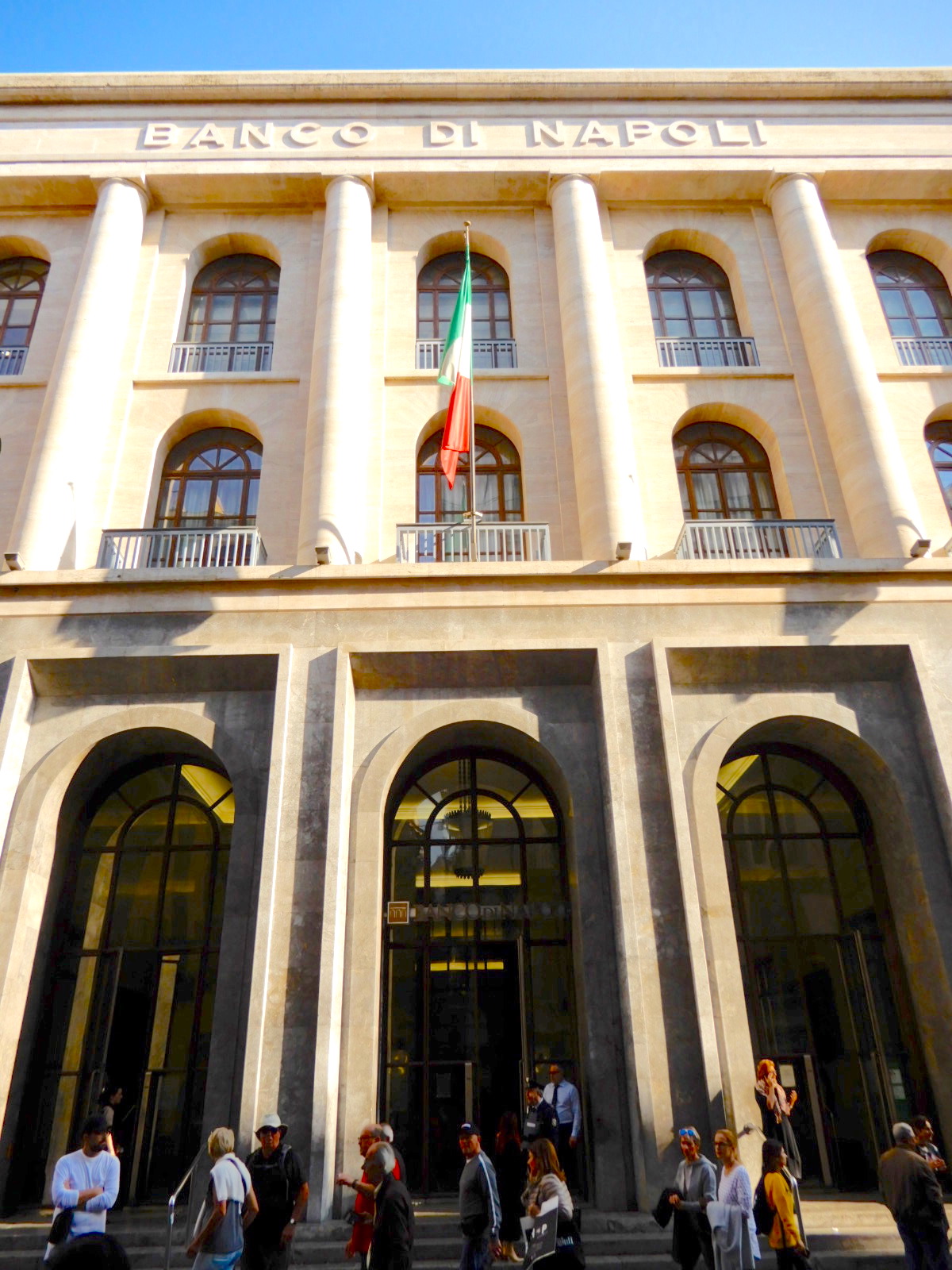 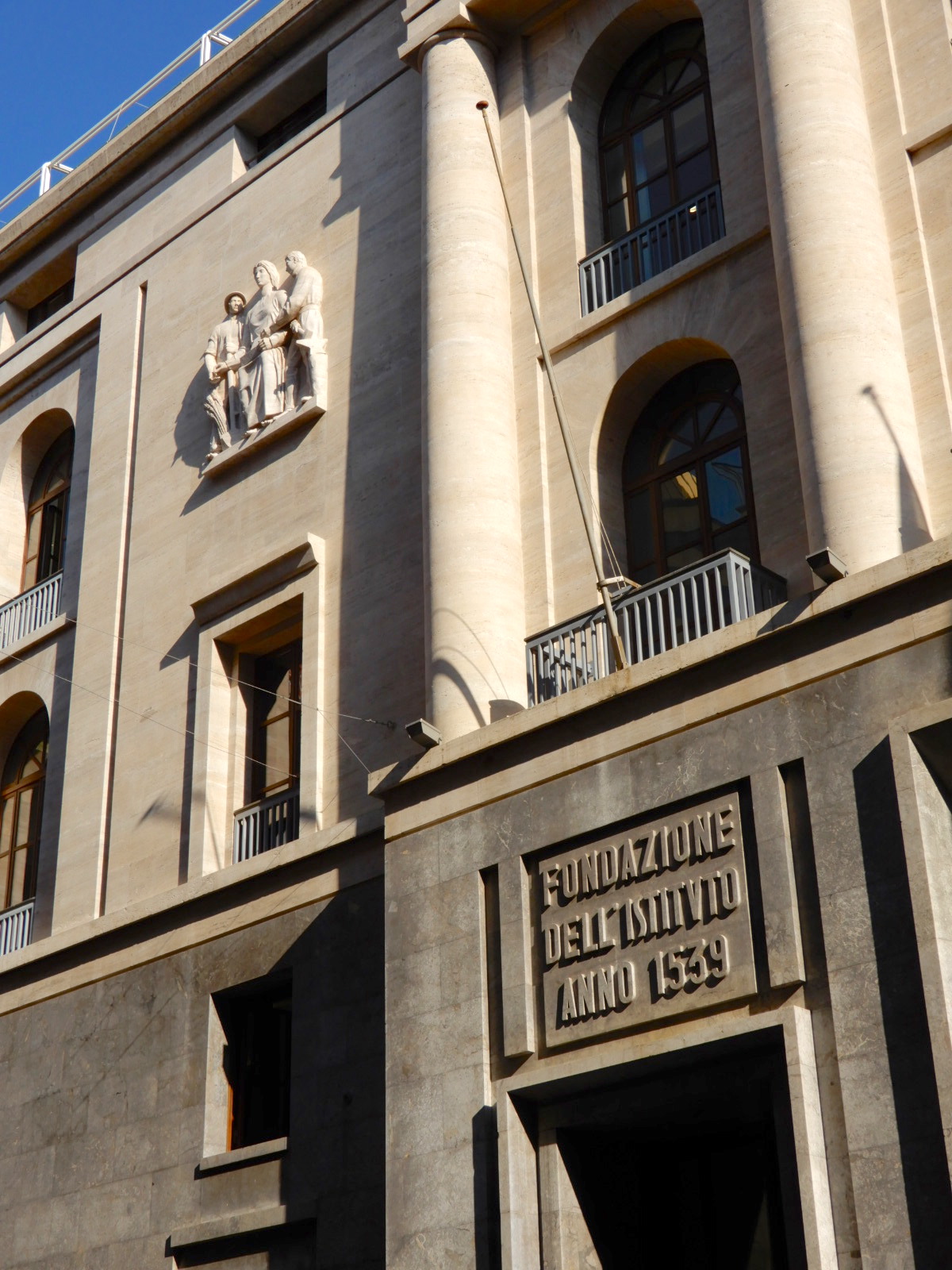 Plaque citing the bank's 1539 founding.  Note the sculpture on the wall. 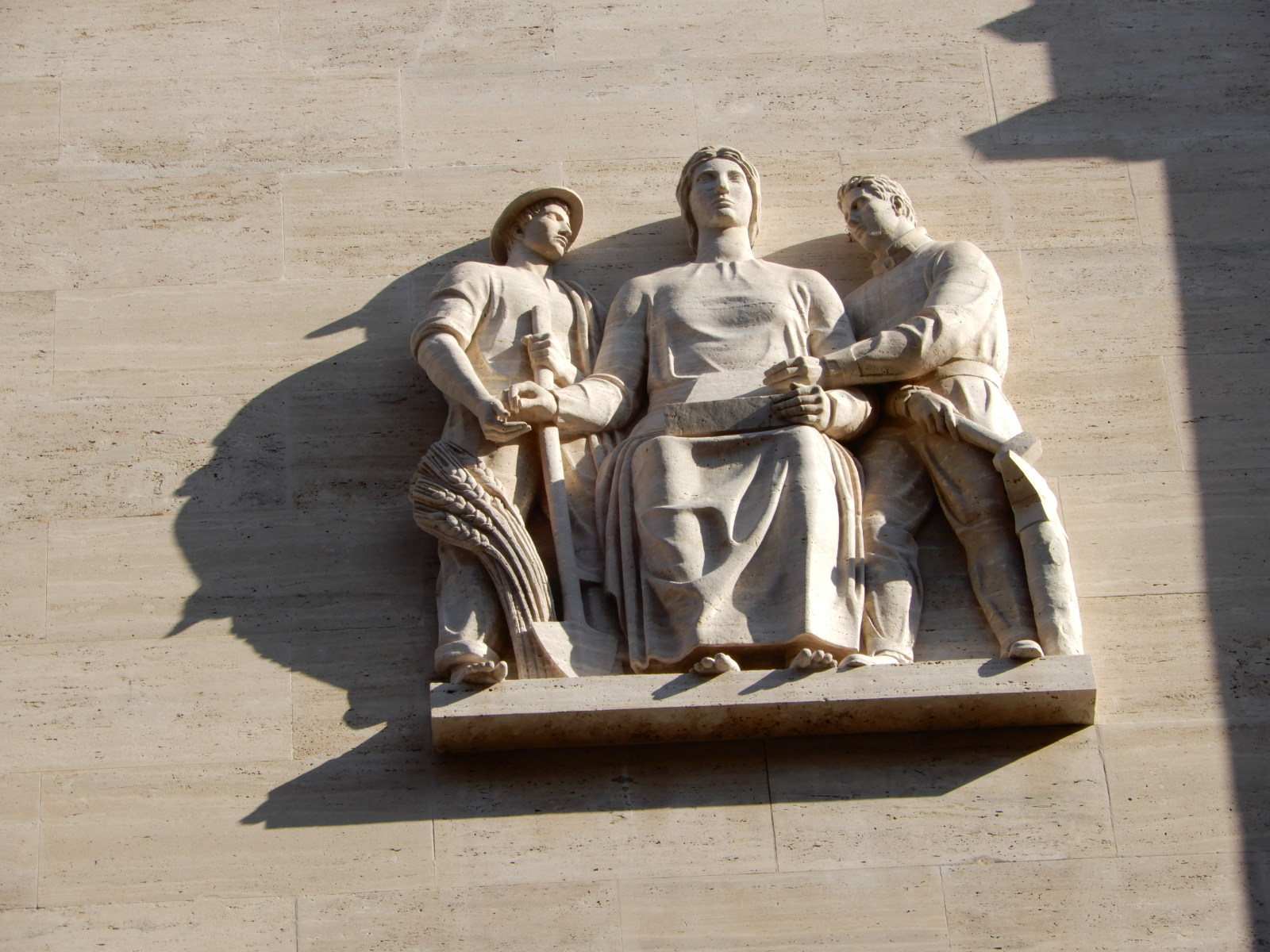 Close-up view of the sculpture.  These sculptures are the main ornamentation besides the forms used for windows and entrances.
Posted by Donald Pittenger at 1:00 AM