During the early years of the Soviet Union many younger painters embraced Modernism. This was a continuation of a process that had been going on during Czarist days: the appeal of the avant-garde. Modernism's appeal was further fed by the idealistic notion among Bolshevik-leaning artists that the Revolution created a great opportunity to cast aside the past and build a future both better than and distinct from the bourgeois past.

Vladimir Lenin died in January, 1924 while modernist painting was still prevalent, and there is no way of knowing what would have happened to Soviet art had he lived to, say, age 70 in 1940. However, it is known that he did not favor extreme Modernism. Because his health began to fail in 1921 and following his 1922 stroke his active influence regarding Soviet artistic practices was probably limited. Which is why it took his successor Josef Stalin to complete the job of eliminating Modernism as state-supported art.

The emergence of what became known as Socialist Realism began with the 1932 decree calling for a universal artists union. More details are here. Considerable background regarding this is in the second chapter of this book. Regarding Socialist Realist painting style, Matthew Cullerne Brown writes on page 92:

"Stalin laid upon these artists the task of establishing their brand of realism, based on the methods of the Itenerants [a 19th century group of Russian painters] and Russian academics, as the dominant one. This approach reflected both Stalin's personal tastes (cf. his fondness for [Ilya] Repin) and his understanding that the resulting art would be the most easily understood by the masses; it would be both popular and, as a story-telling art, the best vehicle for propaganda."

In the logic of totalitarian statecraft, Stalin's position was entirely rational.

It took until the later 1930s for Socialist Realism to become established. Most artists complied for reasons ranging from ideological commitment to matters of personal well-being. Some artists remained true to earlier ideals and had to eke out a living. A few such as Lev Vyazmenski and Yakov Tsirelson were purged and liquidated in 1938.

When I was in Málaga, Spain in November I visited a branch of St. Petersburg's excellent Russian Museum. It was holding a year-long (ending February 2019) exhibit titled "The Radiant Future: Socialist Realism in Art." A fine exhibit. Plenty of examples, some of which I even knew about before I visited. Of course I took lots of snapshots. Some were of a few paintings made before and during the early years of the implementation of Socialist Realism. They are hardly representative of the Soviet artistic scene of 1930-1934, but provide a sense of modernist-influenced politically-themed art still considered acceptable. Click on the images to enlarge. 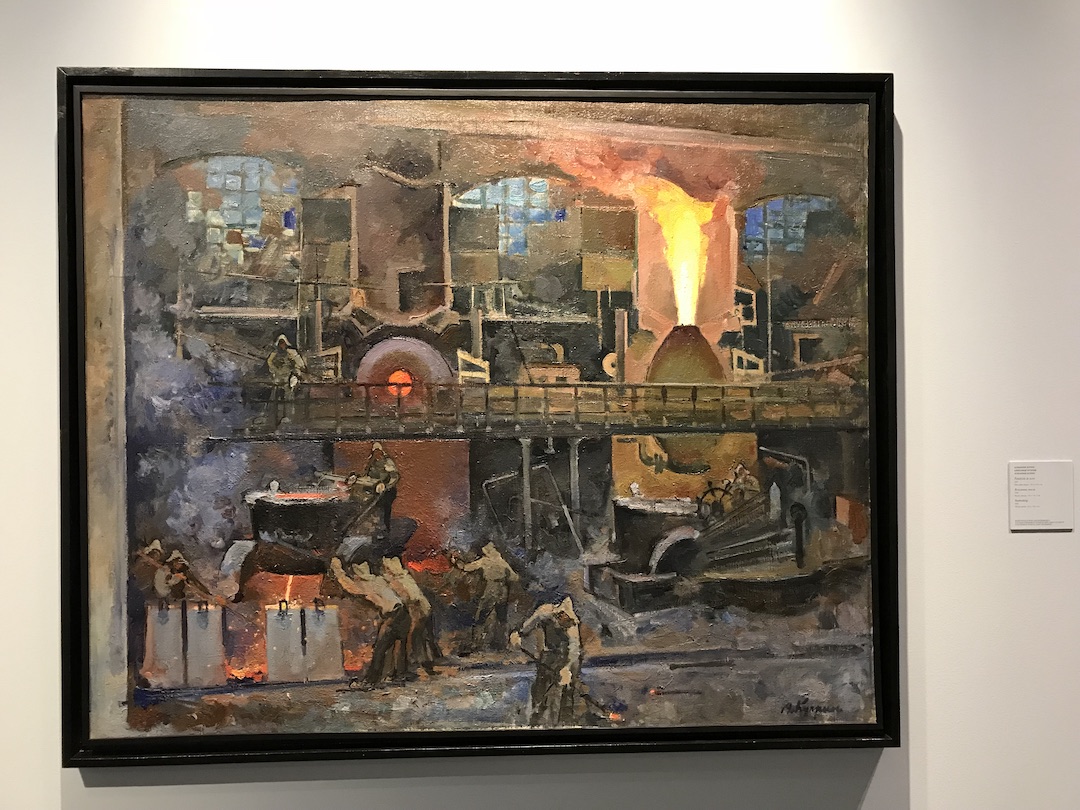 Kuprin, Aleksandr - Steelmaking - 1930
The steelmaking equipment is given better detail than the workers in the foreground. 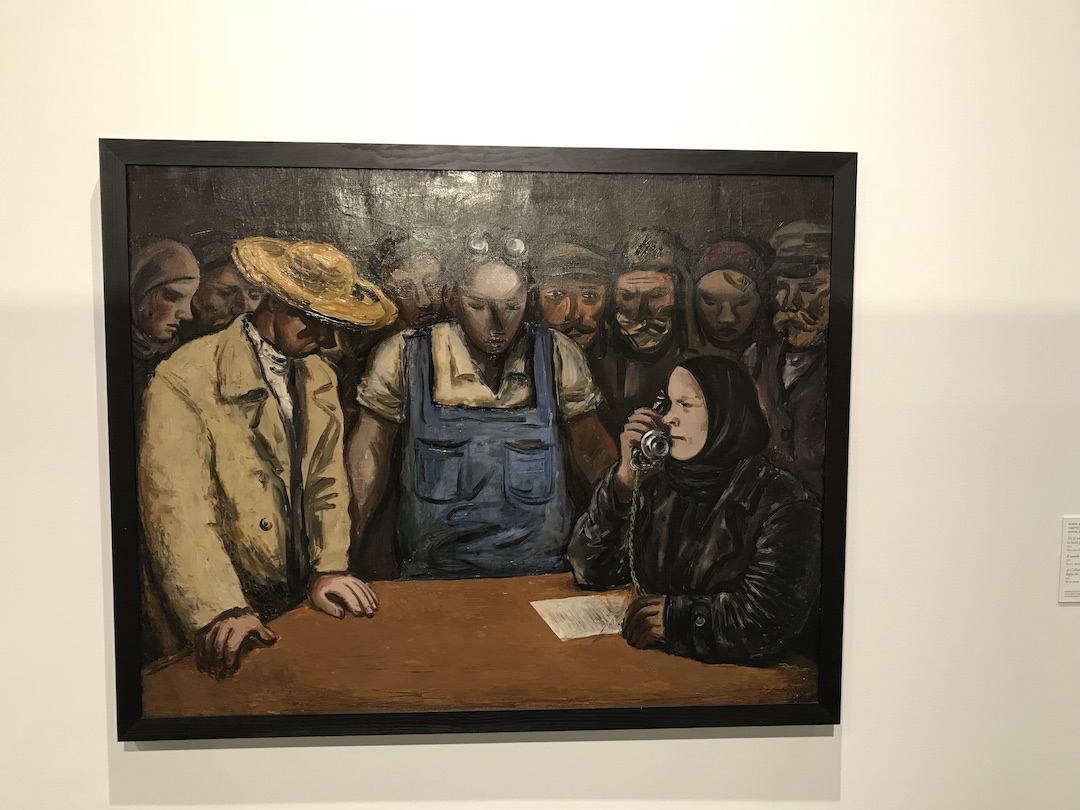 Adlivankin, Samuel - We Will Close the Gap - 1930
This seems to be an industrial setting where production targets are in danger of not being attained. The workers are about to heroically reach or even surpass those goals via collective action. Adlivankin, Samuel - At Collective Farm Headquarters Before the Assault on the Gap - 1931
The same situation, but in a rural setting. In these two paintings the style is modernist-influenced, but basically representational bordering on being cartoon-like. 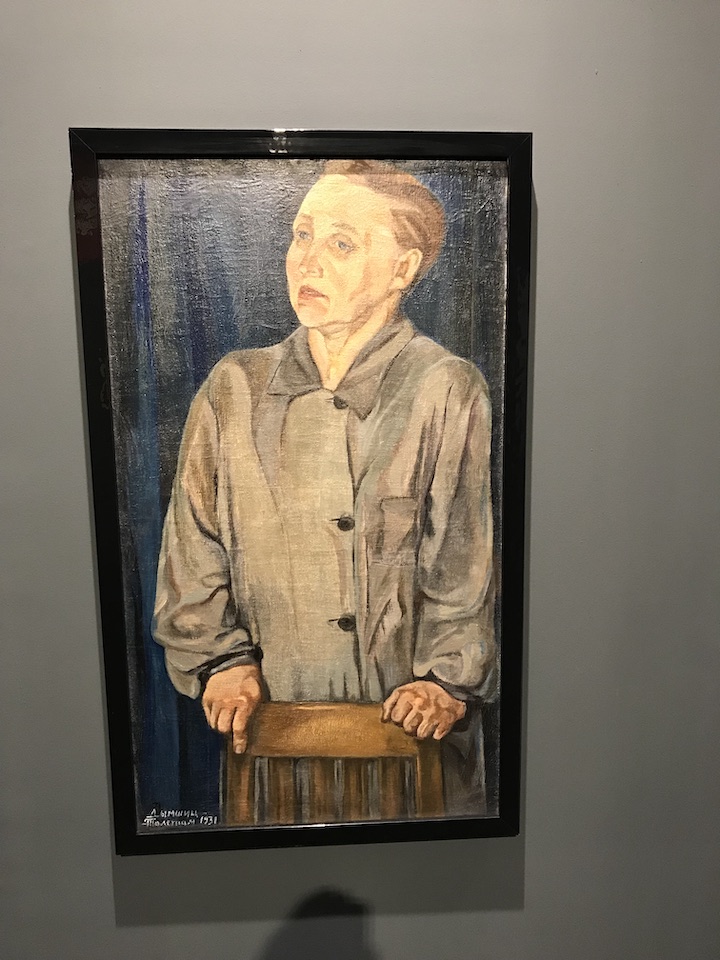 Dymschyz-Tolstaya, Sofia - Agitator Worker - 1931
A rather sickly-looking subject, hardly the strong sort of personality one might expect for a man in that role. The style here carries a whiff of Expressionism. 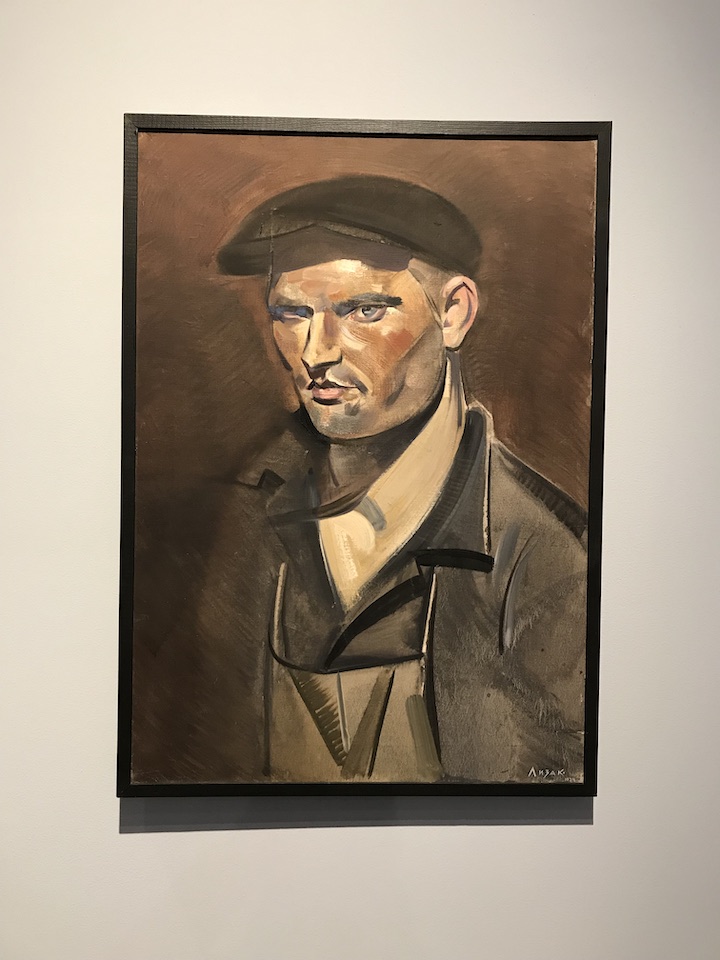 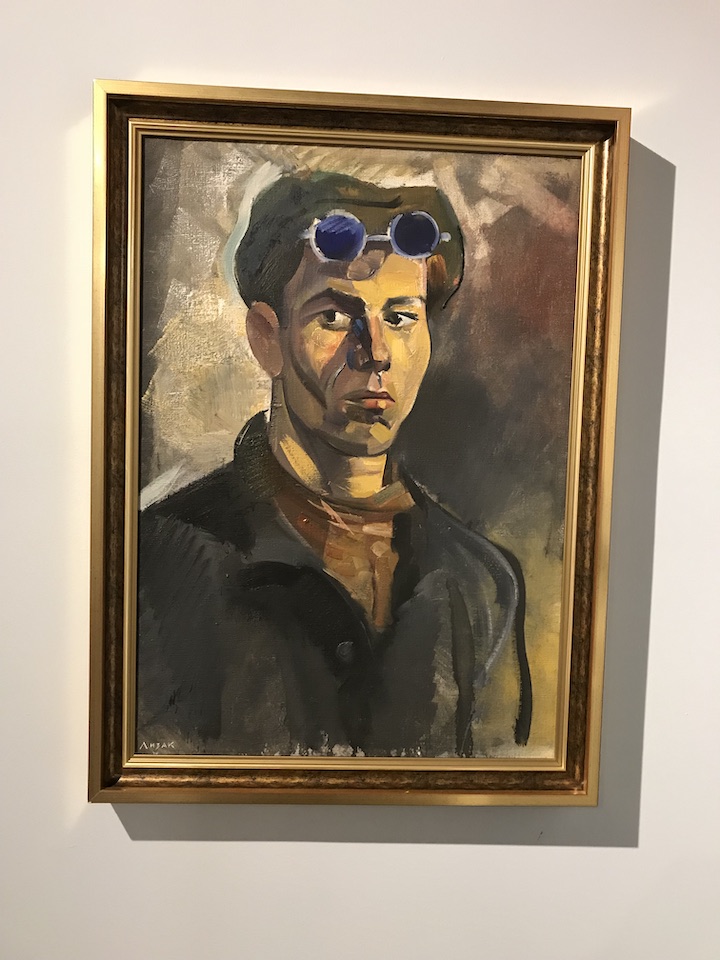 Lizak, Israil - Portrait of the Steel Founder Andrei Krylov (Study) - 1934
A softer portrayal by the same artist.  Getting closer to actual Socialist Realism, but still a ways from its classic forms. That this is a study and not a completed work might account for some of its style.
Posted by Donald Pittenger at 1:00 AM