François Barraud, From Housepainter to Painter

François Barraud (1899-1934) was born and died in Switzerland, but spent much of his adult life in France where he worked as a housepainter and did other odd jobs while studying art. A brief Wikipedia entry about him is here.

Barraud's career was short, peaking 1928-1933, before he died of tuberculosis. Many of his paintings shown on the Internet depict him and his wife. These seemingly personal projects make me wonder how or whether he was able to make a living as a professional artist.

His style was strongly representational, rather hard-edged, yet with a touch of the Modernist-favored simplification and distortion prevalent at the time. 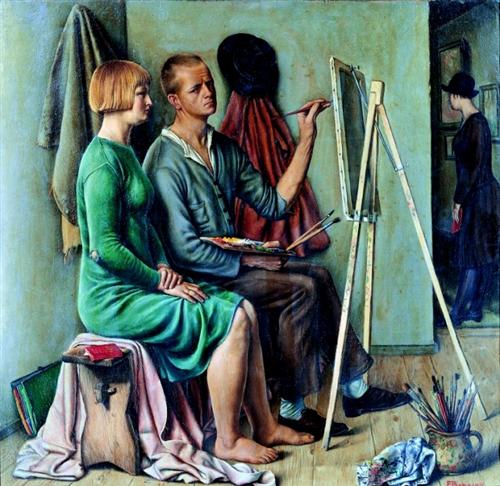 L'atelier - 1928
Self-portrait of the artist along with his wife who might have been posing for him (note the hole at her elbow). 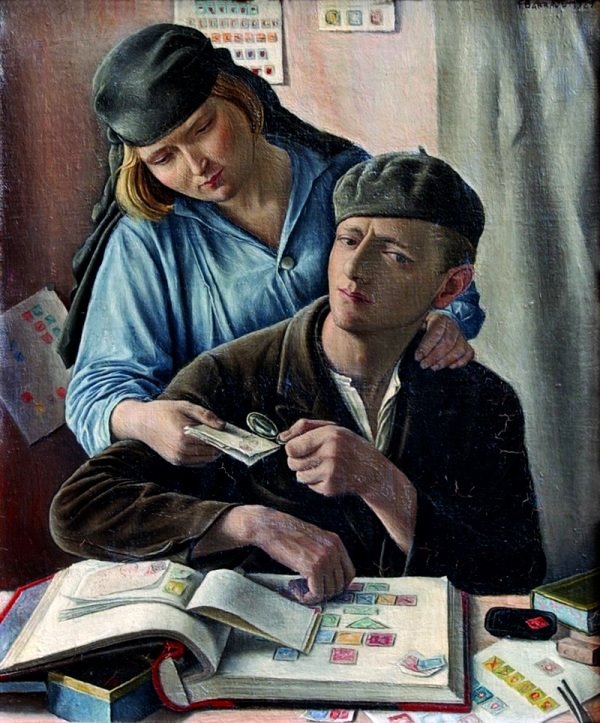 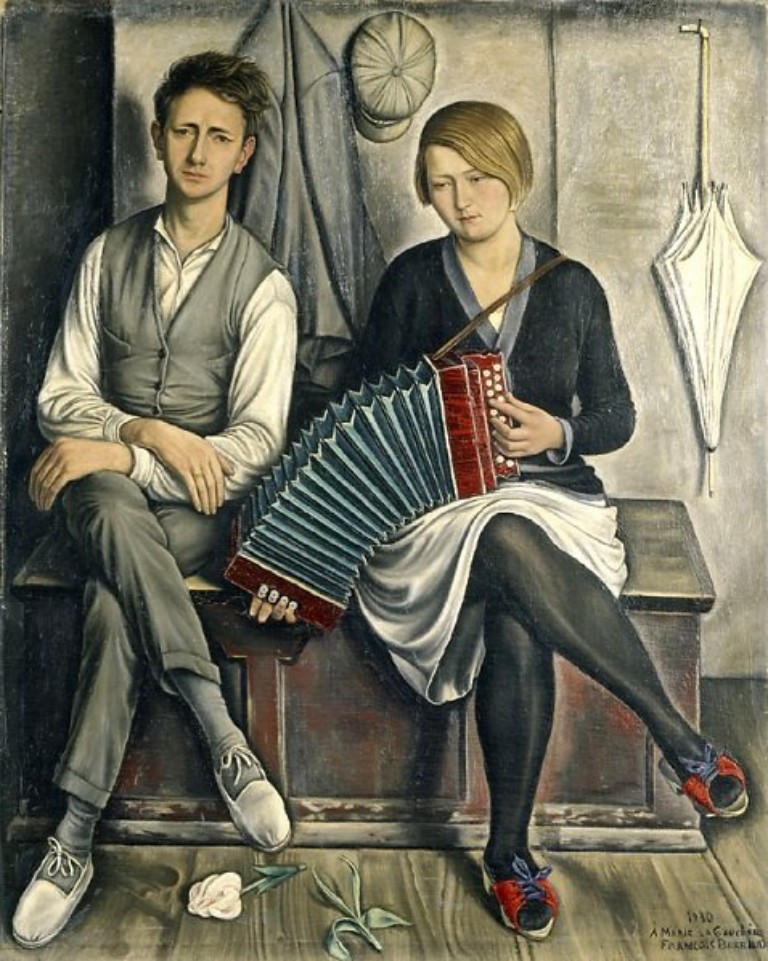 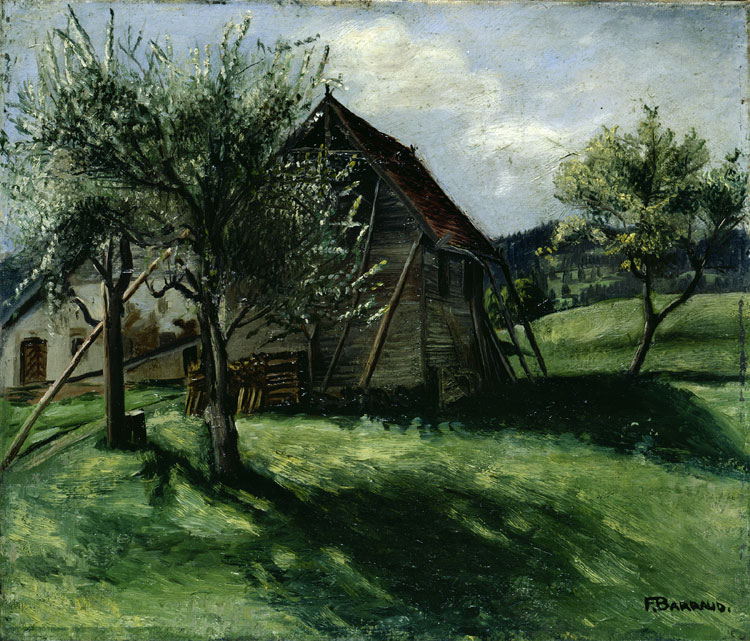 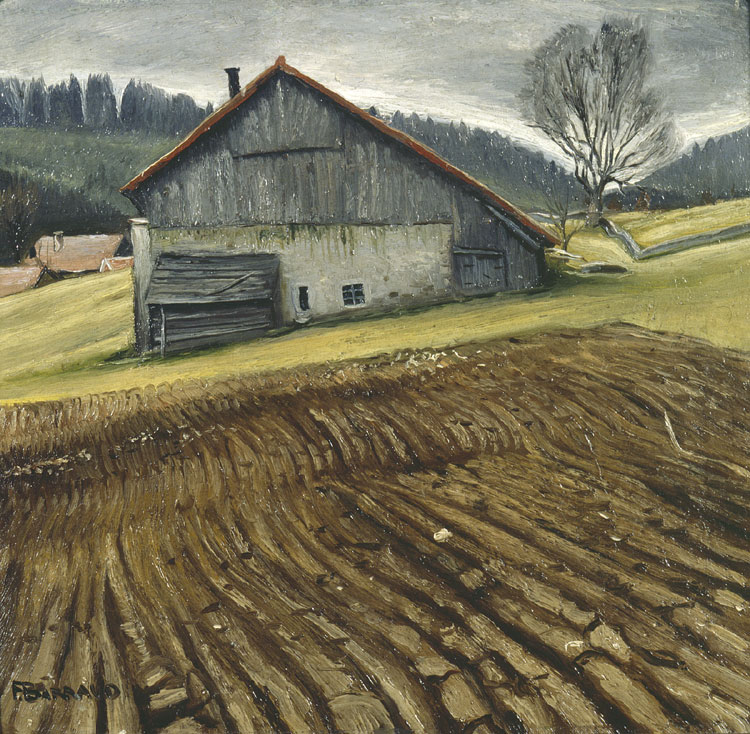 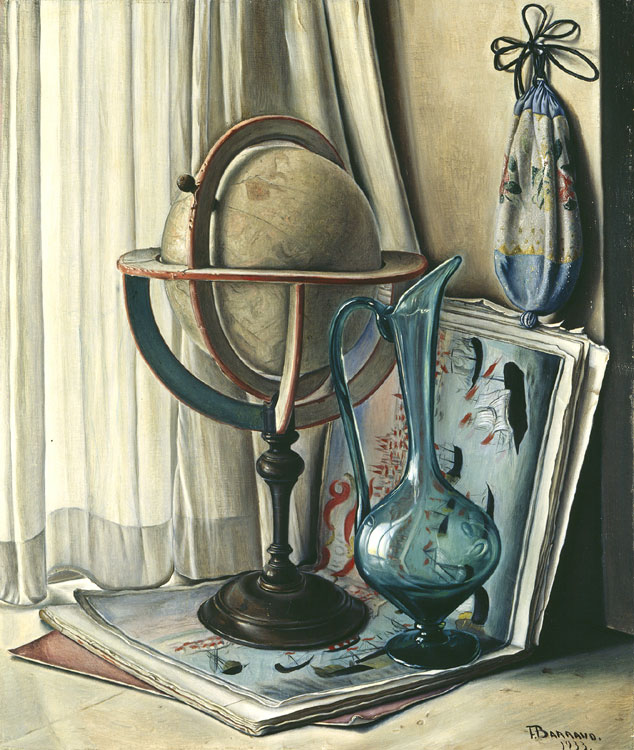 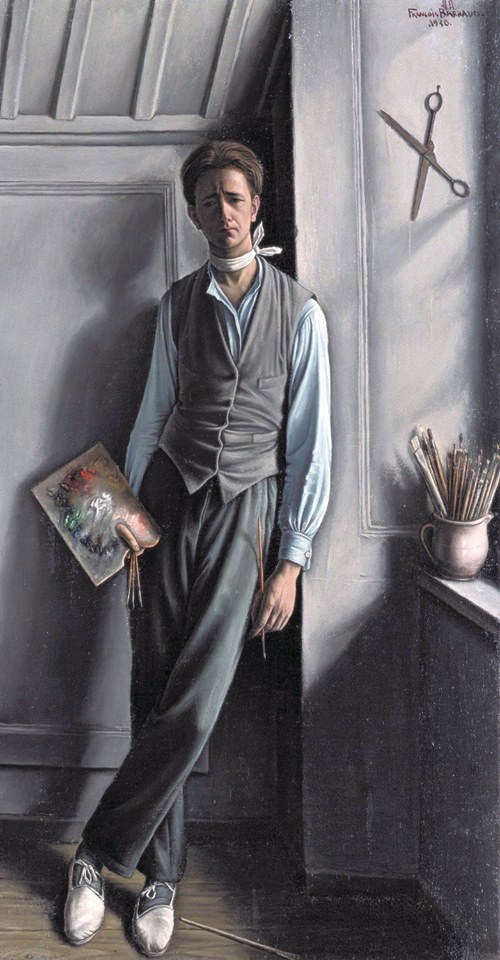 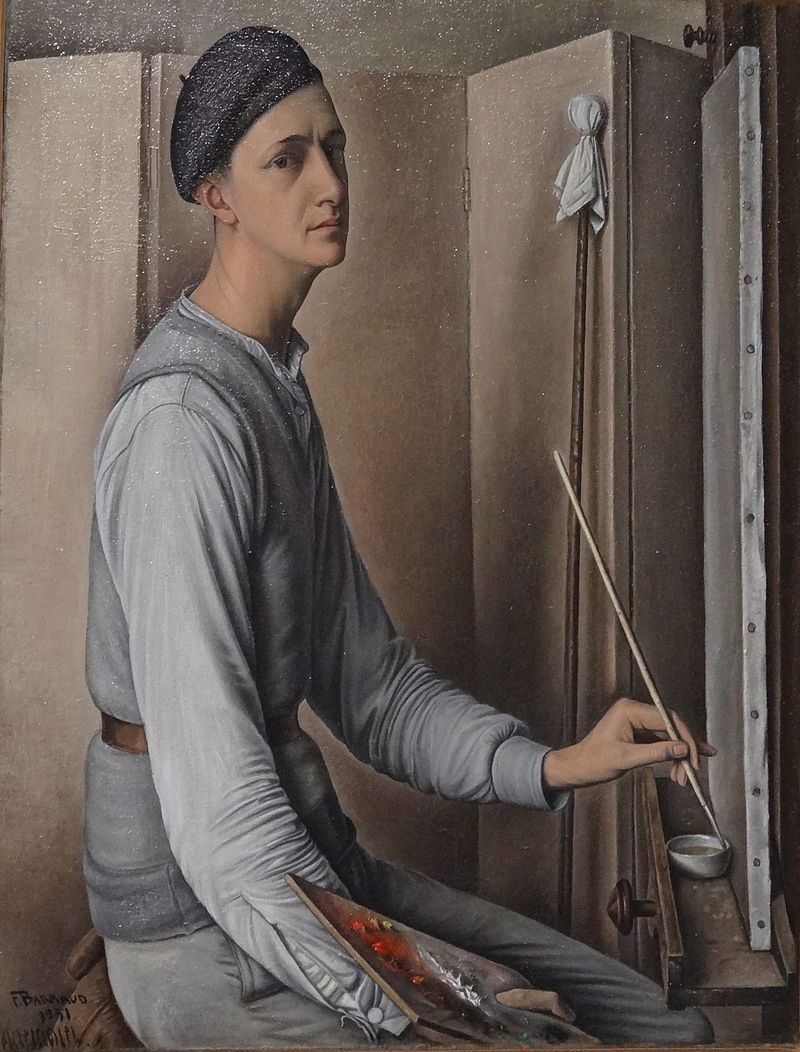 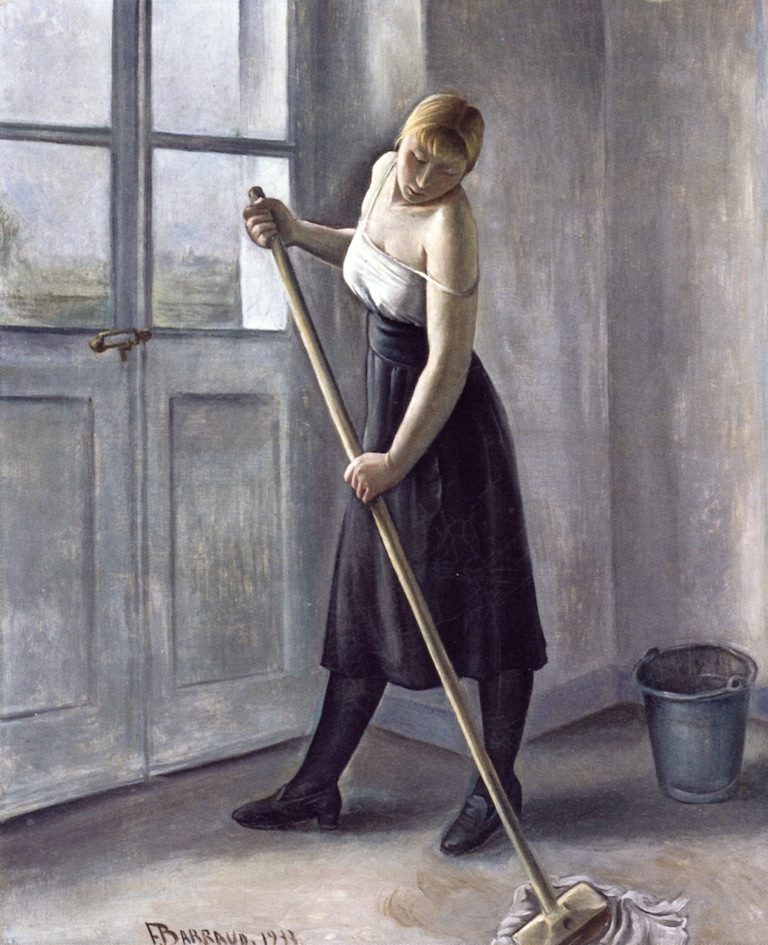 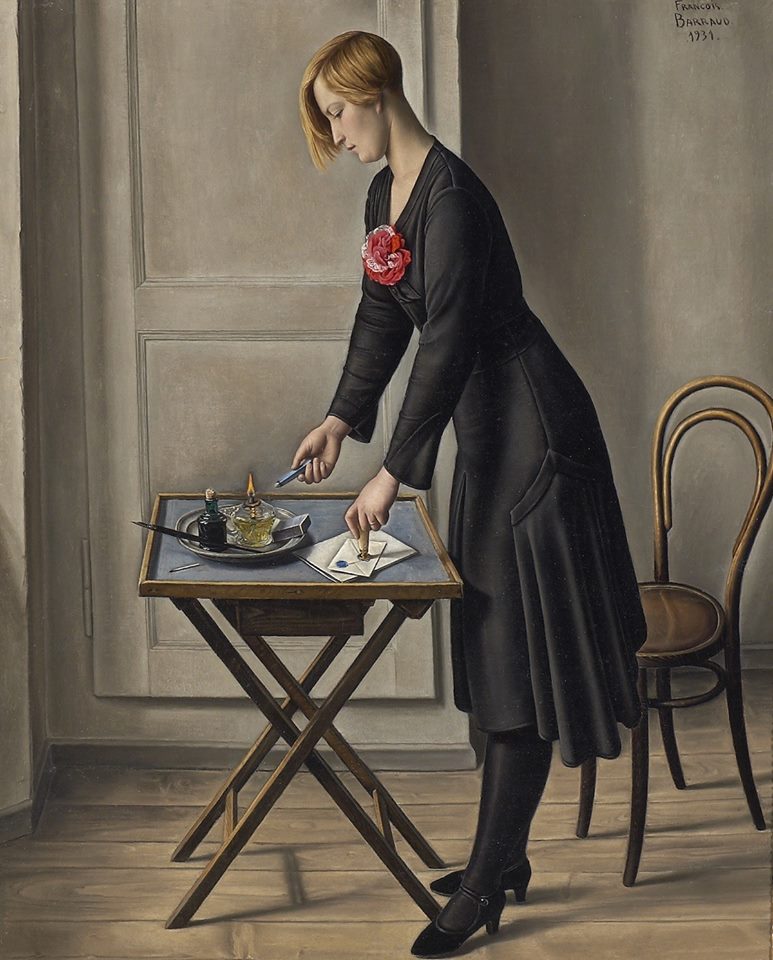 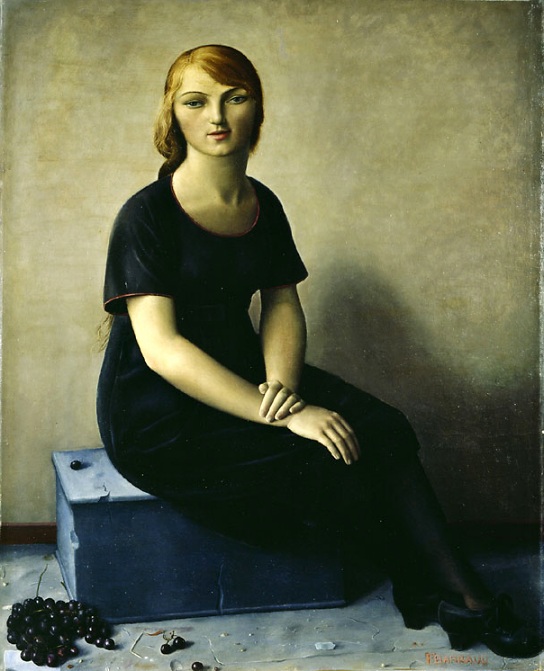