John Singer Sargent (1856-1925) was a first-rate painter best known for his portrait work. He also had a deft touch when making oil sketches.

The Clark art museum in Williamstown, Massachusetts had two fine examples on display when I visited in September. One is titled "Street in Venice" (Clark link to it here), the other is "A Ventian Interior" (link here). Both were painted circa 1880-82.

Some photos I took are below: click on the images to enlarge. 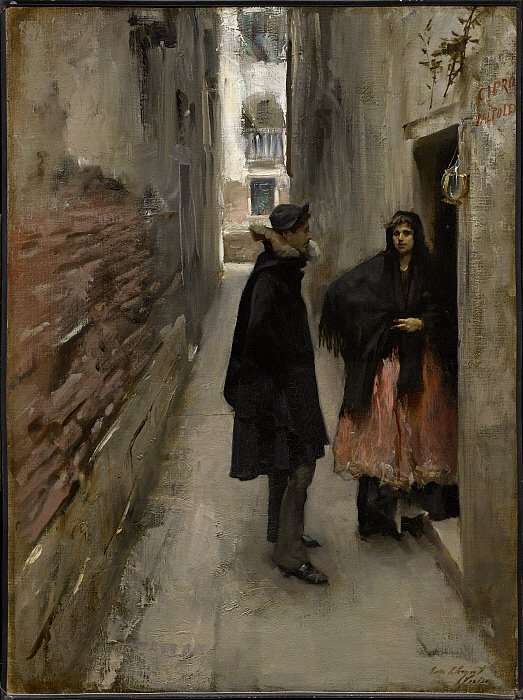 Image of "A street in Venice" from the Clark web site. 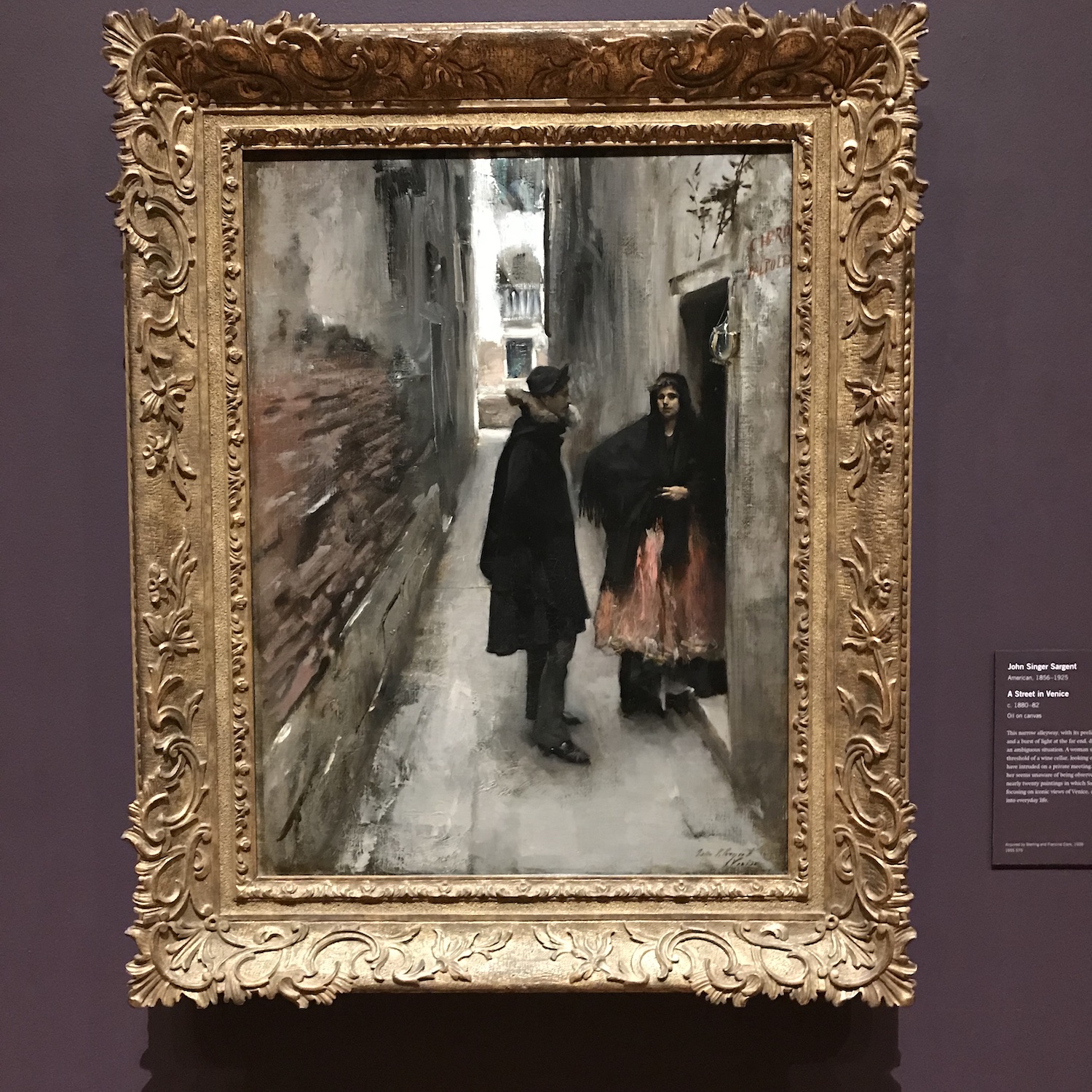 As it appeared in the gallery: compare to the size of the plaque. 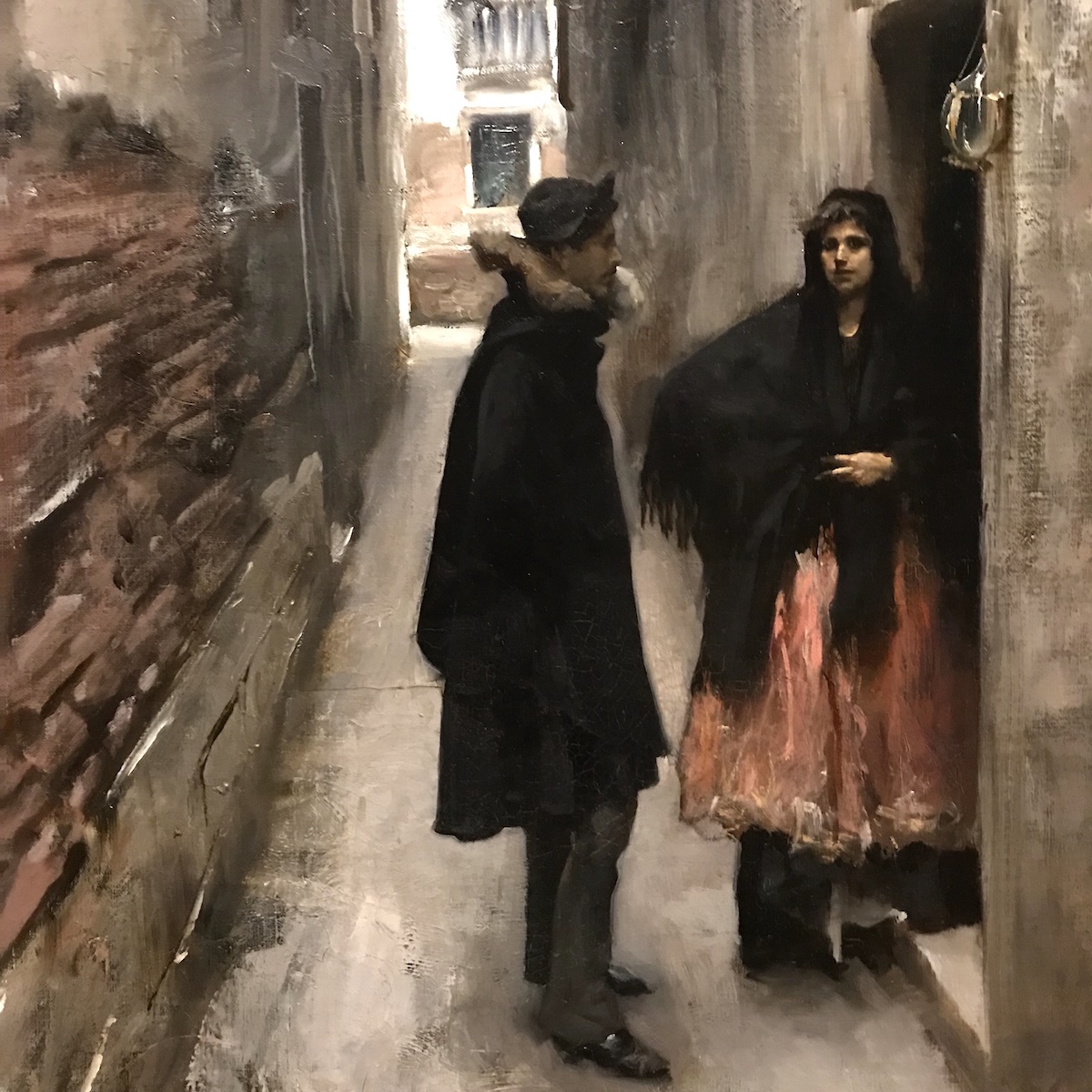 Zooming in on the figures. The actual sizes of the woman's face and hands are quite small: again compare to the plaque. 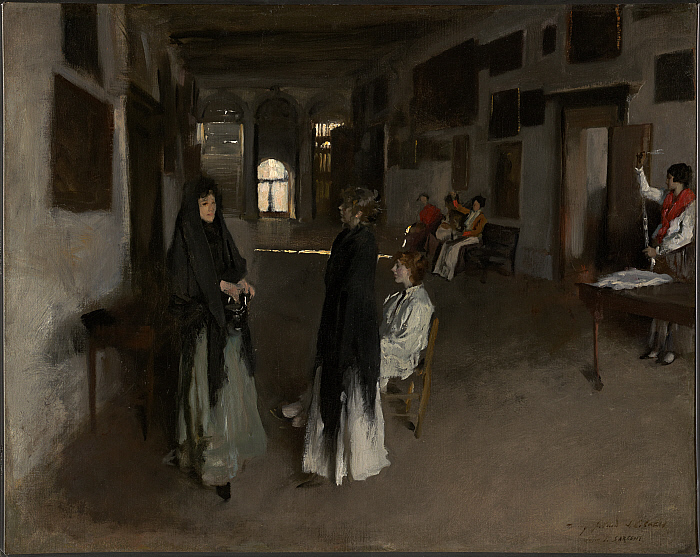 Clark image of "A Venetian Interior." 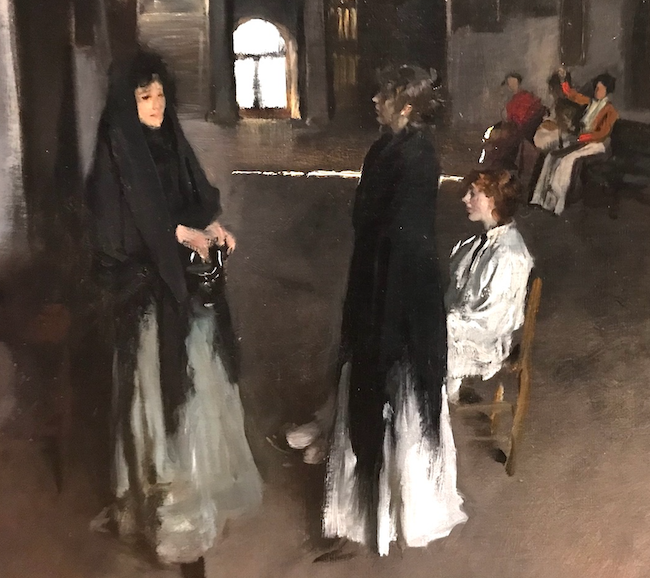 Once again, Sargent is close to miniaturist mode when doing the foreground faces.
Posted by Donald Pittenger at 1:00 AM