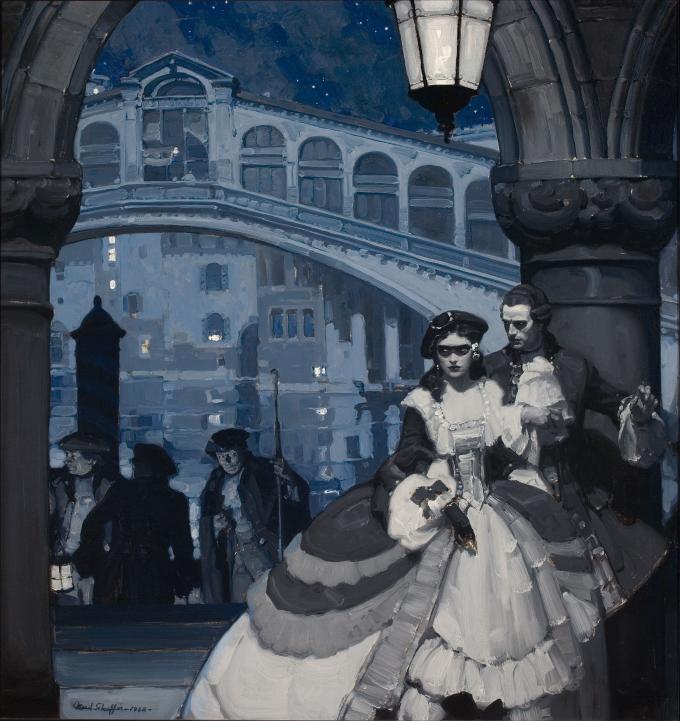 One of Venice's most famous tourist sites is the Rialto Bridge across the Grand Canal. It is shown above in a fine 1932 story illustration by the great Mead Schaeffer. 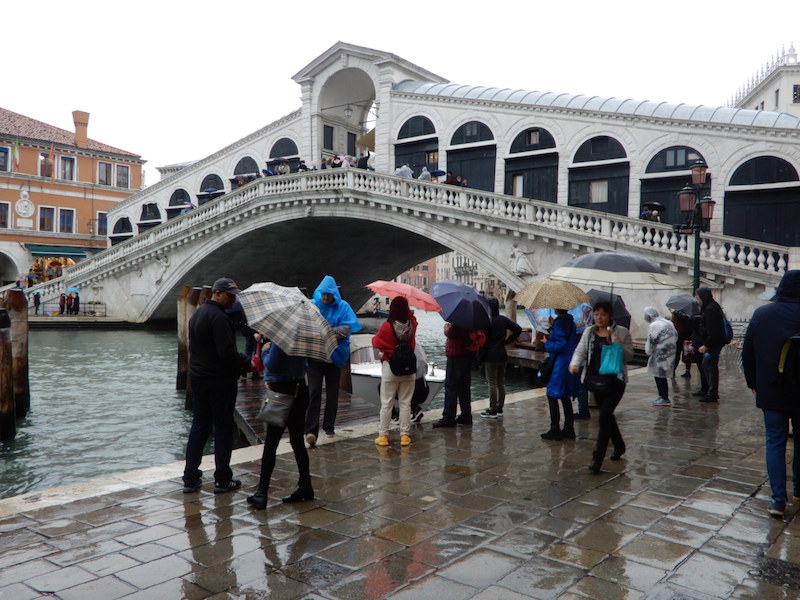 As the link mentions, it is not the only bridge at that location. A pontoon bridge was first, built in 1181. It was replaced in 1255 by a wooden bridge that was later damaged by fire in 1310 and collapsed in 1444. A rebuilt version again collapsed in 1524. The present stone arch bridge was completed in 1591, nearly 430 years ago. 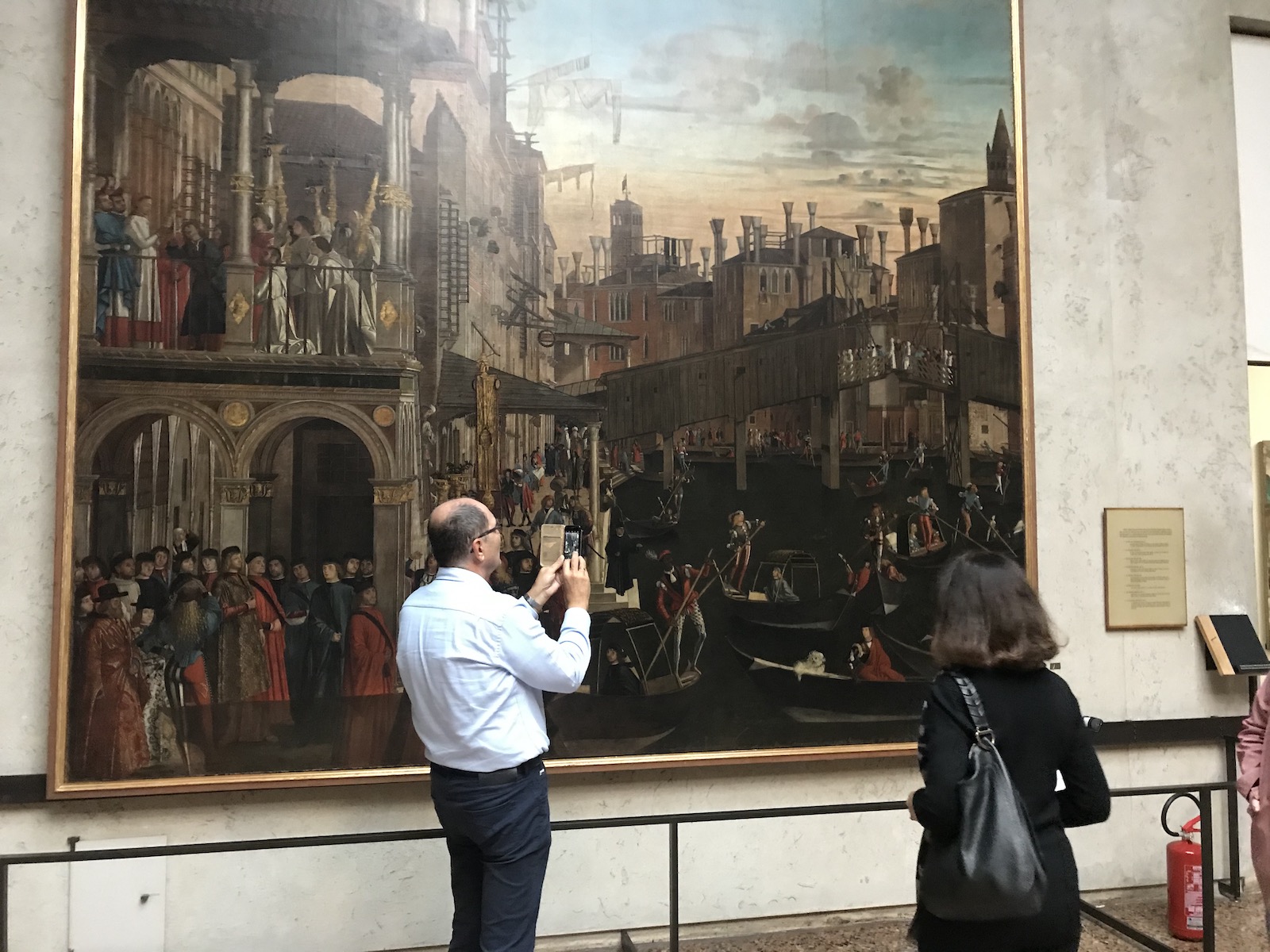 Any Venice visitors curious about the Rialto's predecessor can view a painting featuring it in the Accademia art museum directly across the Grand Canal's Accademia Bridge from the San Marco side. That painting is Miracolo della reliquia della Croce al ponte di Rialto (1494) by
Vittore Carpaccio, Wikipedia entry here. 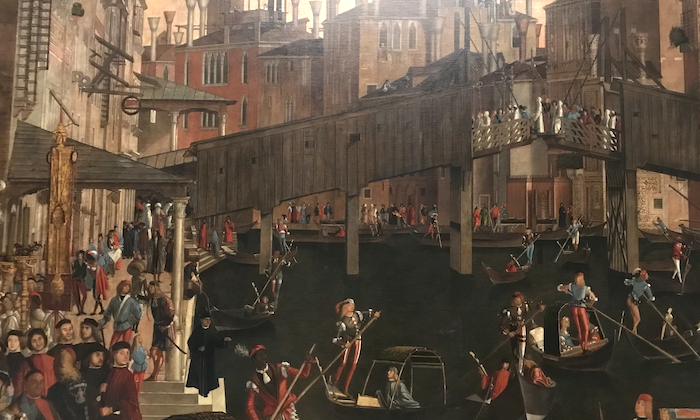 Here is a detail view featuring the bridge via my iPhone. Click on the image to enlarge.
Posted by Donald Pittenger at 1:00 AM