The Really Good but Rather Odd Charles Sims

His Wikipedia entry states: "In 1928, experiencing hallucinations, paranoia and insomnia, brought about by the horrific scenes he had witnessed as an official war artist and by his son's death [as a soldier in the Great War], Sims committed suicide by drowning himself in the River Tweed near his home in St. Boswells, Scotland."

Up until a few years before, his work was cleanly done with imagination along with the occasional odd twist, as can be seen below in the Gallery.

As for Sims' training, says Wikipedia: "he moved to art in 1890 and enrolled at the South Kensington College of Art, before moving to Paris for two years at the Académie Julian. In the need of bursaries to support himself, he moved back to London and enrolled at the Royal Academy School in 1893. In 1895 he was expelled." Why he was expelled is not stated, but most likely he rebelled against its curriculum, an instructor, or all of that.

The images below trace his career in approximate chronological order. 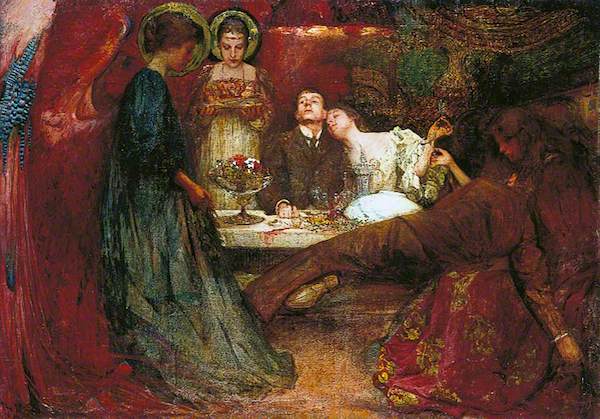 What are these to me and you who deeply drink of wine - 1895
Painted about the time he was expelled from the Royal Academy school (in 1915 he became a member of the Academy). 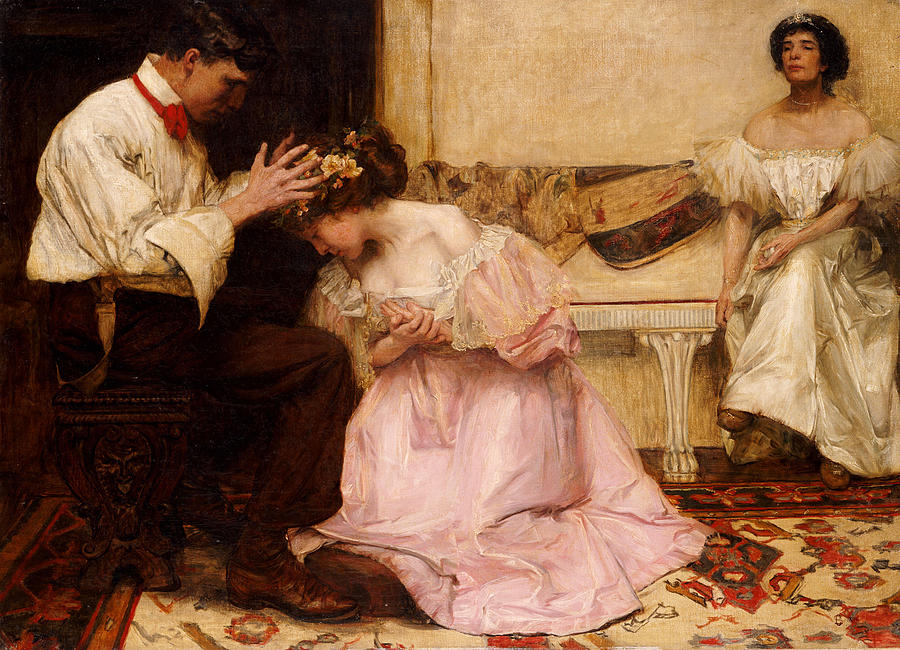 The Two Crowns - 1896
Again, from near his student days. An odd scene, but conventionally painted. 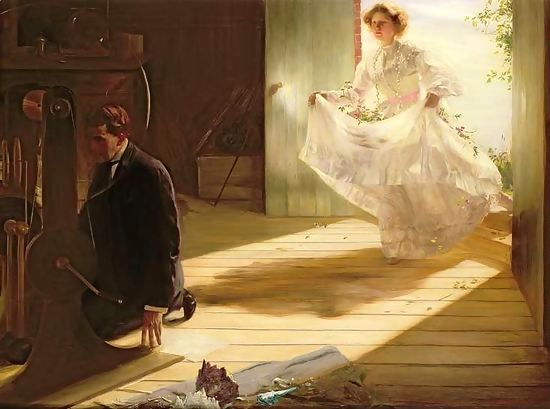 Untitled - 1898
An even stranger scene about which I know nothing at present. 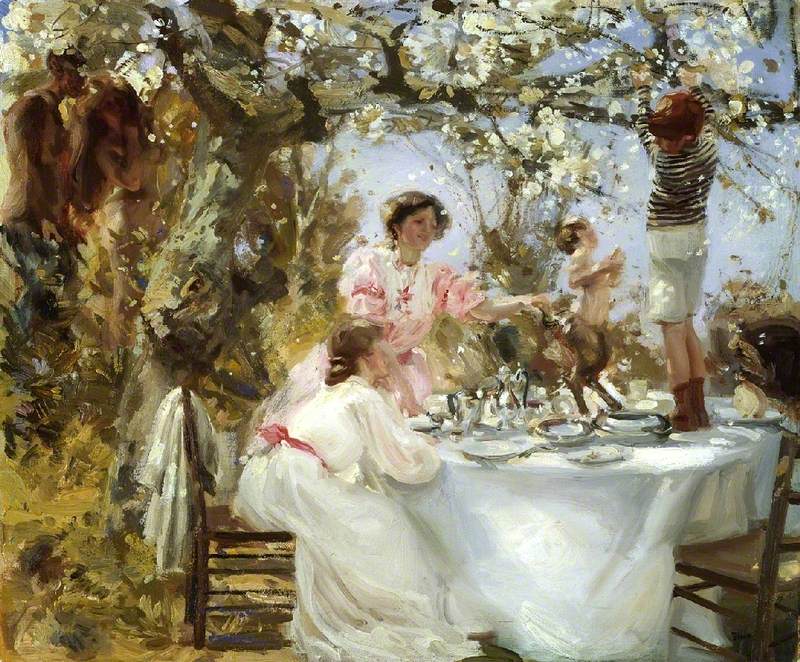 The Little Faun - 1905-06
The faun is on the table. If you click to enlarge the image you will better see how sketchily it was painted. Note how bright this is compared to the previous paintings. 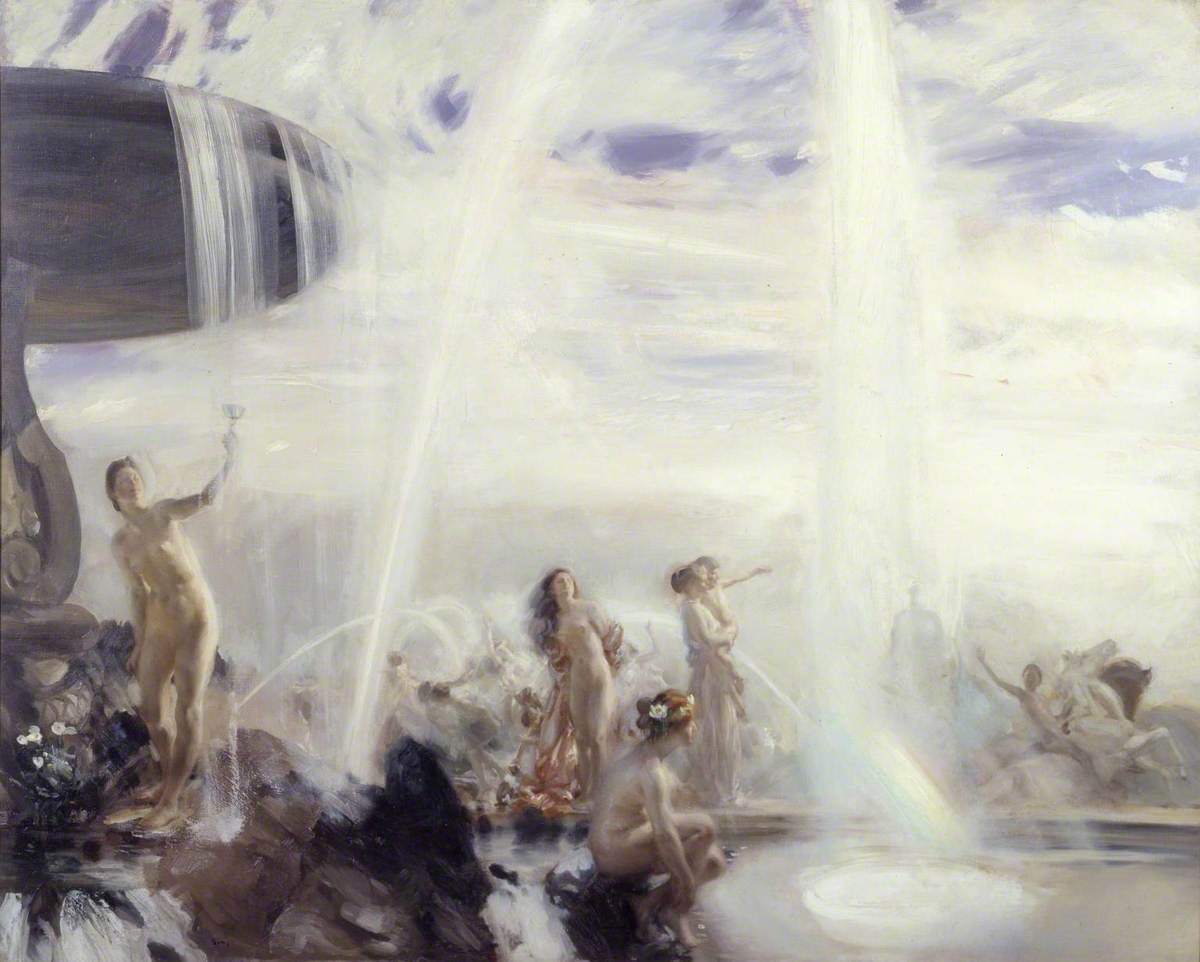 The Fountain - 1907-08
Another brightly done scene -- another fantasy. 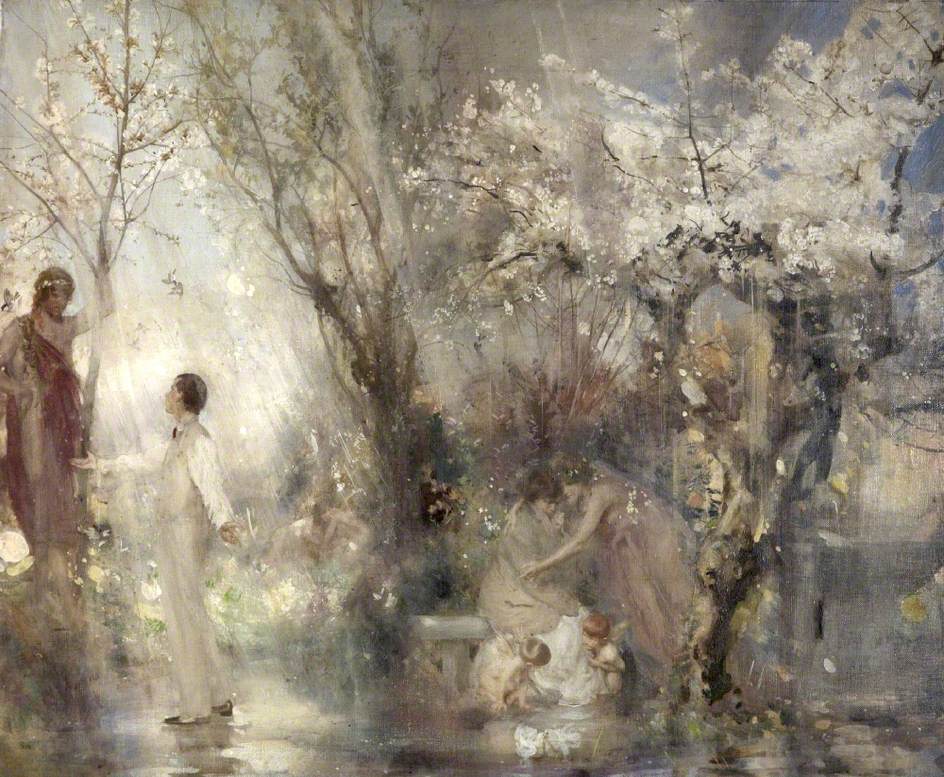 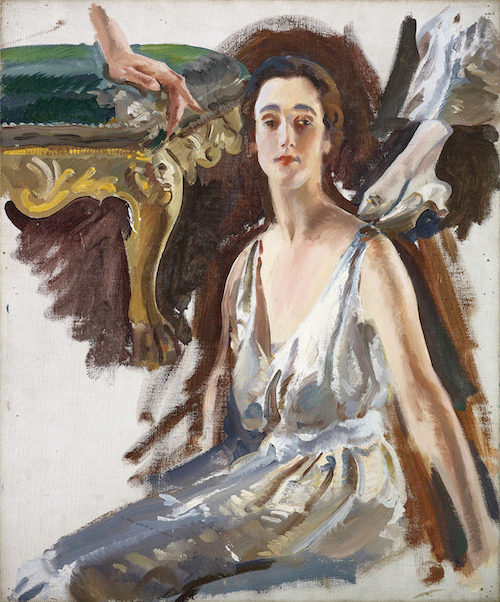 Sybil, Countess of Rocksavage (1894–1989) (later Marchioness of Cholmondeley) - c. 1922
This is a study. The hand at the upper left would appear at the lower right in a finished version. 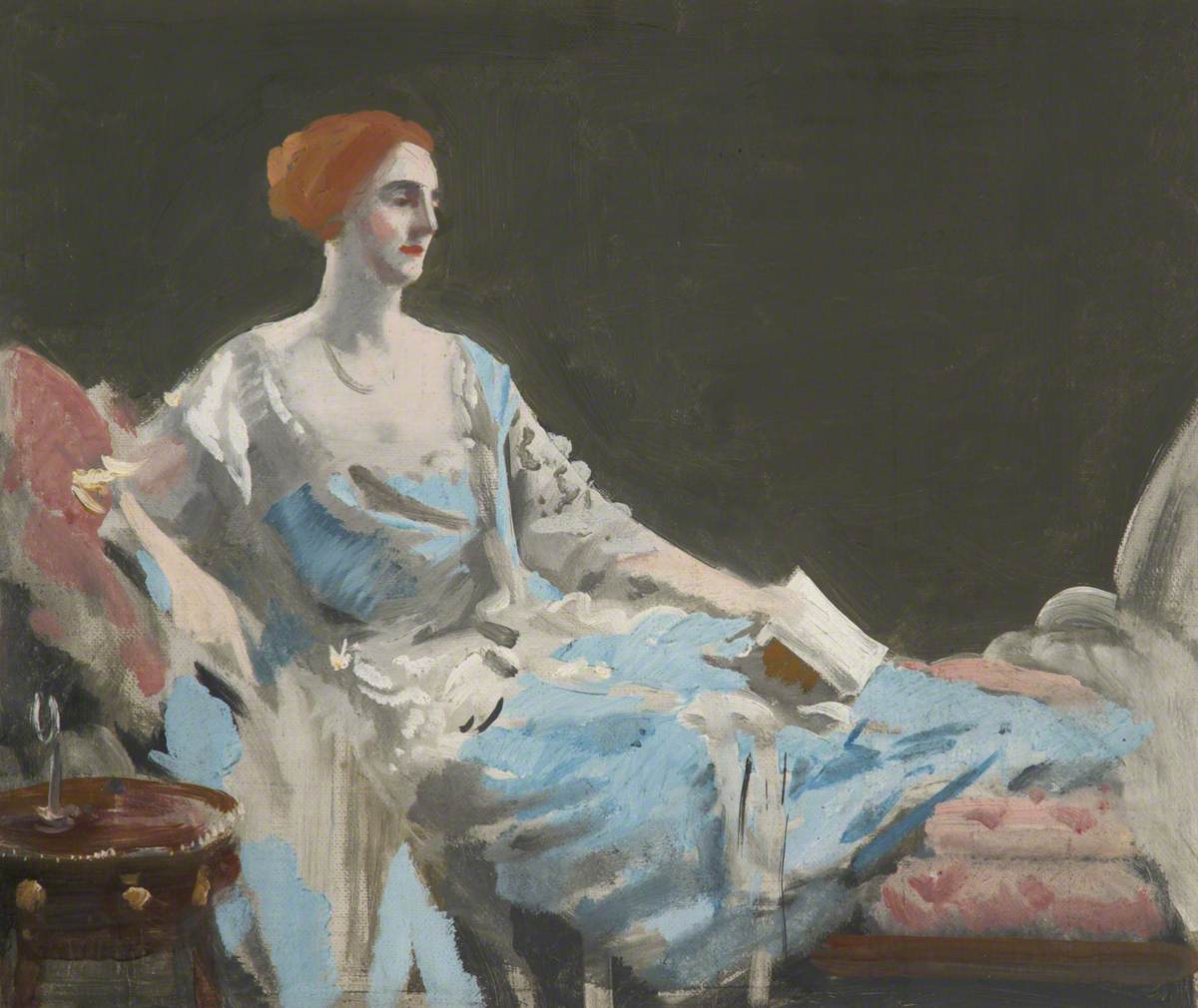 Lady Rocksavage - c. 1923
Another study of the same subject. 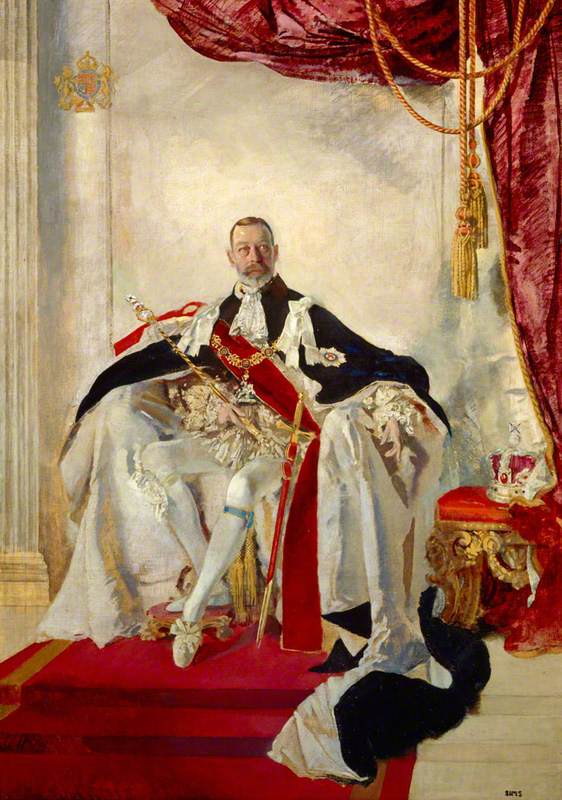 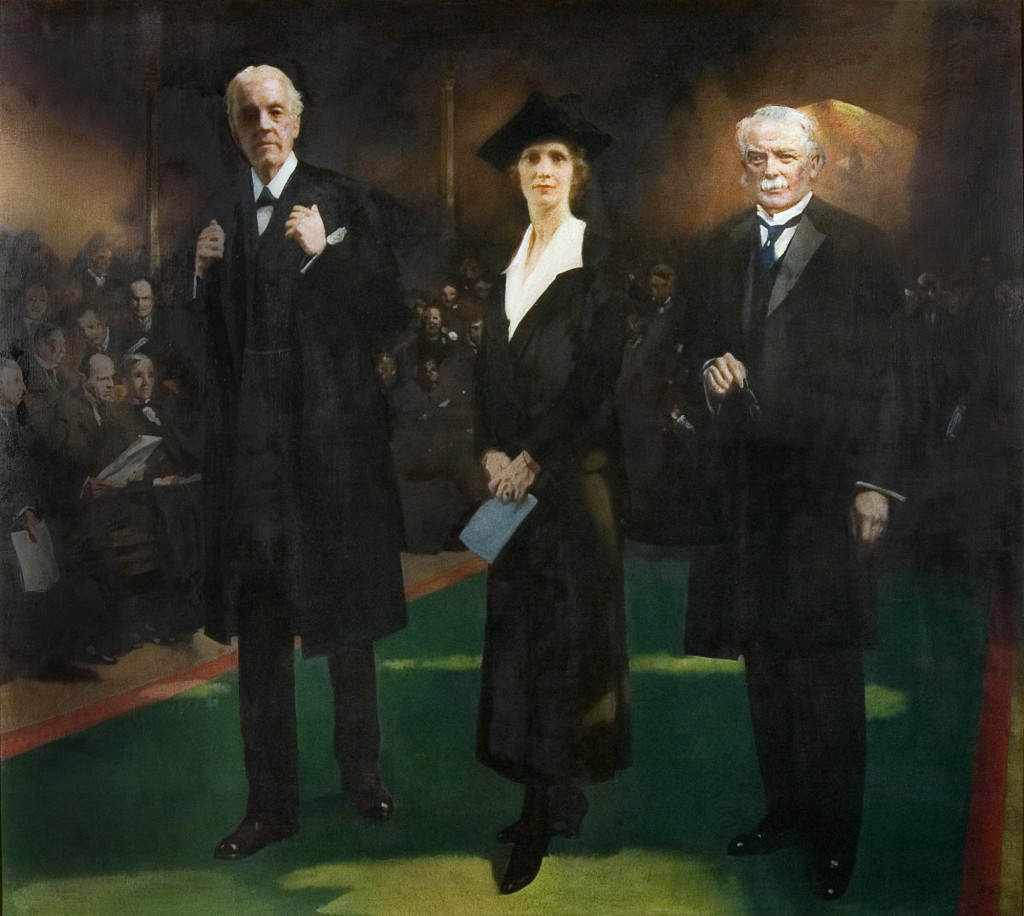 Introduction of Lady Astor as the First Woman Member of Parliament in 1919 - (Lord Balfour at left, David Lloyd George at right)
The subjects are proportioned in the manner of fashion illustrations. 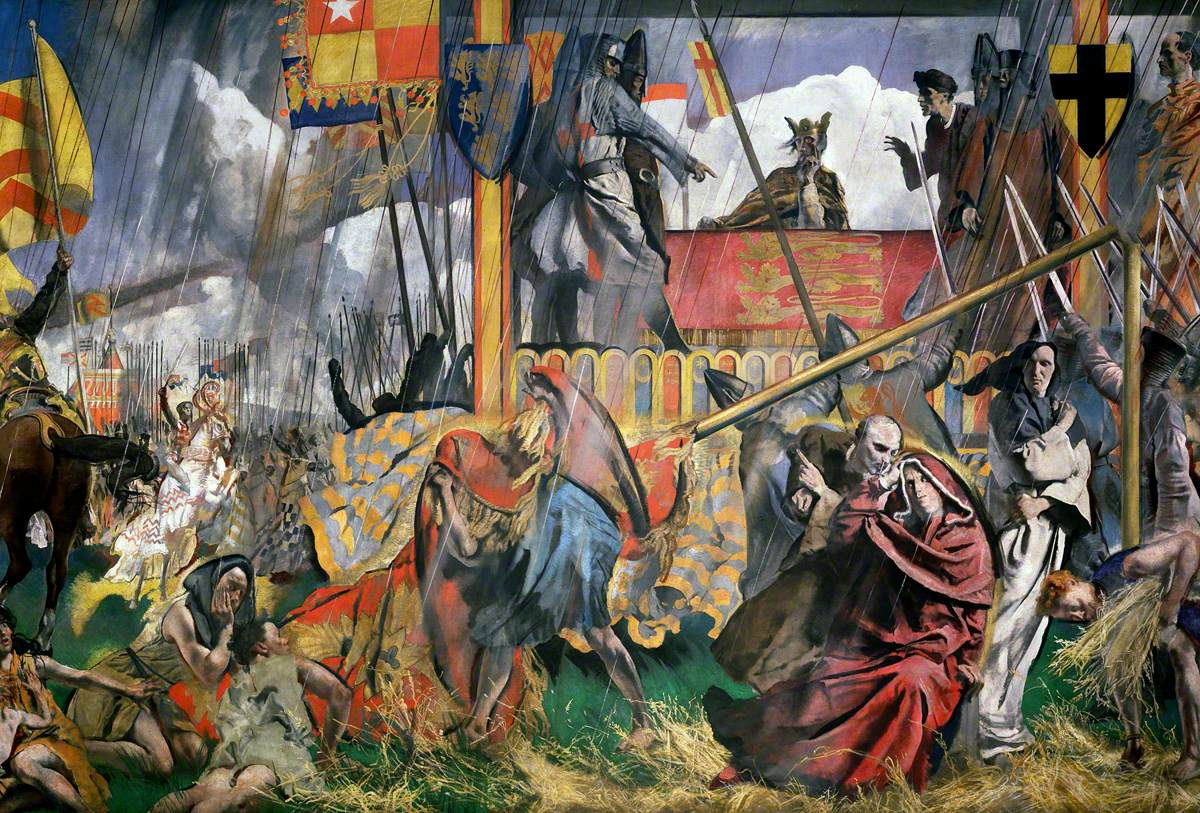 King John Assents to the Magna Carta, 1215 - 1925-27
Intended to hang in Parliament, but found too controversial. 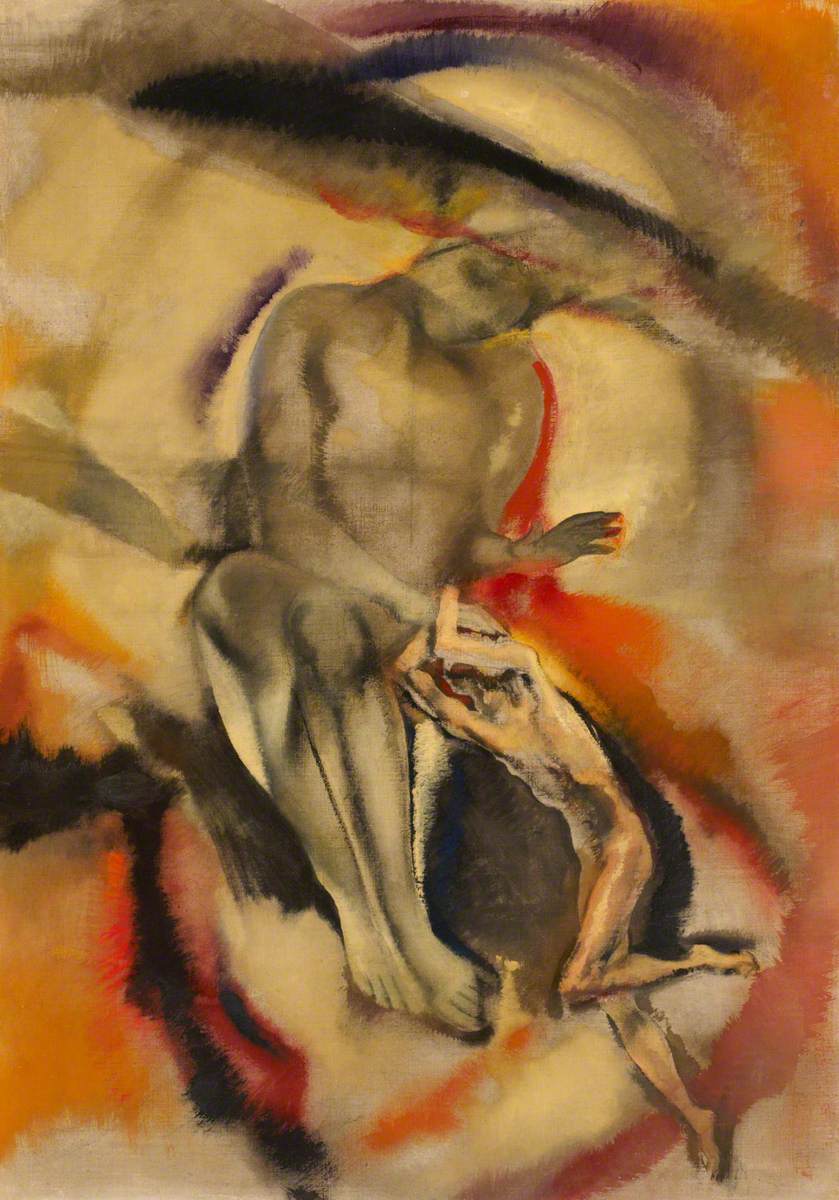 My Pain Beneath Thy Sheltering Hand - 1927
Towards the end of his career as his mind wandered in new directions. 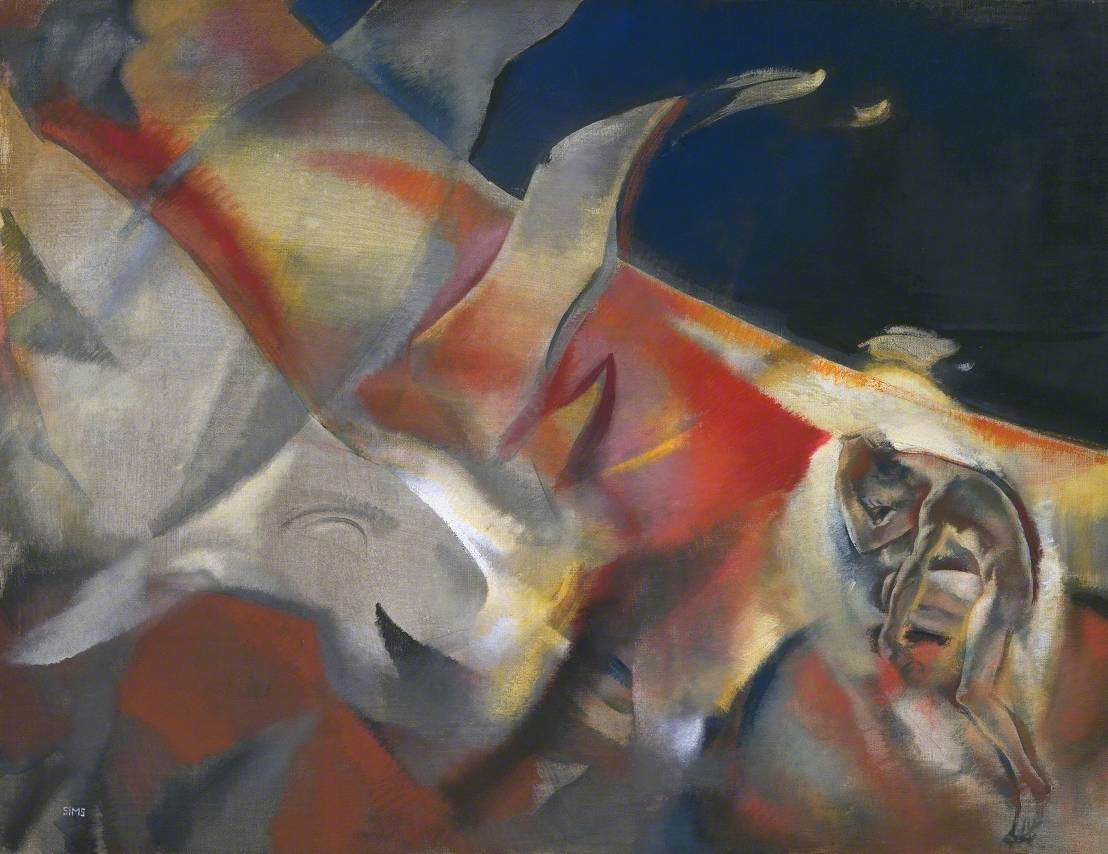