George Vernon Meredith Frampton (1894-1984) eventually gave up painting due to failing eyesight. His peak years artistically were the 1920s and 1930s and his style was smoothly-painted, very slightly simplified subject matter -- mostly portraits. That simplification was a fashionable feature of Modernism as practiced during those decades. Some background on Frampton is here.

If forced to characterize his images, I might state that the subjects appear sculptural. But after all, his father was Sir George Frampton, a noted sculptor. 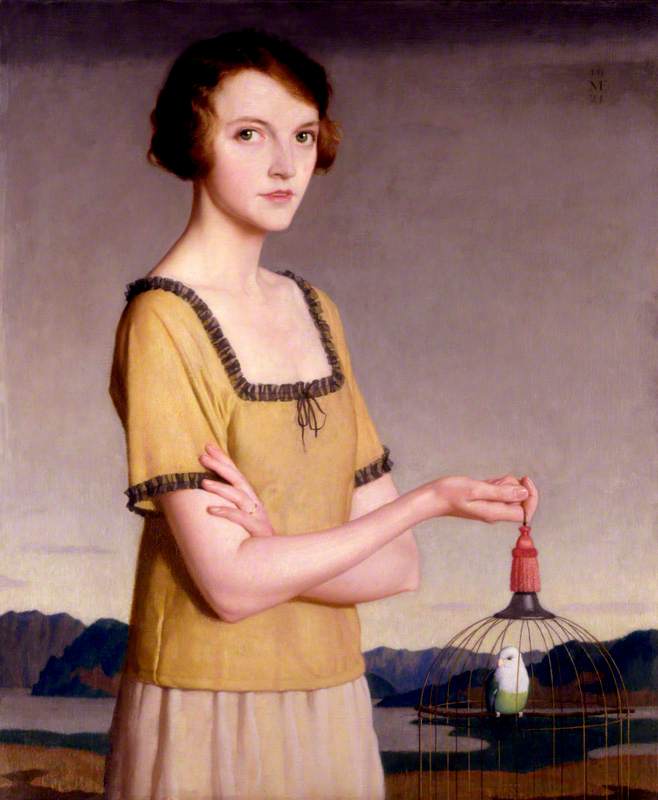 Winifred Radford - 1921
She was a professional singer. 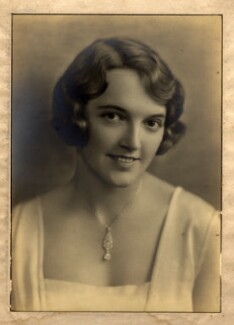 Winifred Radford photo
Compare this with the image above so as to see the amount of Frampton's simplification. 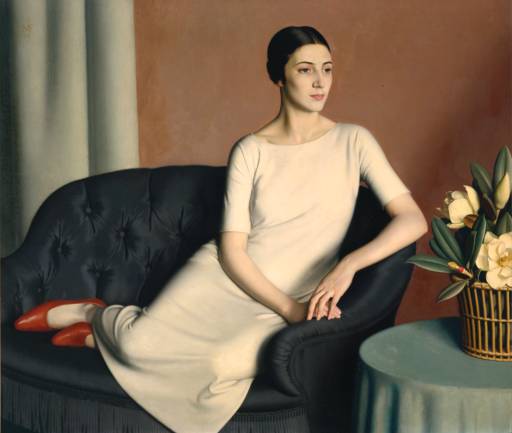 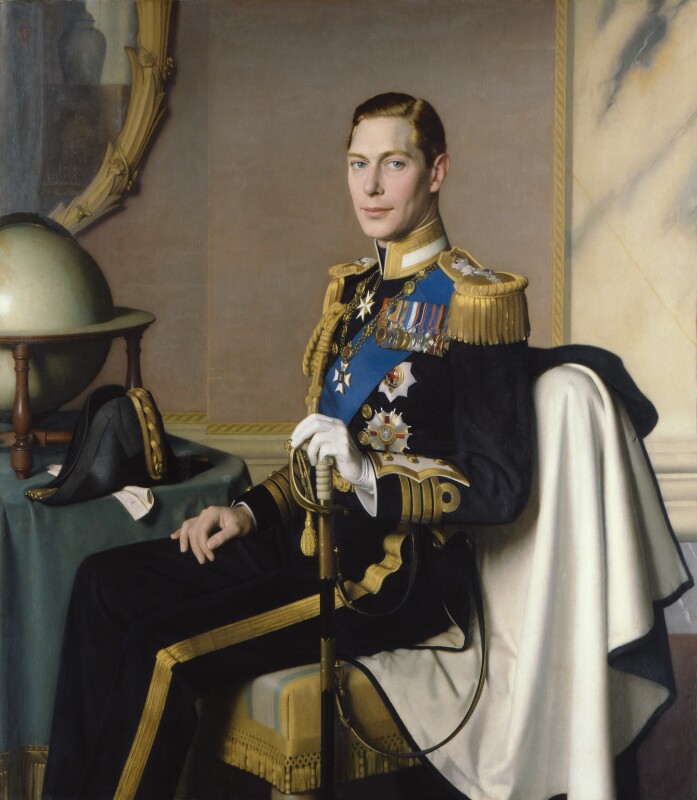 King George VI as Duke of York - 1929
Note his rank is Captain in the Royal Navy. As King, he would have admiral's stripes on his sleeves. 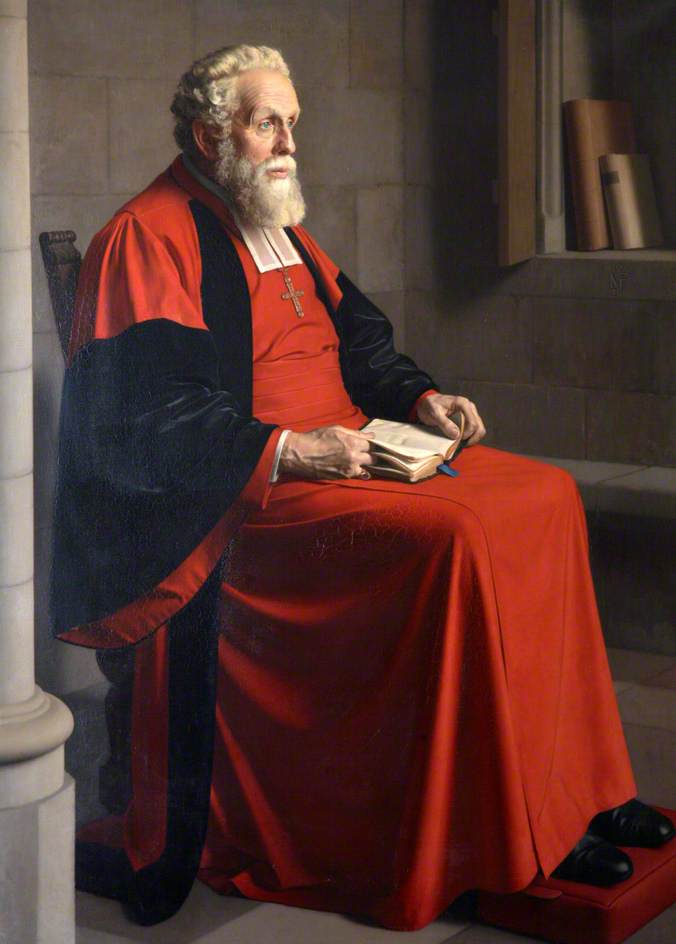 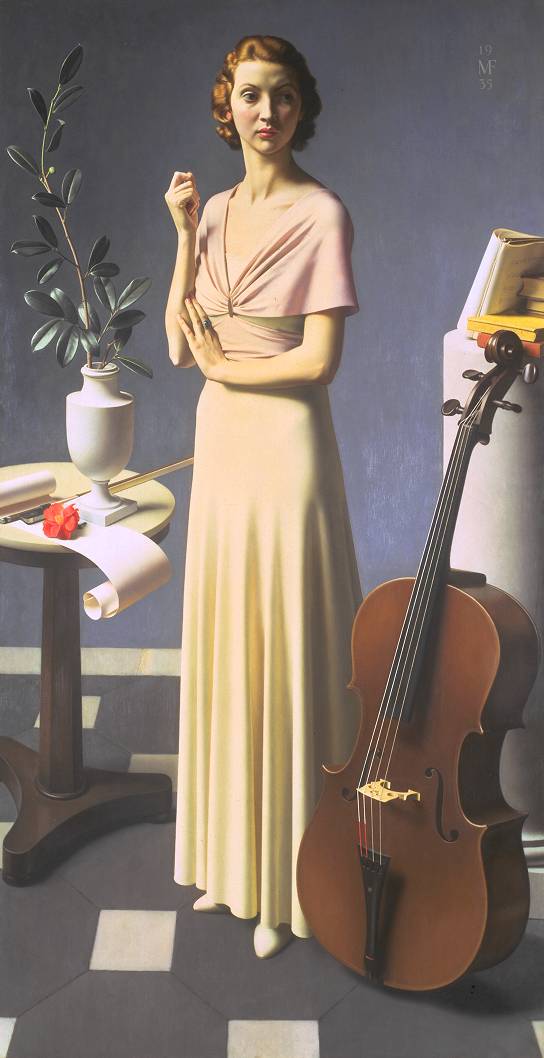 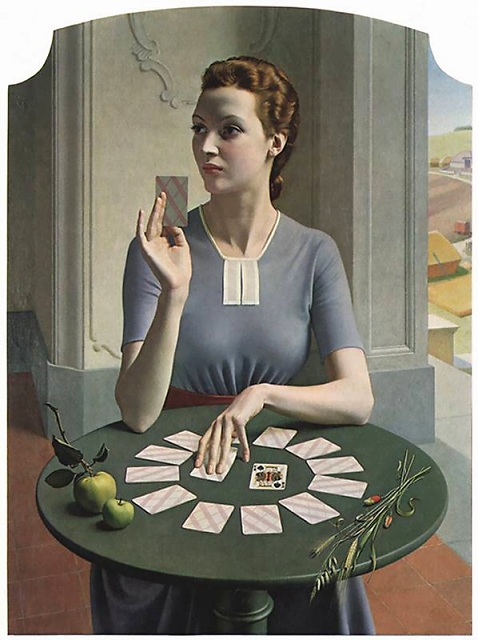 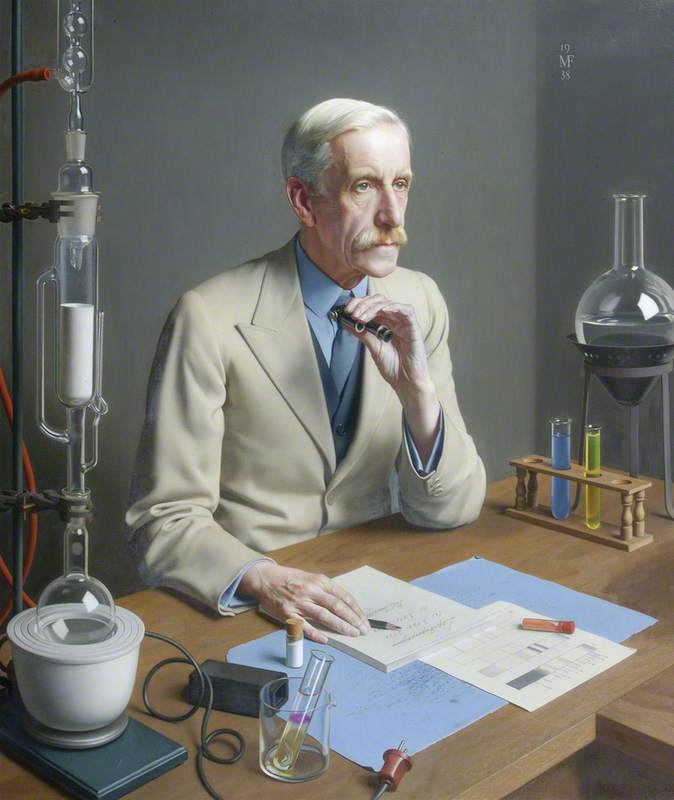 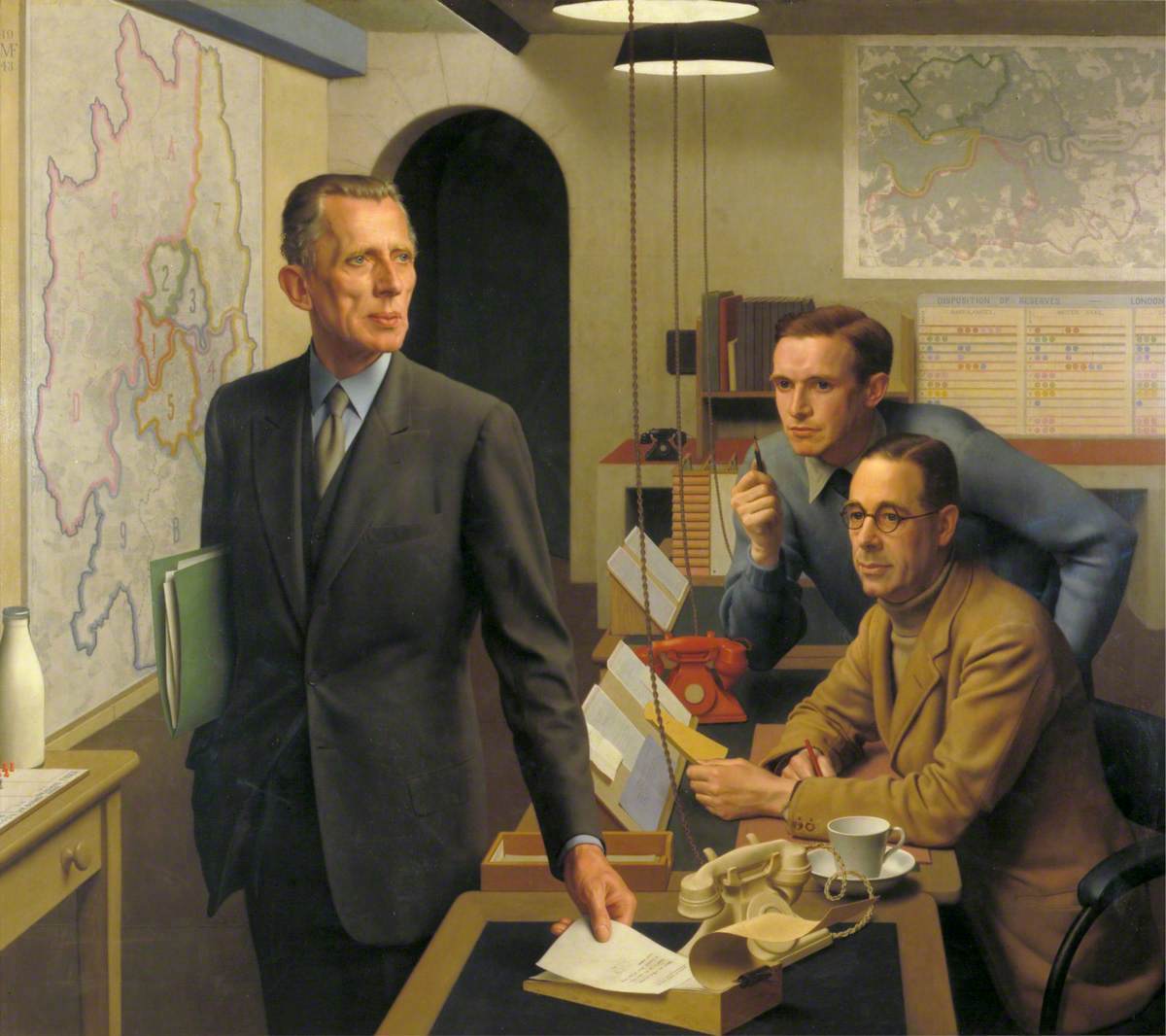