Algernon Cecil Newton (1880-1968) had an unusual art pedigree, as this mentions: "Newton was born in Hampstead in 1880, a grandson of Henry Newton, one of the founders of the Winsor & Newton the art materials company."

His style was remarkably consistent over most of his career. And his subject matter was limited. Newton tended to paint sparse urban scenes that included a good deal of countryside-like vegetation along with water features such as canals.

His style was simplified, either due to a slight acknowledgement of fashionable 1920s and 30s Modernism or perhaps a throwback to 18th century art. 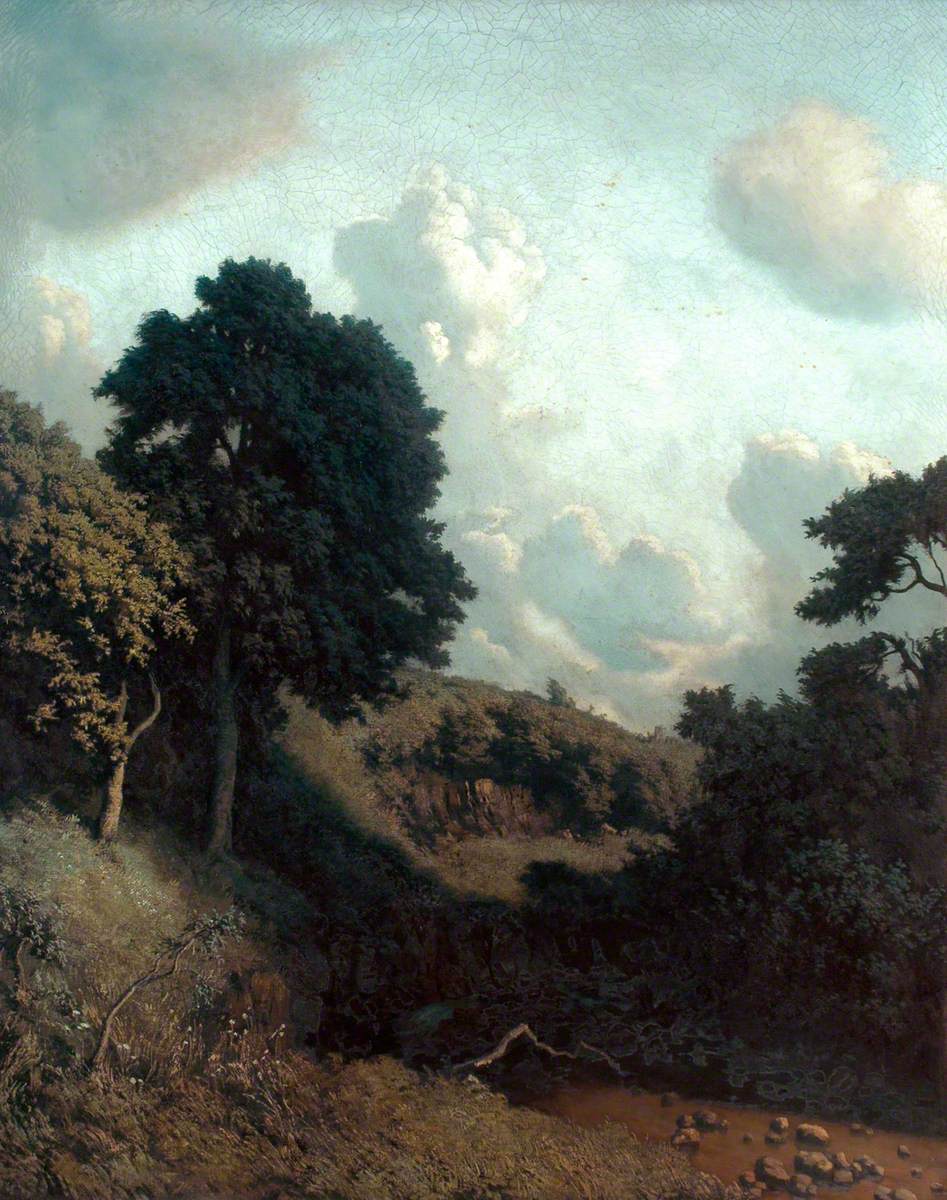 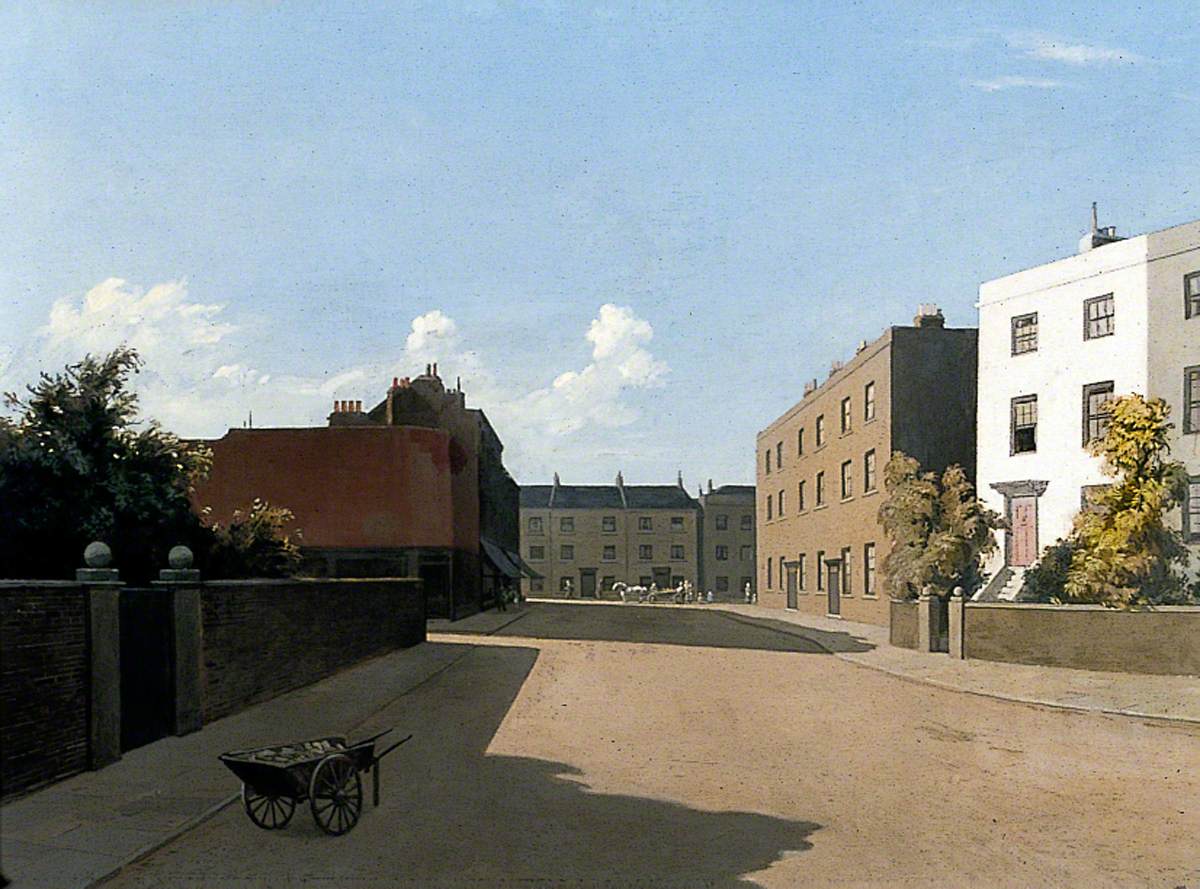 In Kensington - 1920-23
Buy now, he has settled into his mature style. The composition's stark, simple areas reminds me of what de Chirico was doing at about the same time, but with different settings and artistic intent. 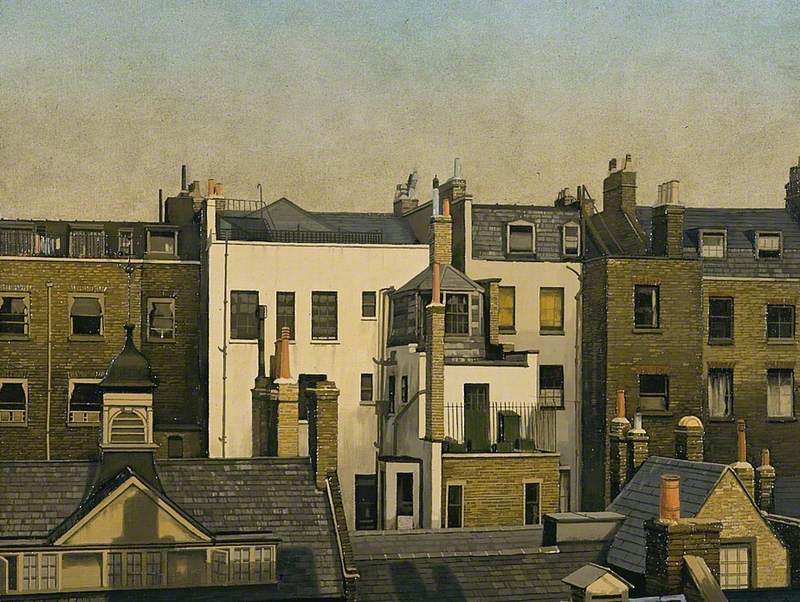 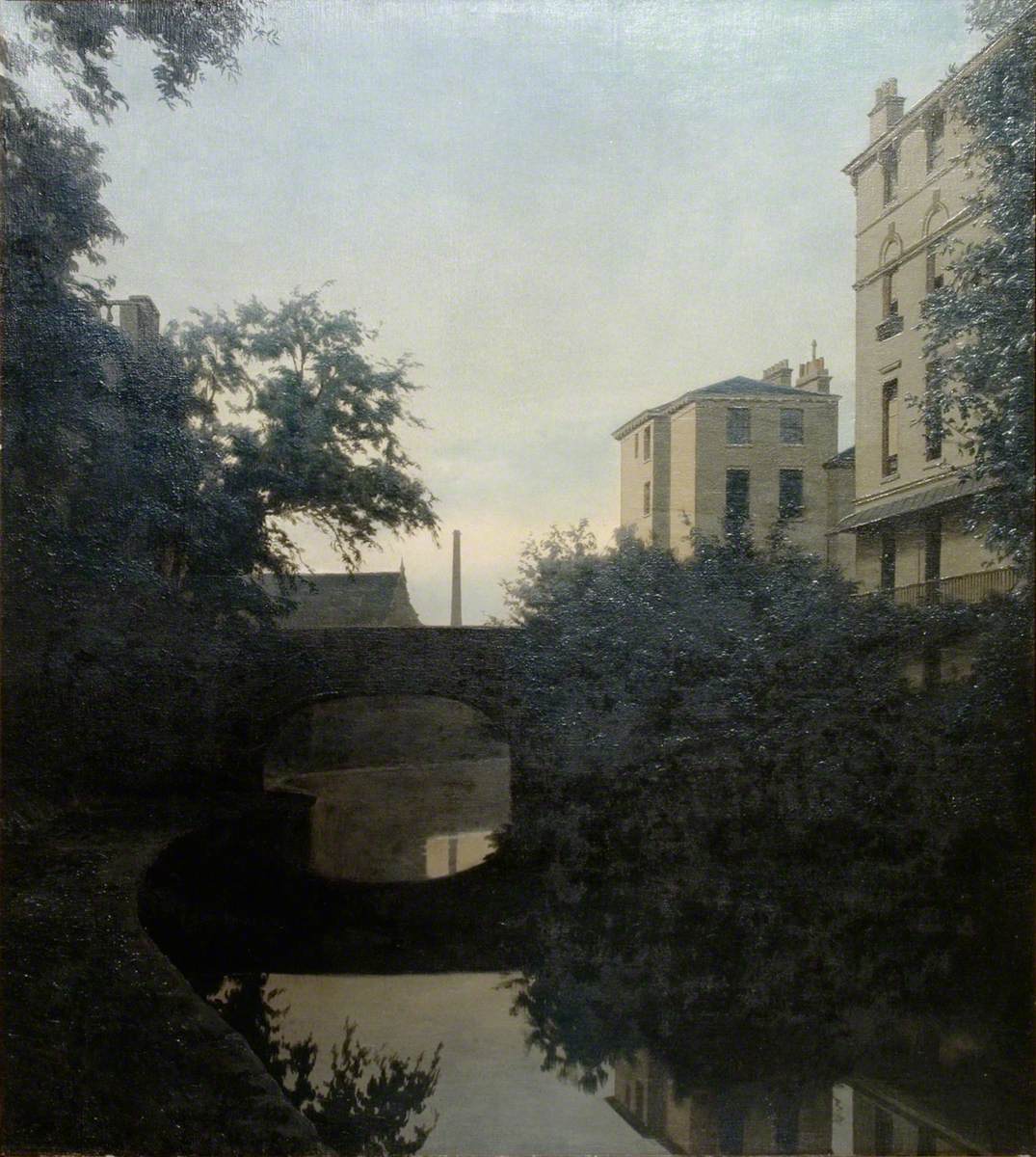 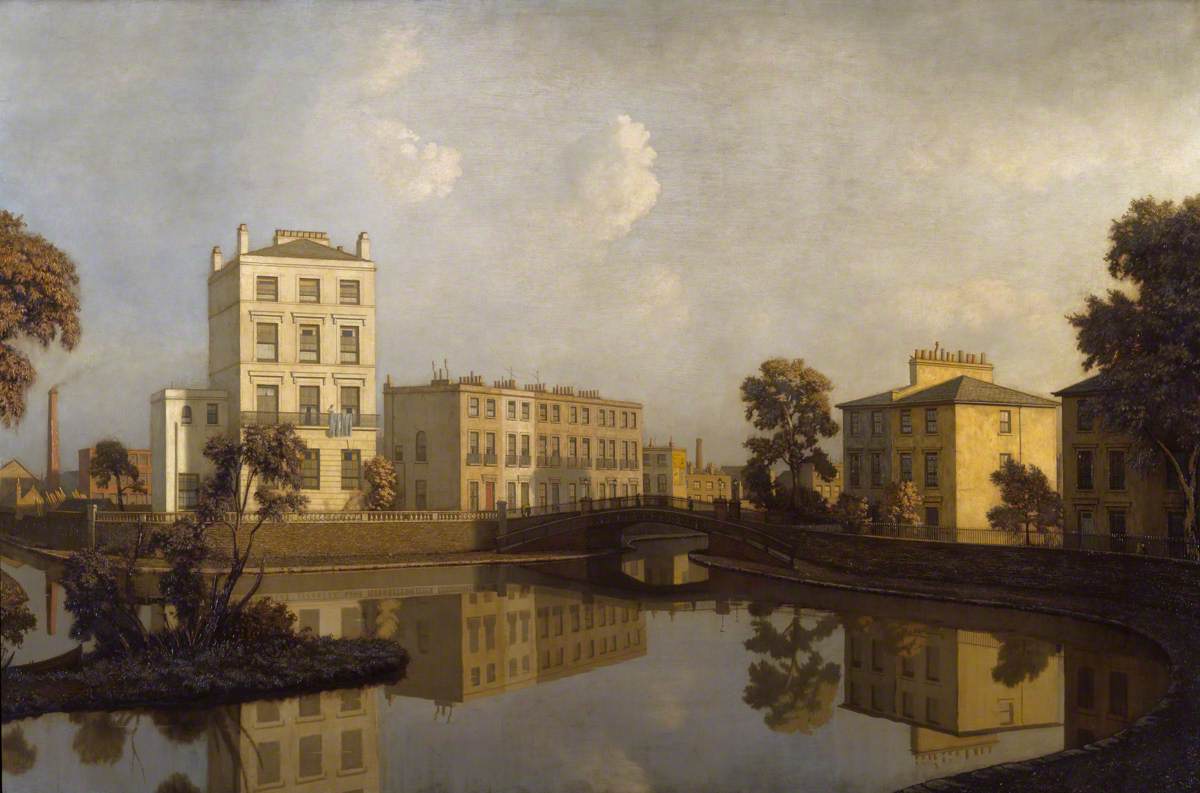 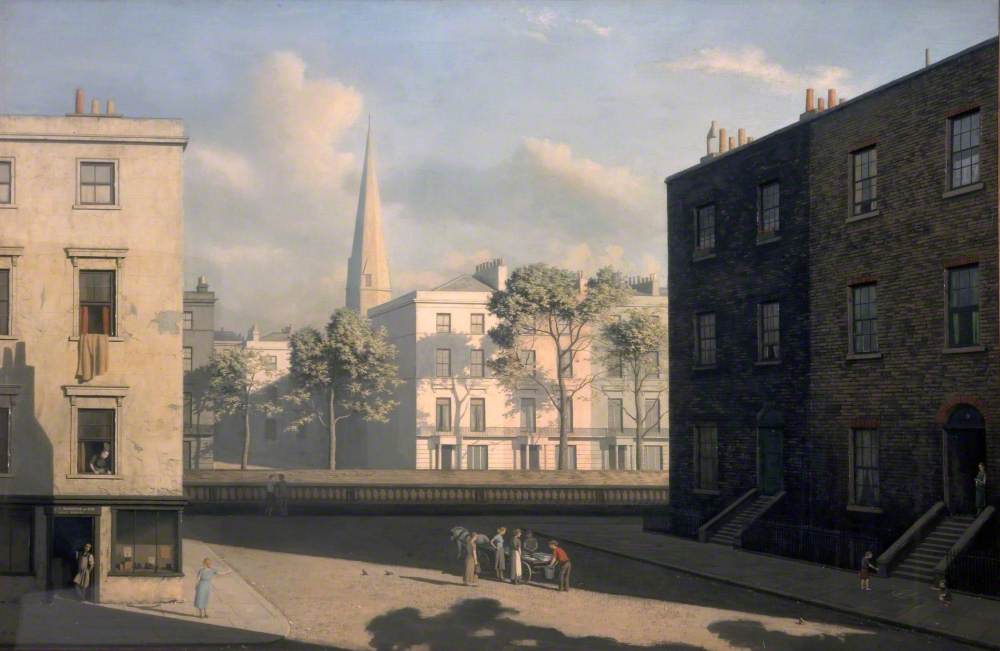 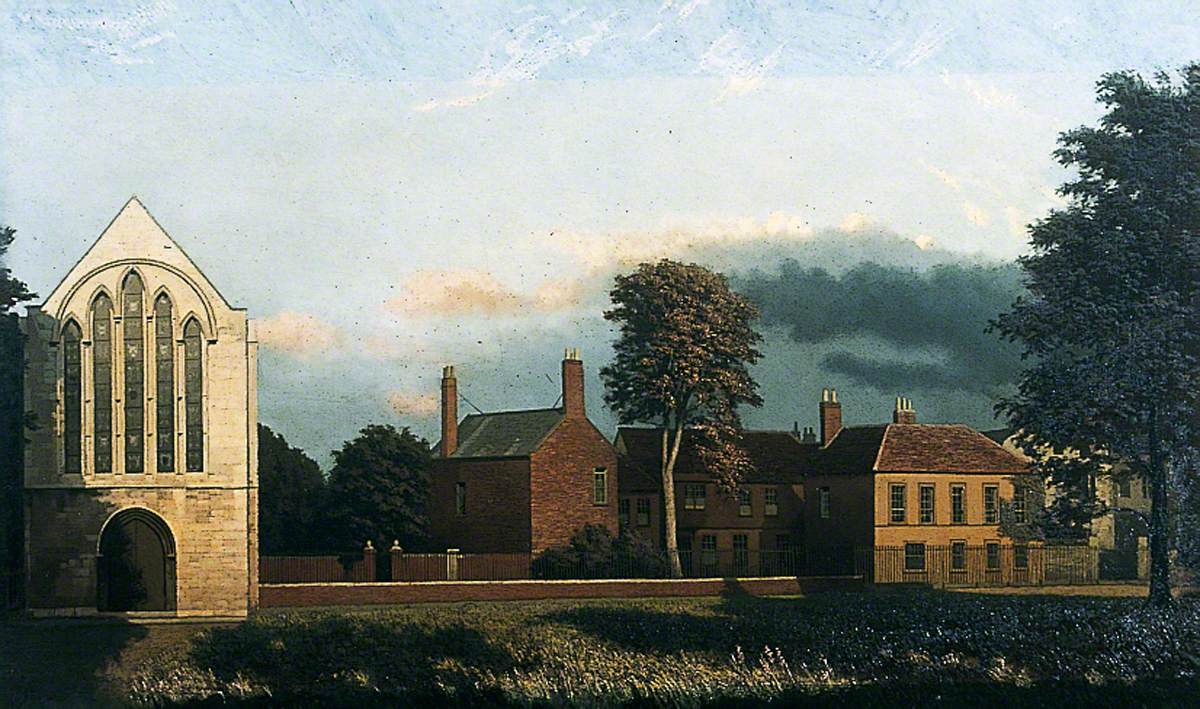 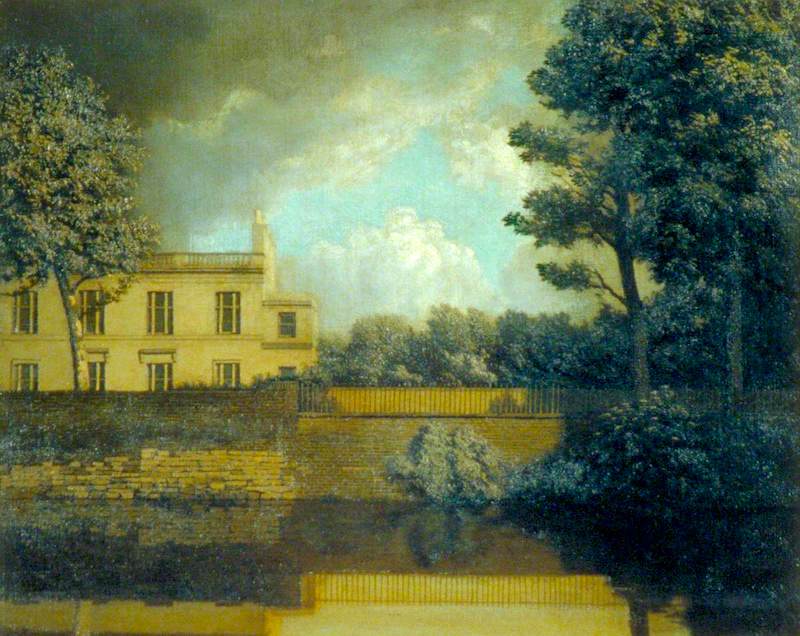 Canal Scene, Maida Vale - 1947
Newton was known as a painter of canals.
Posted by Donald Pittenger at 1:00 AM