World War 2 was not kind to Berlin, especially Potsdamer Platz, site of a major intersection in the central part of the city. Some background can be found here and here.

RAF and US 8th Air Force bombing along with perhaps some Russian artillery near the end of the war caused a great deal of destruction. Postwar, the division of Berlin into occupation zones resulted in the border of the Russian Zone crossing through the plaza. The 1961-1989 Berlin Wall followed that trace. The result was the obliteration of Potsdamer Platz as it had been prewar.

Following Germany's reunification, the neighborhood has been rebuilt in Modernist form. I was there in 2018 and found it an ugly, sterile place. 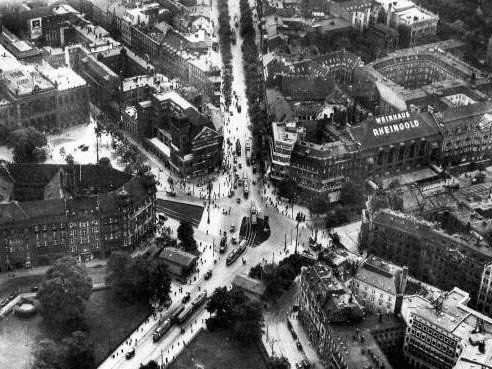 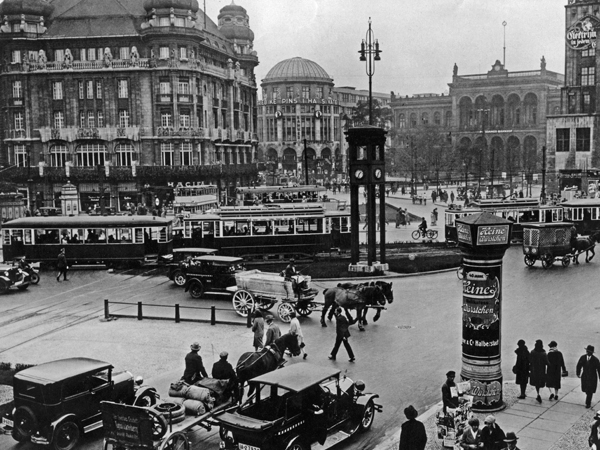 A 1925 photo looking south. Northern German architecture was rather heavy-handed, yet I find the scene here lively and interesting. 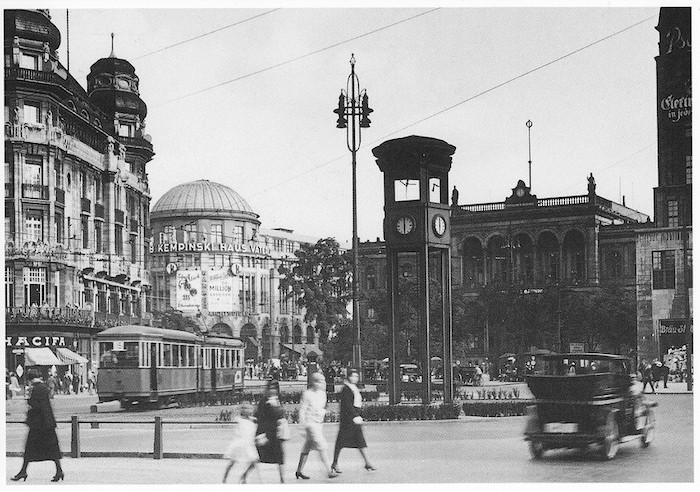 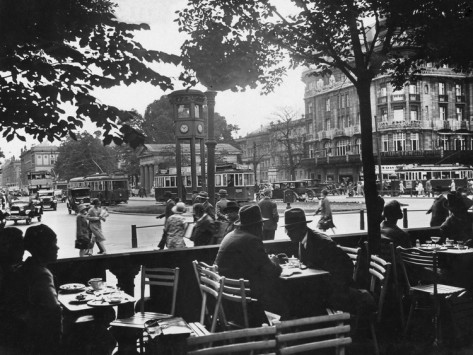 Cafe scene from the same year. 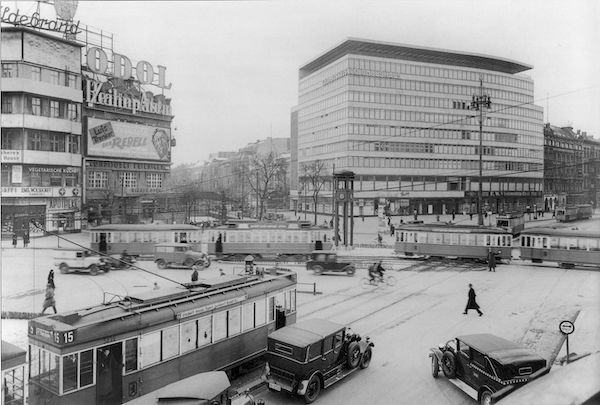 A winter 1933 view of the just-completed Columbus Haus designed by Erich Mendelsohn. Modernist-oriented architectural critics praised it, but I think it is no great aesthetic triumph and ruins the ambiance seen in the previous images. 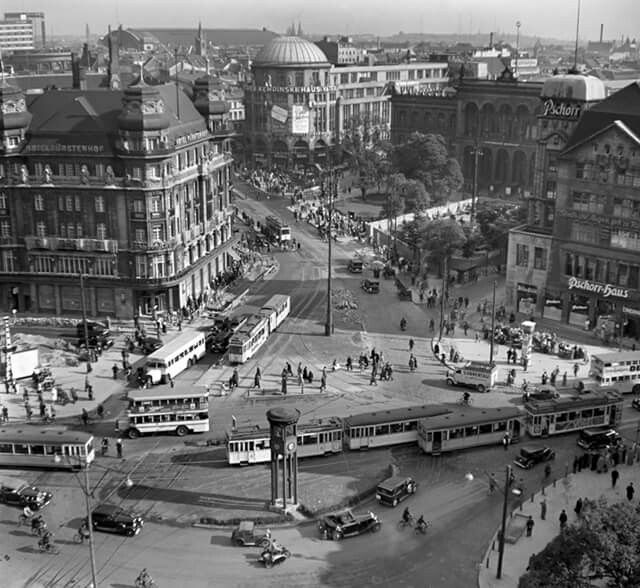 View towards the southeast, apparently from the roof of Columbus Haus, 1933. 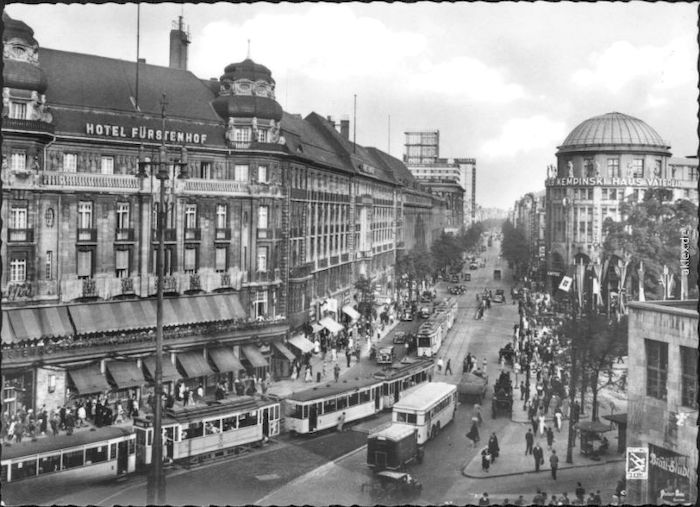 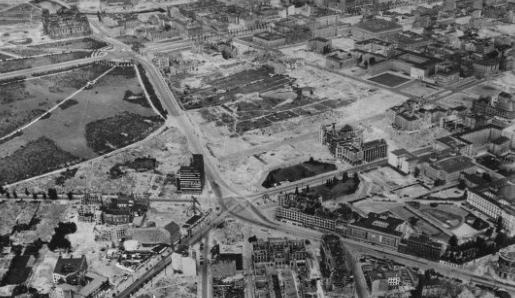 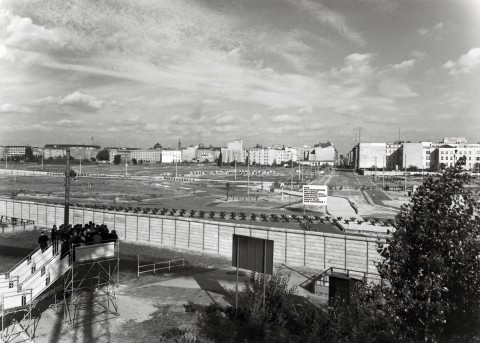 View of the Berlin Wall at Potsdamer Platz. The street towards the right side of the photo is Leipziger Straße and the dead zone on either side is Leipziger Platz. 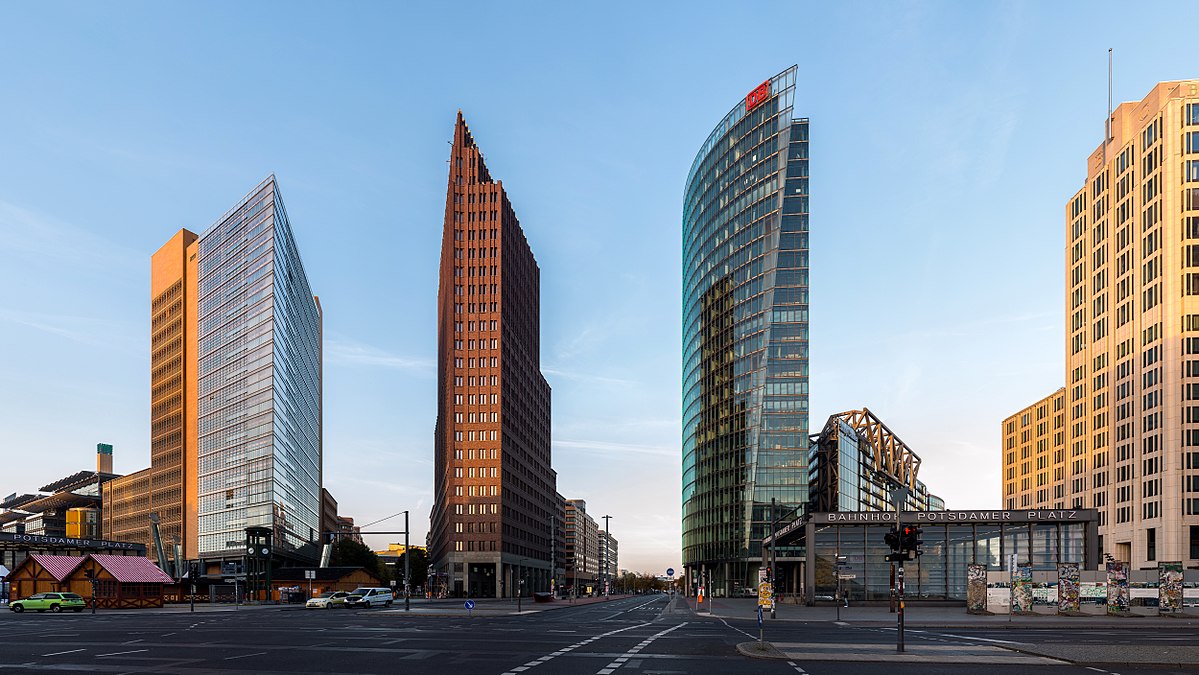 Potsdamer Platz as seen recently from Leipziger Straße, via Wikimedia. As mentioned above, I find it sterile. Very unlike the gemütlich Potsdamer Platz of yore.
Posted by Donald Pittenger at 1:00 AM

There are some really good modernist buildings like the original Bauhaus buildings (now restored and you can stay in the dorm, and now there's a new Bauhaus museum in the town) or the Lever House. And endless amounts of cheap anti-human commercial junk. I really don't know why the Allies in WW II did so much bombing that only hurt people and destroyed beautiful buildings and cultural heritage instead of concentrating on military and industrial sites. Of course Berlin was the capital. That kind of bombing, despite sophisticated range finders (or whatever they call those things) is very inaccurate.

Some of Berlin is really as charmless and alienating as the worst of American cities and Potsdamerplatz isn't even the worst. Here and there you can spot a Bauhaus style building that got through the war, like the one with a McDonald's in it near the gate.

But a few years ago they voted to take down that gold mirror glass Ost government building (cultural center?) on Unter den Linden and replace it with a replica of what was there before the war! I think it's probably almost finished by now, at the cost of a zillion Euros.