This post and a previous one deal with the most famous paintings by well-known artists who painted many fine works.

By "most famous," these are judgment calls by Your Faithful Blogger, though I imagine that readers might agree with many of my choices. 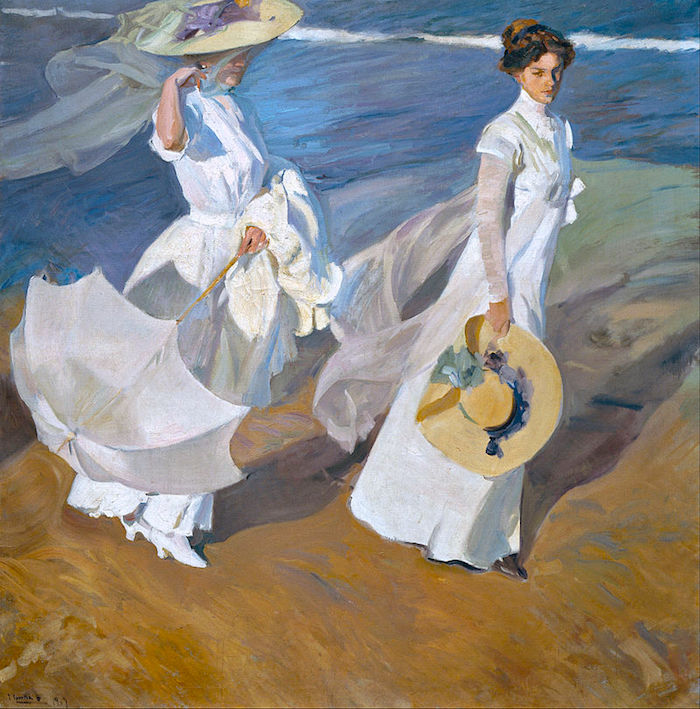 Paseo a orills del mar (Walk on the Beach) - 1909 by Sorolla
This is my favorite Sorolla painting. It has appeared on the cover of a book about the artist, so I suspect others agree with my opinion. It can be seen in the Madrid museum devoted to him. What attracted me to this work is the depiction of face of his daughter, shown on the right. 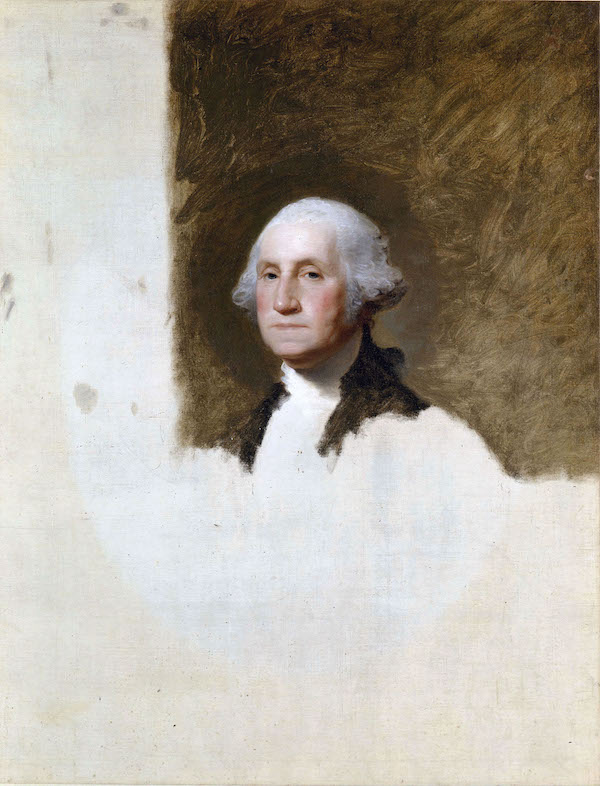 Unfinished Portrait of George Washington - 1796 by Stuart
For some reason, for many, many decades this portrait of Washington has been considered the standard depiction of the USA's first president. A version of this pose is on the state seal and state flag of Washington State, where I live. It seems to be a case of being famous because it was always famous. 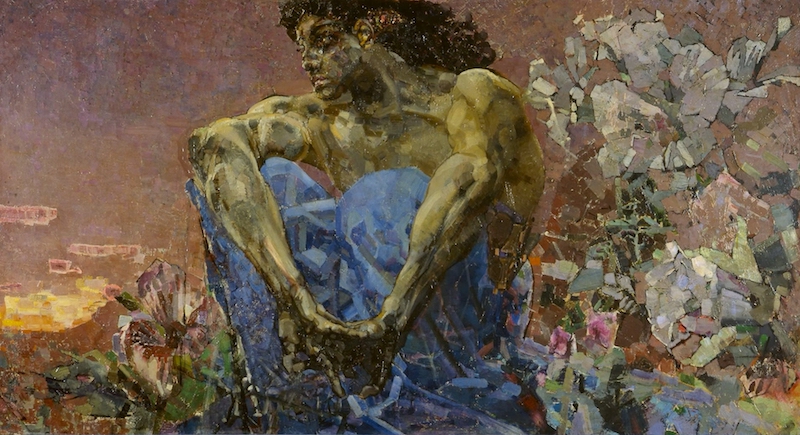 Seated Demon - 1910 by Vrubel
Vrubel is well-known in Russia. I'm note sure this is his most famous painting, but it is part of a series he made with the demon as the subject, and that series is probably what he is known for. 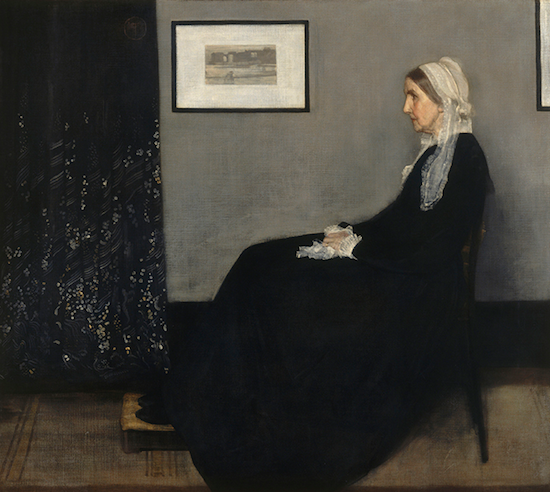 Whistler's Mother (Arrangement in Grey and Black No. 1) - 1871 by Whistler
Another instance of a painting famous because it has always been famous. What is not clear to me is why it became famous in the first place. 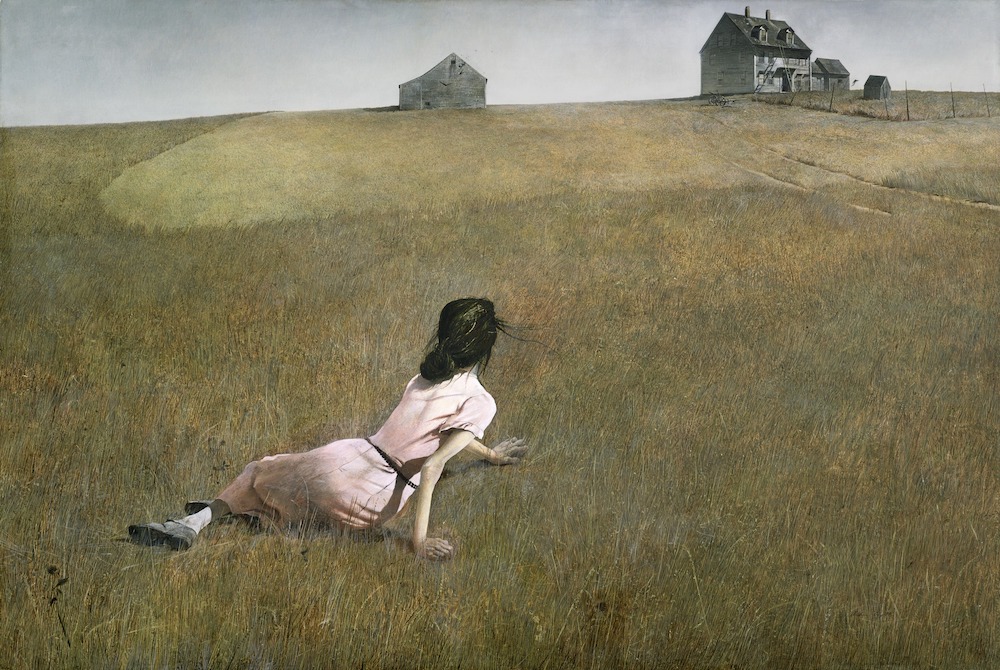 Christina's World - 1948 by Wyeth
I think most people would agree that this is Wyeth's most famous painting. I believe it has to do with the mood it evokes via its composition (the subject is a comparatively small element in a relatively featureless background) and its ambiguous psychology (one might wonder what the story here is).

In the flesh this painting comes as a surprise.
It is 81 X 79 inches and looks really big.

What I love about the Sorolla was the sheer relaxation and pleasure of the young women. Great weather, soft clothing, no supervision, no corsets.. Just fun.