As the links indicate, Austrian Empire born Bischoff did not start his career painting California scenes. Rather, he was originally best known as a porcelain decorator in the Midwestern USA before he moved to the Pacific Coast.

I selected what I considered the best examples of his work for the previous post. However, the images here are of interest. 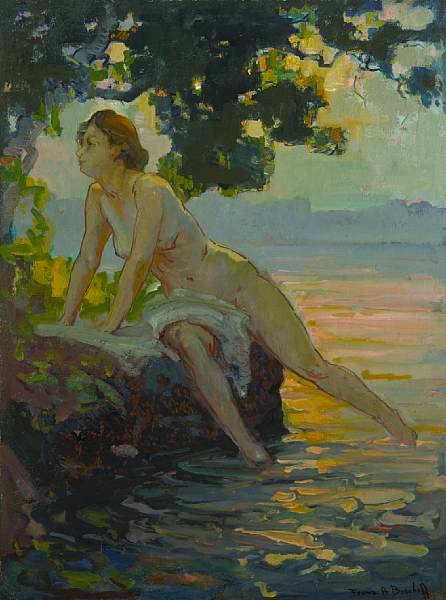 At Sunset
Bischoff did paint people, but apparently not often enough to become really good at it. 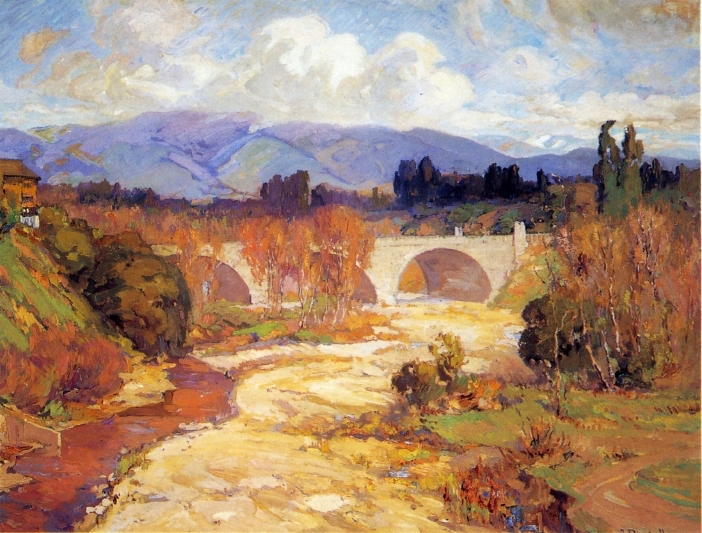 Arroyo Seco Bridge - c. 1915
This is a Pasadena, California scene not far from where the famous Rose Bowl football stadium was built. 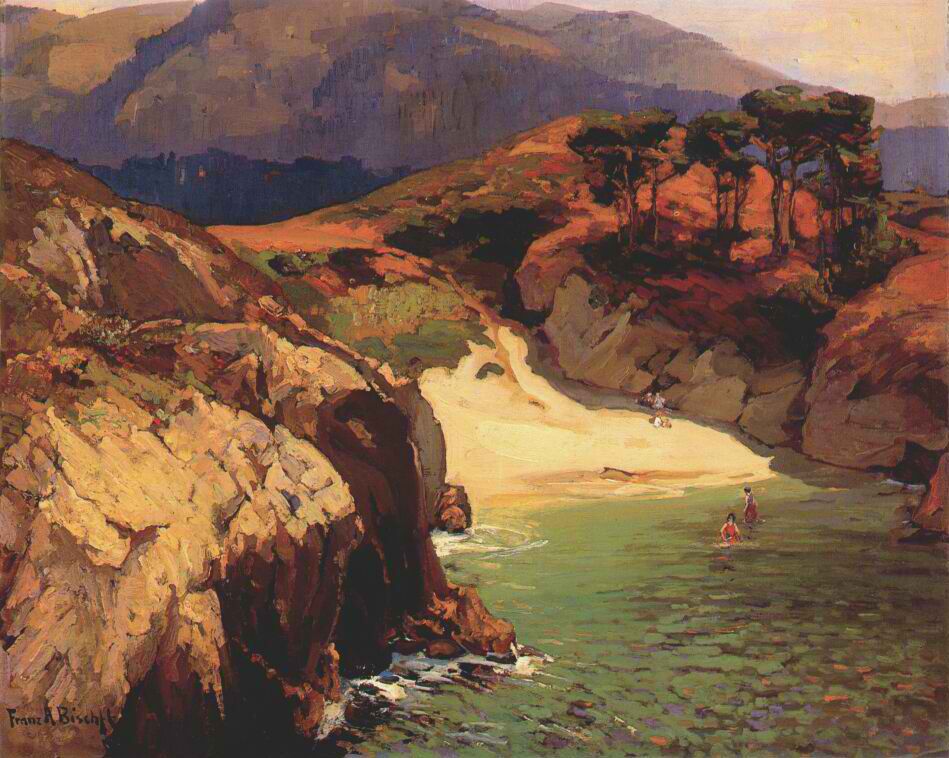 Emerald Cove, Carmel
California's Carmel-by-the-Sea was an artist colony town even in the early 1900s.  Bischoff made many paintings of the area even though he lived near Los Angeles. 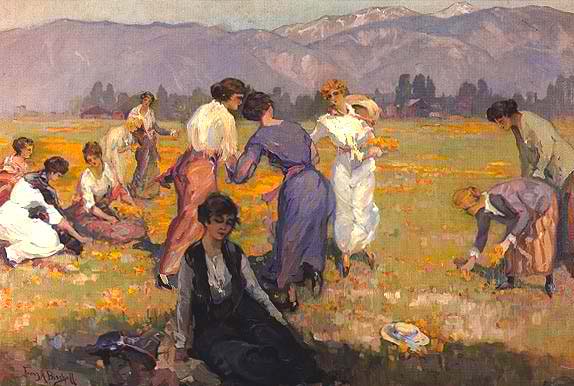 Picking Poppies - c. 1910
This is a more successful work that includes women.  That's because the brushwork he used for them is similar to that used in the rest of the painting, creating a more unified feeling. 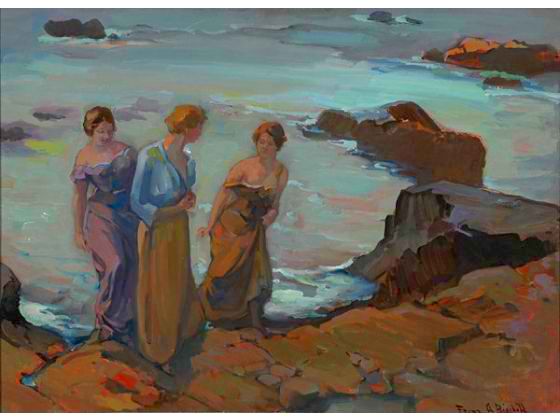 Three Women at the Seashore
Something is wrong about the central woman's right arm. 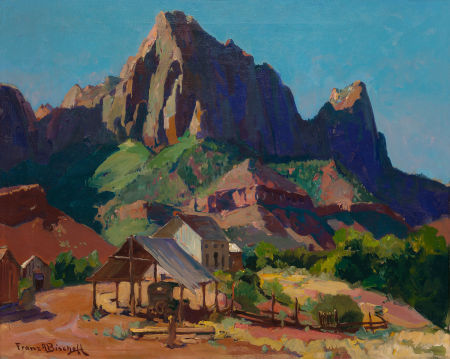 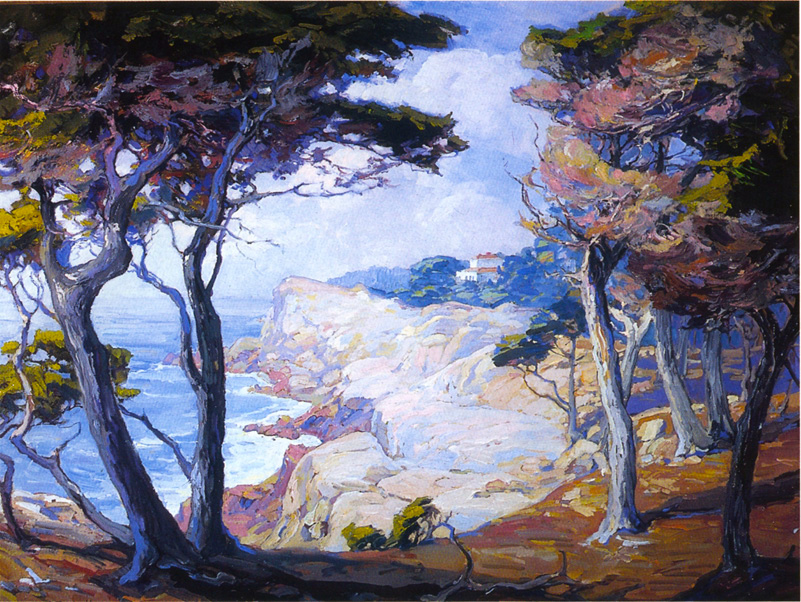 Villa on the Monterey Coast
The colors here are unusual for Bischoff, though that might have been dictated by the subject.  For what it's worth, I don't notice his signature. 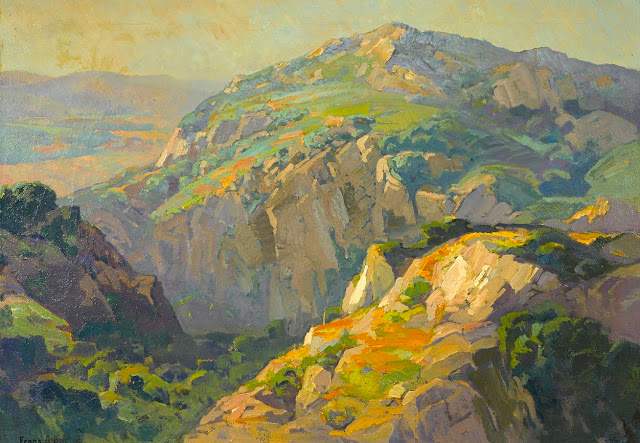 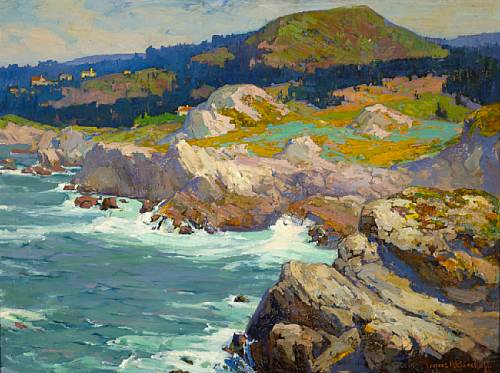