Charles Wysocki (1928-2002) trained as an illustrator in the early 1950s at the (then) Art Center School in Los Angeles. At the height of his career he was well-known for painting country and village scenes in a faux-naïve/primitive style, many of which were used as the artwork for jigsaw puzzles. His Wikipedia entry is here.

He was surely aware of the paintings of Grandma Moses (1860-1961), famed for her untutored scenes of the northeastern New York State of her early years that fetch hundred of thousands of dollars at auction. As the title of this post suggests, Wysock's works might be considered what Moses might have painted had she an Art Center education.

Below are examples from both artists -- first Grandma Moses, then Wysocki. 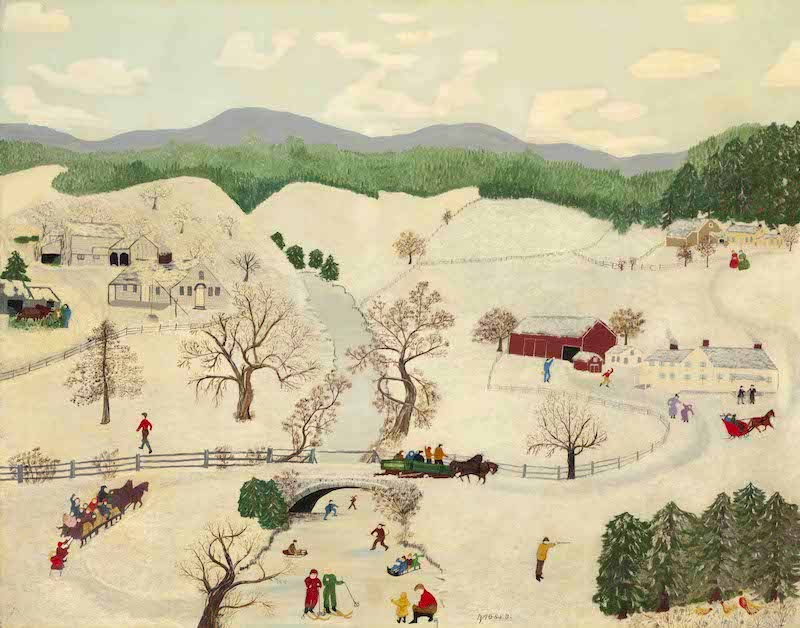 Over the River to Grandma's House - 1943
She painted many winter scenes.  Having spent four winter in the nearby Albany area, I can attest that four or five months of the year were snow-covered where she lived. 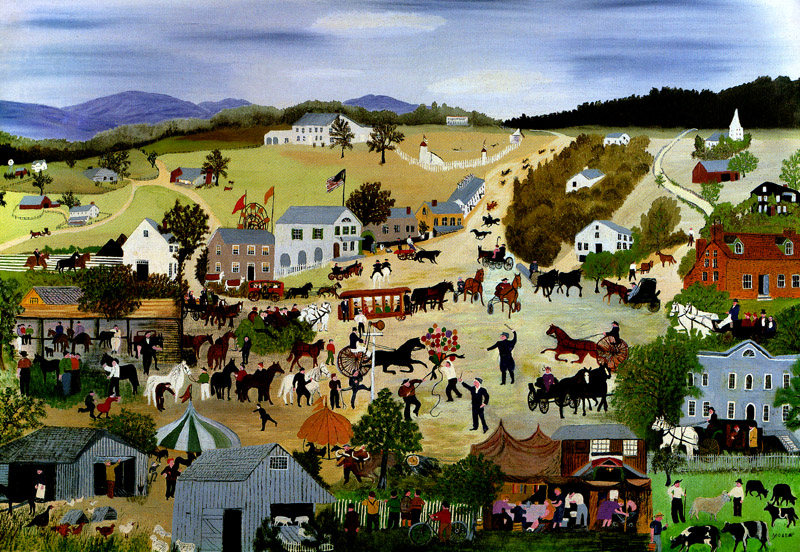 County Fair - 1950
A summertime scene.  Her ability to depict perspective was limited, so structures often appear flat. On the other hand, she does incorporate distance in most of her works.  Also, compare the inconsistent sizes of the people in the foreground, middle ground and background. 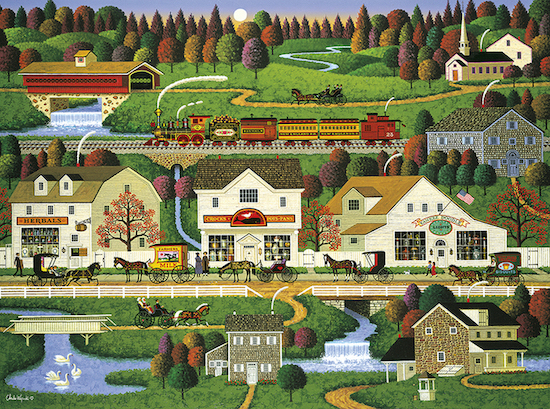 Yankee Wink Hollow
Now for Wysocki.  His scenes often contain distant backgrounds like Moses' works.  Buildings have a flattened appearance. Note here the small foreground houses, the larger middle ground objects and the small background objects -- much like what Grandma Moses did with people in the previous image. 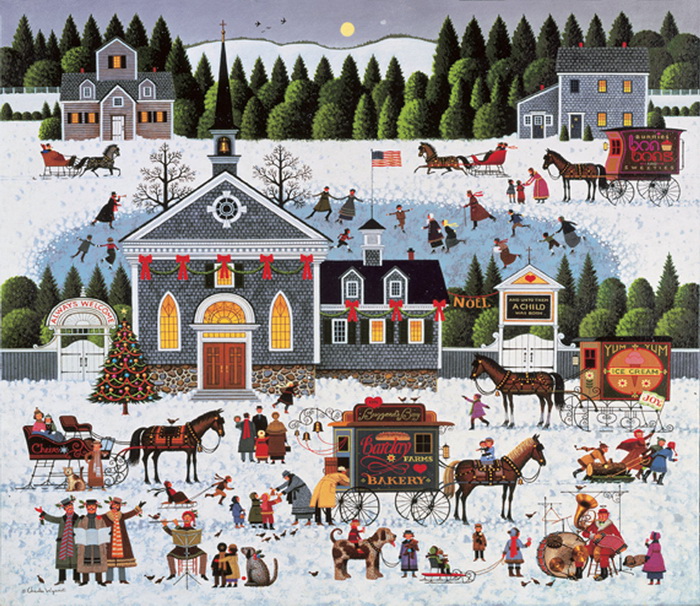 Churchyard Christmas
Winter scene. As in the previous image, the background trees are stylized/geometrical in the same spirit as 1930s Regionalist paintings by the likes of Grant Wood. 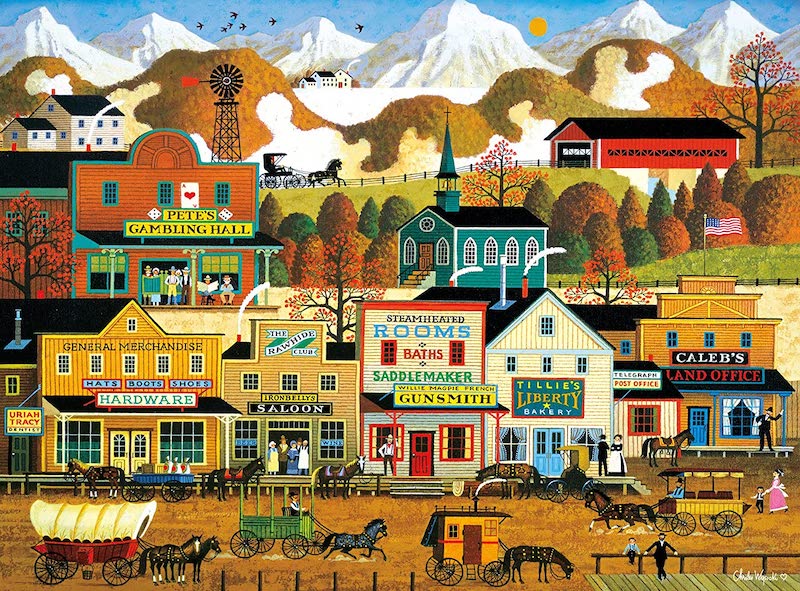 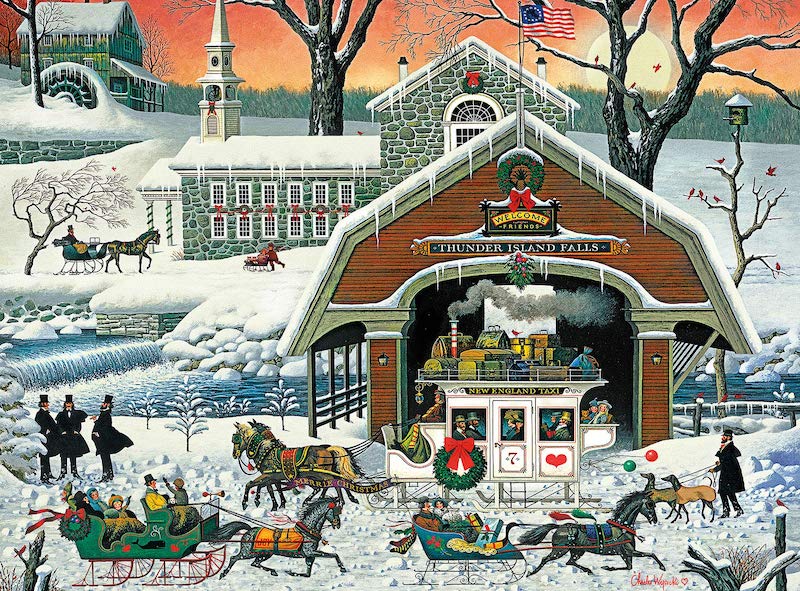 Twas the Night Before Christmas
This is more representational because correct perspective is incorporated in most structures. 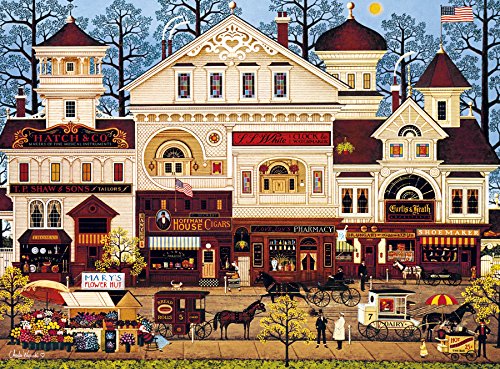 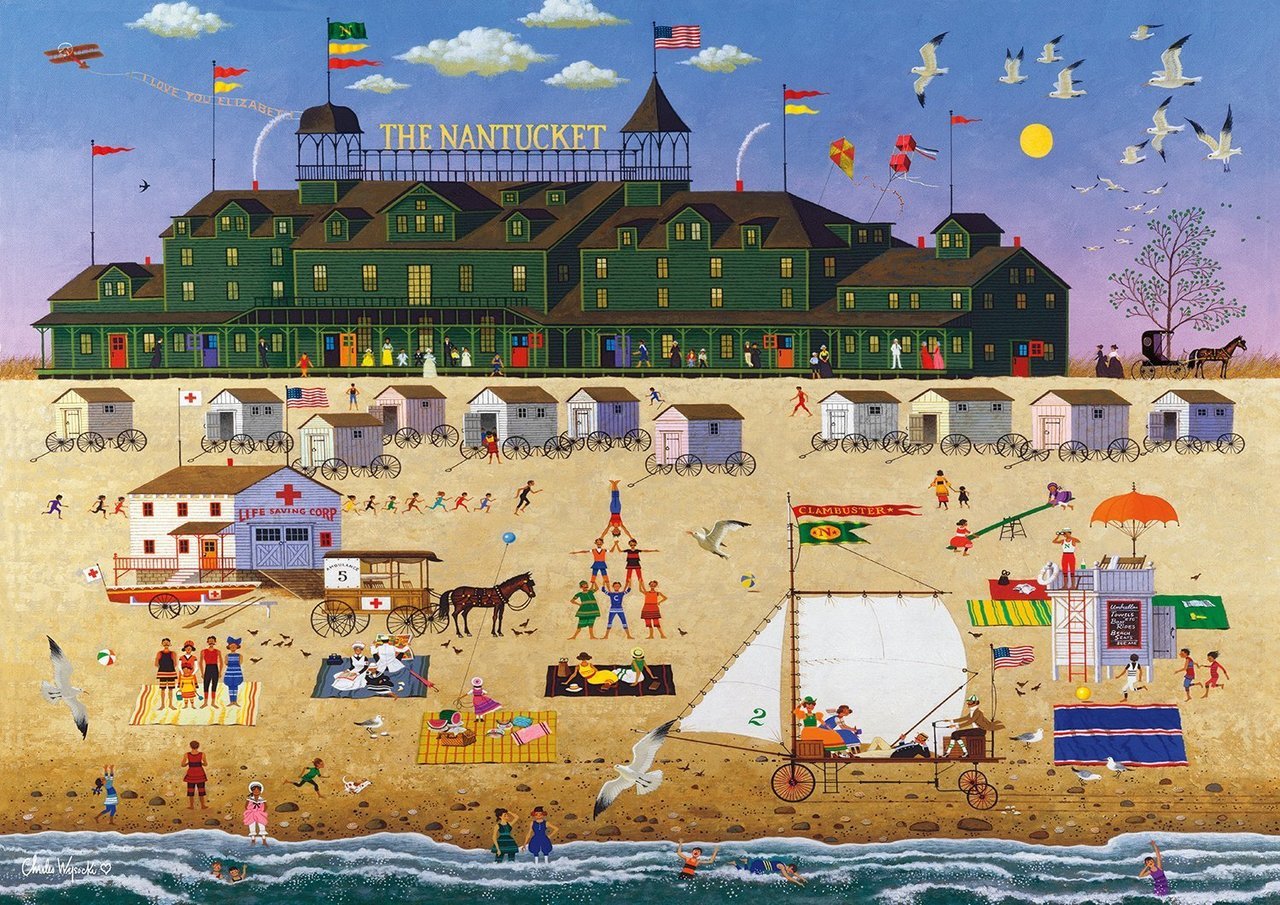 The Nantucket
Seashore, not countyside. 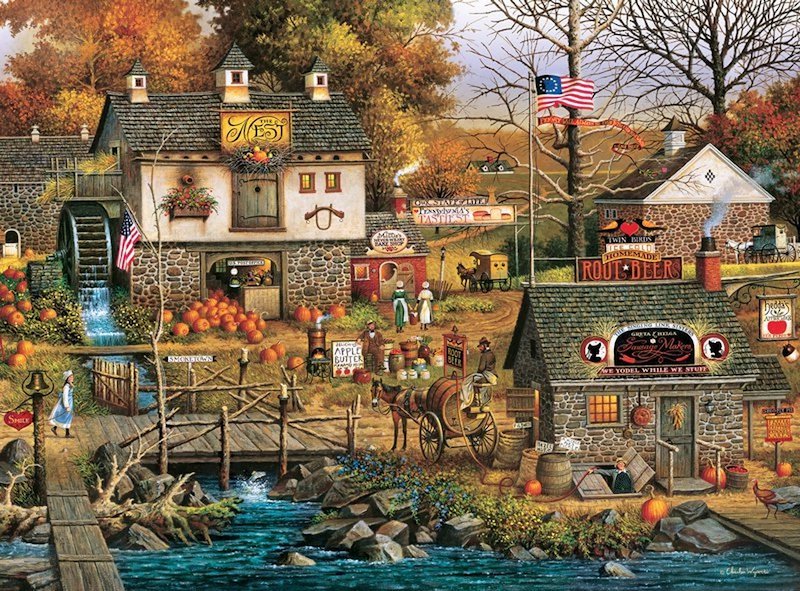 Olde Bucks County
This is stylized, but more representational than the images above. Unfortunately, I do not know if this was made before or later than the others.
Posted by Donald Pittenger at 1:00 AM