Walter G. Ratterman (1887–1944) did some Fine Art painting as well as illustration, but the latter is dealt with here. There seems to be little biographical information about him on the internet: this Wikipedia entry has little to report.

As best I can tell, Ratterman was a skilled illustrator, but not quite the equal of top-rank contemporary 1920s and early 1930s practitioners such as Dean Cornwell and Mead Schaeffer.

Examples of his work are lacking on the Internet, but some are displayed below. 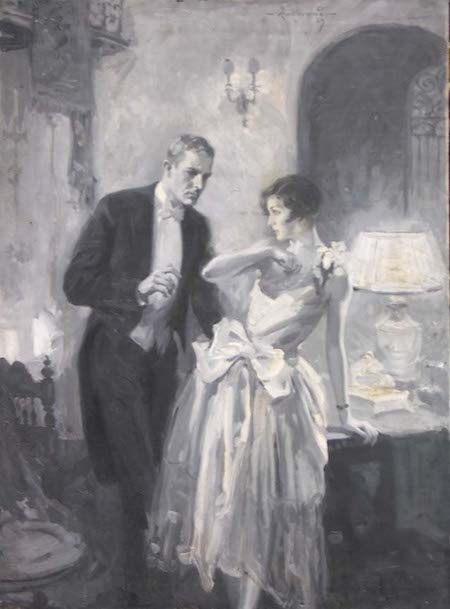 A Conversation - 1929
Story illustration typical of the kind seen in those days -- nothing special about it. 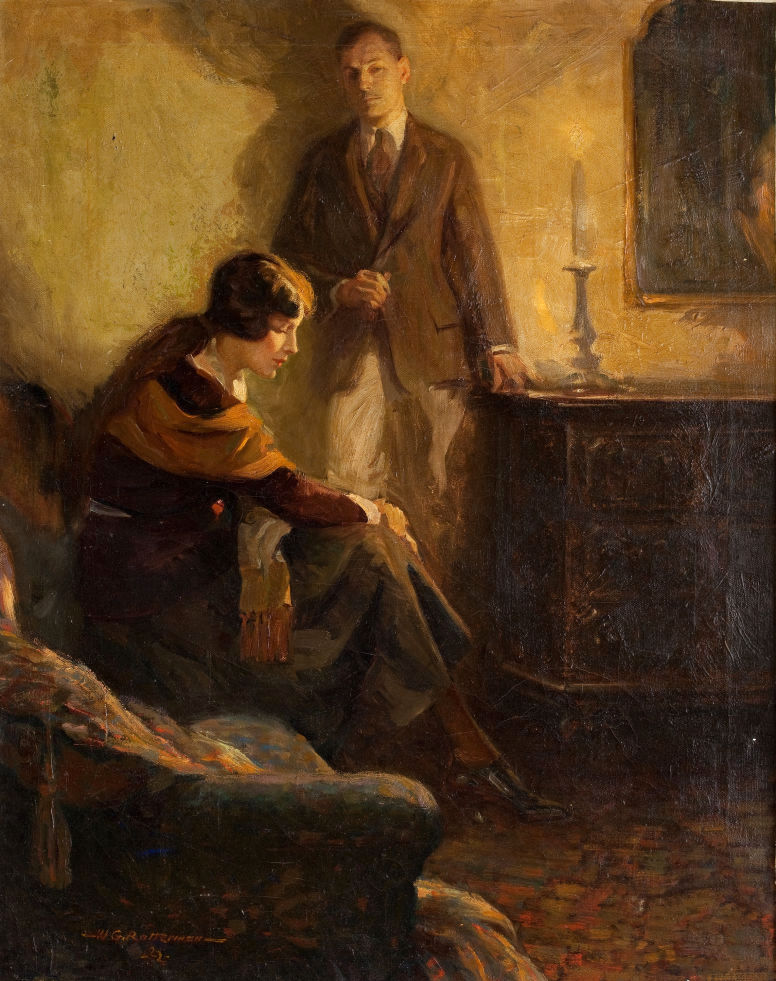 Madeline's Return - 1922
On the other hand, this earlier work has some merit, though it too is not unusual or exceptional. 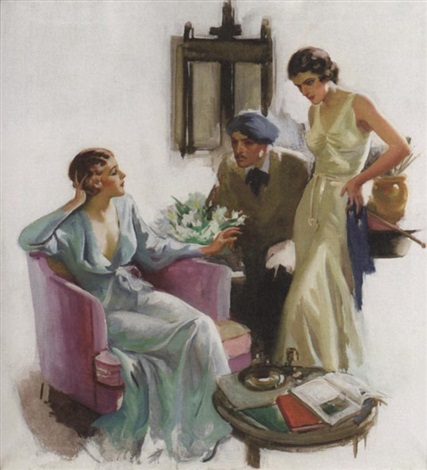 Artist and models
Probably from the early-mid 1930s: the women are nicely depicted. 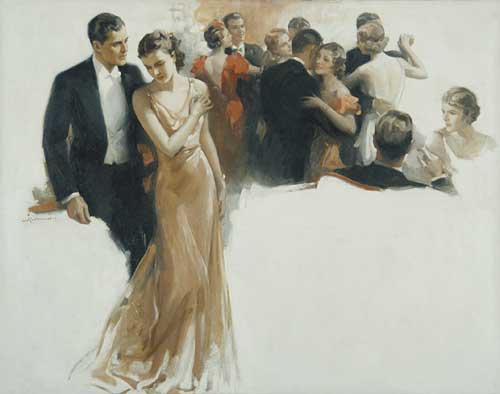 Party scene
From about the same time as the previous image. Something seems wrong about the area of the featured woman's hips. Otherwise, a competently done illustration. 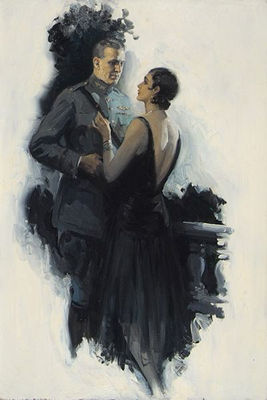 Officer and Lady
I like this one, and wish it were available in larger size. 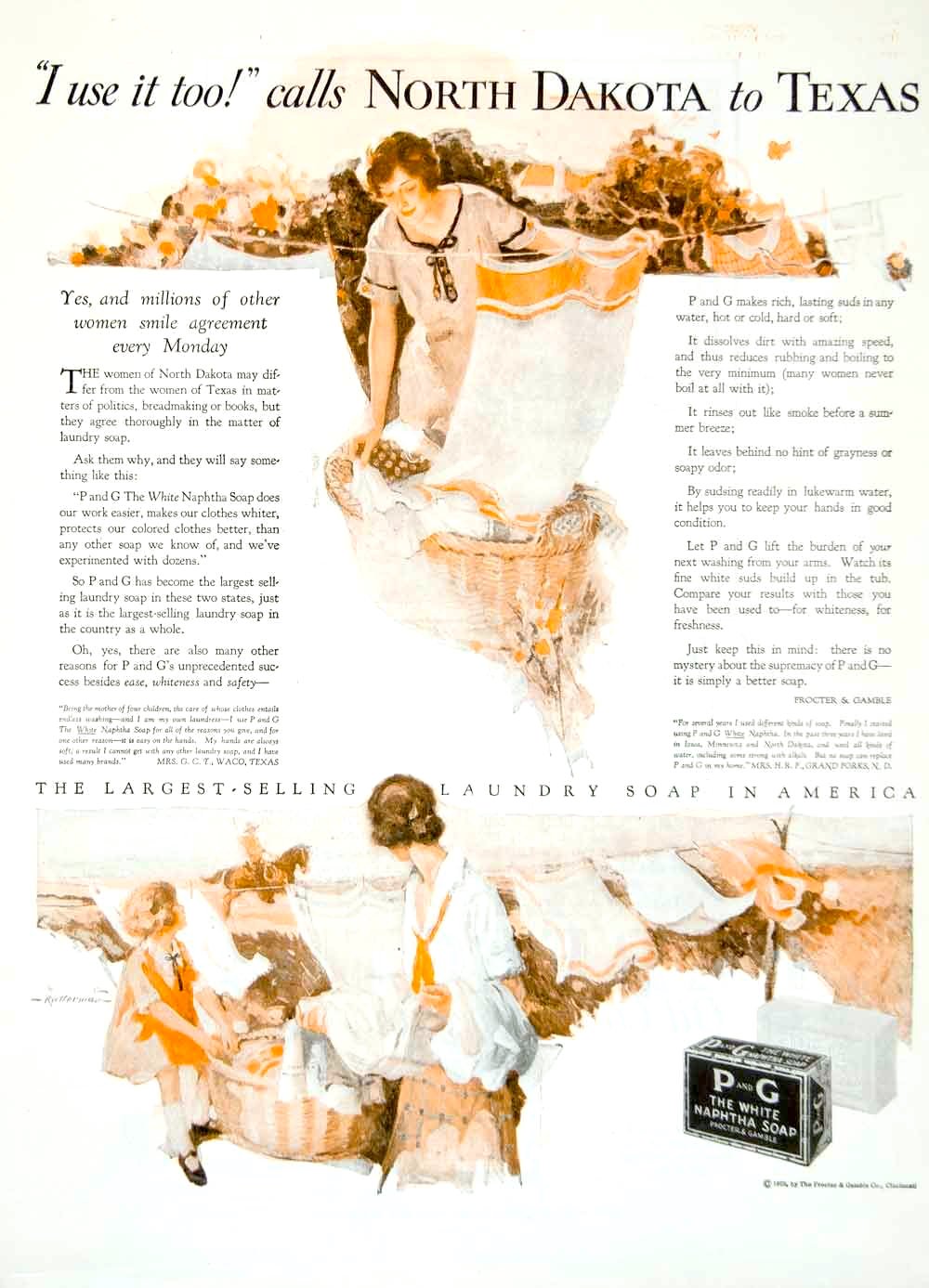 Procter & Gamble soap advertisement - 1925
An example of the then-popular vignette style, but here for an advertisement rather than as a story illustration. 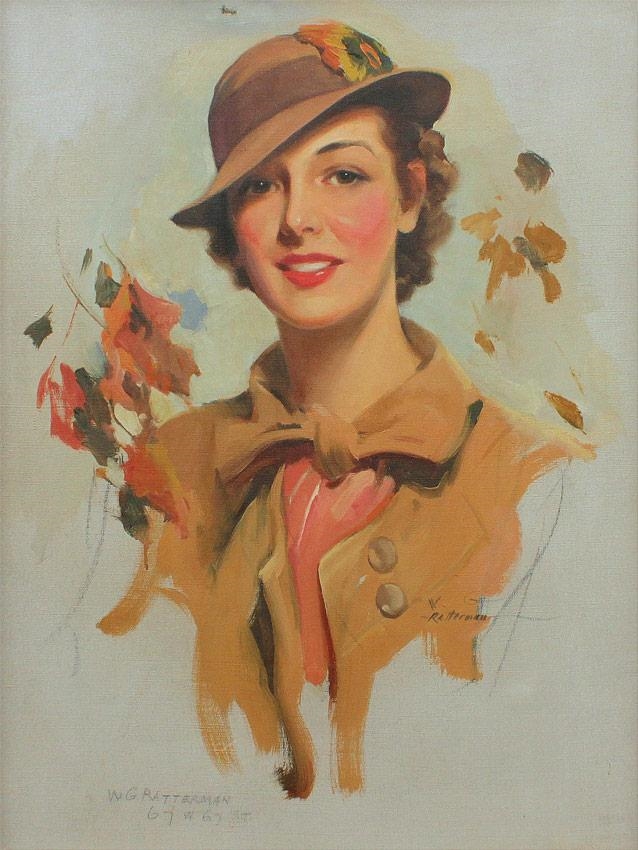 Maureen
From around 1936. More vignette, but I don't know if it was a commercial work or a painting done for Ratterman's use or for a friend.