Frederic Rodrigo Gruger (1871–1953) was a popular illustrator in his day who usually worked using pencil, sometimes augmented by washes. I wrote about him here. David Apatoff's take on Gruger is here and James Gurney's is here. And the Society of Illustrators had this to say.

The present post presents more examples of his work for your consideration. 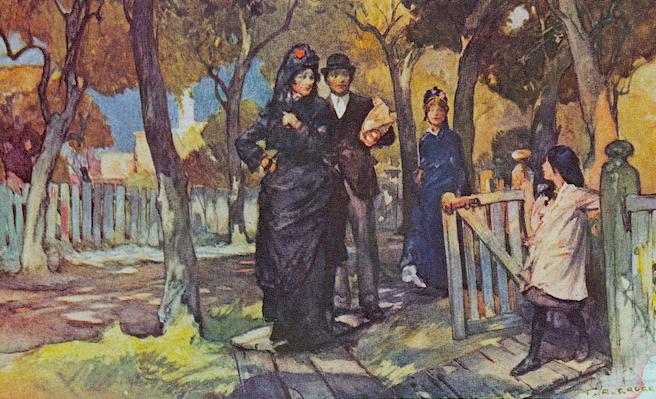 This is a fine example of Gruger's watercolor or ink wash work (I haven't seen the original, so am not sure of the medium).  It's an illustration for Edna Ferber's 1926 book "Show Boat." 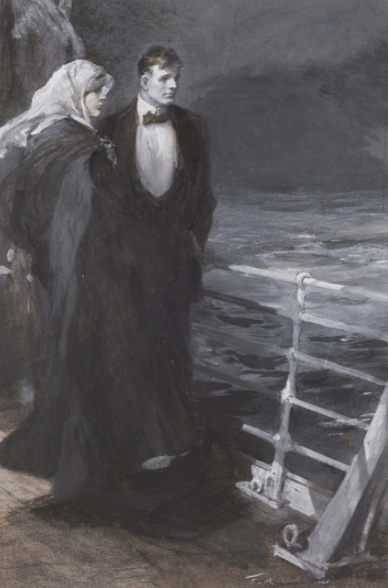 This Gruger illustration seems to be painted rather than his usual pencil work on cheap cardboard (see Apatoff, above, for more on his techniques). 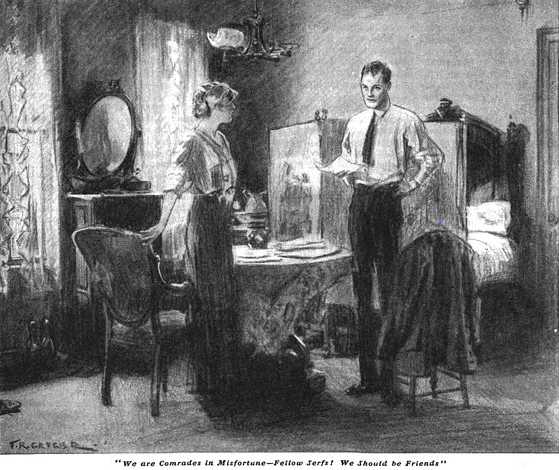 A magazine story illustration.  In the early decades of the twentieth century most non-cover magazine illustrations were in black and white due to production costs. 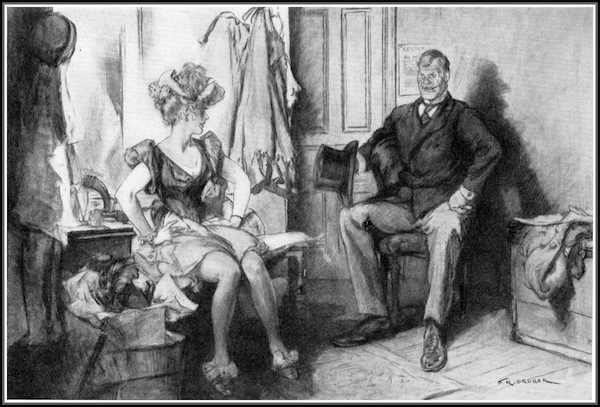 Often, those illustrations were of scenes from the story that were not very dramatic -- especially if the story itself dealt with subjects that weren't basically dramatic. 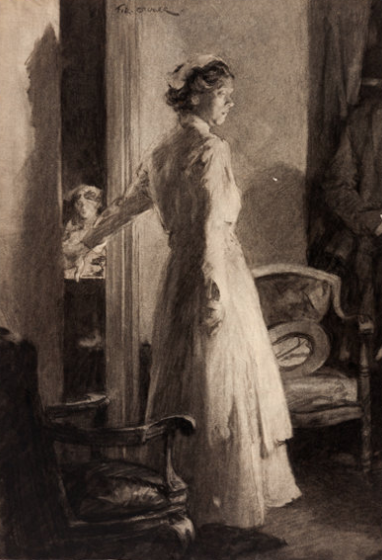 This meant that often illustrations weren't intended to attract the attention of potential readers, instead simply providing an interpretation of what story characters looked like in various settings of the narrative. 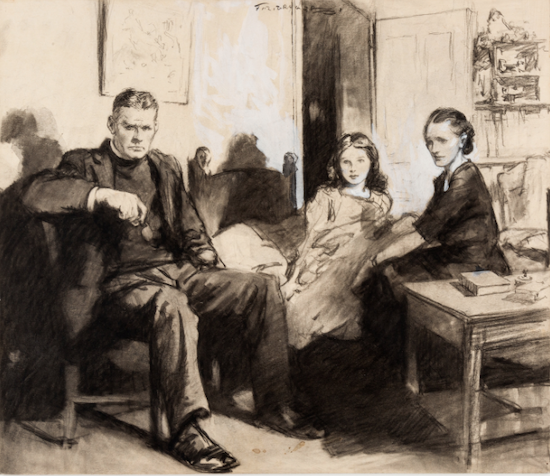 This low-action scene by Gruger might be a study rather than a completed illustration. 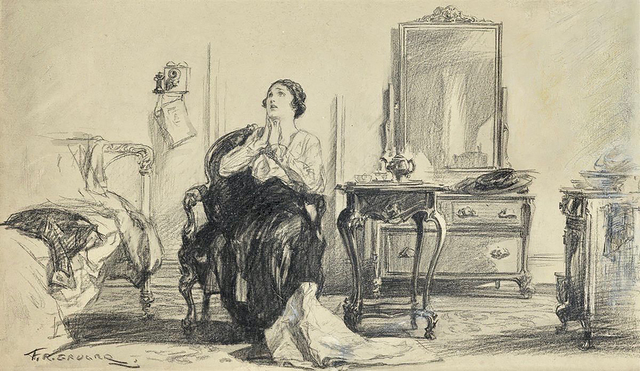 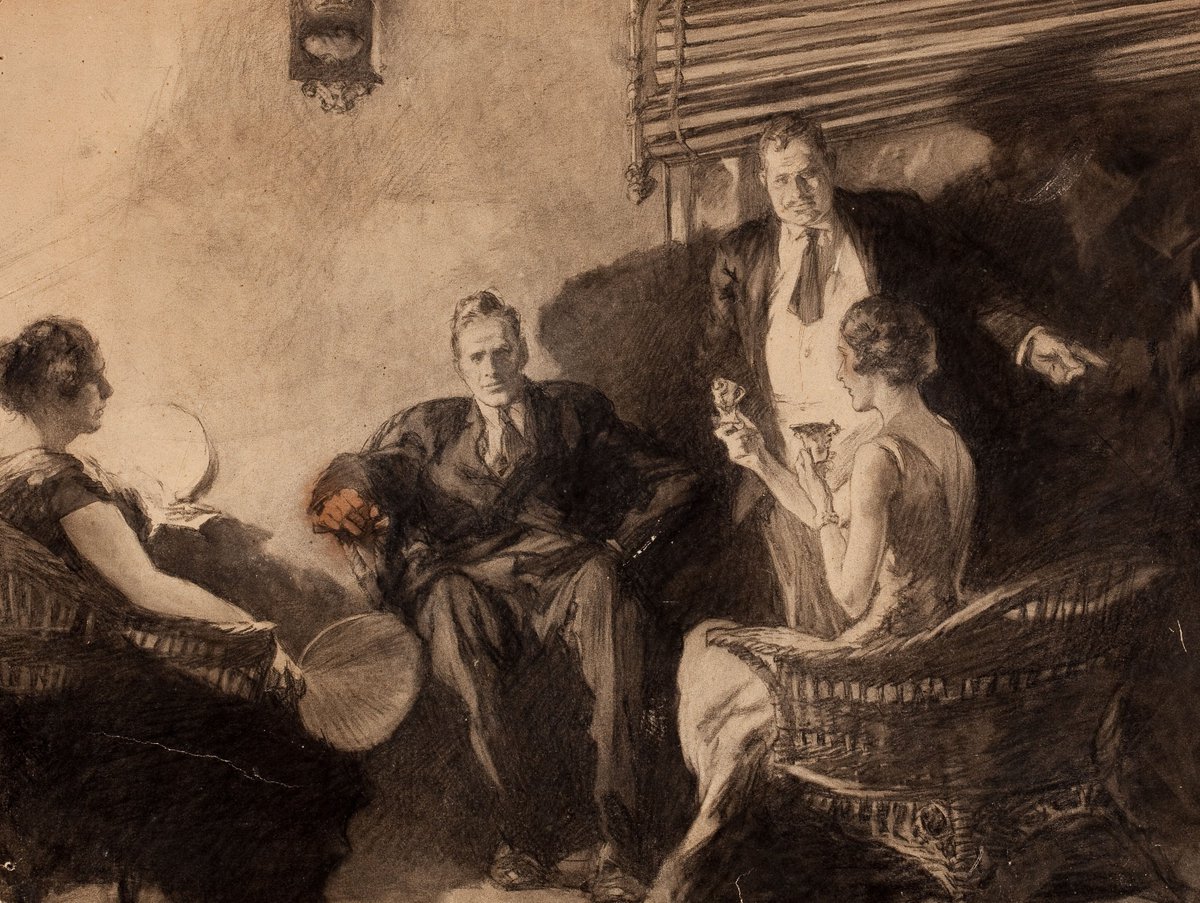 The lighting is dramatic, but the scene is static. All too many Gruger illustrations, while normally well-done, lack excitement. Was that his intention? Or that of magazine art directors?