Clark Hulings - Western and Other Paintings

Clark Hulings (1922-2011) had a successful career as an illustrator as well as a fine arts painter. His Wikipedia entry is here, some biographical information on the Hulings website is here (scroll down), and a review of an exhibit of his work is here.

His health was poor when young, suffering from Tuberculosis, but lived to age 88 and was highly productive. Besides a Physics degree from Haverford College, he received art training from George Bridgman, Frank Reilly and Sigismund Ivanowsky.

His illustration career took place mostly in the late 1940s and the 1950s. Thereafter, he focused on painting, moving to New Mexico in the early 1970s for a better environment for his weakened lungs.

Hulings' paintings generally featured the southwestern United States and his regional subject art is largely displayed and marketed in Cowboy/Western art venues.  He also seems to have traveled extensively in Europe and painted scenes from there.

I cannot recall having seen a Hulings painting in person, so can't comment on brushwork and other details. The images below suggest that their appearance was close to photorealism, but that might be misleading. Several are copyrighted, but I include them so as to provide a sense of his capabilities. 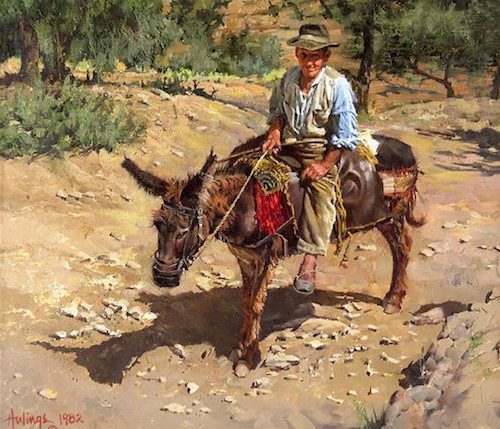 Jose on Maria - 1982
An example of Southwestern subject matter. 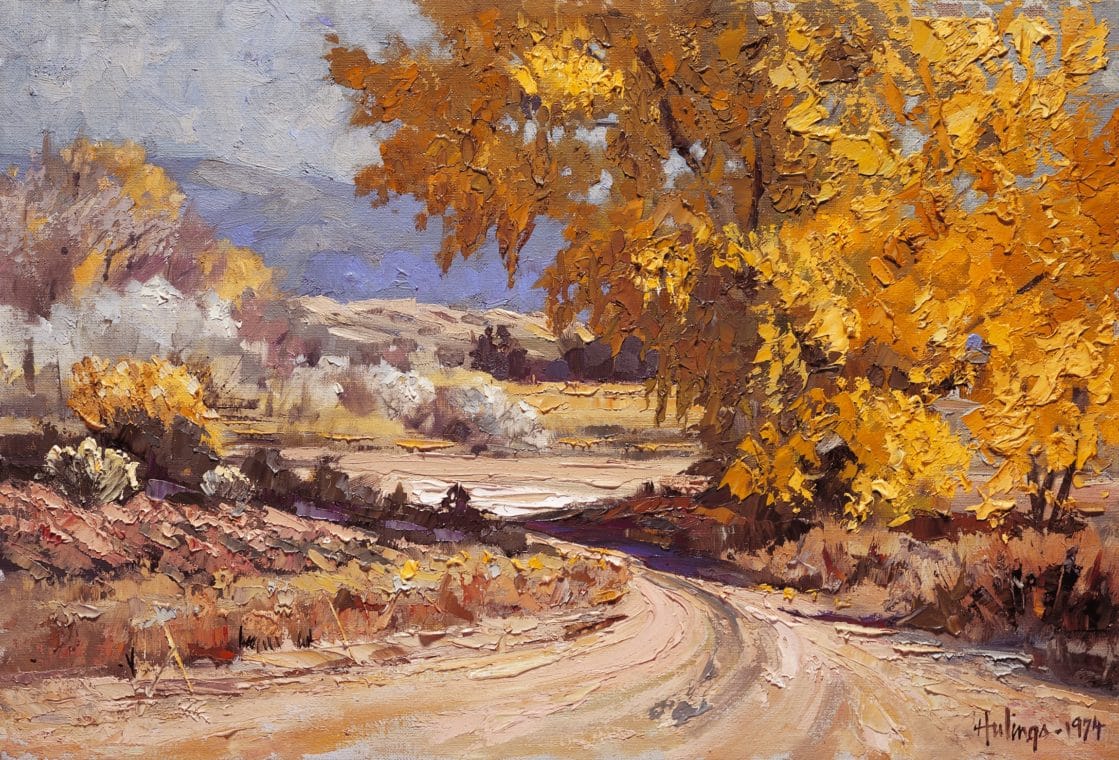 Cuyamungue - 1974
A landscape where brushwork is evident. 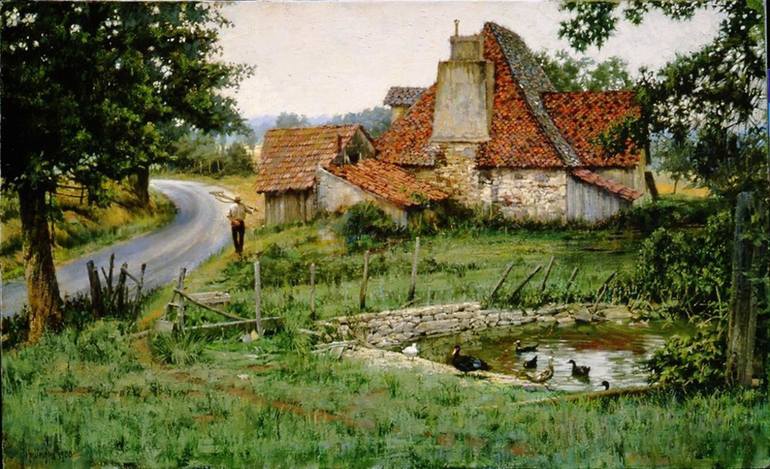 An Ancient French Farmhouse
This strikes me as being created for potential salability, but then Hulings was noted as a shrewd artist-businessman.

A Hilltop Town in Liguria - 1999
One of his Italian paintings. 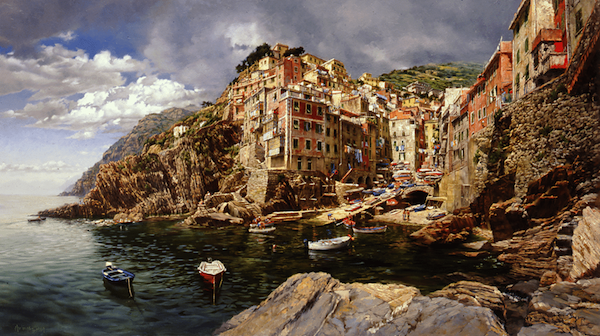 Riomaggio, Sunday Afternoon
And another, this of a Cinque Terre village. The perspective is the same as one would find in a wide-angle photograph. That makes me suspect that is was based on such a photo. 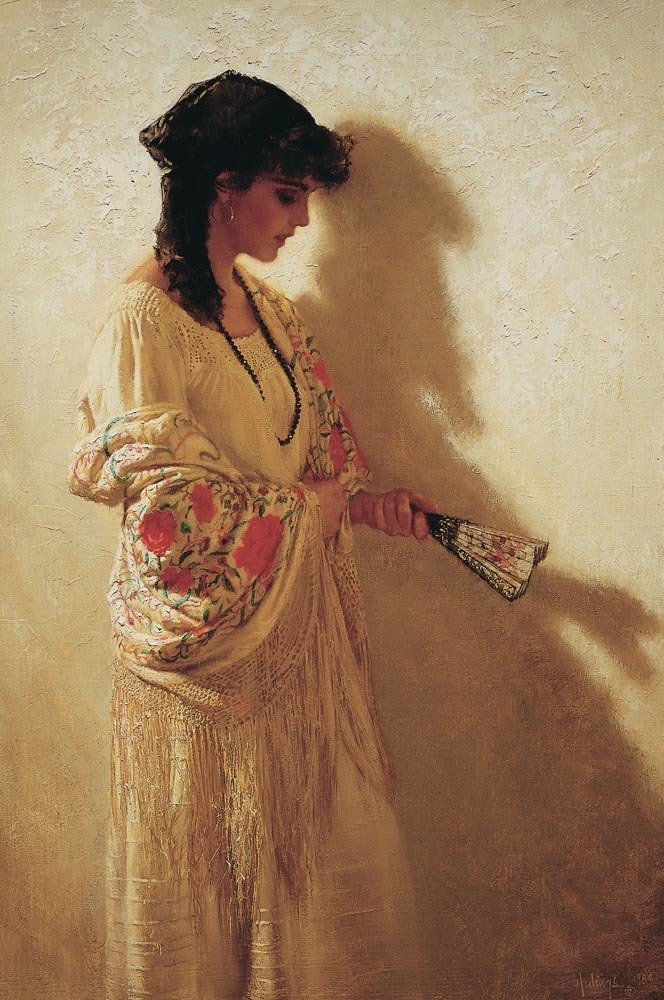 The Spanish Shawl
Not typical of Hulings' painting subjects, though early in his career he made portraits to earn some money. 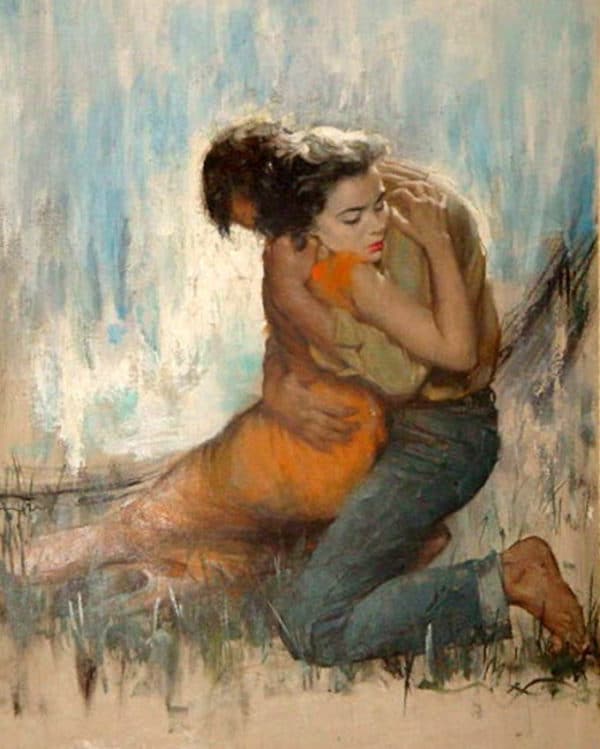 Croppers Cabin cover art (detail)
An example of his illustration work, some of which was for paperback book covers. 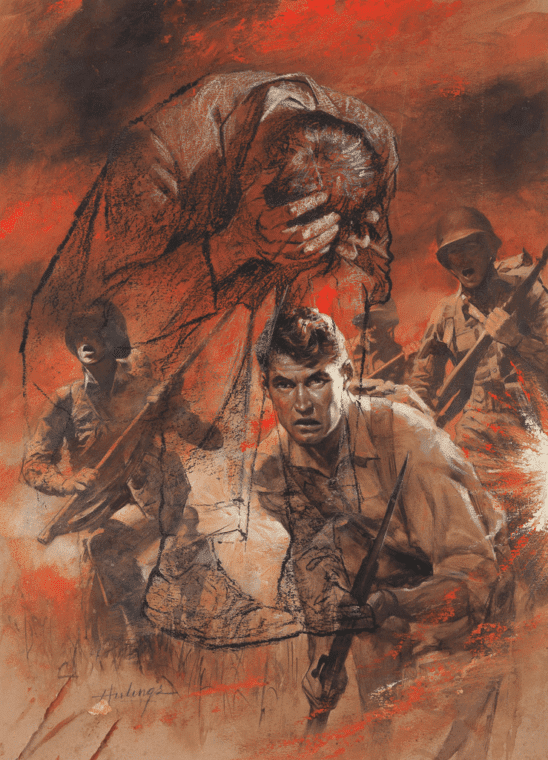 Illustration
Another example, but here he used media untypical for him.
Posted by Donald Pittenger at 1:00 AM