Maynard Dixon, Painter and Illustrator of the Southwest

Maynard Dixon (1875-1946), illustrator and painter of Southwestern United States subjects, is probably less known to the general public than Dorothea Lange (1895-1965), his second wife. She is famous for her photographs of 1930s scenes of people affected by the Great Depression. Some background on Dixon is here.

During the early part of his career Dixon made illustrations, but by the 1920s he was able to shift to painting landscapes and people in the general area of New Mexico, Utah, Nevada and Arizona.

His style was representational, though by the 1920s he followed the fashion of simplification of forms to a slight degree. 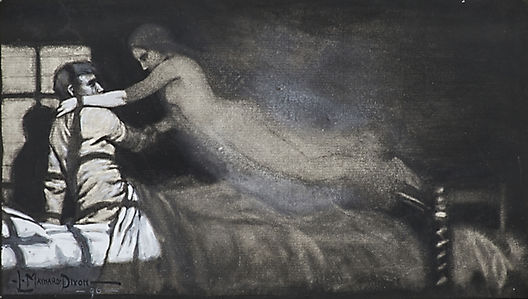 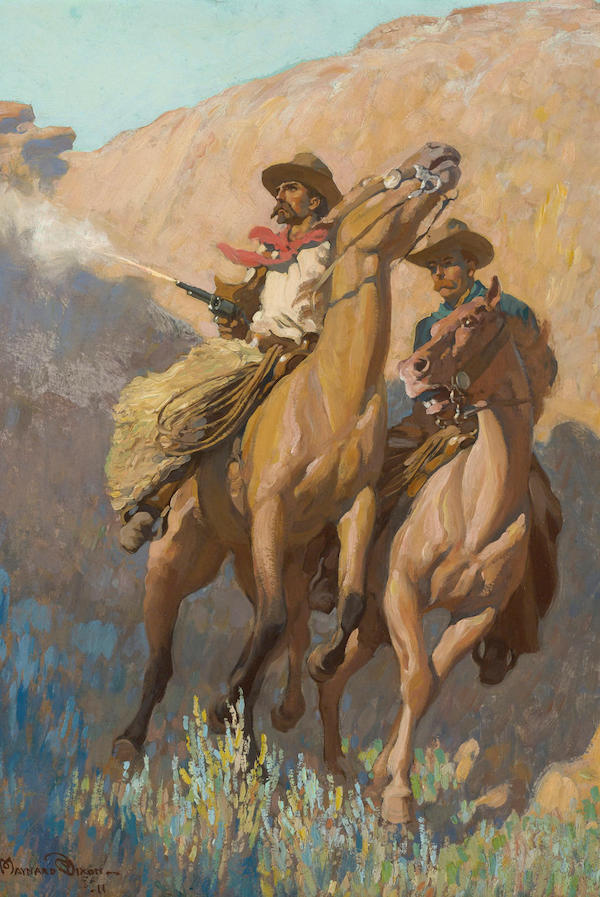 Cowboy illustration - 1911
He was a competent illustrator, though the style of this example is not as distinctive as that of Frederic Remington or N.C. Wyeth. 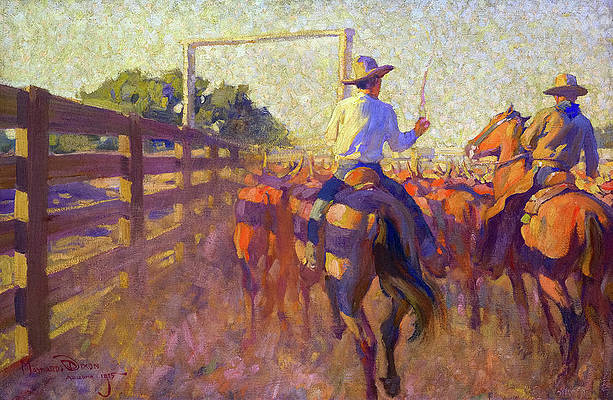 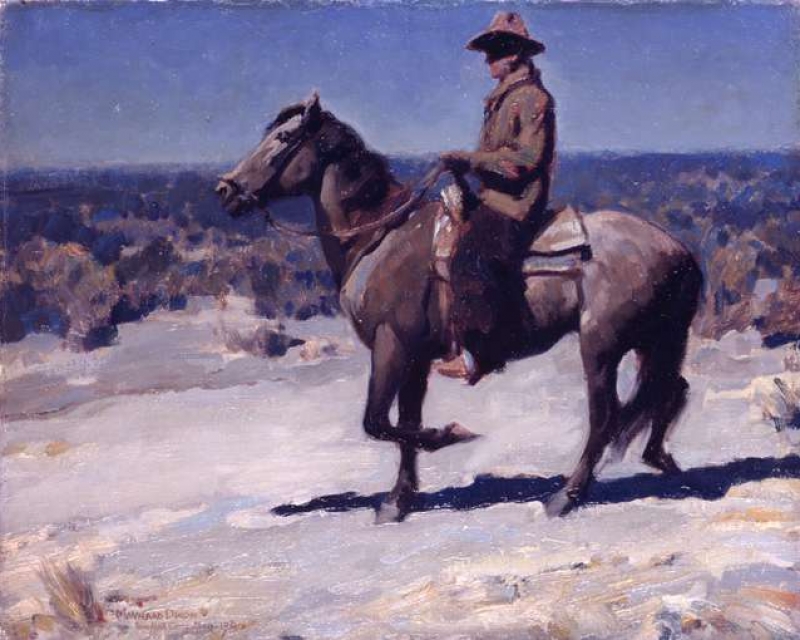 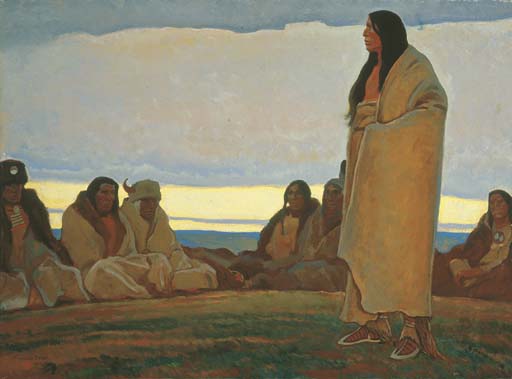 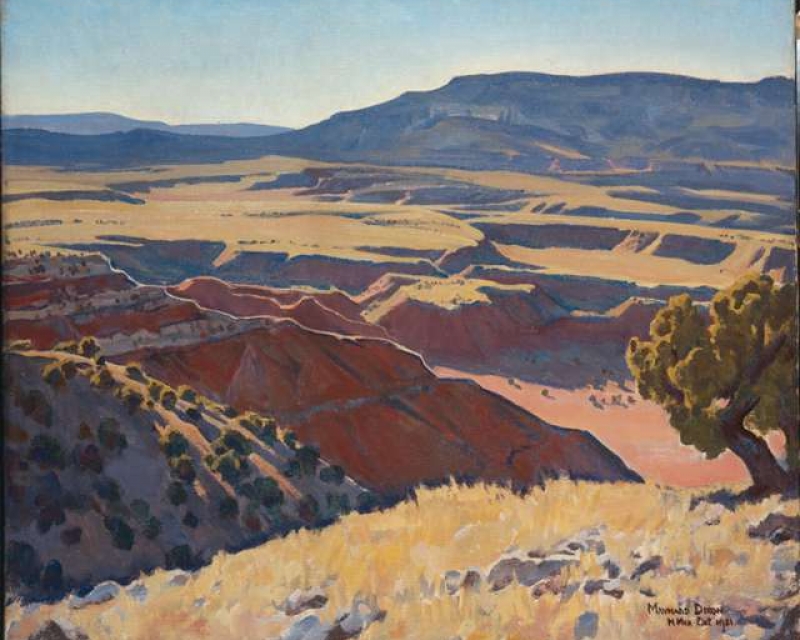 Yonder the Navajos - 1921
A landscape from about the same time as the two images above. 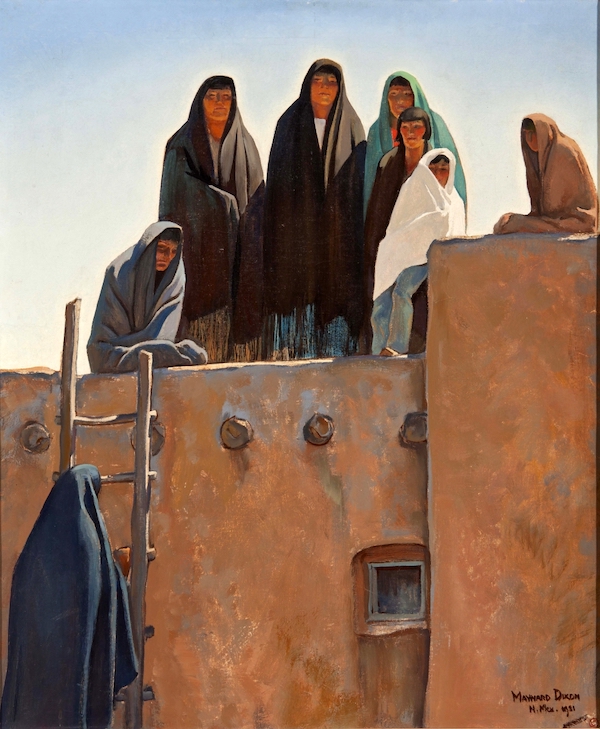 Watchers from the Housetop - 1931
Possibly a view of the Pueblo near Taos, New Mexico. 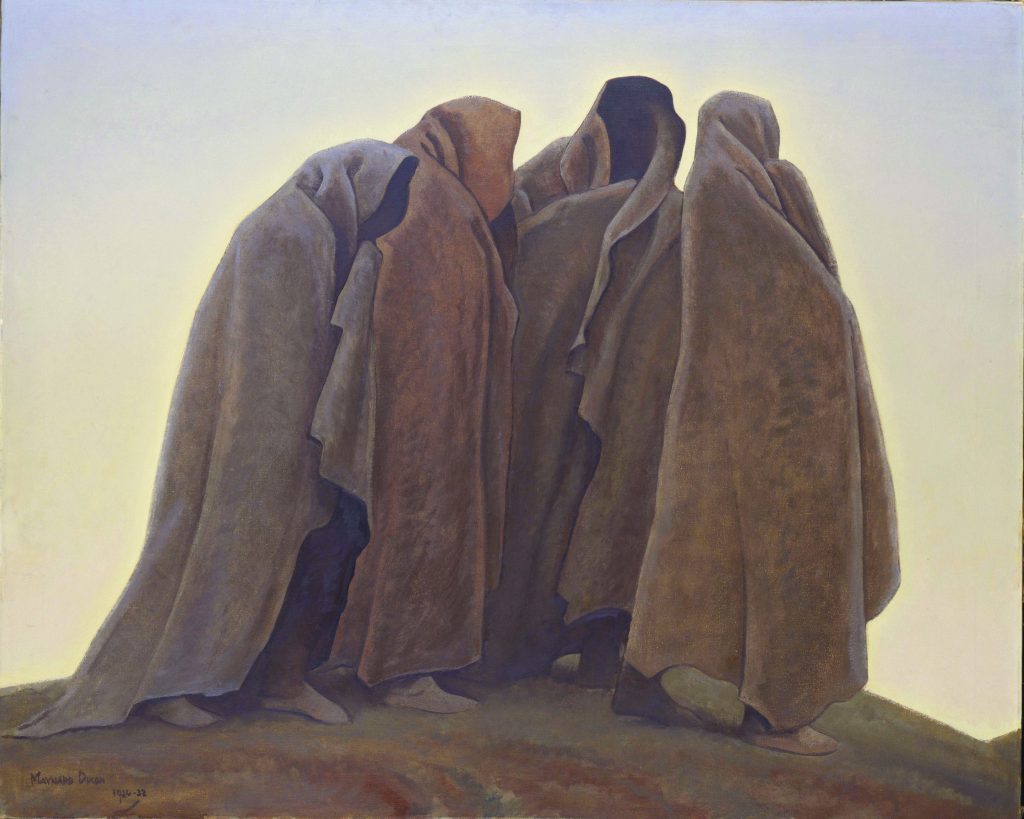 Shapes of Fear - 1932
This is almost sculptural. 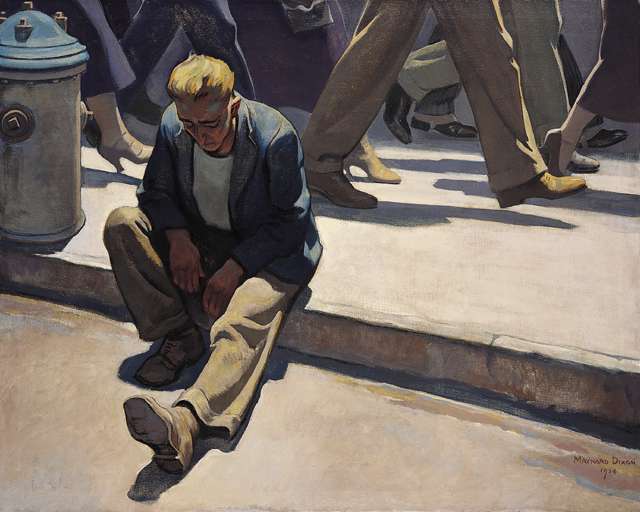 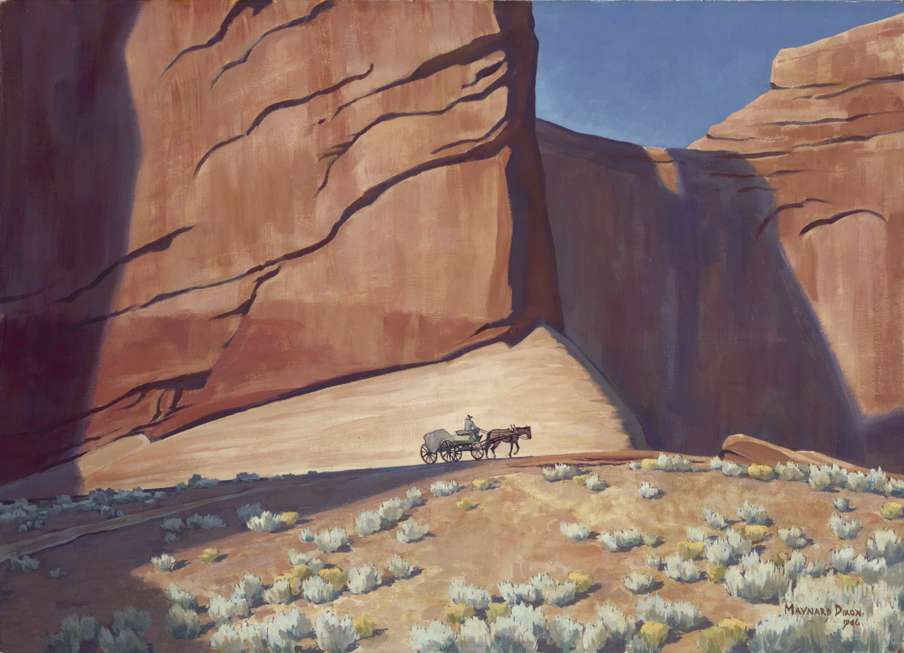 Horse and wagon, Utah - 1946
This might be one of his last paintings -- not very different from what he was doing 25 years earlier.
Posted by Donald Pittenger at 1:00 AM