Toby Edward Rosenthal (1848-1917) was born in Connecticut, spent his youth in San Francisco, and then moved to Germany around age 17 where he apparently spent much of the rest of his life. Or so claims his Wikipedia entry.

His painting style was conventionally representational. Moreover, he was skilled at portraying settings -- details, lighting, coloring and the rest. Subject matter varied. Some scenes were serious while some others were humorous.

In sum, I find Rosenthal highly competent, yet hard to pin down compared to contemporaries whose individuality was stronger and more consistent over their careers. 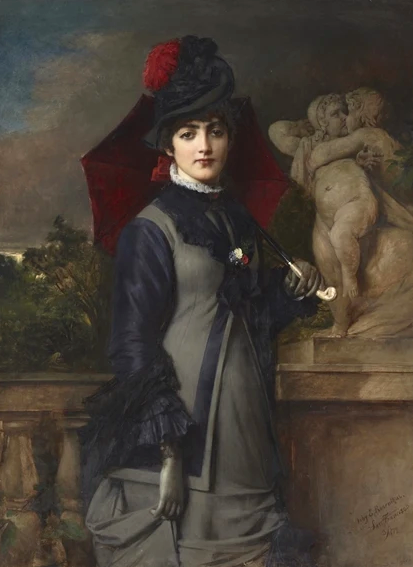 Woman with Parasol
I can't quite read the writing at the lower right, so will assume for now that this was from early in his career. 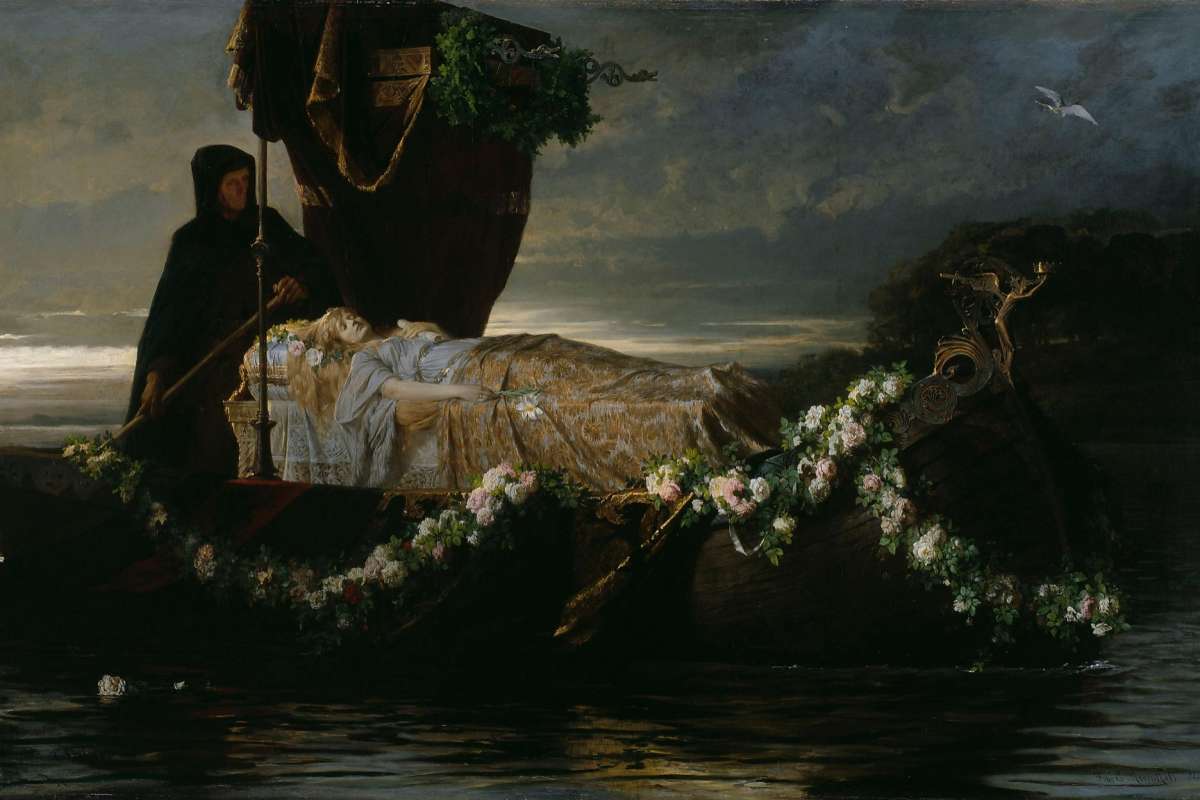 The Beautiful Elaine - 1874
Apparently this painting was well-received when it traveled to America. 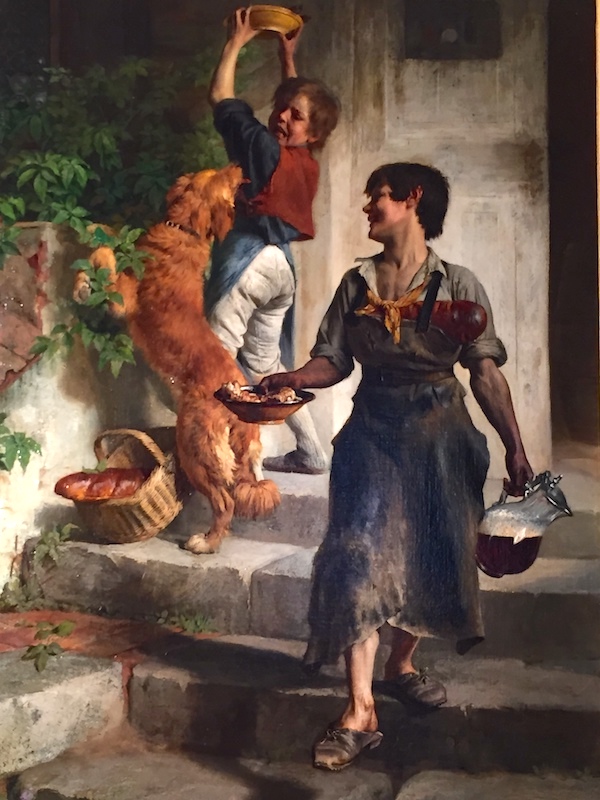 He Who Laughs Last - 1876
The left half of a diptych, the other titled "Who Laughs Last" showing the young man at the right sprawled after slipping. 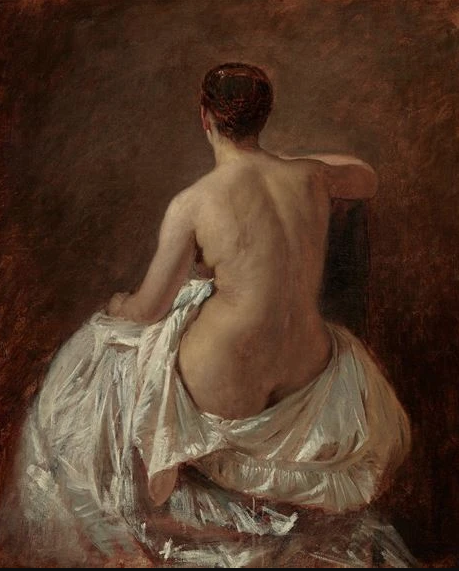 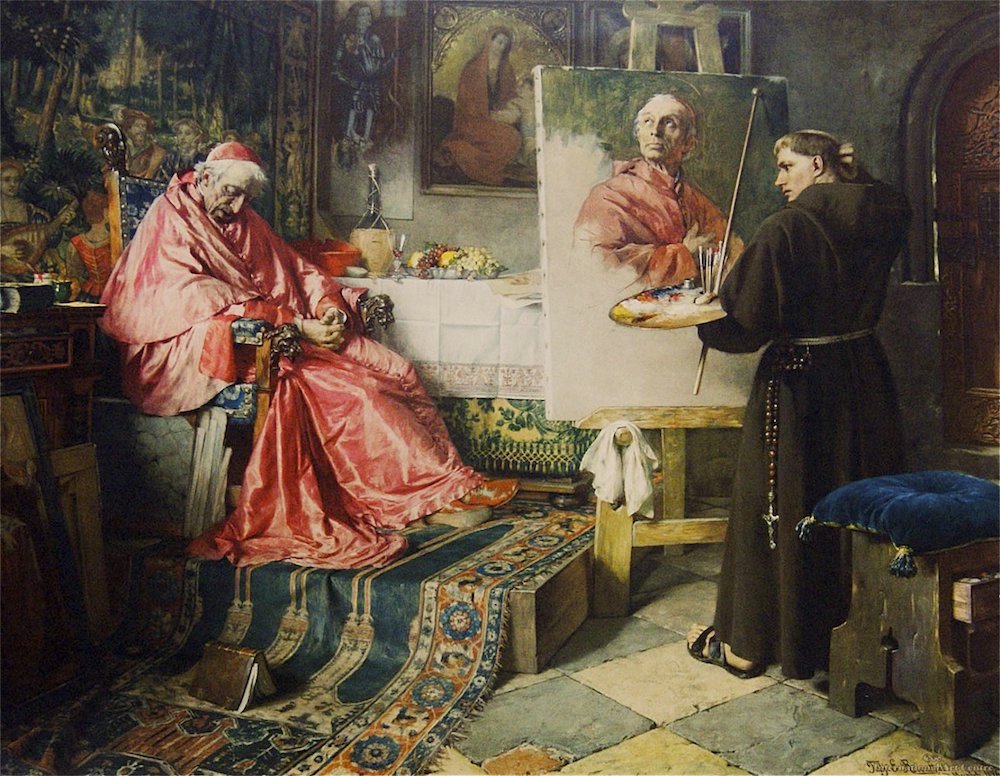 Sleeping Cardinal (The Cardinal's Portrait) - 1896
An amusing scene. Note the skillful depiction of the setting's details. 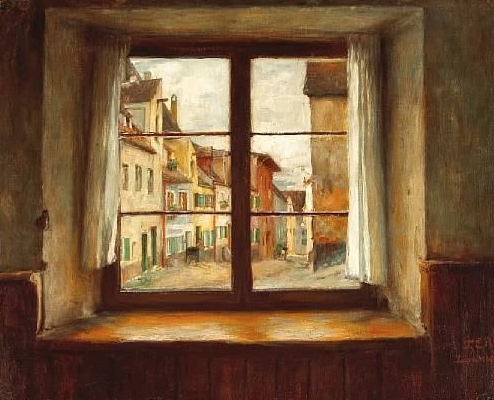 View Through a Window, Landsberg, Germany - c. 1900
Not that it matters here, but the prison in Landsberg was where Hitler was jailed following the Munich "Beer Hall Putsch" and wrote "Main Kampf." 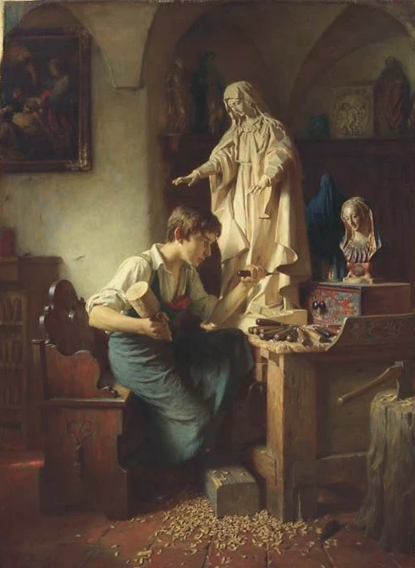 His Madonna - 1916
A late painting, still done in conventional style. Apparently Rosenthal was able to ignore Impressionism and all the modernist "isms" of the early 20th century.
Posted by Donald Pittenger at 1:00 AM