Gustav Klimt (1862-1918) was never mentioned in the art history class I took many years ago. Now he is famous. That fame largely rests on his early 1900s "golden" period works such as "The Kiss," "Adela Block-Bauer," "Judith" and "Pallas Athene." His Wikipedia entry is here.

The styles of his drawings tend to parallel those of the paintings he was making at about the same time. Those below are shown in approximate chronological order based of their styles. 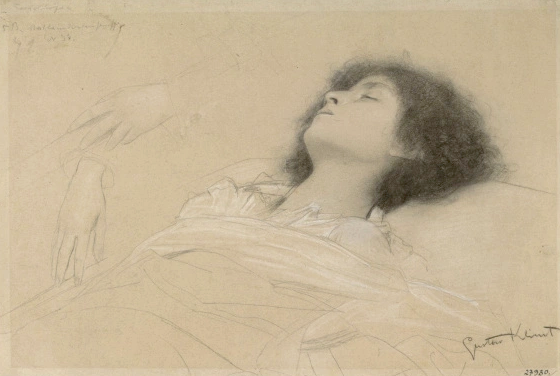 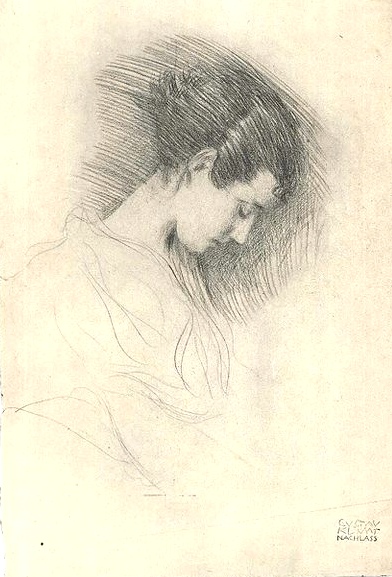 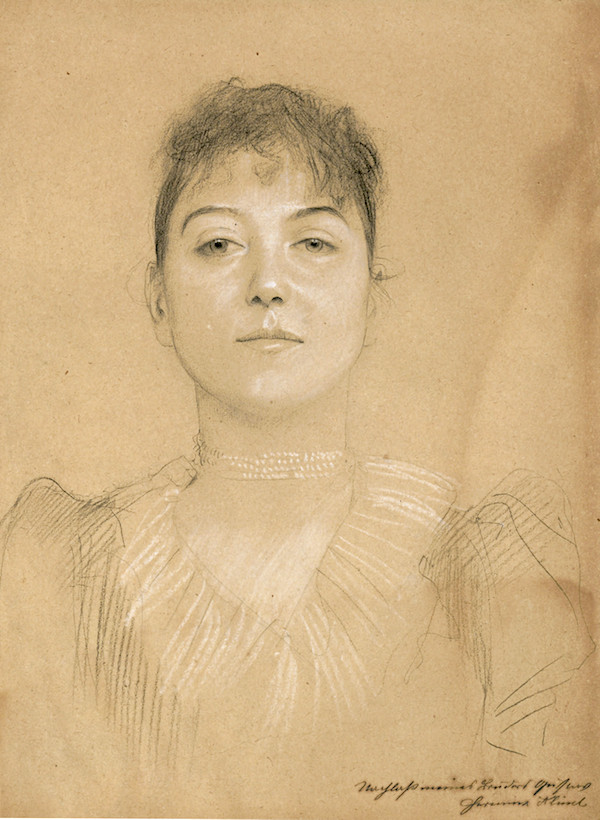 These first three drawings seem to be from the time Klimt's paintings were mostly conventional. 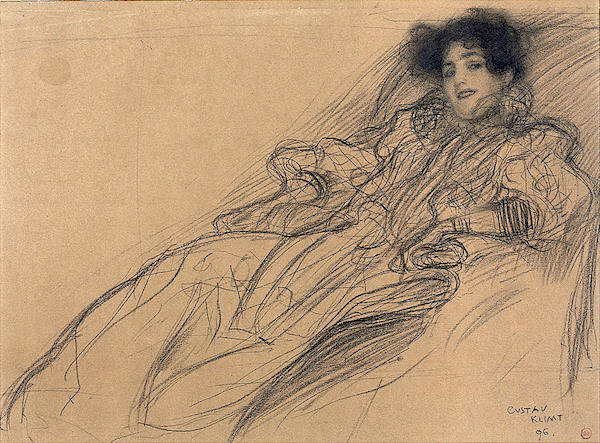 This was probably made in 1896 when his style began to move from conventionality. 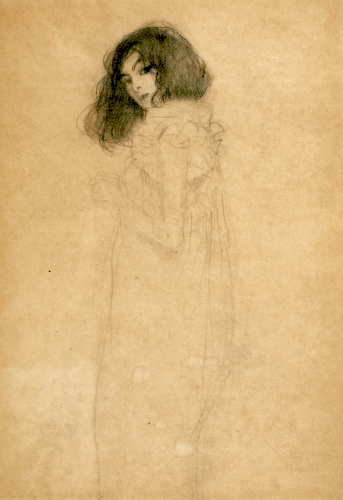 He often put the greatest effort into faces. 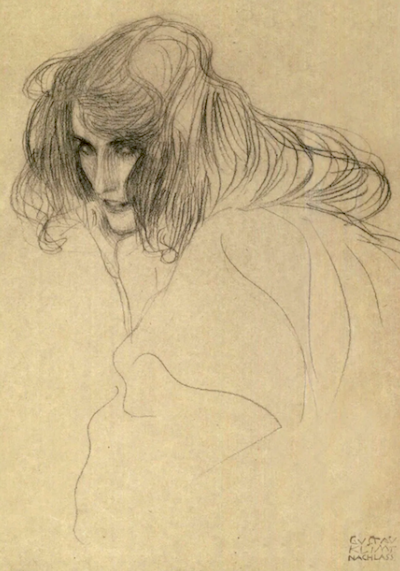 Apparently a study for his 1902 Beethoven Frieze. 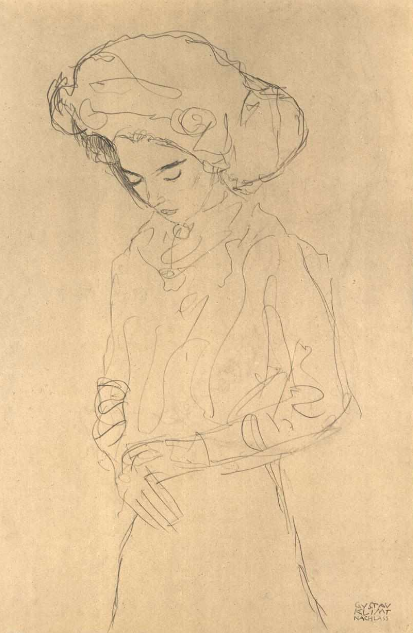 The signature block is the same as for the previous drawing.  The word nachlass refers to posthumous collection. 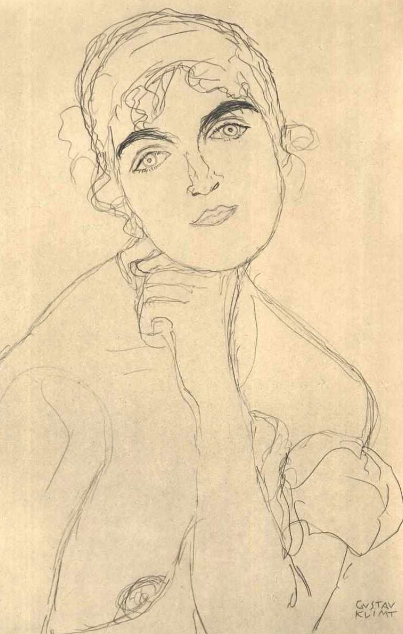 From his late period around the time of the Great War. 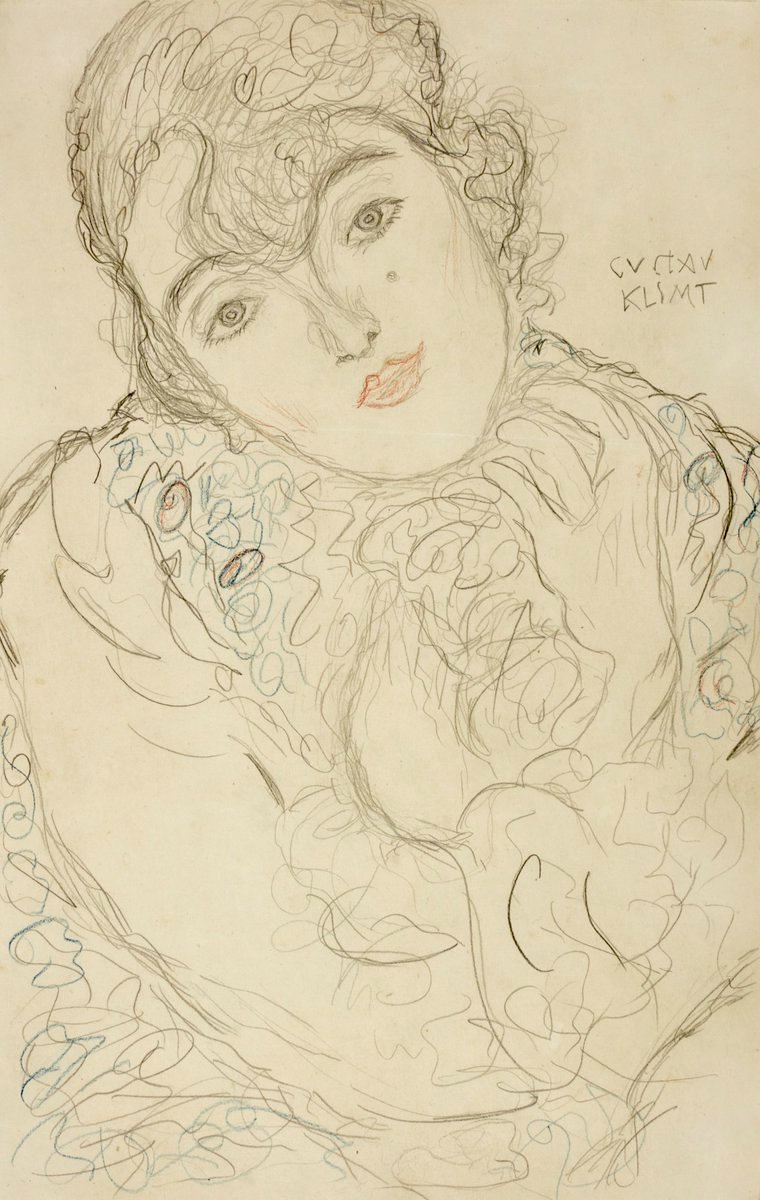 Another from that time.
Posted by Donald Pittenger at 1:00 AM

We might have expected drawings to be quick, minimalist and generalist. But some of these drawings are carefully drawn portraits of specific women. Well done, Klimt!