Samuel Marshall Frantz (1890-1953), was born in the Russian Empire, trained in art in Philadelphia, and became a fairly successful illustrator until the Great Depression of the 1930s drove him to paining covers for "pulp" magazines (low-priced collections of stories). Biographical information can be found here.

Frantz was capable of good work, but his production seems to have been of uneven quality, based on those of his images found on the internet. Examples are in the Gallery below. 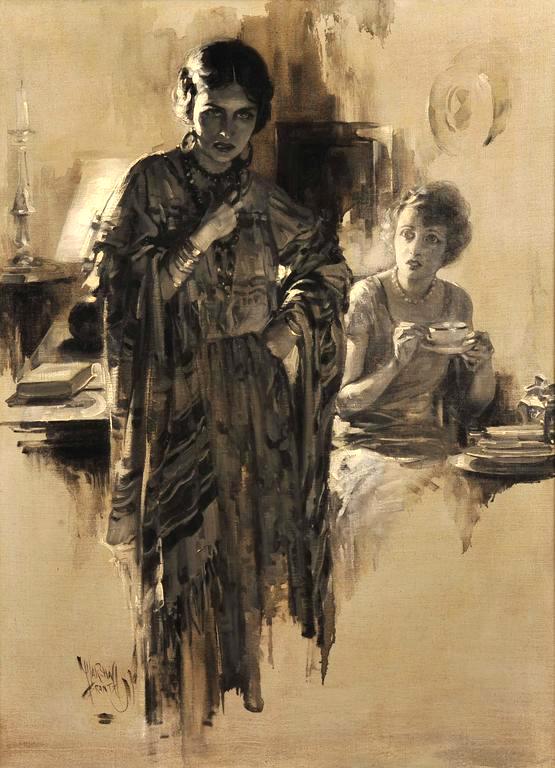 I think this is Frantz's most impressive illustration, but don't have information regarding its source. I especially like his treatment of the lady in the foreground -- the contre
-jour lighting, the brushwork, etc. 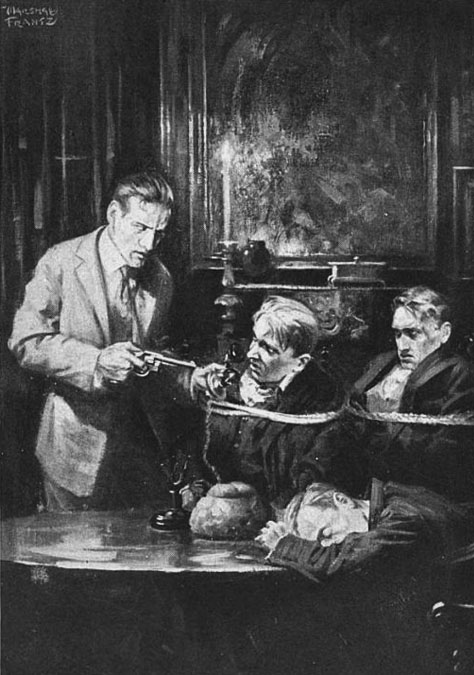 From Munsey's Magazine, July 1921
An early example: somewhat crudely done, in my opinion. 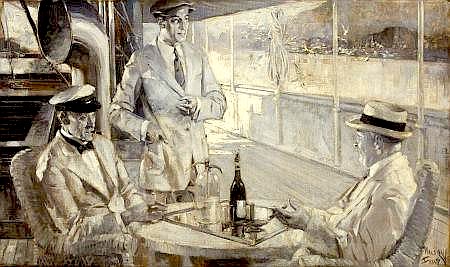 Another 1920s illustration. Decently drawn aside from the oddly angled shoreline in the background. Play Time
I like the treatment of light and shade.

Looking at sail boats
This would have worked better in color due to the busy area in the right half. But color illustration was expensive and therefore rare in the 1920s, so black in white this had to be. I wonder if this was a two-page spread illustration because the elements seem to split down the center. 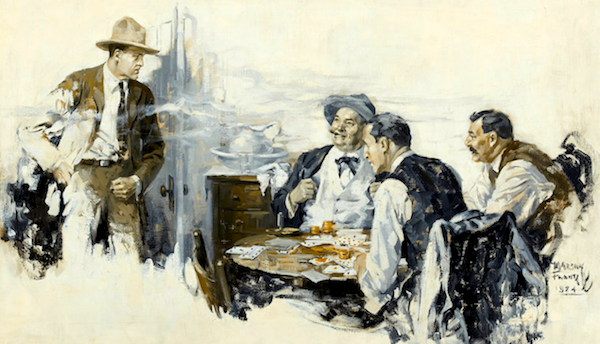 The Card Game - 1924
Another vignette-style illustration. These were common in the 1920s and 30s. 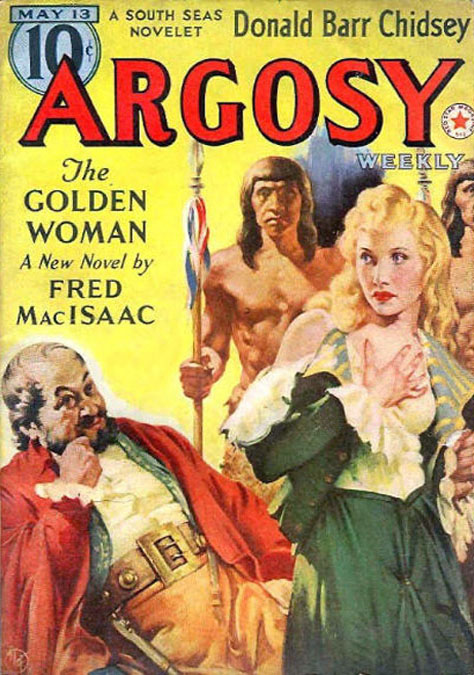 Argosy cover - 13 May 1939
An example of his pulp work. The subjects are less-skillfully done than in some of the images above. Either some crudeness was expected by the editor, or else Frantz dashed off the work due to a short deadline or low pay for his effort. 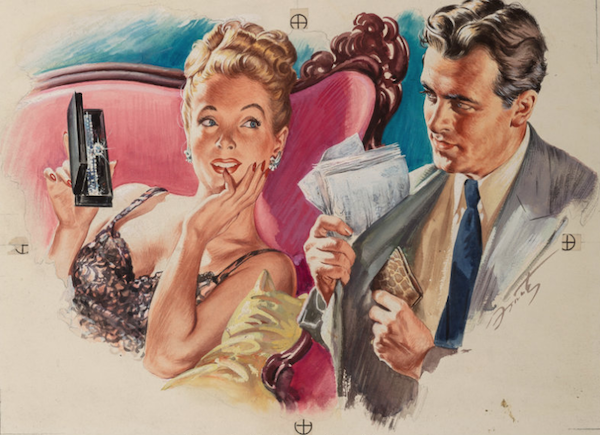 Diamonds Cost Money - story illustration, 1946
A rare postwar example. Quite different from the previous illustrations, and in line with illustration fashions of the time.

Hello, I am curious where you discovered Marshall Frantz. He is my great uncle and I am looking for more information on his work. Thank you

Jennifer -- Sorry about this late reply, but our Internet connection was down for several days. I drafted the post a couple of months ago and forget where I came across Frantz. In most cases where I'm not already familiar with an artist, I stumble across an image on the Web or else (less likely) from one of my reference books dealing with American illustrators. I suggest doing a Web search on Google, Bing and other tools to locate info.