I was touring New England in June and made sure to visit the Norman Rockwell Museum in Stockbridge, Massachusetts.

On display were some examples of Rockwell's studies for his Saturday Evening Post cover art.  His studies were extremely detailed, little different from the final art apart from being drawn in pencil and lacking color.

Although this was highly labor-intensive, Rockwell in later years had an assistant to do some chores such as transferring a drawing to canvas, taking care of oil paints, cleanup, and such.

Below are some iPhone photos I took.  Click on them to enlarge. 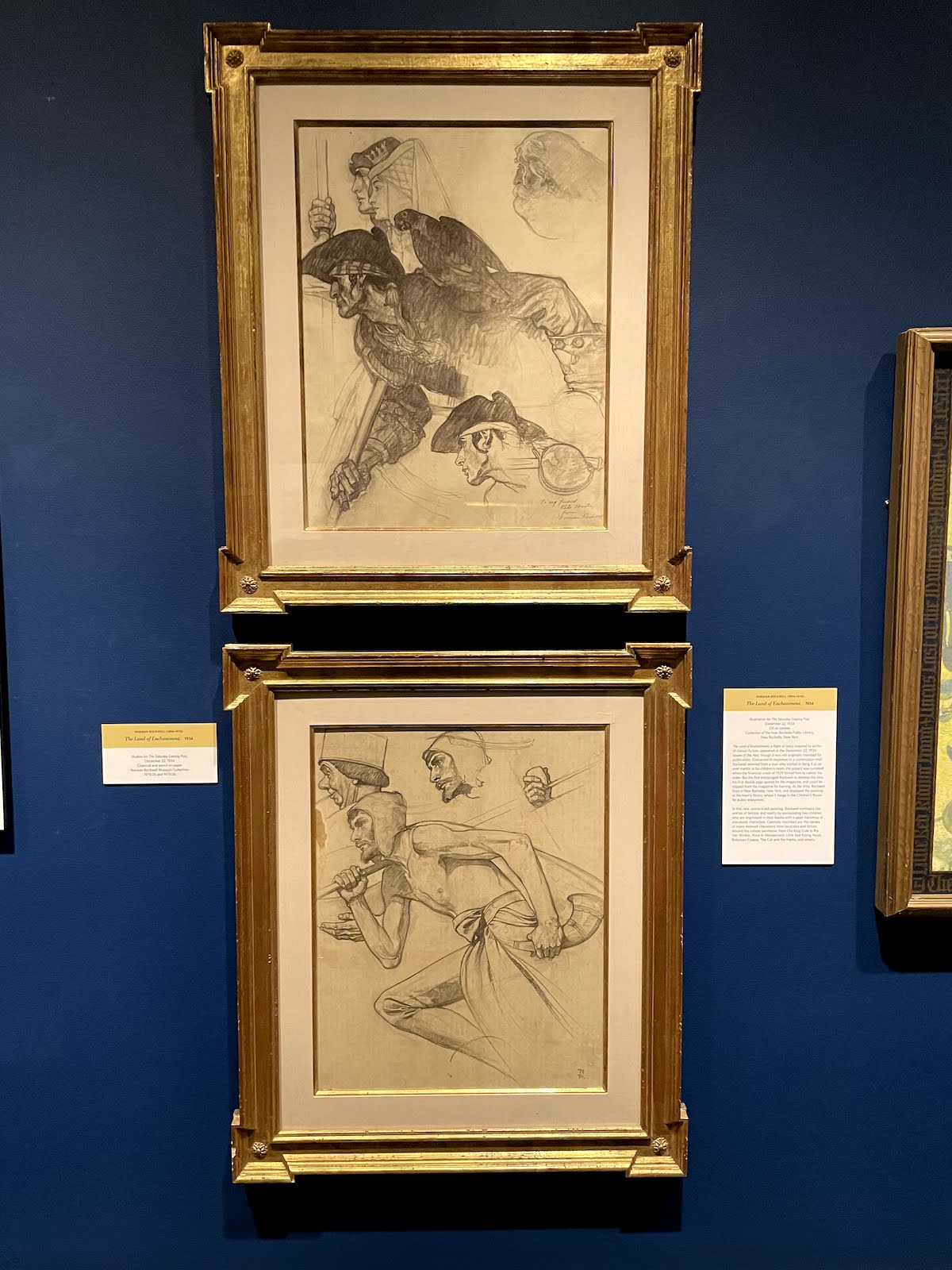 Land of Enchantment - 1934
These are sketches of details and not a full-scale study. 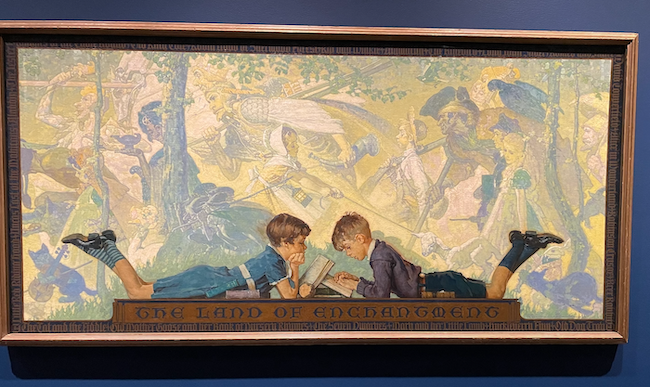 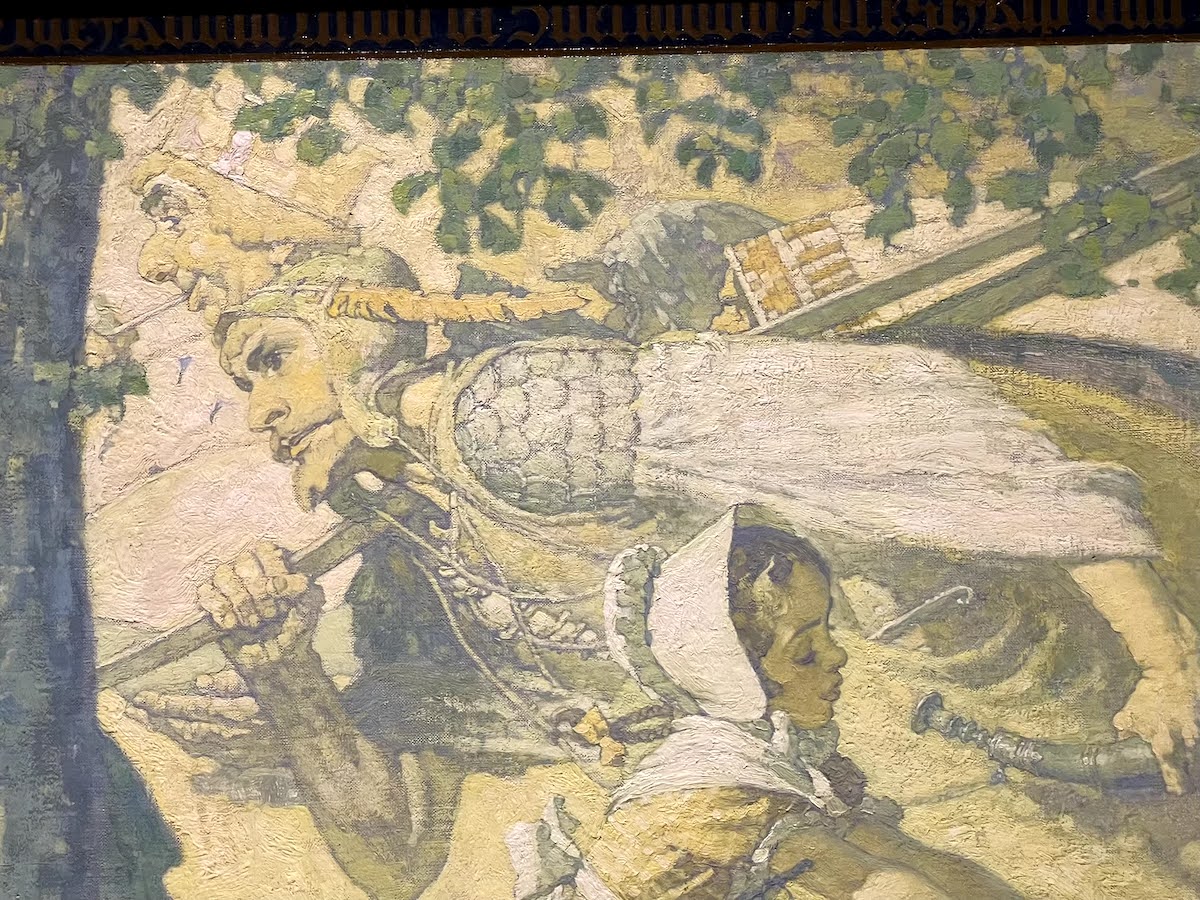 A detail derived from the lower sketch. 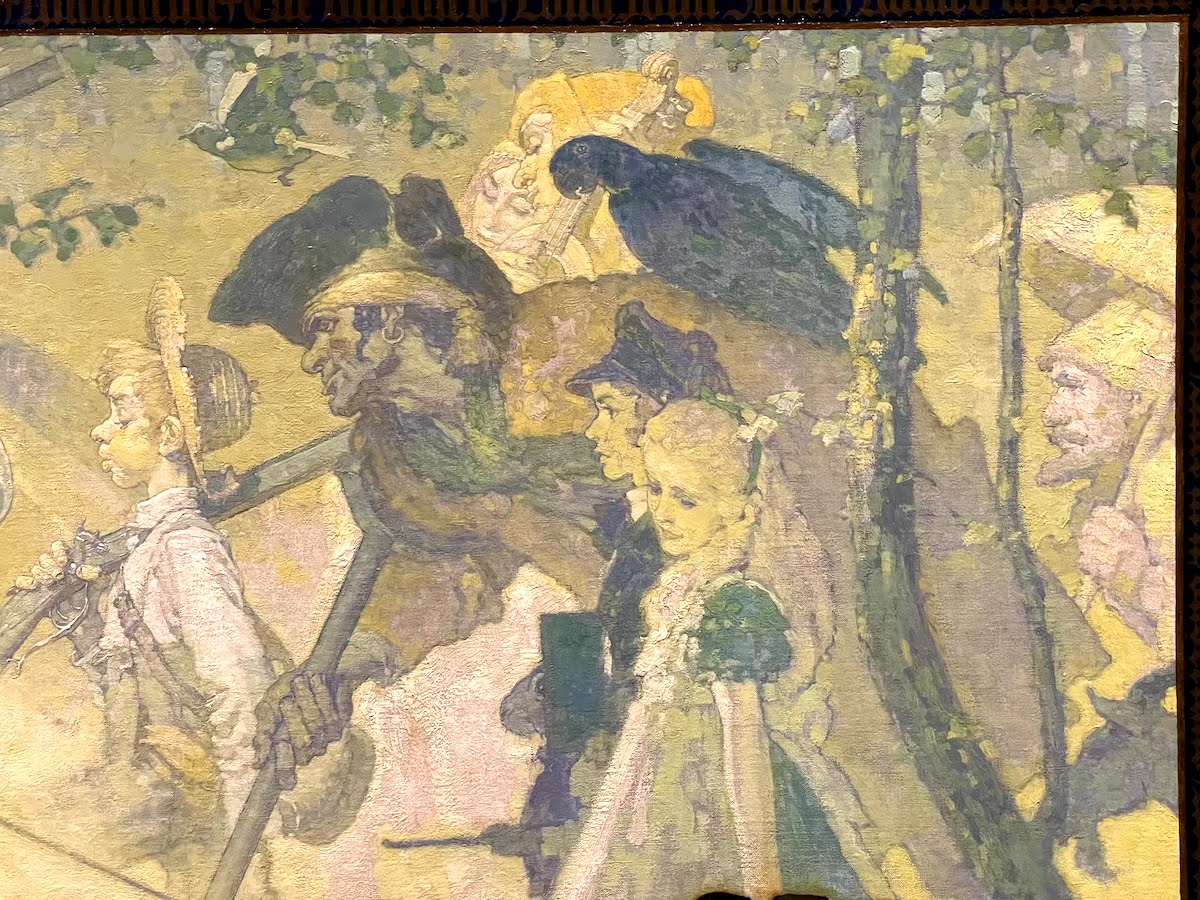 Detail based on the upper sketch. 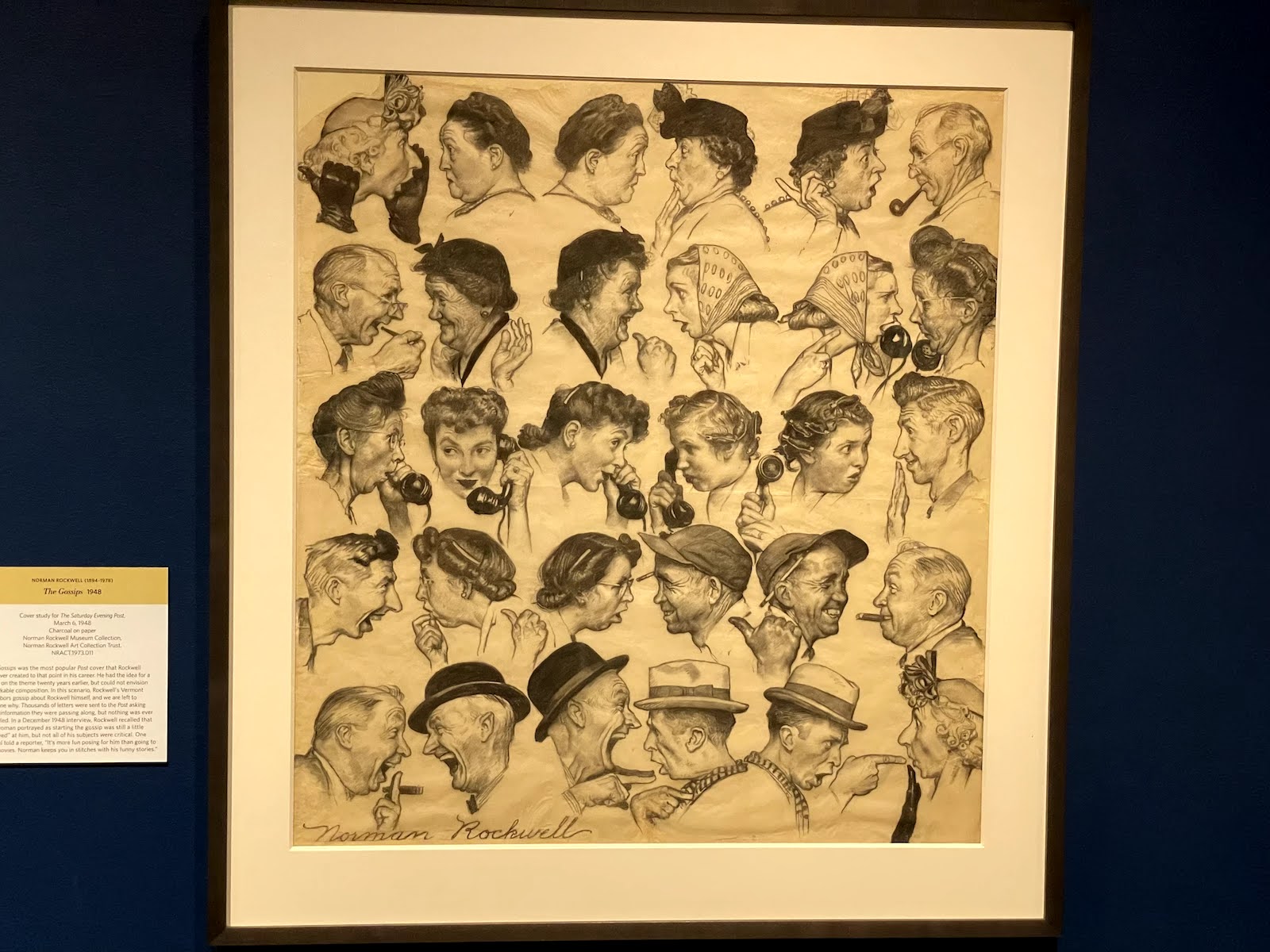 The Gossips - 1948
Study for one of his most famous Post covers.  Note the size compared to the nearby information plaque. 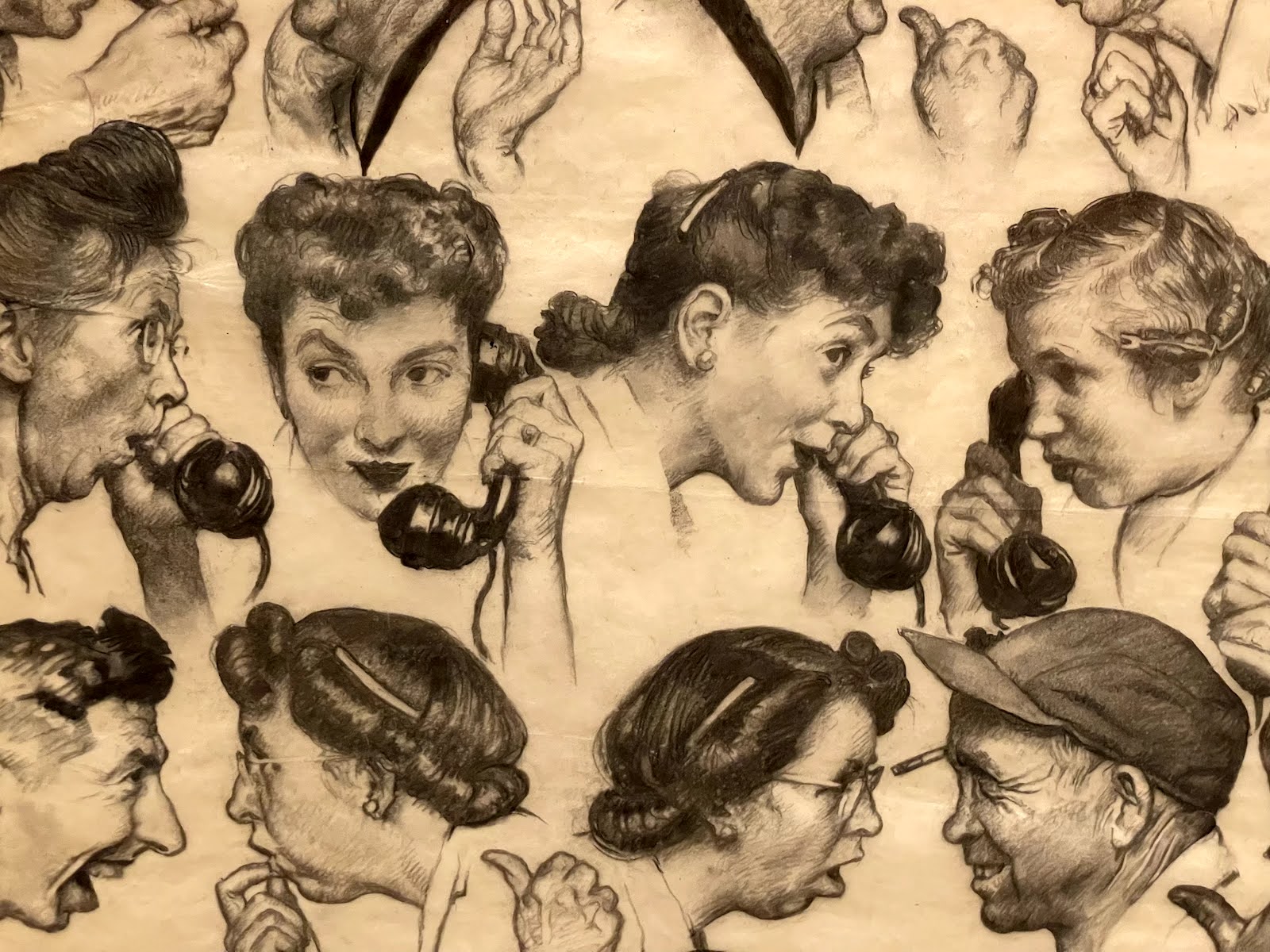 Detail featuring Rockwell's wife.  He pictured himself on the bottom row of the previous image. 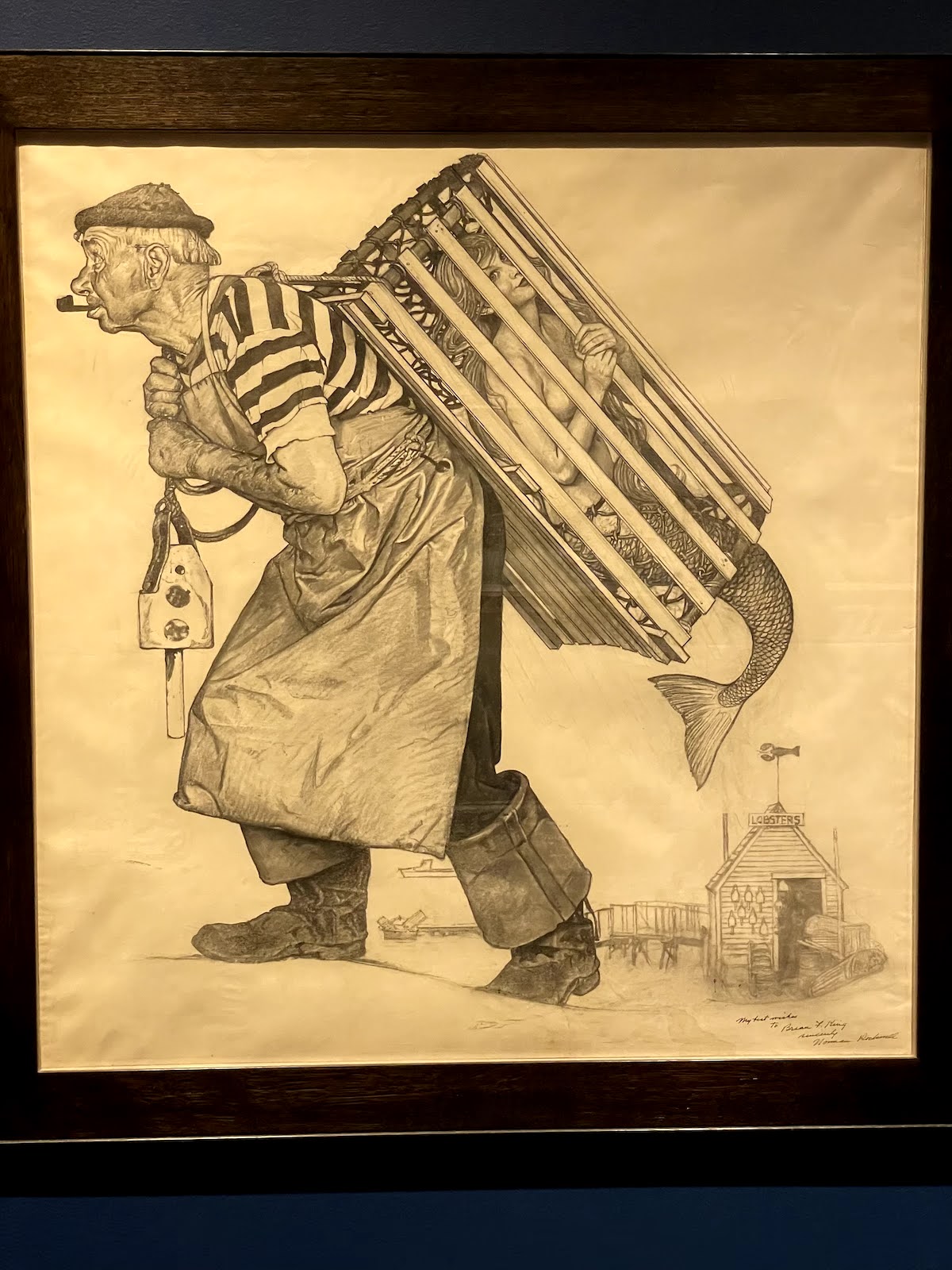 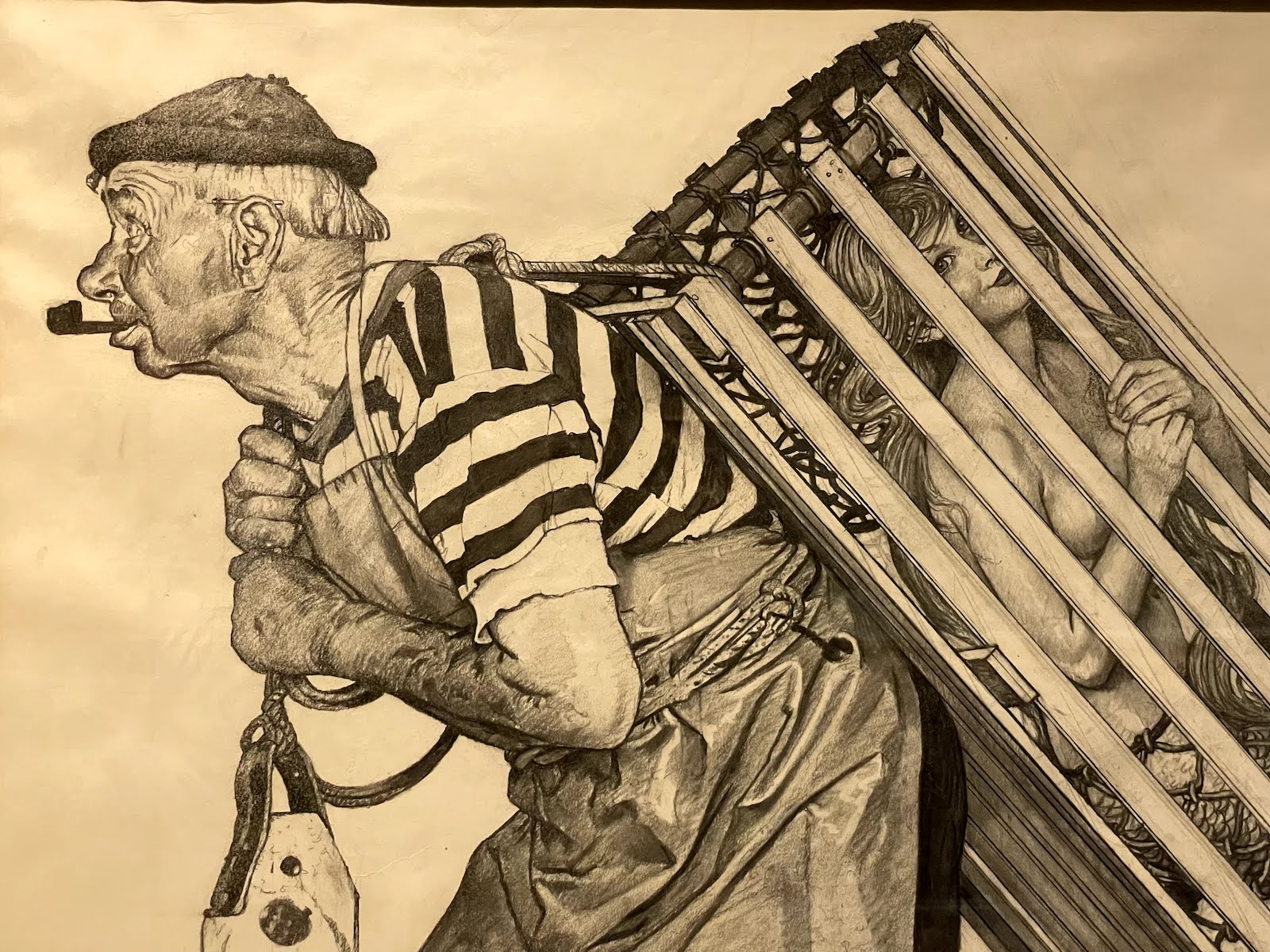 The mermaid seems pretty sexy for the 1955 Post, but the final was the same pose as here. 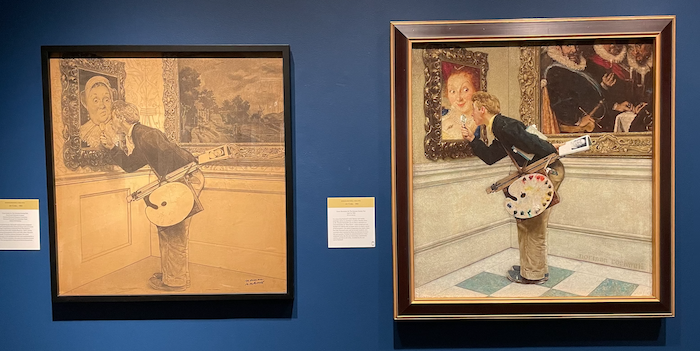 The Art Student - 1955
This compared the study with the final art.  Most of the background details differ, so it's likely that a later study was made. 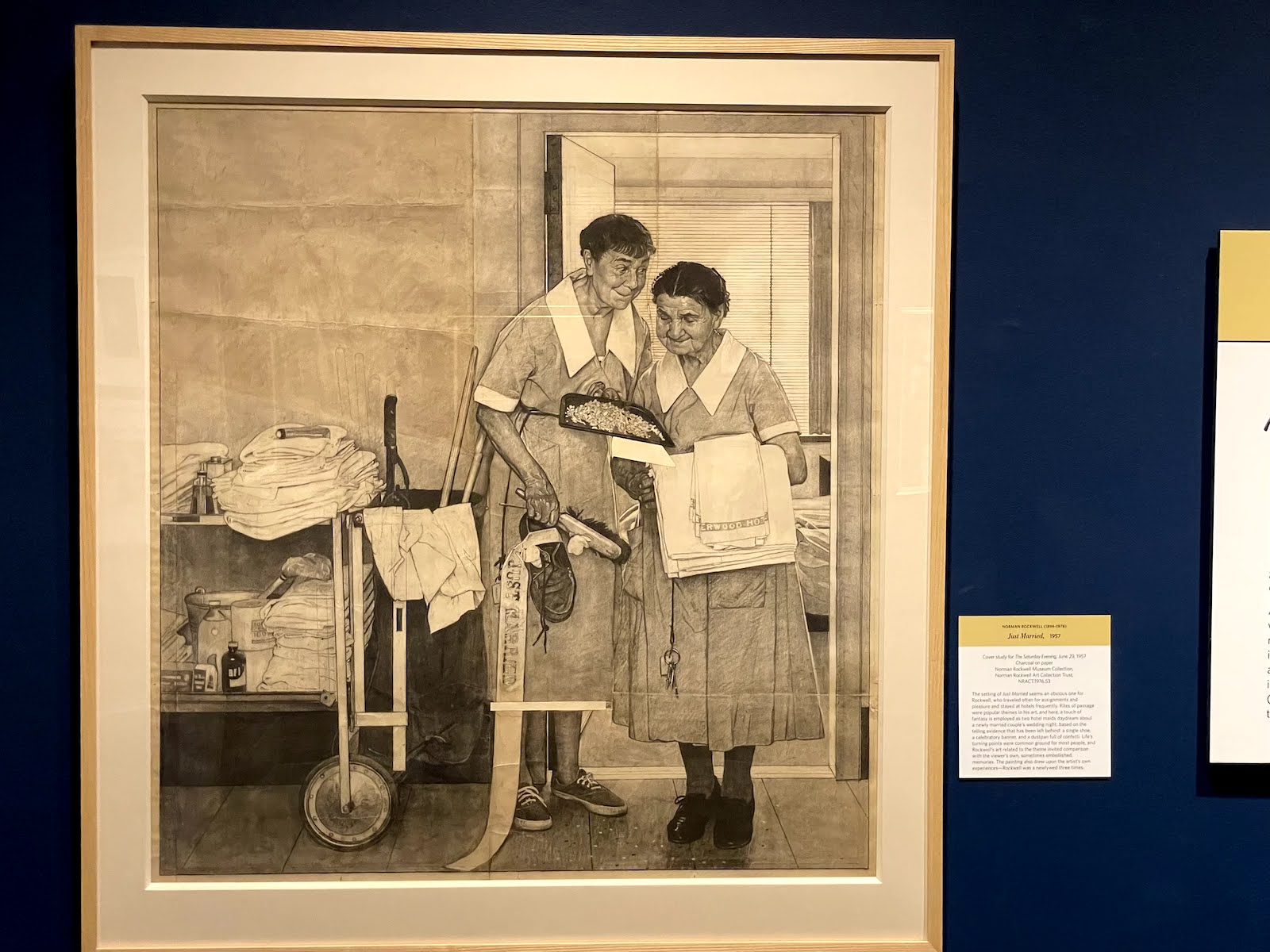 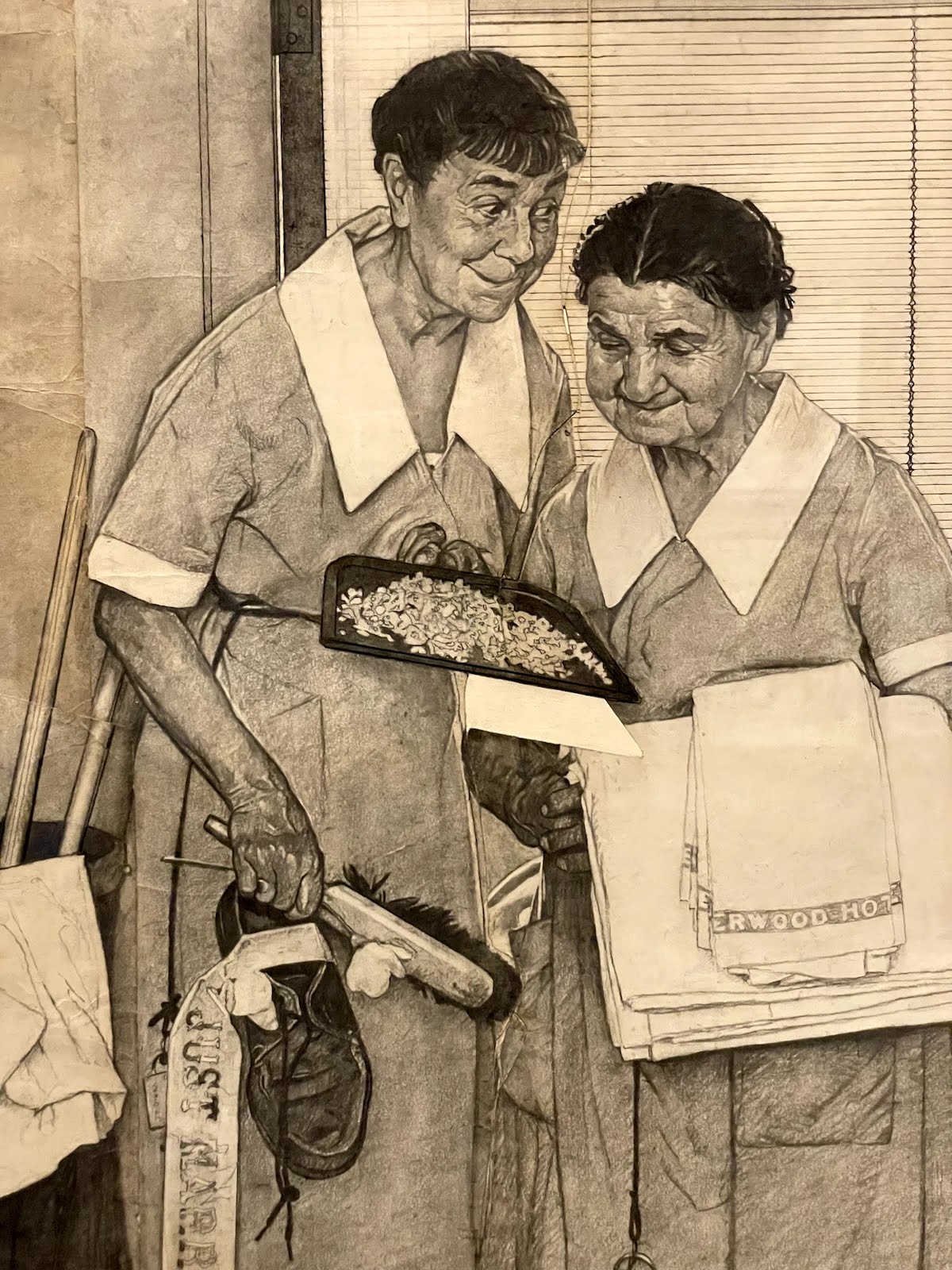 Detail of the figures.
Posted by Donald Pittenger at 1:00 AM