Freiherr von Habermann: Some Paintings and a Story


Freiherr Hugo von Habermann (1849-1929) is something of a mystery to me. I've viewed some of his works, yet haven't found much in the way of biographical information about him. The best I can locate on the web is this outline in German.

To summarize the information on the link (as best my meager German allows), he was born 14 June 1849 in Dillingen an der Donau in Bavaria. Both parents were of Bavarian nobility, hence his title of Baron. His family moved to Munich in 1858 and he entered Munich University to study law in 1868. The following year he saw works of Courbet, Manet, Hals and Rembrandt in an international art exhibition, inspiring him towards art. His studies were interrupted by the Franco-Prussian war, serving as an officer in a reserve unit. While stationed at Ingolstadt Fortress in 1871 he pondered his future and decided to abandon the law for art and entered Munich's Academy of Fine Arts that November. In 1878 he became a master-student under Karl von Piloty, director of the Munich Academy. He teamed with Bruno Piglheim and Fritz von Uhde to found a private art school in 1880, but it wasn't successful. The association of these three artists has been retroactively considered by some as the birth of the Munich Secession movement that flourished in the 1890s; Habermann became the second president of the group, following Piglheim. In 1905 he became a professor at the Munich Academy, retiring in 1924.

Although he painted allegorical and Biblical scenes, Habermann is best known for his paintings of women -- sensuous depictions especially. 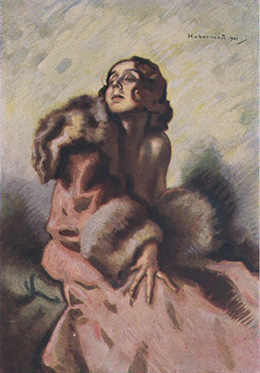 The portrait above is of interest because Rudolf Beran, son of the subject, wrote this fascinating history of his family and Habermann's painting.

Below are other examples of Habermann's work. 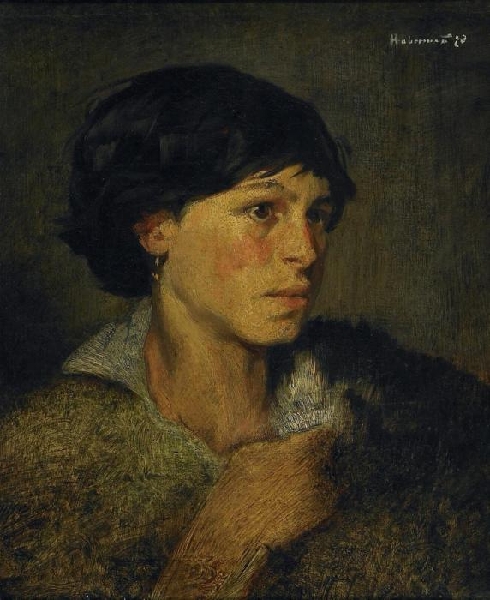 Porträt einer jungen frau (Portrait of a Young Lady)
No date, but the style suggests it was done early in his career. 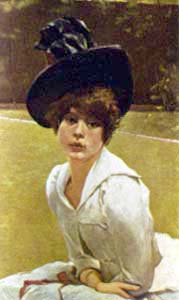 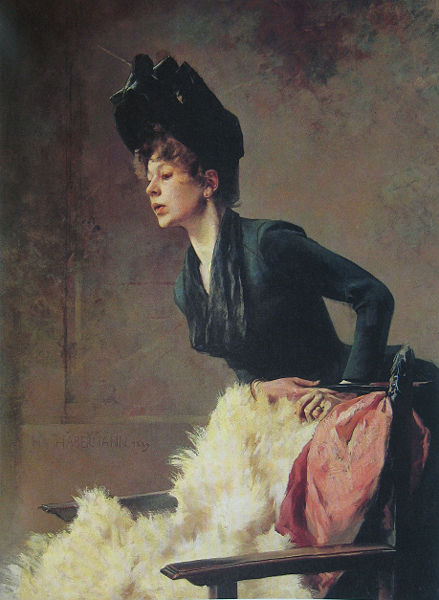 Bildnis einer jungen dame (Portrait of a Young Woman) - 1889
Maybe it's the expression he caught, but for now I like this painting best of all his works. 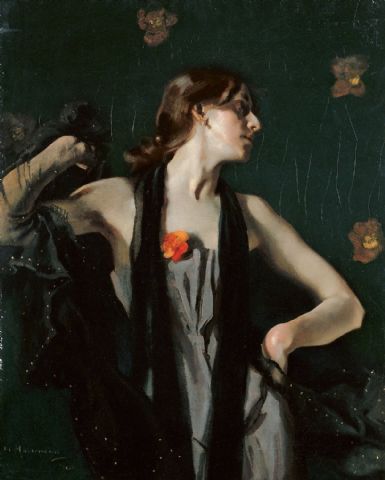 Schleiertänzerin (Dancer with Scarf) - 1895
Another interesting painting; too bad the dark background is starting to crack. 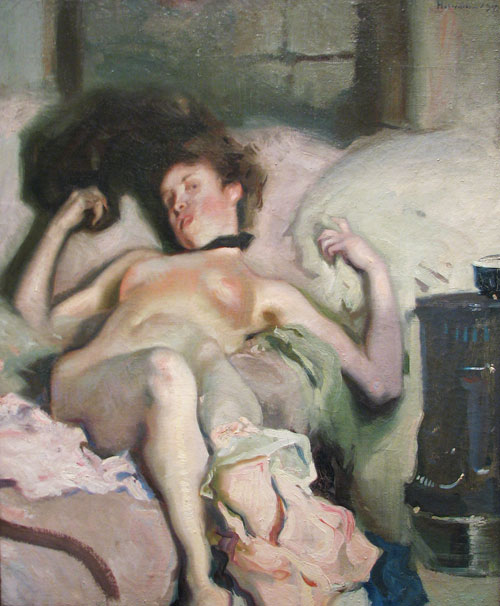 This is why I read your blog. You are always introducing me to new artists or reminding me of ones I have forgotten. The Habermann pieces are interesting and lovely. I appreciate the balance he strikes between accurate representation and loose brush work. Good stuff.

Siolo -- Thank you very much. I hope you don't mind the design and styling stuff too much. But hey! I write about what interests me 'cause it's my blog. I do try to rotate post subject-matter so that there's variety rather than relentless this or that.