Let's say you were co-founder of a tiny start-up company selling a version of the computer language Basic that would run on grossly underpowered small computers with hardly any data storage capacity. And after 20 years that puny company would grow to dominate a new, huge industry by virtue of its operating systems and office productivity software. Which made you filthy rich.

What, then, do you do with your money?

You could have a huge yacht built for yourself. You could buy some professional sports teams -- a basketball team in Portland, Oregon and in Seattle a soccer team and a football team. You could invest in stuff. But aside from that yacht, what about spending on fun things? How about a museum near the foot of Seattle's Space Needle devoted to rock music and science fiction? Done; what else? How about buying a selection a World War 2 vintage aircraft, meticulously restoring them to flying condition and creating a museum for them?

So that's what Paul Allen of Microsoft fame did. His aircraft museum is in a converted hangar at the south end of Paine Field in Everett, Washington. (The north end of the airport hosts Boeing's huge factory that builds 747, 777 and 787 airlines, many of the latter currently parked engineless near Allen's museum.)

It's called the Flying Heritage Museum and here is a page from its web site with a short explanation of how it came to be.

The planes actually do fly on occasion. Not long ago I saw its P-51 Mustang and Supermarine Spitfire cavorting over Lake Washington before the start of unlimited class hydroplane races. A few planes, while flyable, are never flown. That's because they are the only ones of their kind known to exist.

The museum web site has plenty of fine pictures of the collection, but below are some photos I snapped in an attempt to provide a tourist's view. It was a rare sunny Seattle day, so light pouring through the windows made it almost impossible to get top-quality exposures. 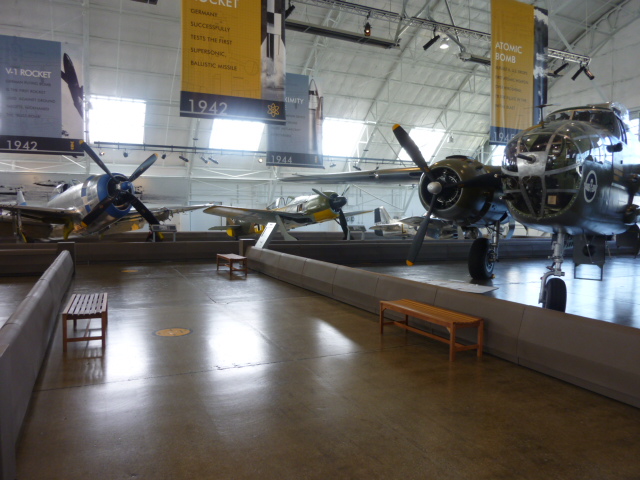 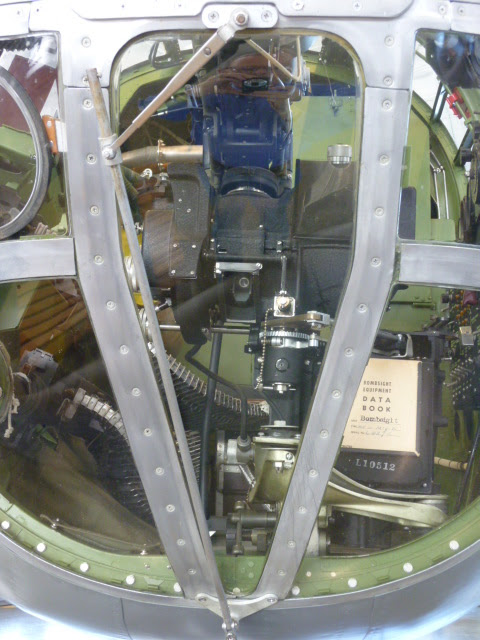 B-25 bombardier compartment
A head-on view of the B-25 Mitchell at the right of the first photo. Note how complete the restoration is: bombsight, machine gun ammunition belts and so forth. Something I had never been aware of is the windshield wiper on the bombardier's optically flat center windshield, this for improved perfomance of the bombsight. 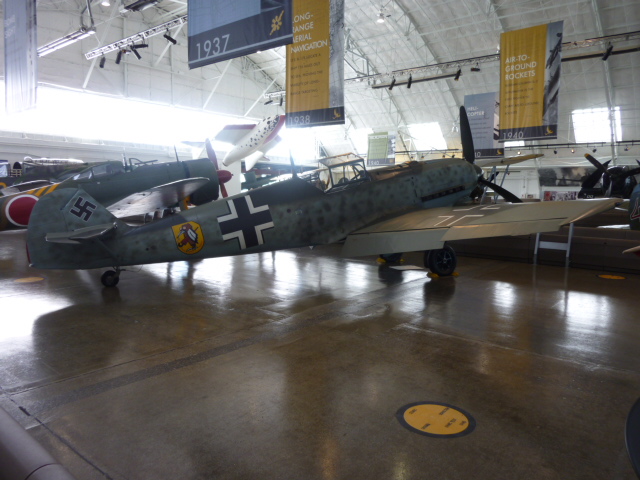 Messerschmitt Bf 109 E-3
E-series 109s came on line in time for the Battle of France in 1940 and fought in the Battle of Britain. 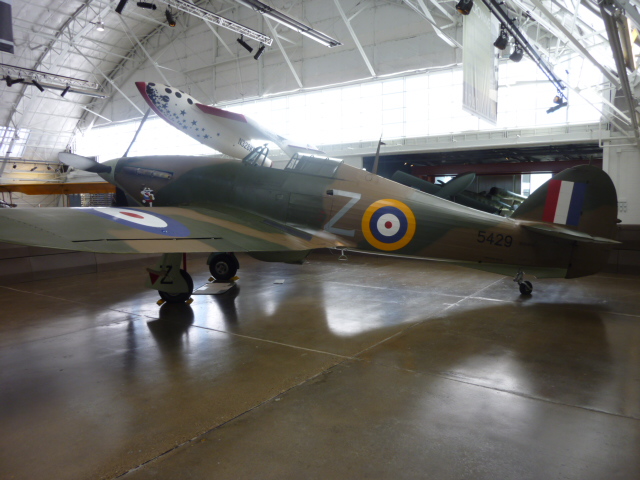 Hawker Hurricane Mk XII A
Although more Hurricanes flew in the Battle of Britain than Spitfires, there are fewer survivors. This was probably because the Spitfire was more glamorous and saw first-line service throughout the war, whereas Hurricane production ceased in 1944. 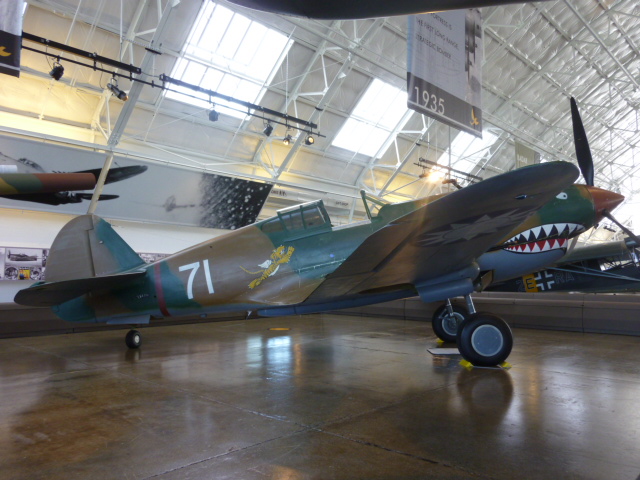 P-40C Tomahawk
Most P-40s I've seen are later versions which are longer, have different cockpit glazing and sometimes Merlin engines rather than their initial Allisons. The similar-looking B and C series and derivatives were in combat in 1941-42 with the British in North Africa, the AVG "Flying Tigers" in China and the U.S. Army Air Forces at Pearl Harbor and elsewhere in the Pacific. Combat capability aside, I always thought that early P-40s such as this one were the best-looking of the lot. 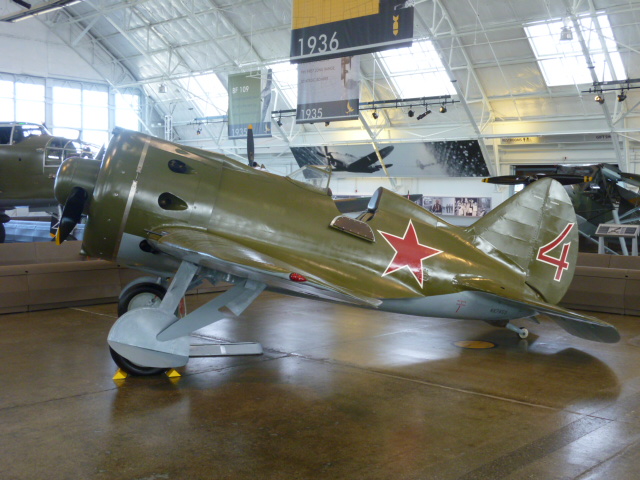 Polikarpov I-16 Type 24 Rata
Allen's Rata was the first I've ever seen. I was surprised any remained, though it seems that more than half a dozen actually still exist. They were used by Republican forces in the Spanish Civil War, Chinese fighting the Japanese invasion and by the Soviet air force in the weeks following Hitler's 1941 invasion.

Posted by Donald Pittenger at 2:11 AM