Back in the Moon exploration era, they came in two types. One was a conical re-entry vehicle, the other a boxy arrangement with spindly bits attached. The latter didn't need to be streamlined because it wasn't intended to enter the atmosphere. The space shuttle had to operate both in the atmosphere and in airless space, so its design had to be keyed to the former environment. The same can be said for shuttle-like vehicles currently in the planning and testing stage.

So following a period when spaceships were often portrayed as the space-only style, we seem to be returning to the science-fiction spaceships of newspaper comic strips and pulp magazine covers. Not precisely so, of course, but in the spirit of being able to rocket away from Earth to land on Mars or wherever using the same vehicle.

The early Sci-Fi magazines did their best to emphasize or at least incorporate science in their stories. I've been reading some books (originally appearing in Amazing Stories magazine) by Philip Nowlan that served as the basis for the Buck Rogers comic strip that was launched in 1929. The second of these, "The Airlords of Han," goes into enough detail regarding anti-gravity and other 25th century technology that the flow of the story suffers greatly.

Once Sci-Fi comic strips appeared, scientific pretensions were at best subliminal and gee-whiz adventuring was what such strips featured. Nevertheless, if the characters needed to dash around the solar system, they had to have spaceships and cartoonists had to come up with what they looked like. Here are some examples from the 1930s along with a few from the 1940s. 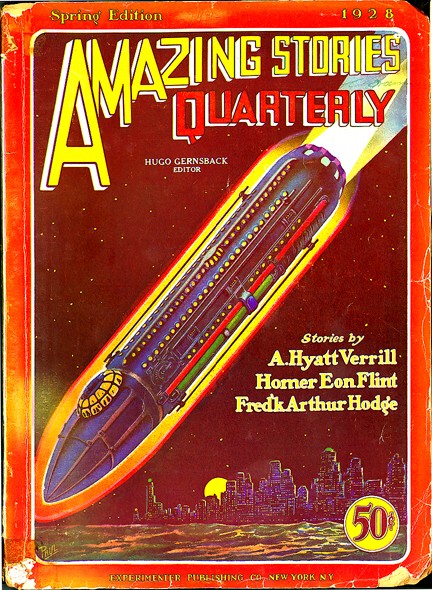 Amazing Stories cover by Frank R. Paul - 1928
Paul was a pioneer Sci-Fi illustrator, so his spaceship concepts surely influenced Dick Calkins, the original Buck Rogers comic strip artist.  I'll guess that those yellow dots along the side of the ship represent portholes for passenger cabins.  If so, then where is the space for the motor and its fuel needed to generate that huge blast of flame rushing out the stern? 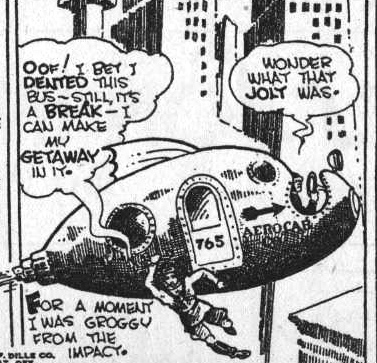 Buck Rogers aerial taxi - October 1930
Yes, it isn't a spaceship. But the Buck Rogers strip includes all sorts of futuristic conveyances ranging from this taxi to aircraft to interplanetary vehicles. 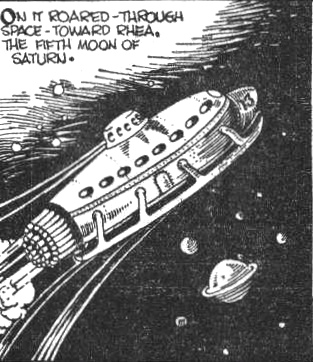 Flash Gordon - 1938
Five years after the Buck Rogers strip was launched, Flash Gordon appeared. Alex Raymond, with both arms tied behind his back, could out-draw Calkins, so it's no surprise that his spaceships look sleeker. Calkins' late 30s spaceships still look clunky. 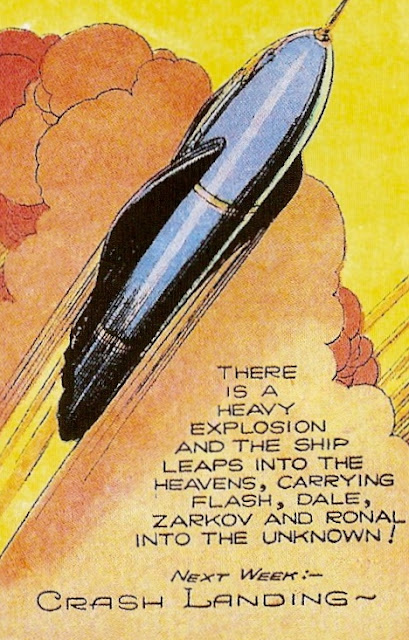 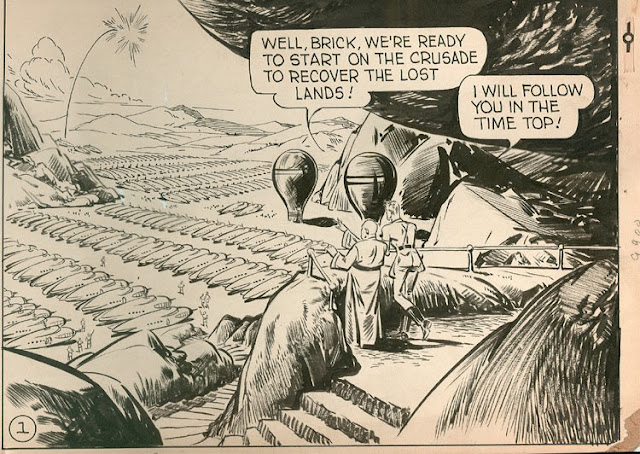 Brick Bradford - 1944
Brick Bradford, drawn by Clarence Gray, was 1930s Sci-Fi strip that lasted many years while never attaining the popularity of Buck Rogers and Flash Gordon. I had a great deal of trouble finding examples of Gray's spaceships on the Internet, the example above being the only one. 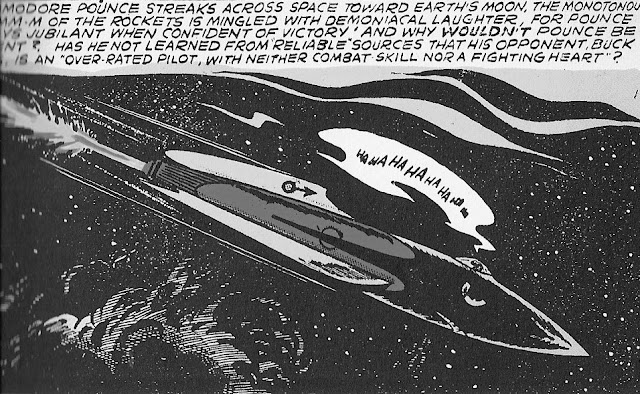 Buck Rogers c.1948-49
Rick Yager began drawing Buck Rogers Sunday strips in the 1930s and by the mid-1940s was the sole artist. Shown above is a sleek spaceship from a Sunday strip.

There was a British "comic" of my childhood, Eagle, that carried the sci-fi story Dan Dare.

Google Images carries a bit, and led me to this.
http://www.shadowlocked.com/20100314145/opinion-features/exclusive-some-seriously-cool-retro-spaceships-from-the-previous-attempt-at-getting-dan-dare-onscreen.html