Many (most?) of the how-to-paint books I've read at some point deal with color relationships. They show the differing effects on a color of interest when it is juxtaposed to other colors.

An interesting case is the skin color of Caucasians (whites). Although there are variations, so-called white skin is actually a subtle mix of hues that can seem to vary depending upon lighting conditions, presence of fat, bone or blood under the skin, and, of course, neighboring colors. Those books often focus on mixing colors so that the appearance of skin is convincing.

When it comes to neighboring colors, the orange-red-yellow part of the spectrum that happens to match white skin most closely is normally the least aesthetically pleasing range where Caucasian skin is concerned. However, rules are supposedly made to be broken, so some artists will take the risk of using such background hues. This might be done to create a particular mood for a painting or illustration, or it might simply be a means for the artist to test his skill and maybe even show off a bit.

Below are examples of images where red is the background color. 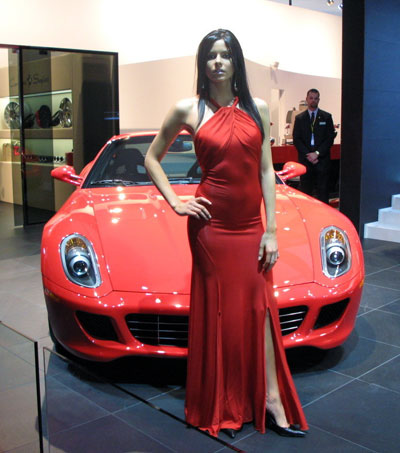 Detroit Auto Show
This is a photograph I found on the Internet of a model posing in front of a Ferrari at the 2013 Detroit Auto Show. It illustrates what painters face. Note how gray the girl's face and body seem with all that Italian Racing Red behind her, not to mention the outfit she's wearing. 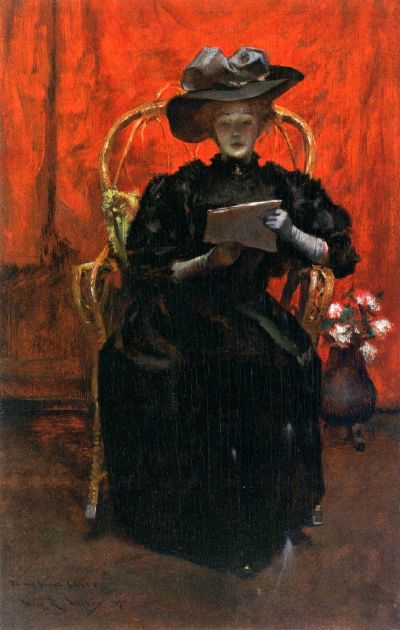 Lady in Black (The Red Room) by Irving Ramsey Wiles
Wiles avoids the grey effect by exaggerating the yellow aspect of "white" skin. The use of blacks in the composition helps to isolate the subject from the background red.  (But keep in mind that this image might not reflect the colors of the actual painting, so my analysis might be flawed.) 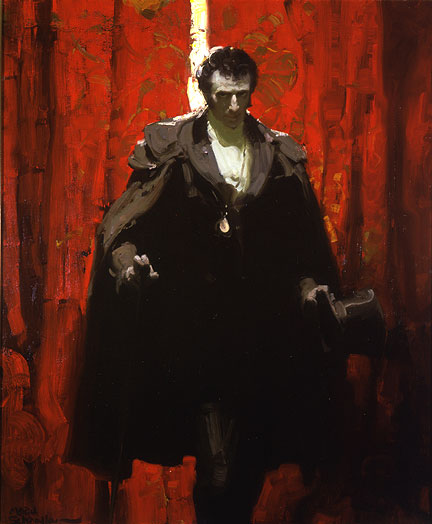 The Count of Monte Cristo - by Mead Schaeffer
I posted about this illustration here. Schaeffer also uses blacks to isolate the skin color from the background to some degree. Still, in the image above, the Count's skin seems grayed like that of the model in Detroit. But the link contains a photograph I took of the actual illustration, and it can be seen that Schaeffer introduced a greenish tint to the face. Green being the normal color wheel opposite to red, this helps keep the face from being absorbed or neutralized by the red background.

I had never realised how beautiful gold jewellery could be until I saw some worn by a Hindu girl whose skin hue set it off perfectly. Gold on white or black skins looks feeble by contrast.

And it might help explain why cosmetics are so widely used by white women: sparks things up.