Not many Pegaso automobiles were ever built during the period 1951-57 when the brand was active.  Cars were a minor activity of what was essentially a Barcelona based truck manufacturer described here.

There is also some Internet-based information regarding the Pegaso automobile line here and here. However, there is very little other than photographs having to do with the Pegaso that interests me the most.  In fact, there seems to be no agreement even as to its name other than it was one of the Z-102 series.  Besides Z-102, its name might have included "BS 2.5 Cúpola" or "Berlineta Cúpola" or just "Cúpola."

It is also unclear who styled it.  Some sources credit Italian coachbuilders, others suggest that Pegaso built it in-house.  I have been saying "it" having for years assumed that it was a one-off, but several sources indicate that two cars of the design were actually built.

What matters is that the Pegaso under discussion has a design that was astonishing when it first appeared more than 60 years ago and that continues to astonish (me, anyway) even now.  This is not to say the design is a great one, but it's a good one with the ability to fascinate as well as astonish.

The original car was painted yellow, as shown here.  The most serious design defect was that the backlight (rear window) shape failed to blend with the roofline curve, as is evident in this side view.
After being introduced in Europe in 1952 it was displayed at the 1953 New York Auto Show, where this photo was taken. 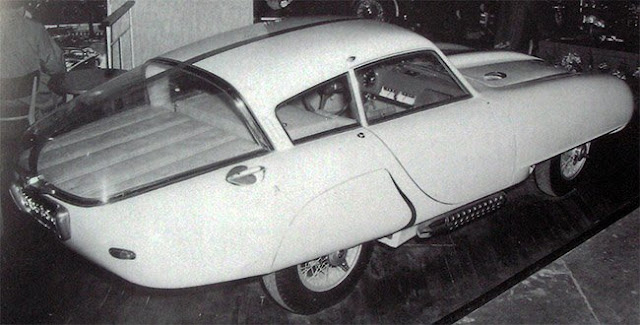 Here is another early picture.  For a while a red (I think) stripe decorated the top of the car. 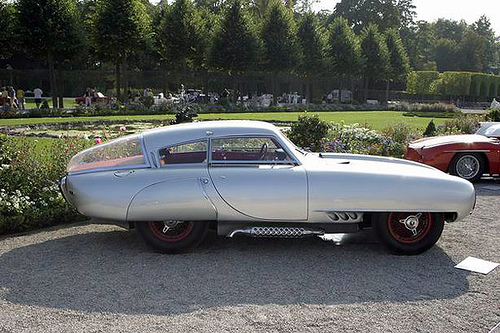 This is a fairly recent picture, probably taken at a concours d'élégance.  The paint is now silver, but it might be that second car whose original paint color is unknown to me. 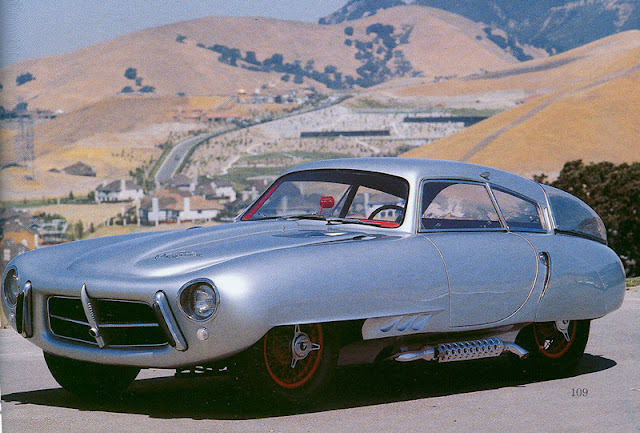 Another view, this featuring the front end.  The wheel housings are mostly covered by the fenders, probably for aerodynamic reasons.  This implies a wide side overhang beyond the wheels which would give the Pegaso an awkward appearance (to our eyes in 2013) if seen from the rear. 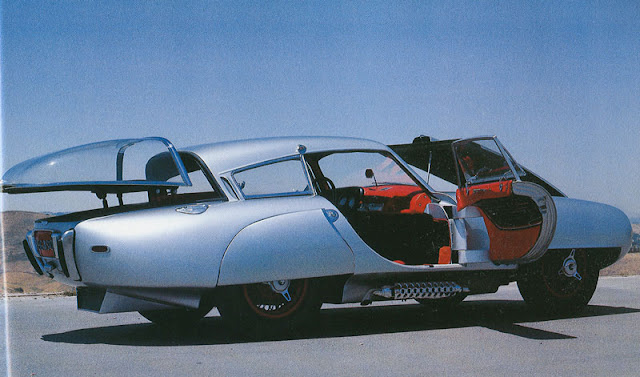 This shows the Pegaso "opened up."  Well, not completely opened; the access panel covering the rear wheel remains closed.  Also note that the door windows do not roll down due to the extreme concave shape of the inner side of the door; instead, they swing out to open.

This article is also posted on Car Style Critic
Posted by Donald Pittenger at 1:00 AM