Alexander Mann (1853-1908), as this Wikipedia entry indicates, had an independent income and so could paint pretty much whatever and wherever he pleased.  Because he was born in Glasgow and at times associated with some of the Glasgow Boys, he is considered part of that group even though he really wasn't at the time.

Mann is one of those competent painters active in the late nineteenth and early twentieth centuries who were overlooked by art historians until fairly recently.  Actually, Mann is still overlooked, as best I can tell, outside the British Isles.  One reason might be because he never quite painted a "masterpiece" work.  Another might be because he never quite settled into a signature style, making it difficult for viewers to say "Aha! That's by Alexander Mann!" when wandering through galleries.

Matter of fact, even though I've visited some of the most important art museums in England and Scotland, I don't remember seeing a Mann painting.  If I actually did walk past one, his name never caught my eye.  Nevertheless, based on some of the images below, it's hard to deny that he had talent and could do good work. 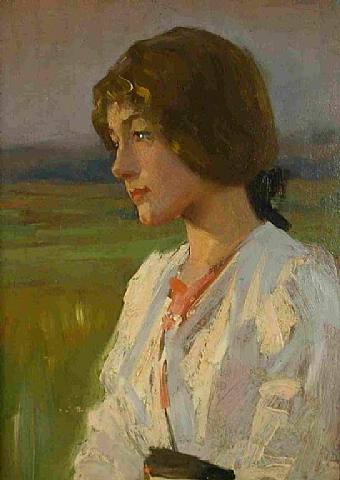 Girl at Dusk
A nice example of use of broad, distinct brush strokes. 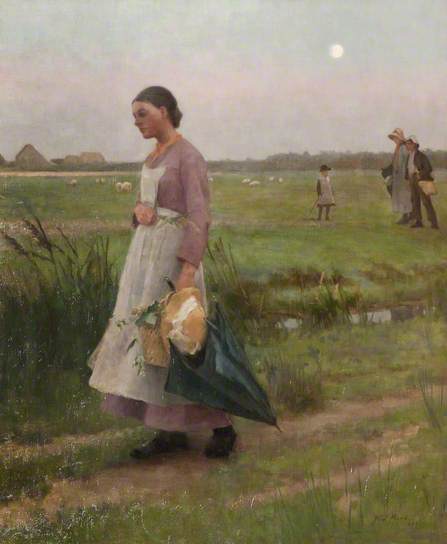 Hop Pickers Return - 1883
Bastien-Lepage influenced the Glasgow Boys and many others around the early 1880s. His subject matter and style had its greatest influence on Mann in this painting. 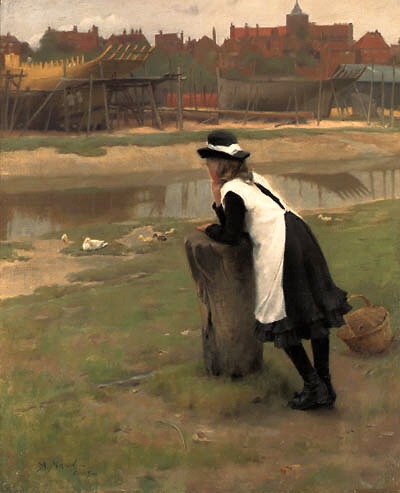 Pine Trees by the Coast, Levanto 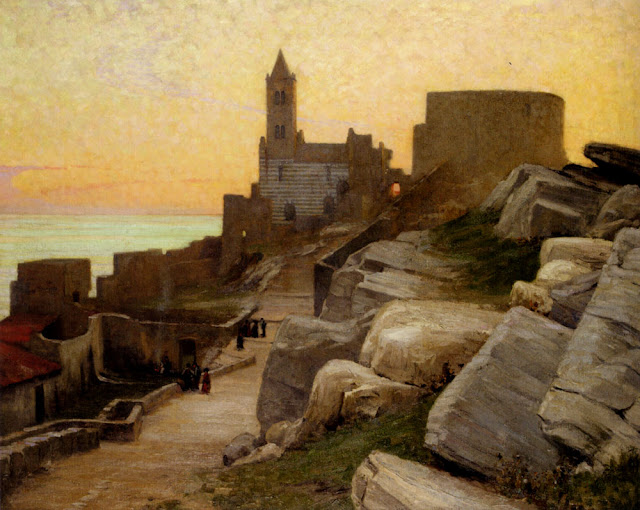 Tangier from the Dunes - 1892
Mann also did landscapes.  Not impressionist, but not traditional either.  Reminds me most of some proto-Impressionist paintings by the Italian Macchiaioli group. 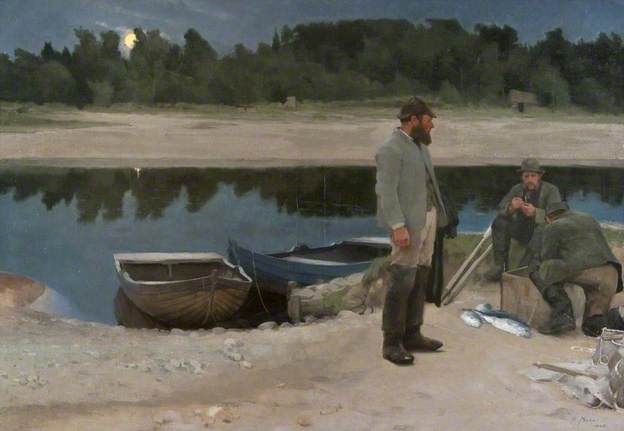 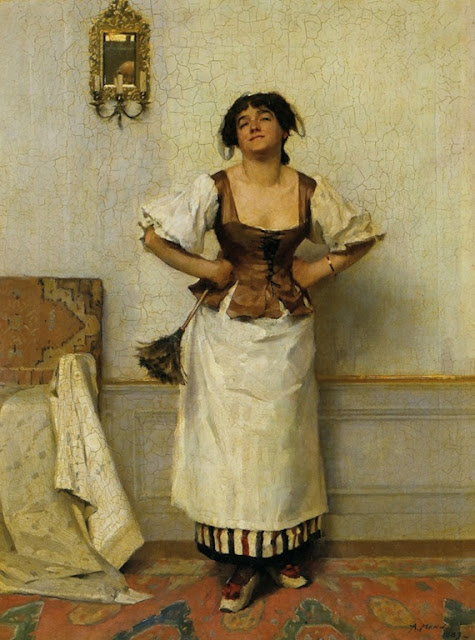 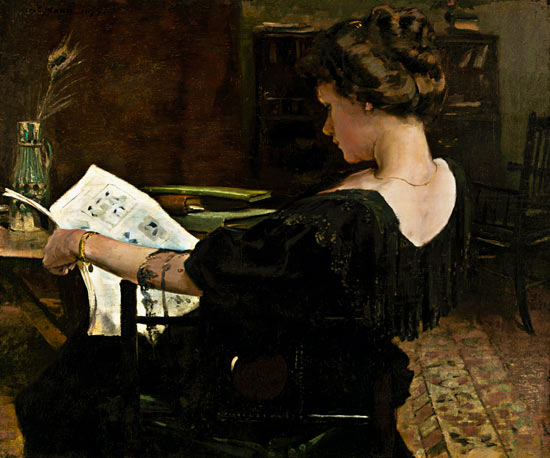 Posted by Donald Pittenger at 6:01 AM

...Alexander, sure knew to how control the color. The tonality is just charming, suddle, yet rich and beautiful.