Maxfield Parrish (1870-1966) was primarily an illustrator, though he made fine art paintings and many of his illustrations followed the tedious, exacting technique he used for his fine art work. For some background information on Parrish, see here and here.

Parrish's oil painting technique was classical in that he first created an underpainting. One example of an uncompleted Parrish painting I've seen had the underpainting done using blue rather than sienna, green, gray or other common alternatives. Atop the underpainting, he applied layered glazes and perhaps a few spots of thicker oil paint. Given the long drying time between layers, a Parrish painting or illustration could take many months to complete (he usually had a number of works progressing simultaneously).

For about 15 years Parrish created the illustration for a calendar distributed by General Electric promoting its Edison Mazda light bulbs. Below are examples. 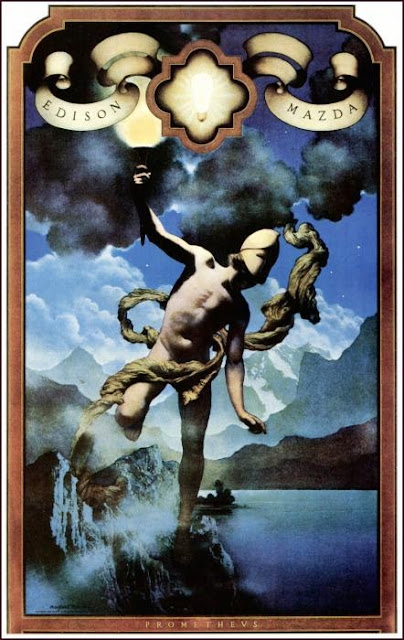 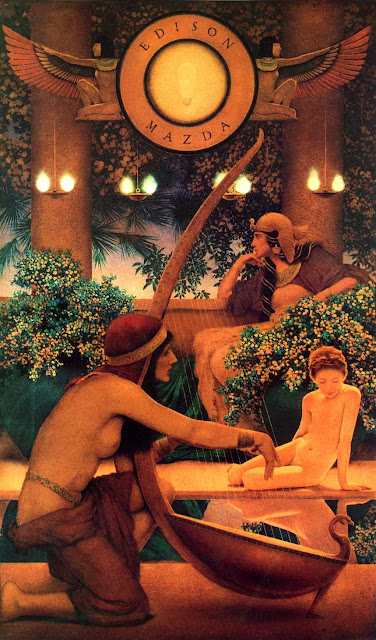 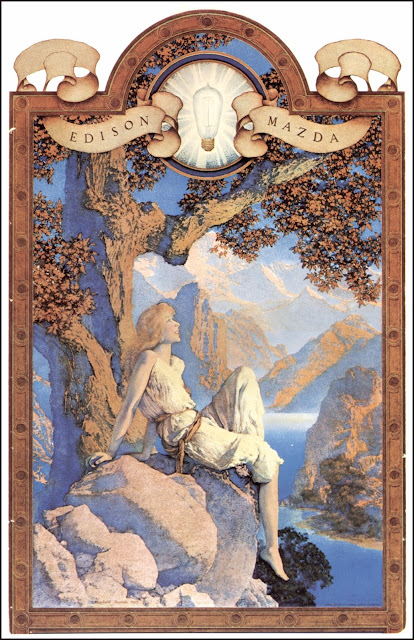 I don't have dates for these 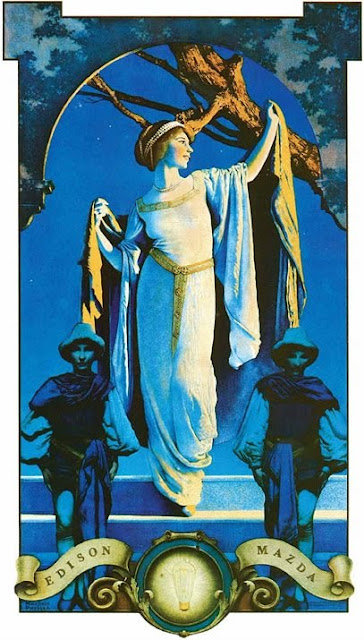 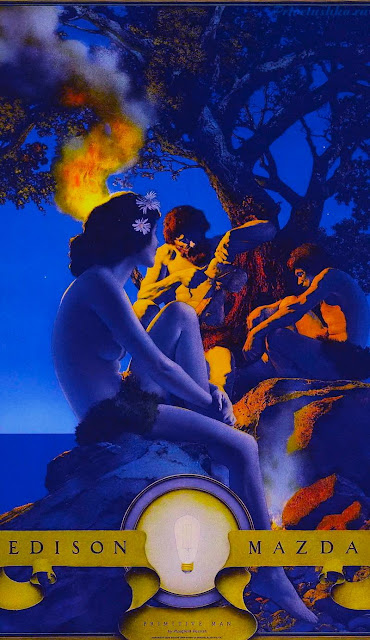 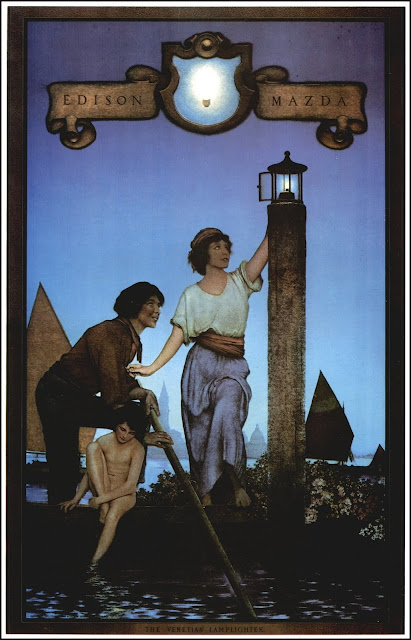 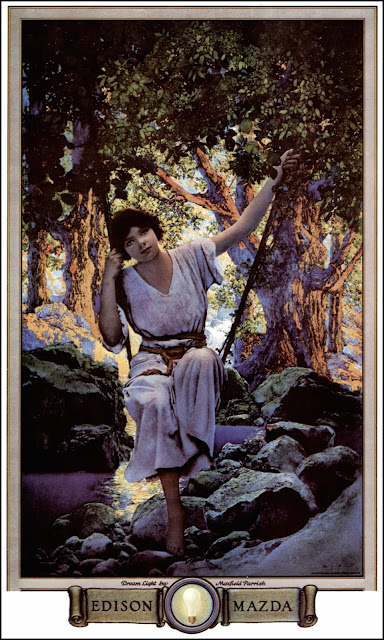 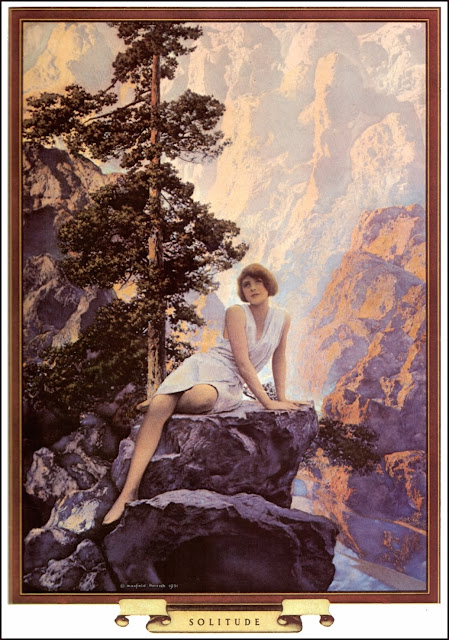 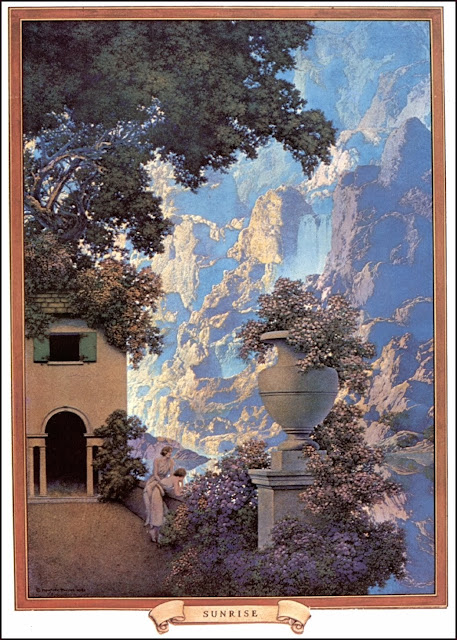