A confession is in order. Back when I was in high school, I became fascinated with the 1920s along with cartoons by John Held, Jr. (1889-1958) that exemplified the Flaming Youth aspect of those times. I even used a variation of his style to decorate the high school yearbook for my Junior year. Now that I'm spilling the beans, I'll further confess that I am still fascinated with the Twenties (Thirties, too!) and Held's work.

Held's Wikipedia entry is here, and another link that focuses more on his art is here.

As best I can tell from casual observation, Held continues to be thought of as the master flapper era cartoonist, though I now consider his rival Russell Patterson (see link here and my post about him here) better in that vein. That said, let's view some of Held's work. 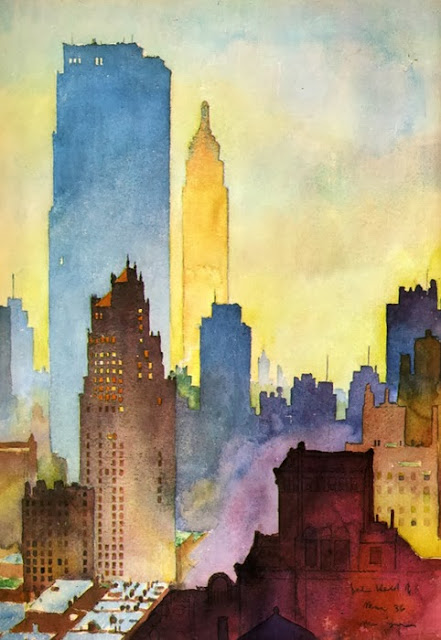 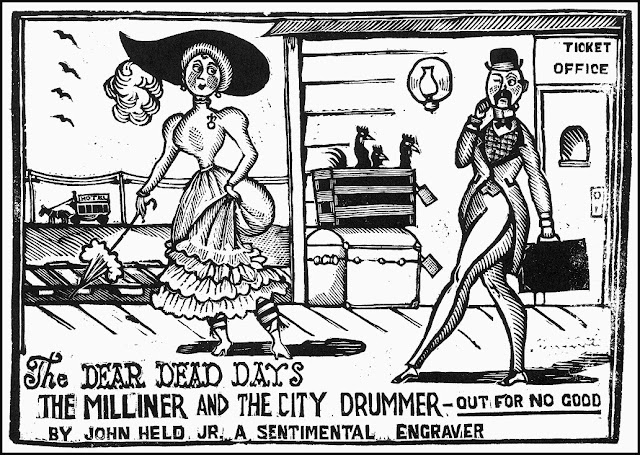 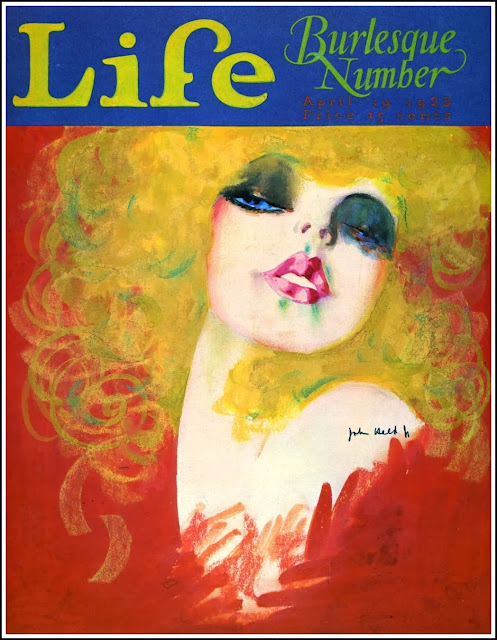 The three images above indicate the range of Held's versatility. The New York cityscape watercolor is dated 1936, after his cartooning heyday. The engraving is one of a series of 1890s scenes published in the New Yorker magazine edited by Harold Ross, Held's high school classmate. I never liked these, but they were popular with Ross, at least. The Life cover at the bottom is atypical, but shows that Held could mimic (or satirize?) movie star magazine covers by the likes of Rolf Armstrong. 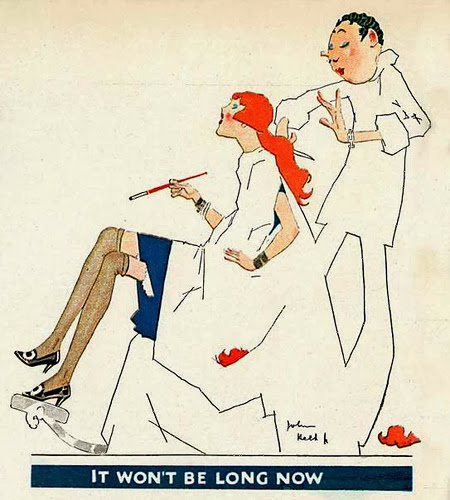 Now to Held's cartooning that brought him fame. This is from a Life magazine cover depicting a young woman getting her tresses trimmed, completing her transition to Roaring Twenties flapperdom. 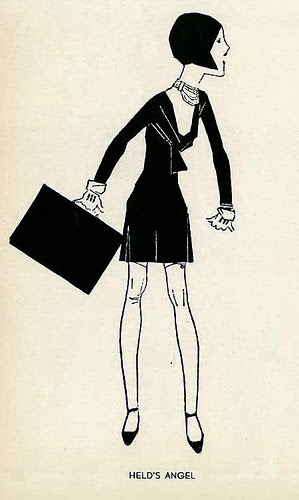 Many of Held's cartoons were done using thin lines mixed with areas of black and (occasionally) patterns. Women were invariably slender and usually had the same sort of face. Men were usually depicted with large, rounded heads. 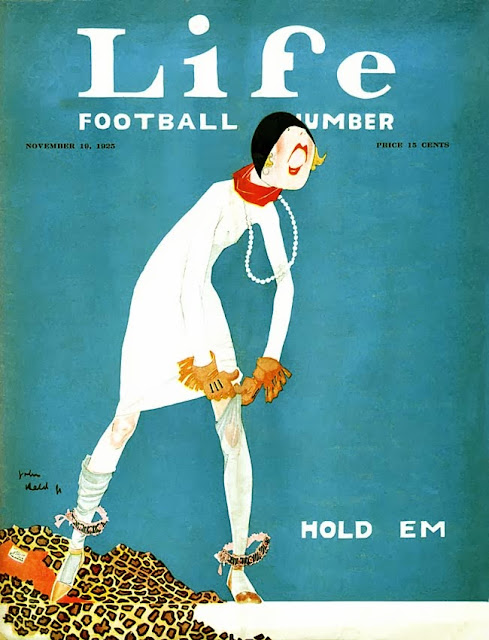 Readers familiar with American or Canadian football should be able to grasp Held's joke here. For the rest of you, the best I can say is that "Hold 'em!" is what football fans sometimes call out when the opposing team is advancing towards the goal line. 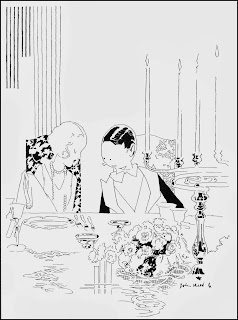 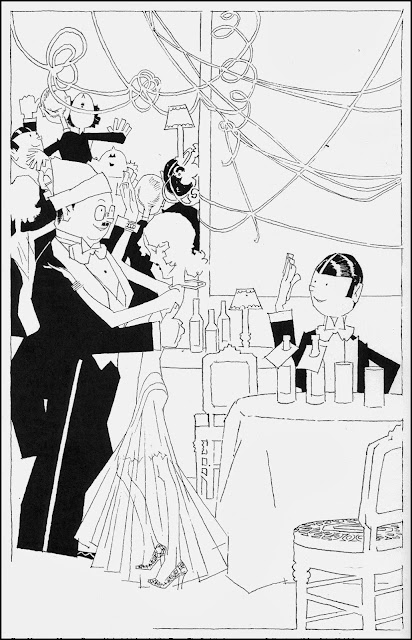