Federico Armando Beltran Masses (1885–1949) was born in Cuba, but left for Barcelona when young. A controversial painting's reception led to his moving to Paris in 1916 where he continued his career. He returned to Barcelona late in life as his health failed. It seems that Beltran studied under Joaquín Sorolla, though it isn't clear for how long. In any case, Baltran's painting style was different from Sorolla's by the mid-1910s.

A good deal of information about Beltran can be found here, here and here.

I find it interesting that Beltran is quoted in the second link above as follows: "Lips, for Beltran Masses, were the only way to tell the true character of his sitters, as he explained to the Los Angeles Examiner in 1925, 'eyes may lie – lips never!'". A different perspective than most artists would have, but use it as a guide for viewing the images below. 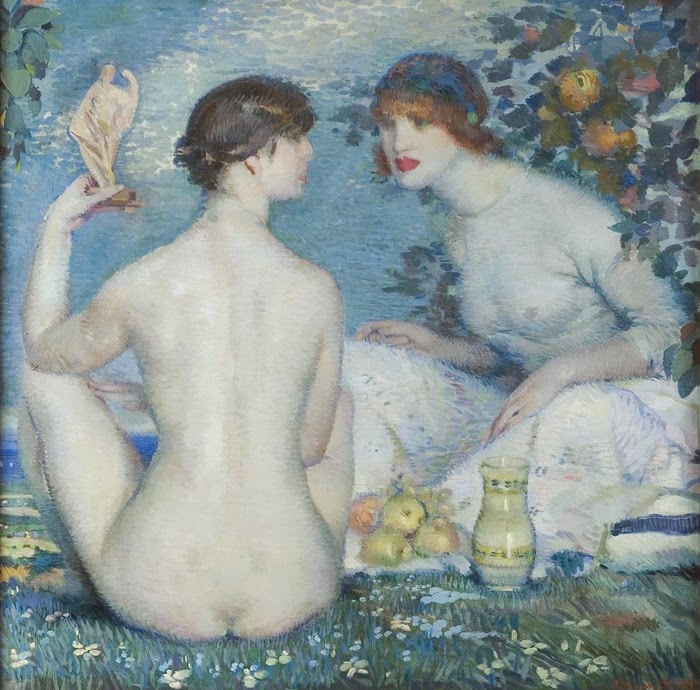 Tanagra - 1914
This is the earliest of his works that I noticed on the Internet. He soon abandoned this Neoimpressionist style. 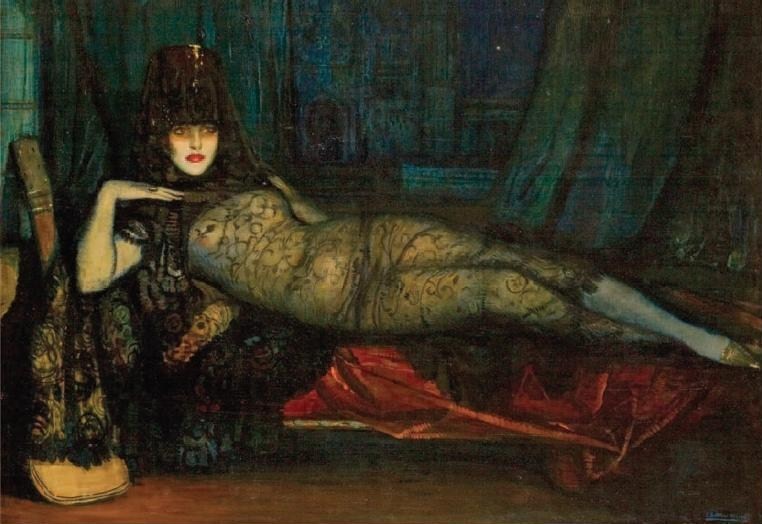 La Maja Maldita - 1918
Carmen Tortóla Valencia is said to be the subject. 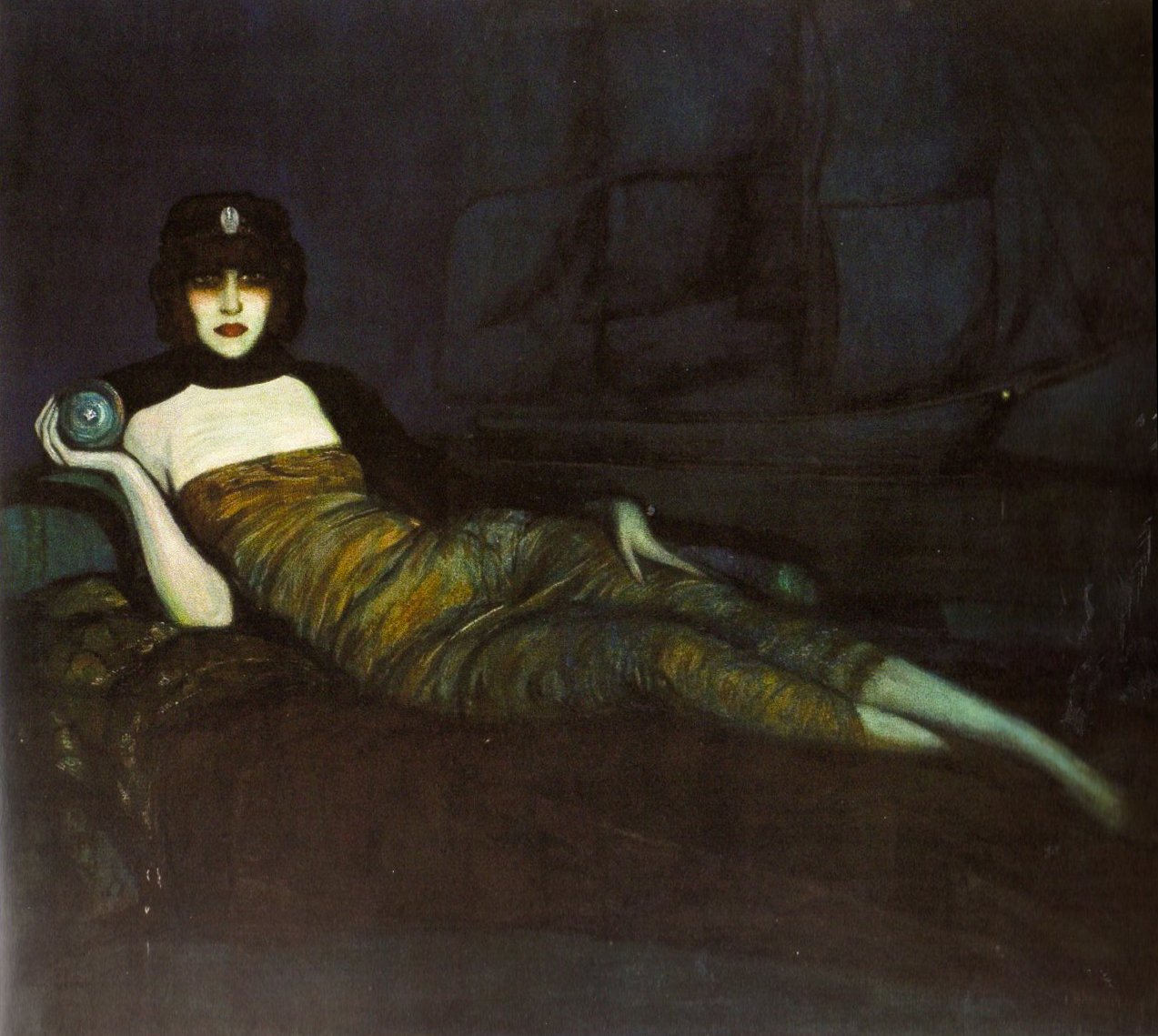 La Marquesa Casati - 1920
The famously extravagant Casati is said not to have paid for this portrait. 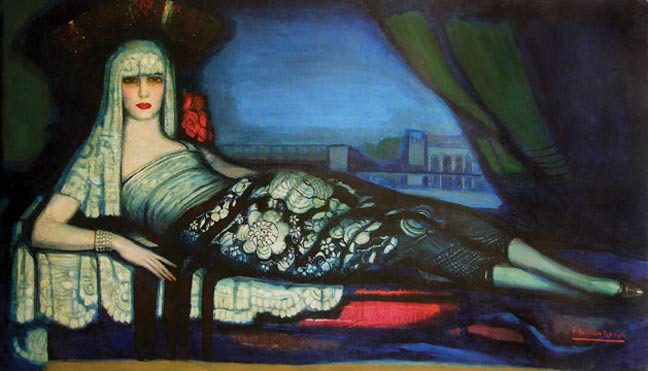 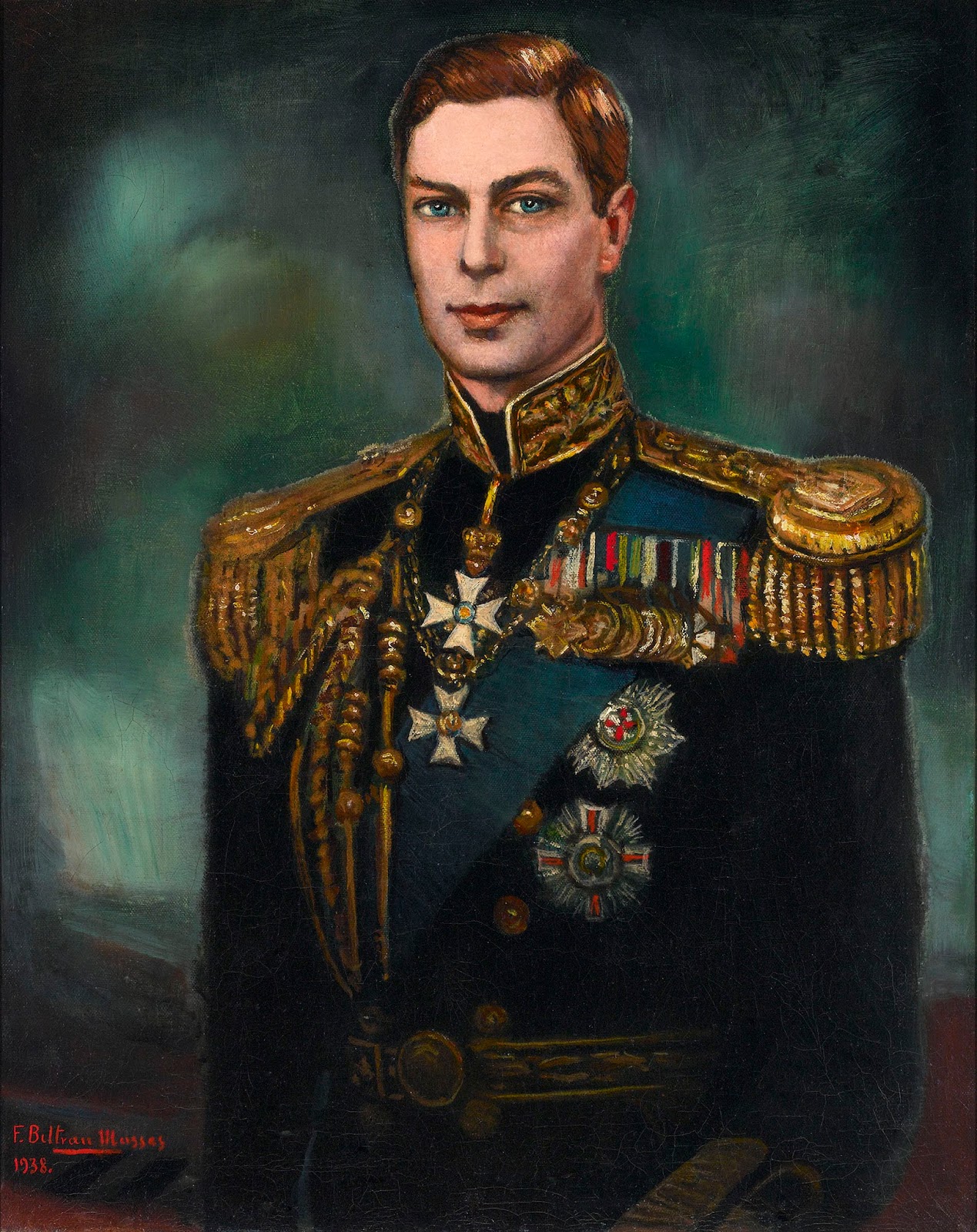 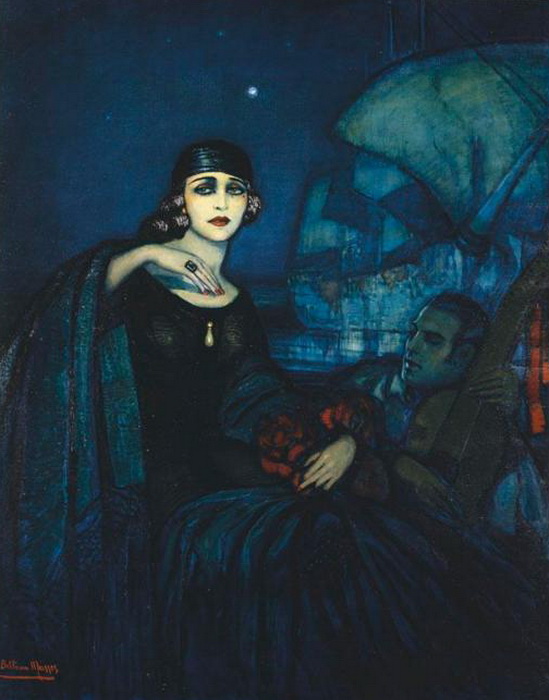 Pola Negri and Rudolph Valentino - c.1925
Beltran spent some time in Hollywood in the 1920s. 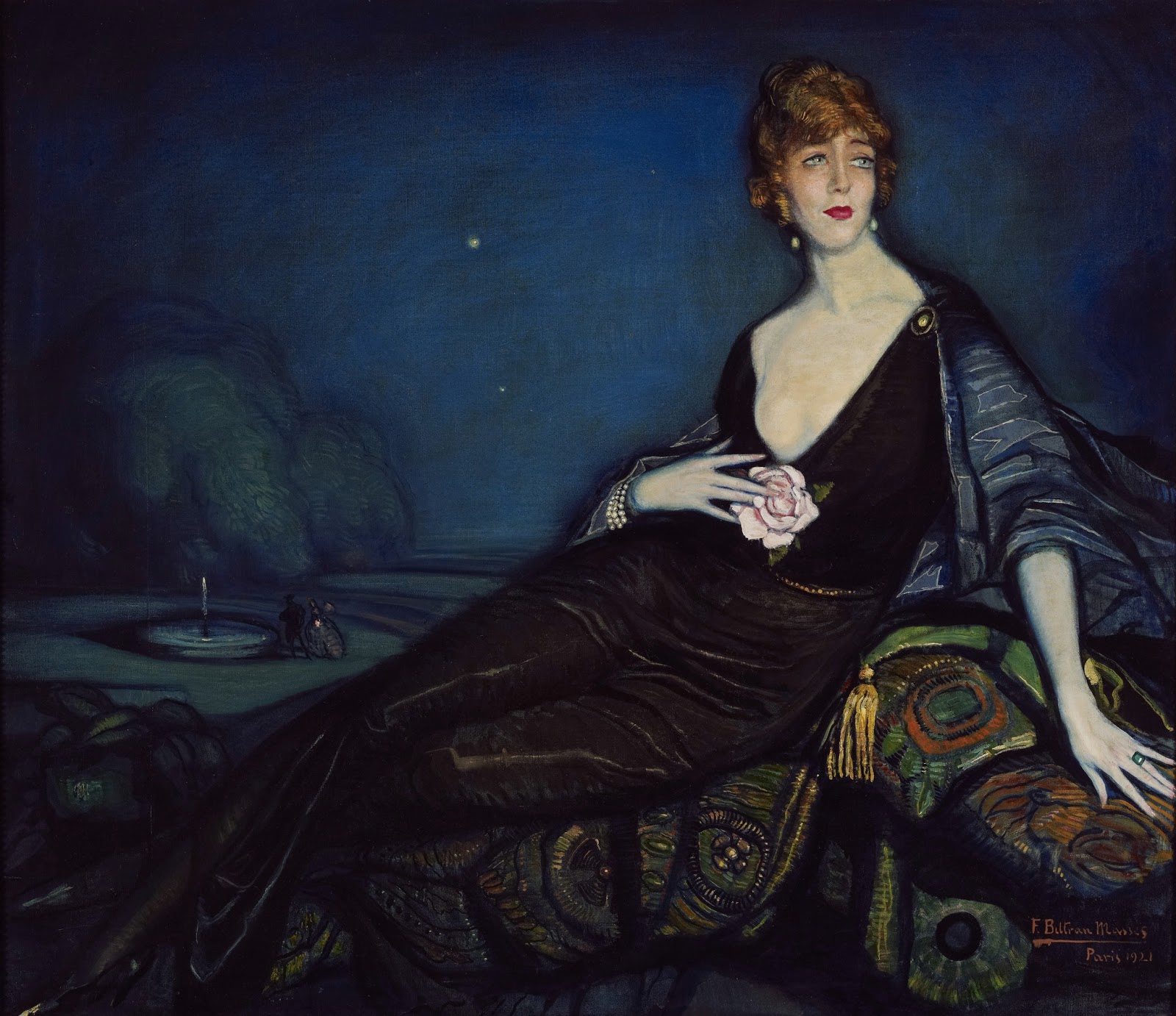 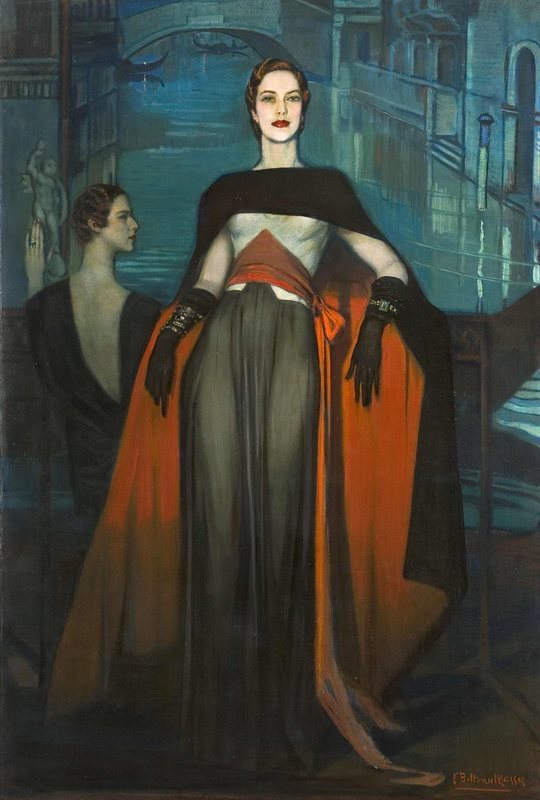 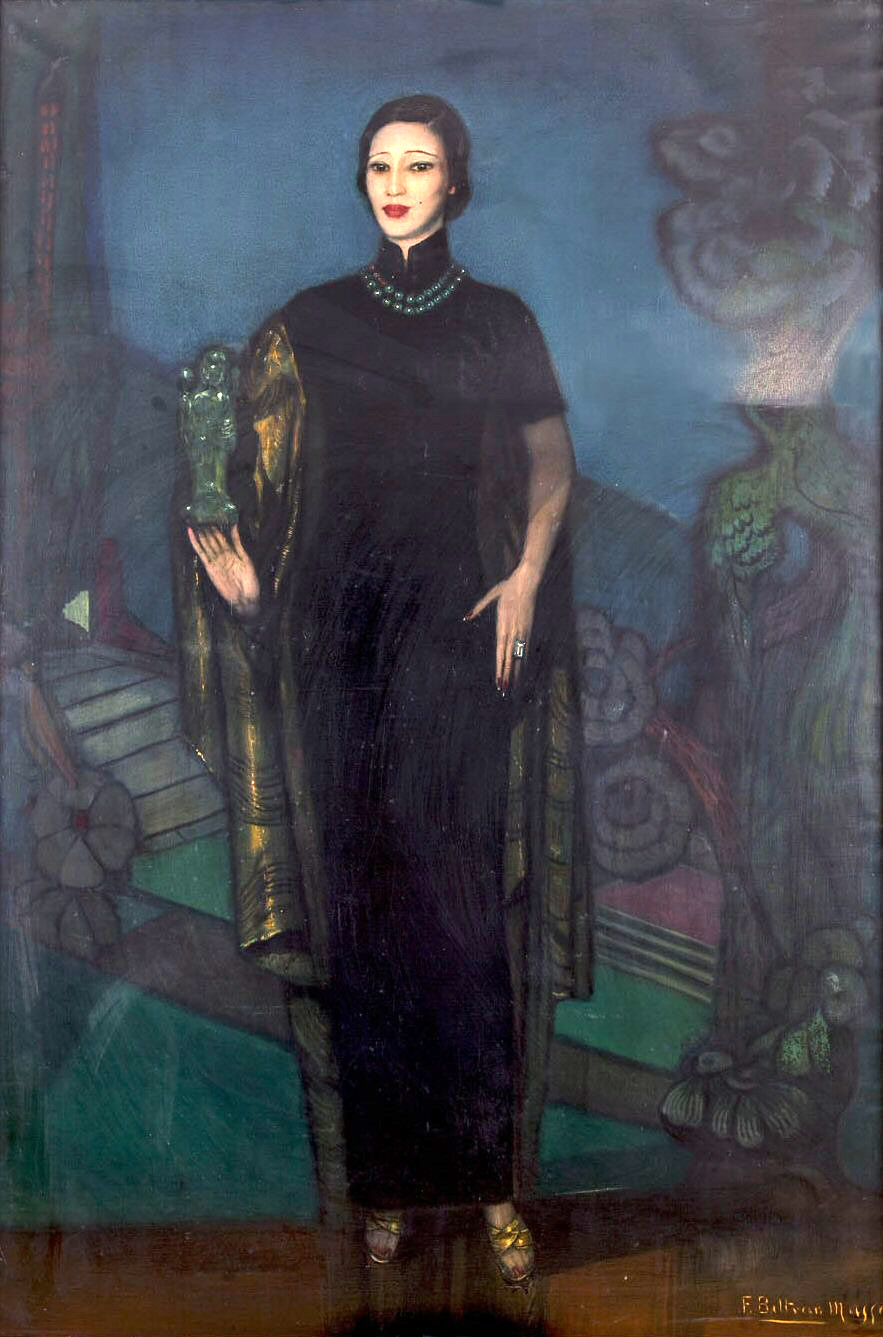 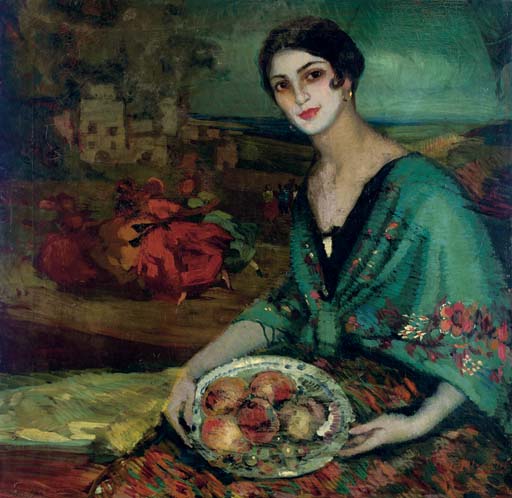 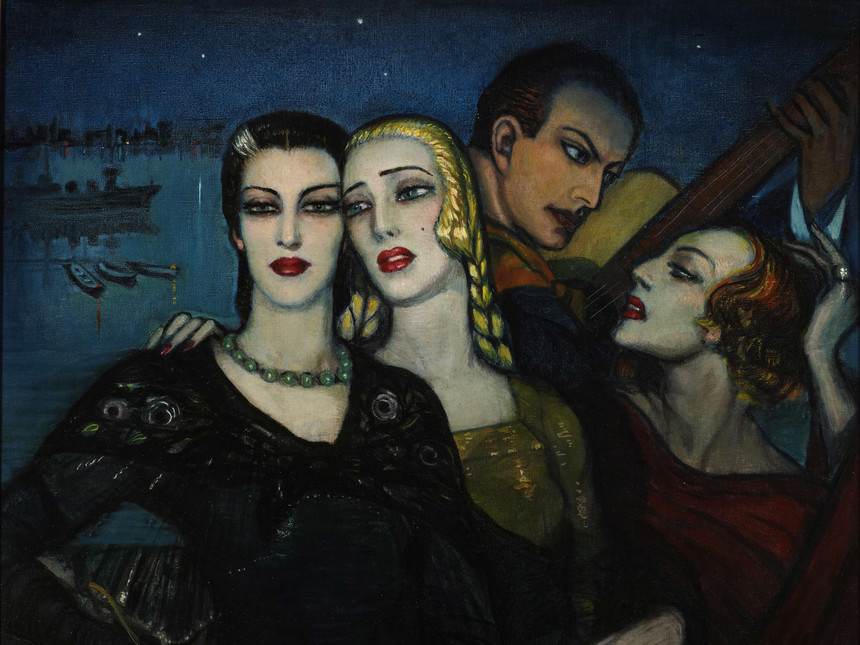 Tres Para Uno - c.1934
Note the blue background in this and other images. It became associated with Beltran. 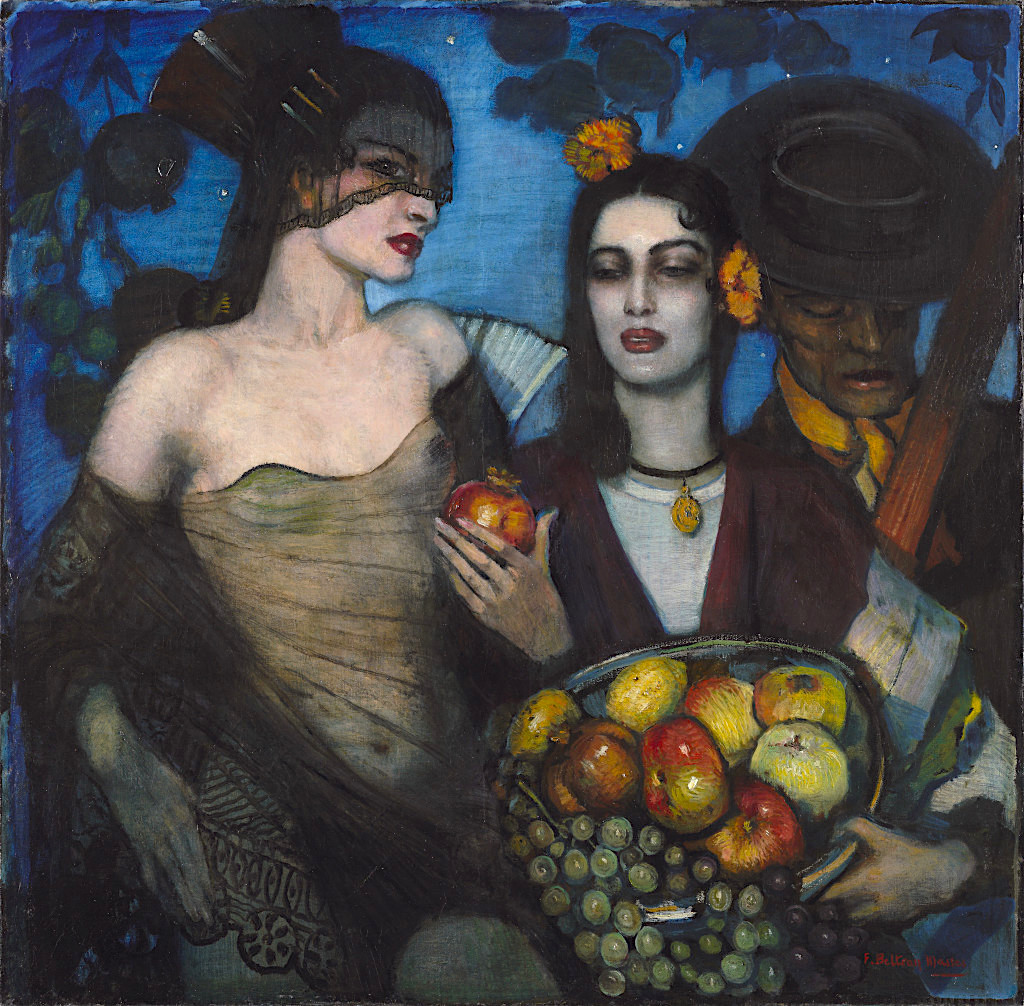 Granadas - 1929
Beltran made a number of paintings of nude or partly nude women that you ought to be able to find via Google or Bing.

Posted by Donald Pittenger at 10:05 AM