A Portrait by Henry Brown Fuller

Henry Brown Fuller (1867-1934) was a capable painter who left few works of note, if the number of his paintings found via Google is any criterion. Plus, he had personal problems that might well have been related to this. His brief Wikipedia entry is here.

As for the quality of those few images is concerned, one painting, Illusions, is in the Smithsonian American Art Museum collection. Another, his portrait of Ebba Bohm (c.1905) was on display at San Francisco's De Young when I visited in December.

The Ebba Bohm portrait is interesting in part due to its comparative "flatness" -- not poster-like, but far from the rounded, hard-edge academic style that was prevalent only a few decades before Fuller painted Ebba. This characteristic is not so apparent in the images posted here, but for some reason stood out when I viewed the painting in person. I found it a very satisfying work by a not-well-known painter. 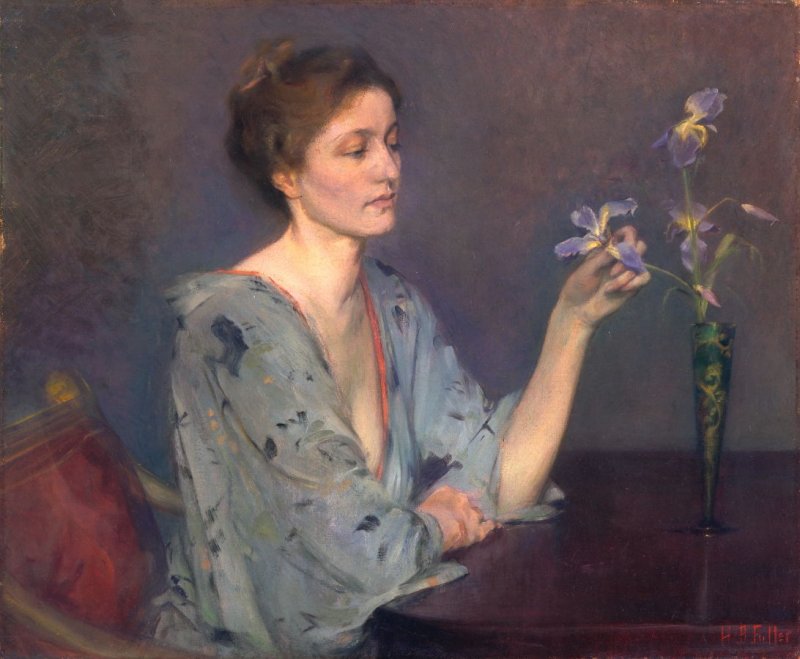 This is an image of the painting found on the Internet. 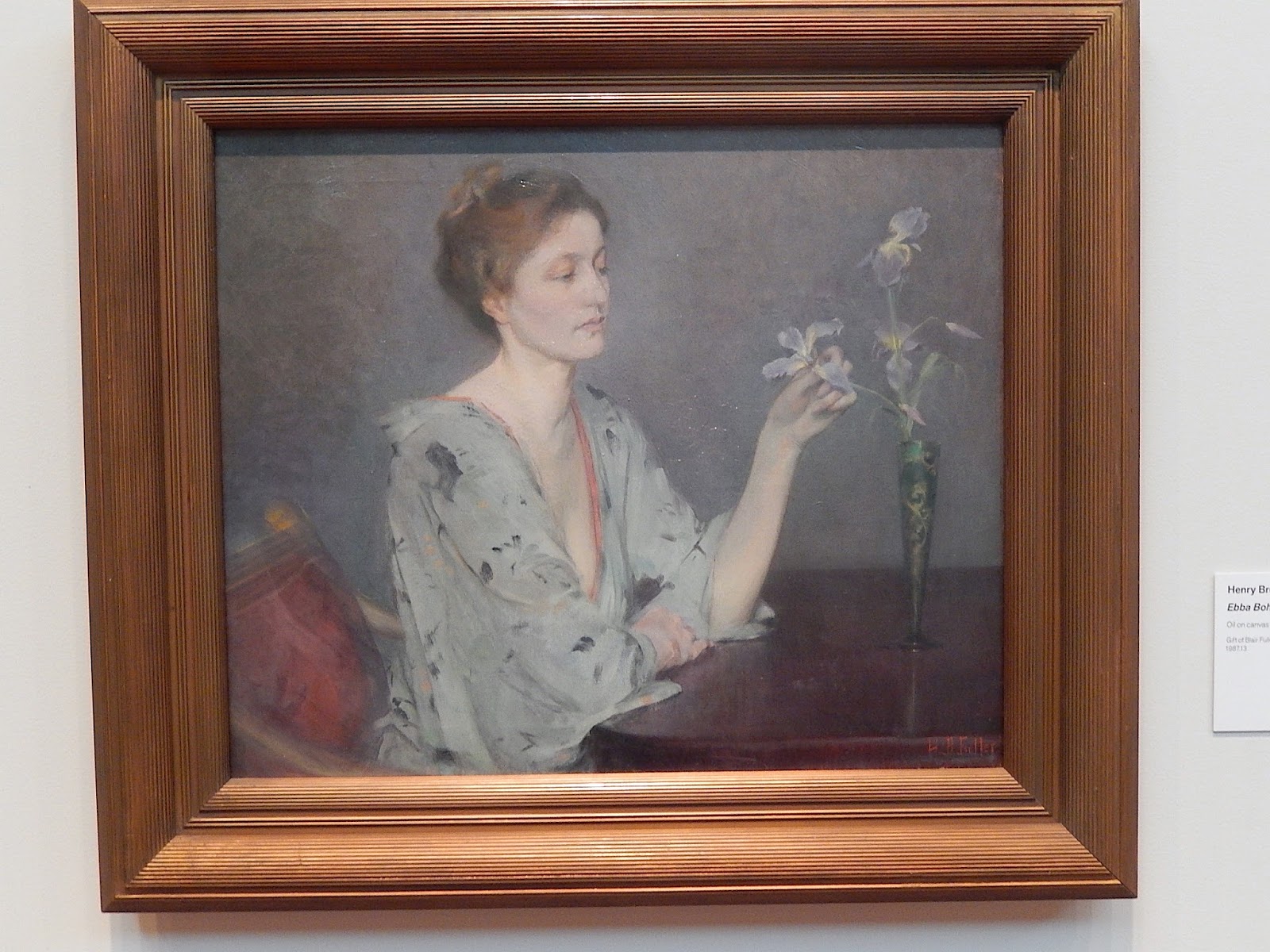 Here is a photo I took at the museum. For some reason it seems "flatter" than the image above. Perhaps it's because the colors seem less intense -- and those colors in my photo seem closer to what I saw than those in the first image. 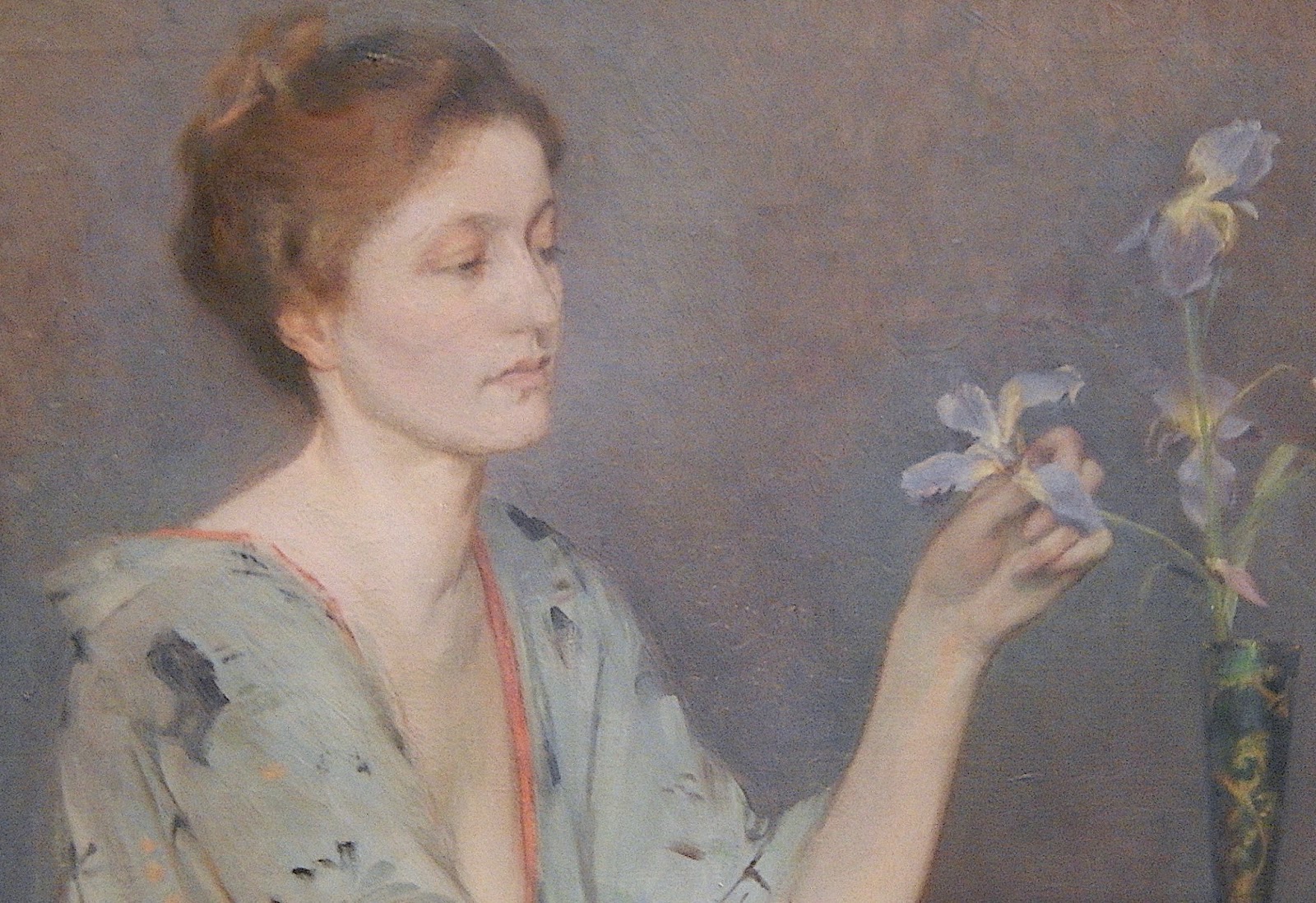 A close-up photo. Modeling of the head is much less apparent here than in the Internet image.