Roger Broders (1883-1953) is best known for his Art Deco / Moderne style travel posters for French railroads, though he is far less known in the USA than the artist called A.M. Cassandre, whose posters also were both Moderne and more strikingly designed. Broders' short Wikipedia entry is here.

Some examples of his posters from the late 1920s and the 1930s are below. I will present some of his earlier work in another post. 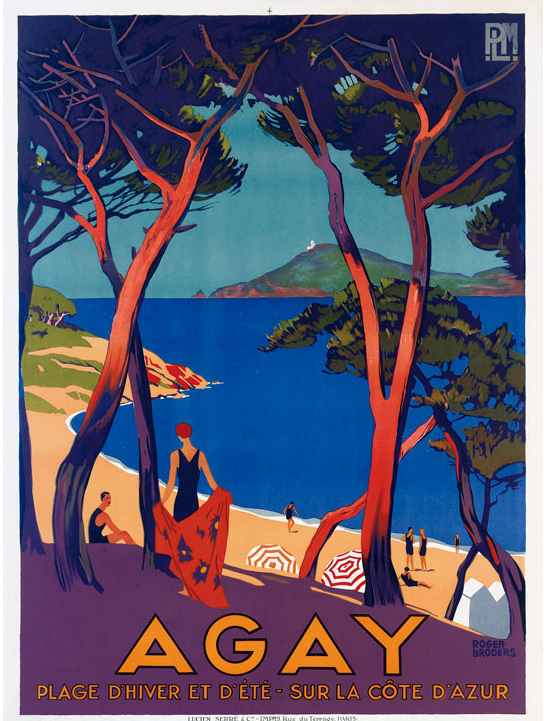 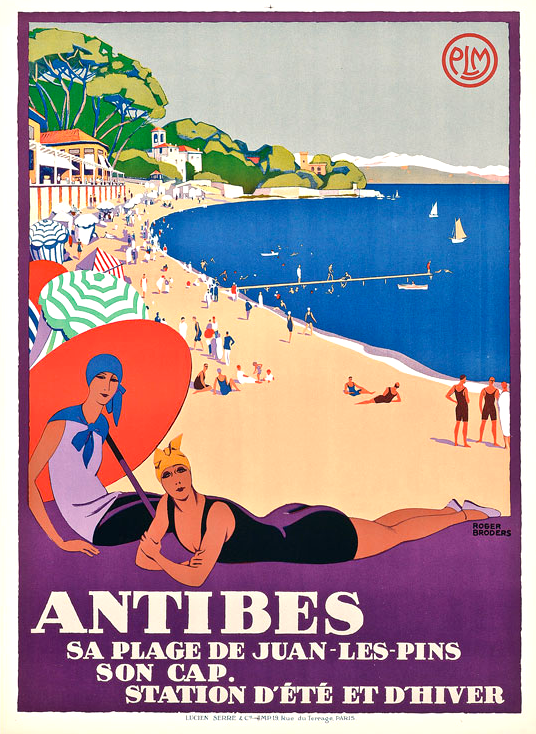 These two and around 100 others were made for the Paris-Lyon-Méditeranée (Compagnie des Chemins de fer de Paris à Lyon et à la Méditerranée) railroad. 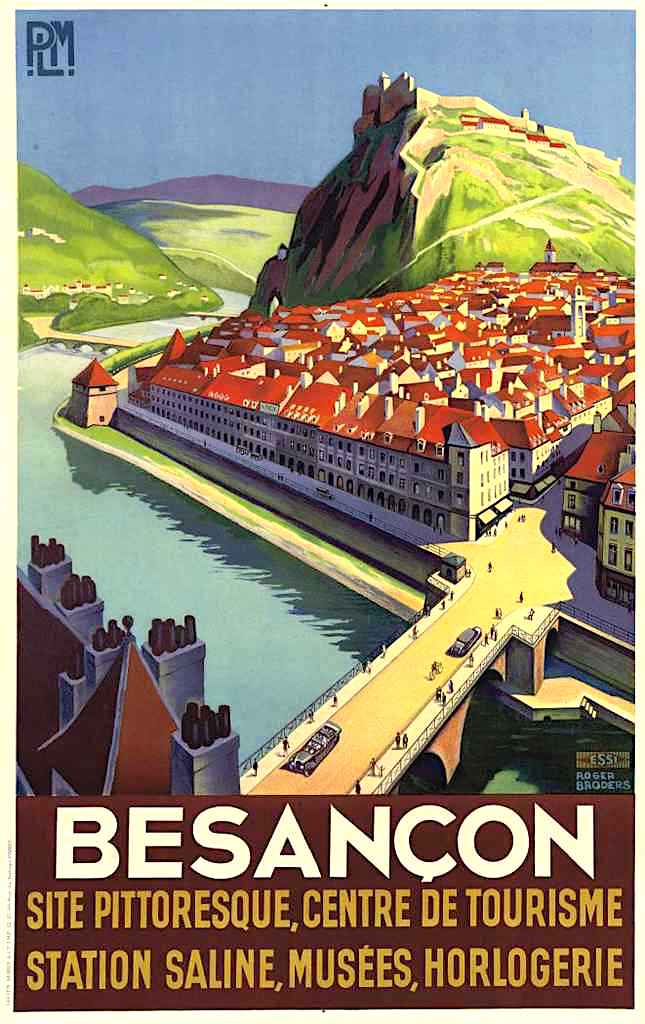 That railroad went other places than the Riviera. 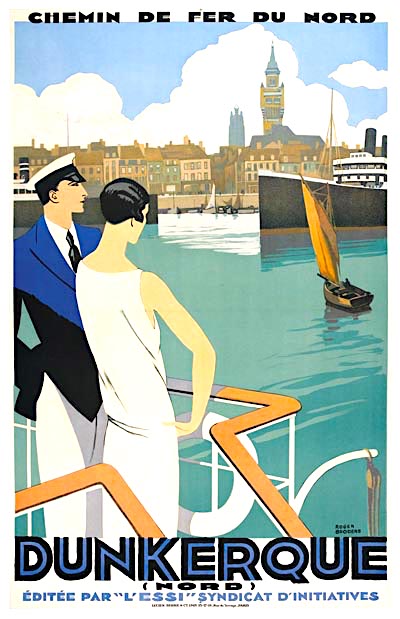 This is for another railroad, publicizing a destination nowadays better known as a place to escape via. 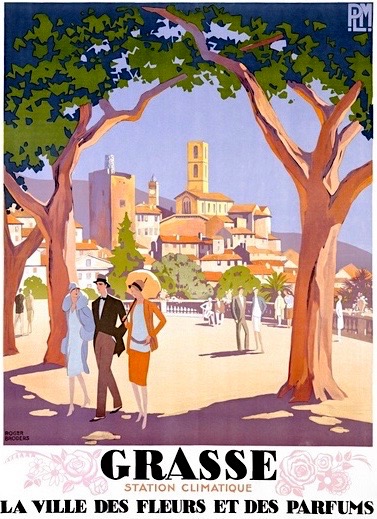 Grasse in a few miles inland from Cannes, up in the hills, and still known for perfumes. 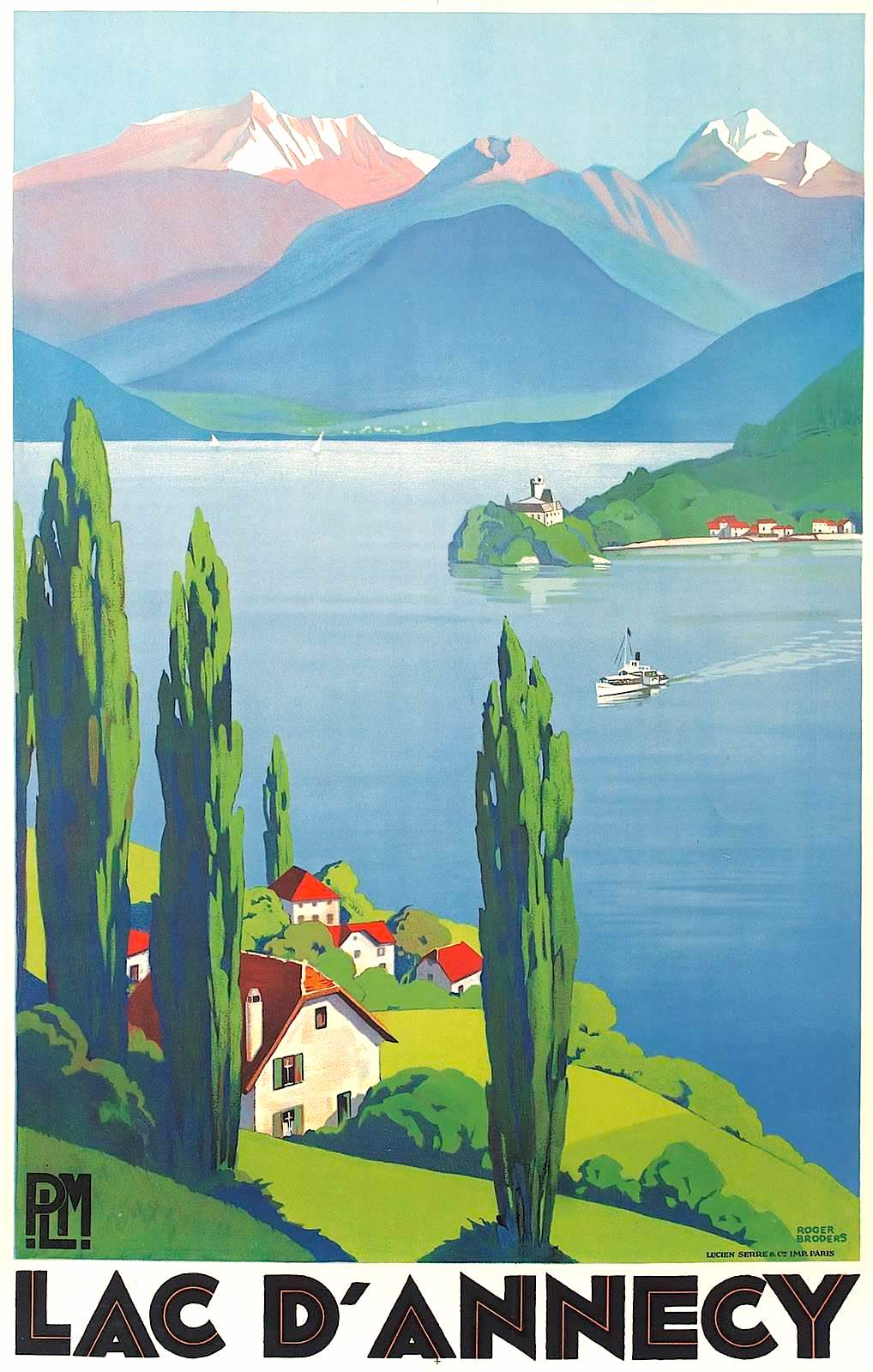 Another destination not on the Côte d'Azur, but well worth the side-trip. 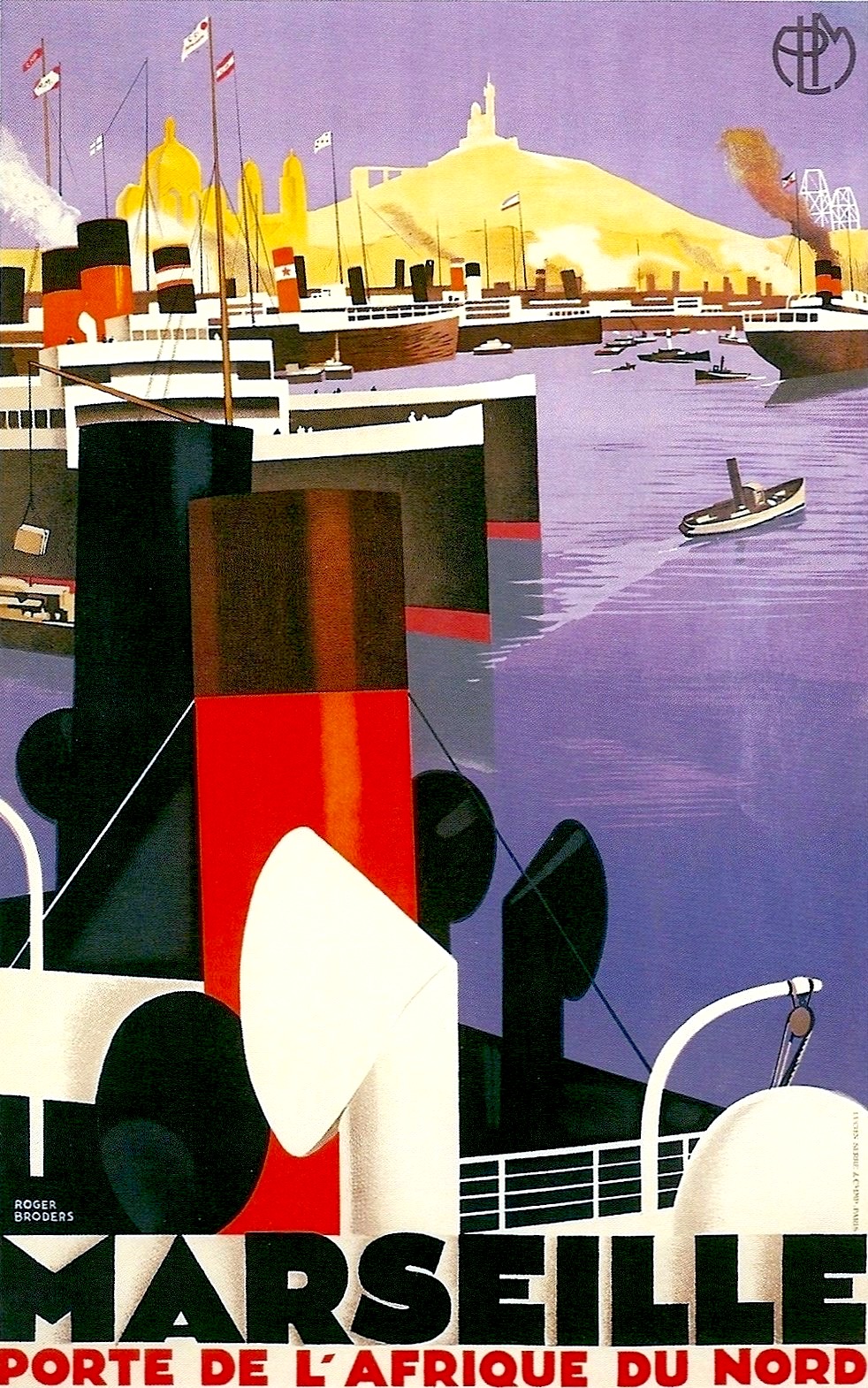 More in a Cassandre vein with all those stylized ships, yet not quite in the same league. 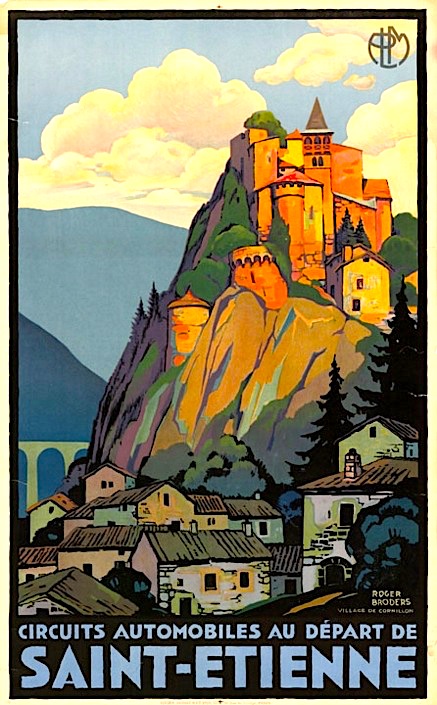 Nice poster of an off-the-mainline destination. 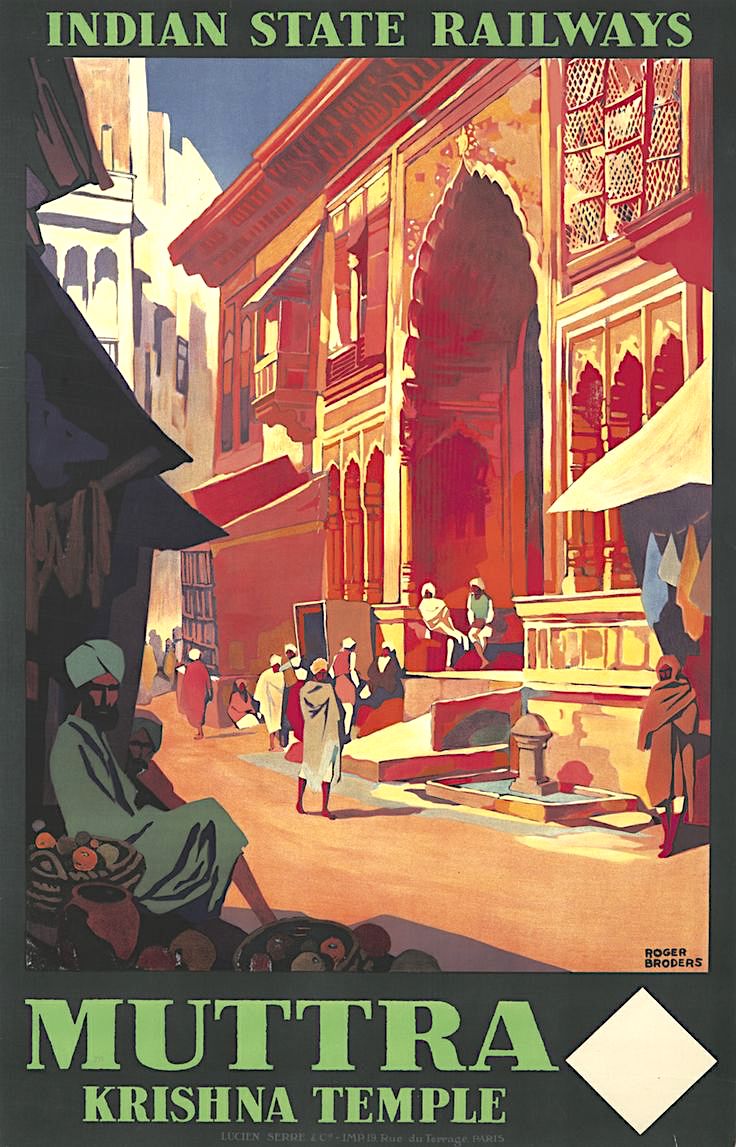 Not all Boders posters were for French railroads.