George Spencer Watson (1869-1934) is yet another Royal Academy painter active early in the last century who was competent, made a decent living, and is now largely forgotten. He mostly made portraits, but also turned out some very nice paintings of nudes, and painted some landscapes and religious scenes. A brief Wikipedia entry on him is here.

This post mostly deals with his portraits. Stylistically, he was not influenced by Modernism until perhaps near the very end of his career. Some unfinished works are shown that might interest readers who paint and others interested in how artists go about their business.

Office viewing warning: The nudes are at the bottom of the image stack, so scroll carefully. 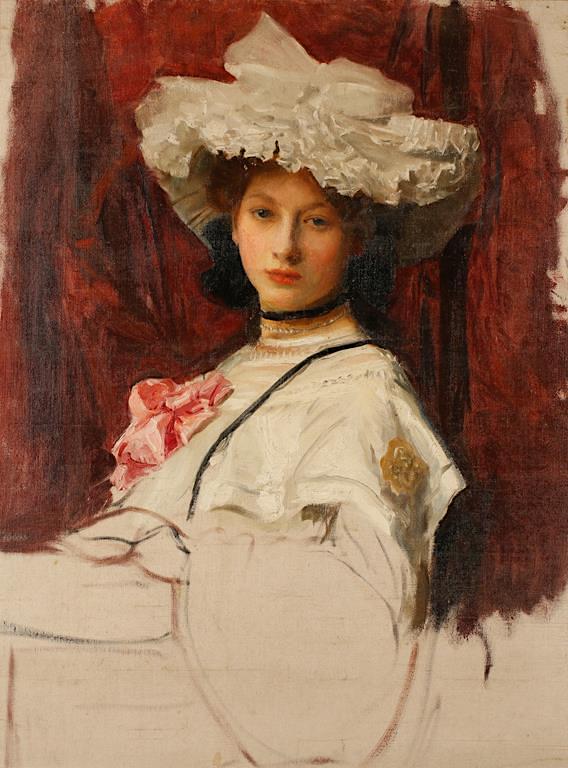 Lady in White (unfinished)
This probably dates from around 1900. I failed to notice any earlier works by Watson via Googling. 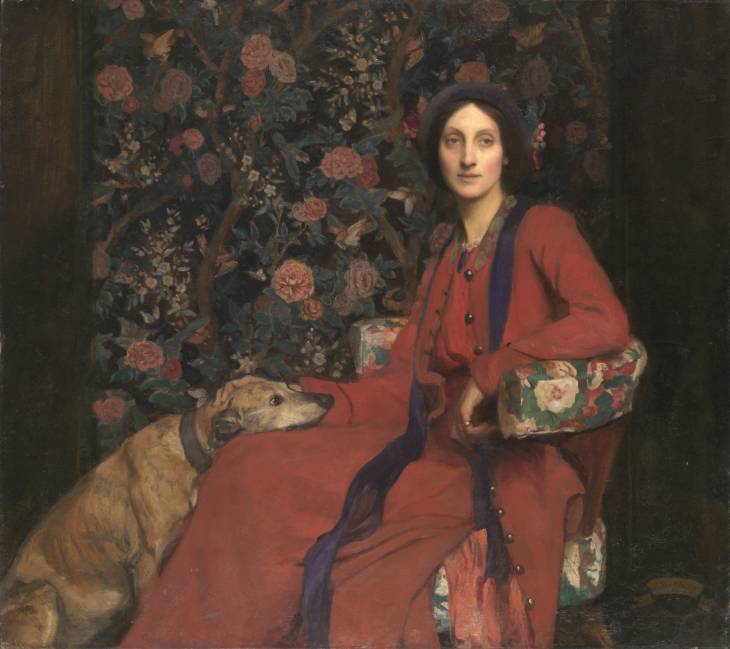 Hilda and Maggie - 1911
A portrait of Watson's wife in the Tate collection. 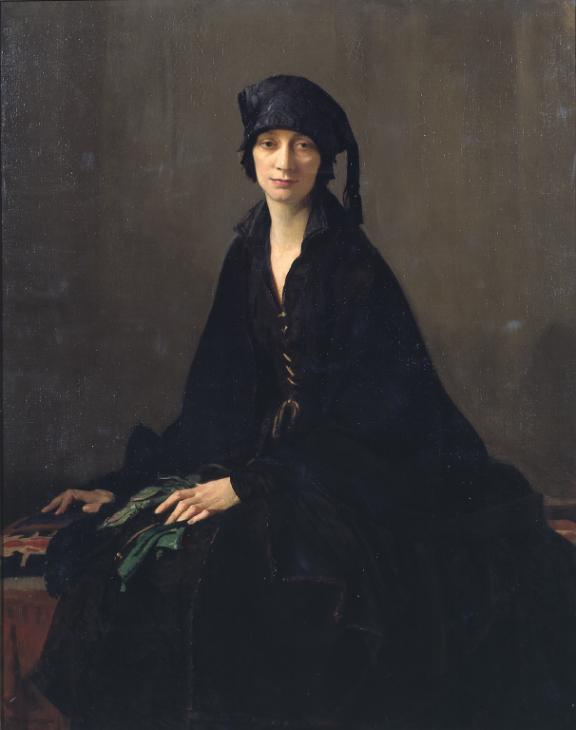 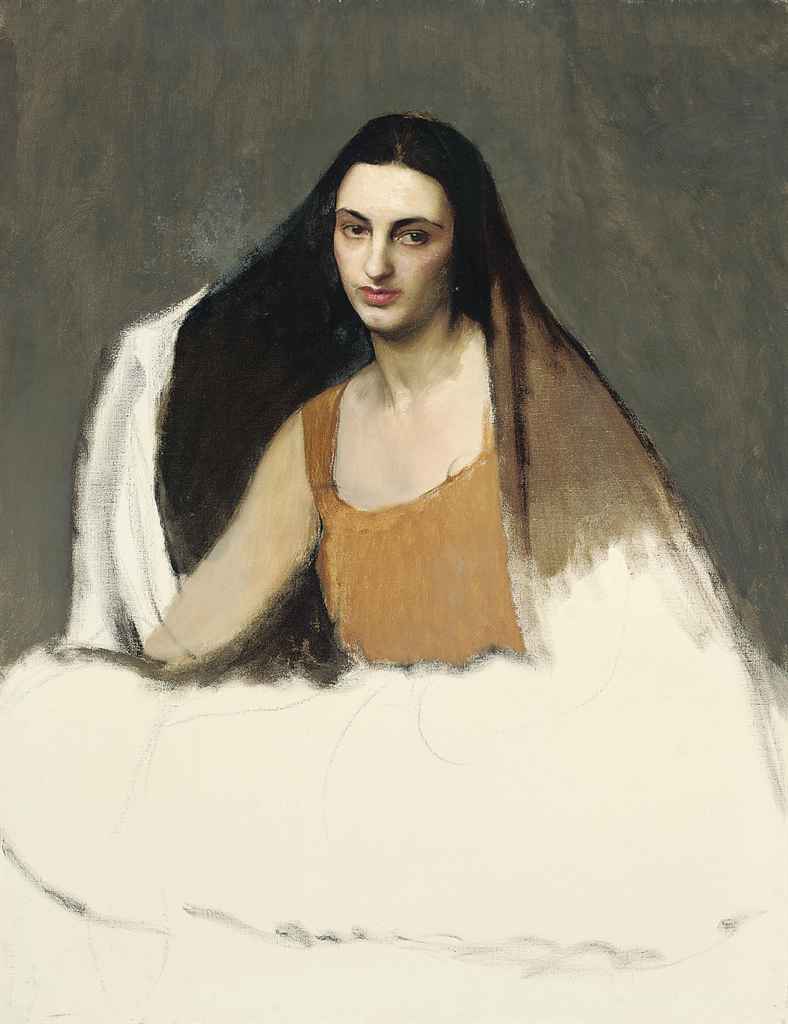 Portrait of a Lady (unfinished)
I'll guess that this was painted after 1920, possibly not long before he died. If the subject's costume were more finished and the hair style more visible, dating would be easier. The Orange Dress
This might be Mary, the artist's daughter. 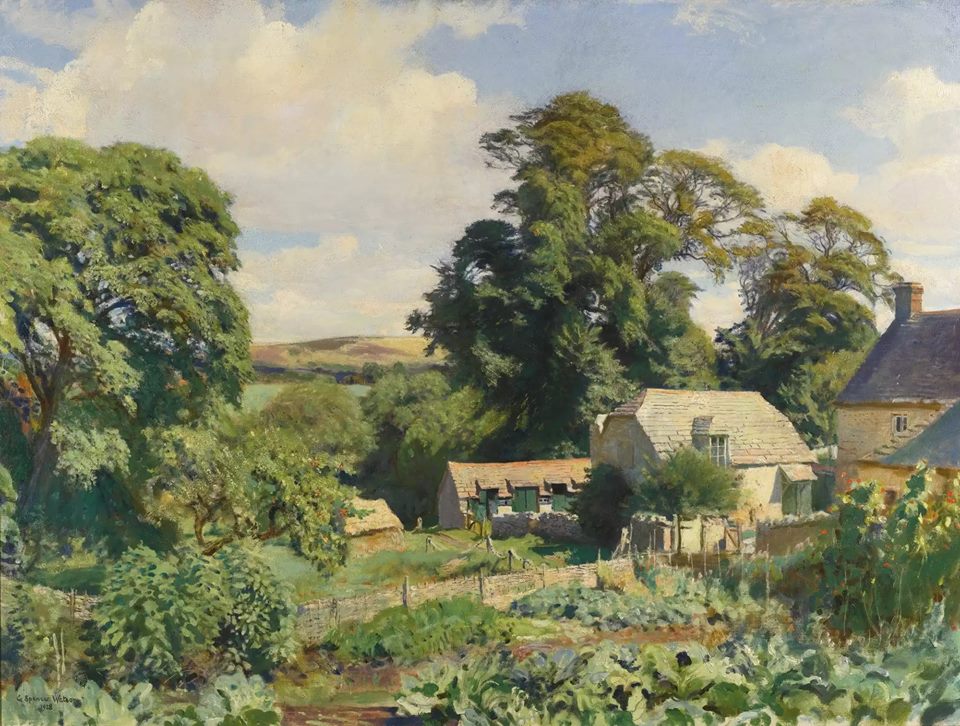 The Cottage Garden - 1928
An example of Watson's landscape work. 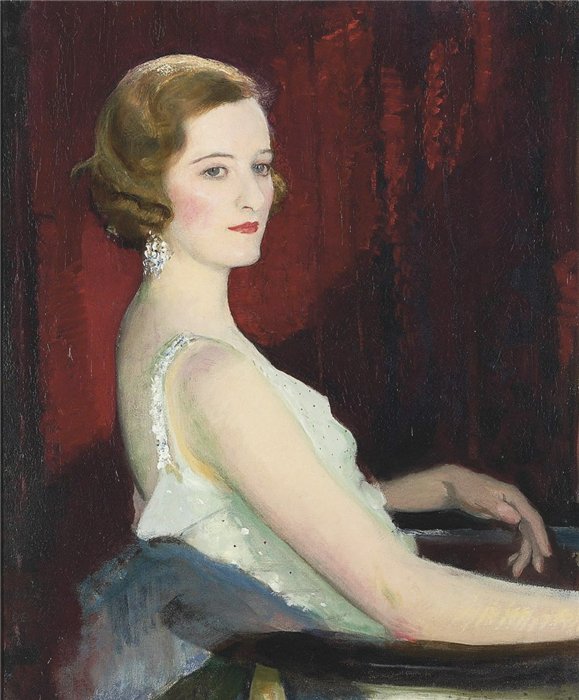 Miss Beaton - 1934
This too is probably unfinished: note the date and the sketchy brushwork in the lower part of the painting. The subject is Barbara Beaton, a sister of Cecil Beaton, the famous photographer (though before finding a detailed caption, I was guessing that she was Nancy Beaton, her more famous sister). 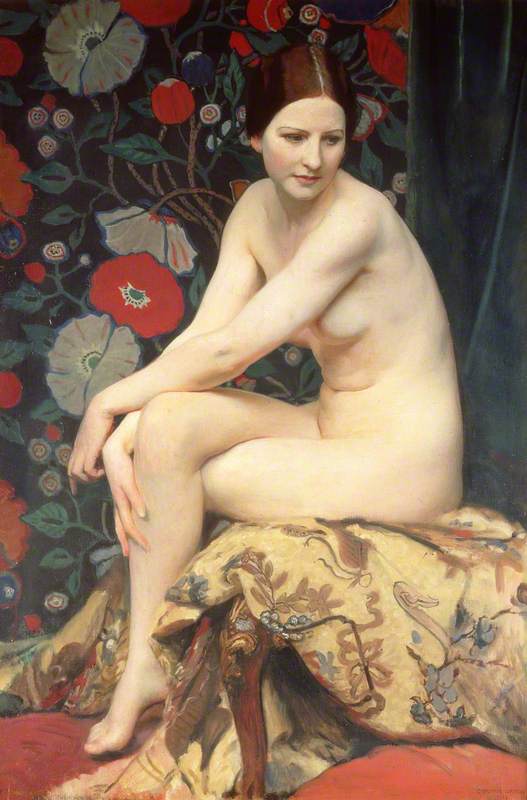 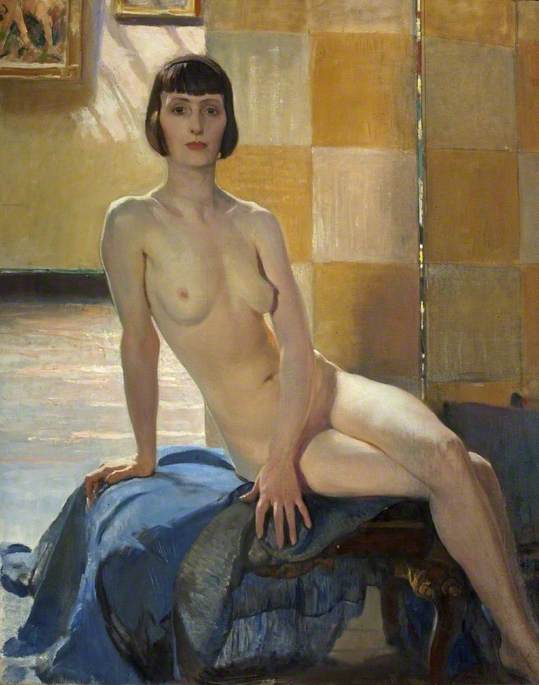 Sunlight Nude
I like this painting a lot, partly because of the (again) slightly different-from-the-usual pose and setting. But the best part, to my way of thinking is Watson's treatment of color. This was probably painted in the mid-to-late 1920s, before high-quality color photography was available. So he had to do this without that kind of photographic reference.