Henry Russell Ballinger (1892-1993) lived to be 100 years old and was active into his mid-90s. There is little biographical information about him on the Internet. However, this notes that he "studied at the University of California, San Francisco; the Art Students League with Harvey Dunn; and the Academy Colarossi, Paris." And here is another snippet that mentions he "worked as an illustrator for almost 20 years, doing magazine covers for Yankee Magazine, McCall's magazine and the Saturday Evening Post."

Ballinger was a skilled landscape, seascape and shoreline painter who wrote several books dealing with paintings those subjects (an example is here ). His works are found in several museums.

What is not clear to me from the limited information available is the arc of his career. My best guess is that, since he had training by Dunn, he probably did his illustration work in the 1920s and 30s, then shifted to fine arts. Or maybe he did fine art painting all the while and worked as an illustrator to maintain his income.

There are a few examples of his paintings found in Google searches, but I turned up only one sure example of his illustration work. Perhaps lengthy digging or better use of key words might have located Saturday Evening Post covers, but all I found were random cover images.

All this is too bad, because Ballinger seems to have known his stuff, and I would like to see more of it to be sure of that. 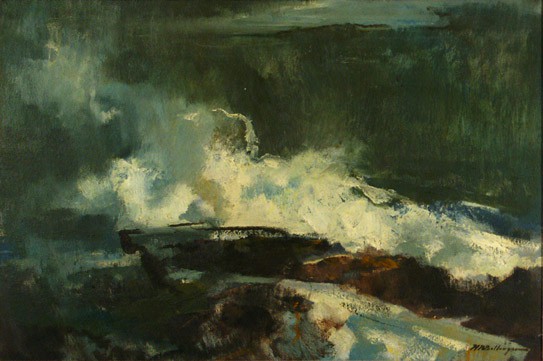 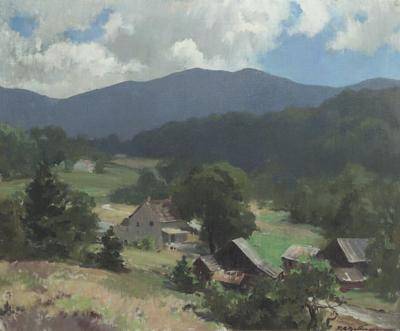 A landscape by Ballinger 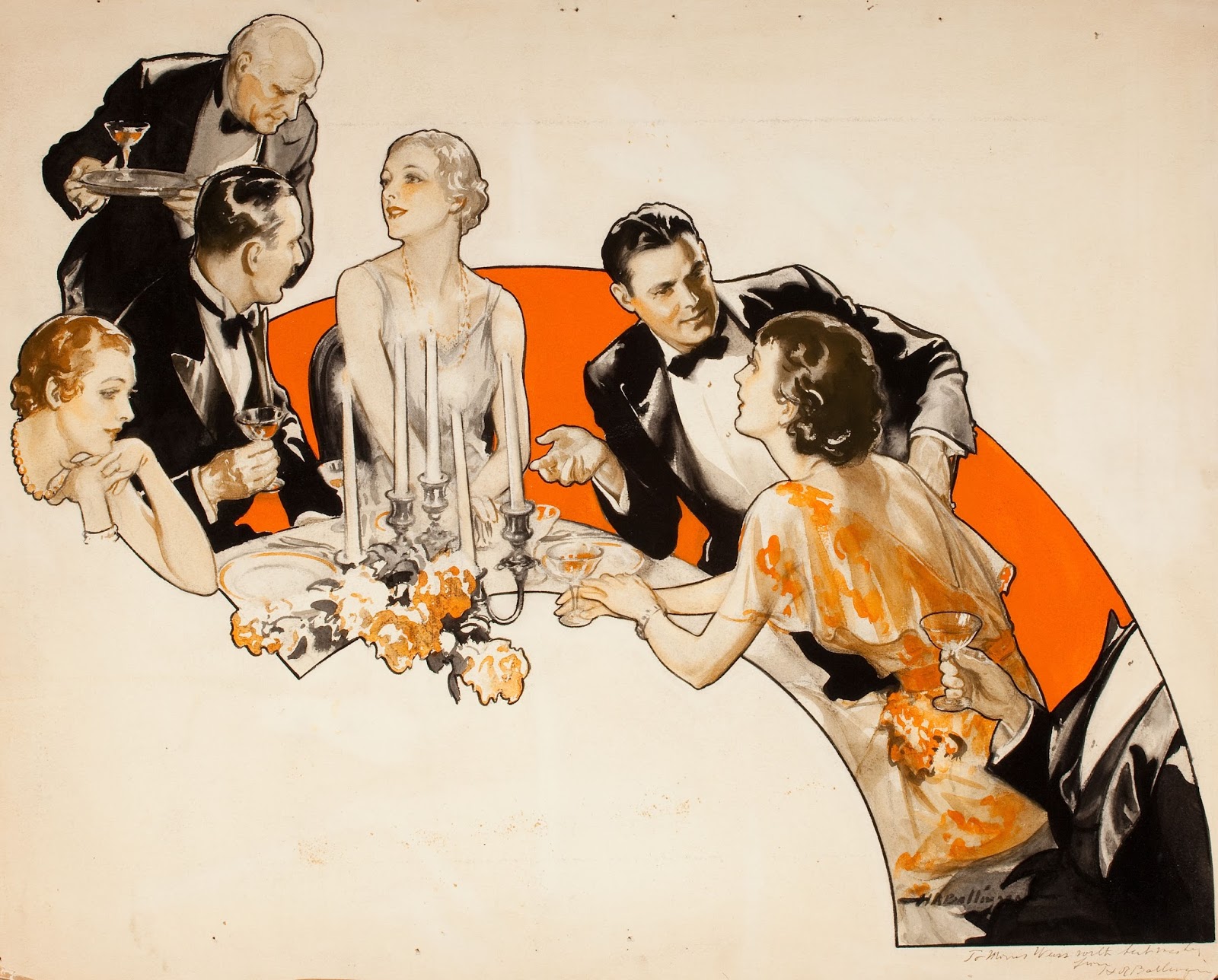 Illustration for "The Wolf Chaser"
I don't know what magazine this appeared in, nor the date. My guess as to the latter is 1934 or thereabouts. I base this on the women's hairdos and clothing along with the fact that they are shown with alcoholic drinks (Prohibition was abolished in the USA in March of 1933). The cloisoné style is similar to that used by McClelland Barclay at times during the late 1920s and early 30s (examples are here -- scroll down). Click on the image to enlarge considerably.

Once again I thank you for featuring the work of an ilustrator with whom I am not familiar. I agree, his illustration is excellent and I, also, would like to see more of his work.

When I was a kid I used to study the illustration of the past in the bound volumes of the Saturday Evening Post and Colliers at our main library. You have referred to this style as “cloisoné”. I have never heard it called that but it's a good descriptive tag. I had always assumed the use of a hard outline like this was a way to relate realistic illustration to the art deco look that was so prevalent.

At that time, a vignette with a hard edge built into the design would be an advantage to the photoengraver. The area beyond the vignette had to be painted out on the negatives. When photographed, random dots would be picked up in the white areas beyond the illustration per se. A hard edge gave the photoengraver a definite place to begin the paint-out.