Some Unfinished Paintings by Pissarro

Camille Pissarro (1830-1903) had a long, prolific career. His Wikipedia entry is extensive.

While I was surfing through collections of his work via the Internet, I came across three unfinished works. I'm not sure how interesting this is for the average reader, but I know that people who paint, along with art historians, usually enjoy stumbling across such items that reveal an artist's technique. 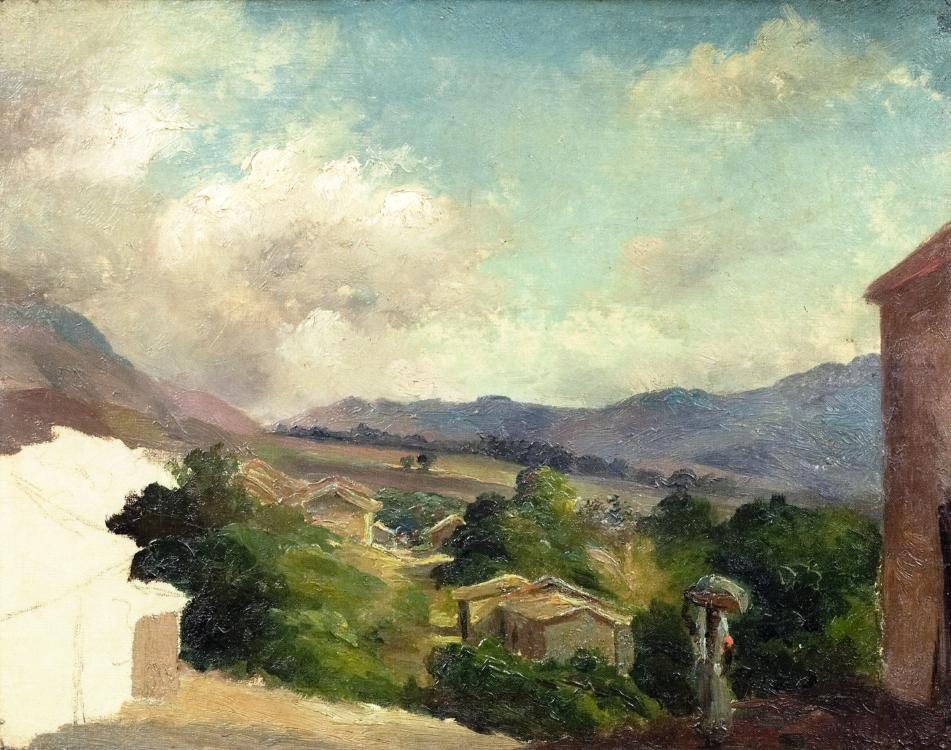 Mountain Landscape at Saint Thomas, Antilles - 1854-55
One of Pissarro's earliest surviving works. Painted on his return to Saint Thomas, but quite possibly interrupted when he left again for France. At this stage of his career, Pissarro seems to be finishing a painting area-by-area. 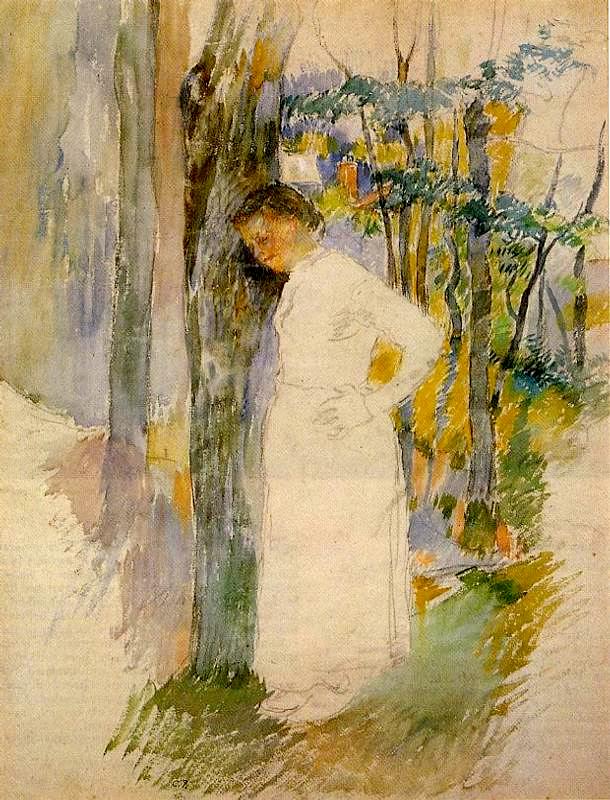 Peasant Woman - 1885
Thirty years later, he is more into assembling his painting on a balanced basis. This seems to be a gouache or watercolor that requires different handling than oils. Nevertheless, he leaves important areas to be finished later. 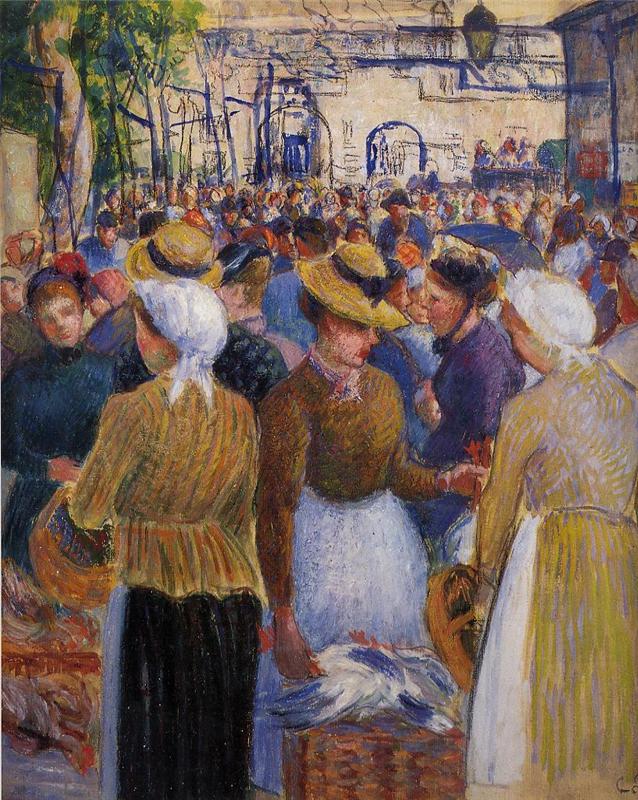 Poultry Market at Gisors - 1889
Here Pissarro spent his time on the featured foreground subjects. Heads and faces in the distant crowd might or might not receive a bit more detail.  The far side of the market square is was roughed in when he set this painting aside. (Though he did add his initials instead of his usual signature, indicating ... something.)
Posted by Donald Pittenger at 1:00 AM

I love Poultry Market at Gisors (1889), even if it wasn't quite complete because it gave dignity to ordinary working families. Perhaps he really was depicting his socialist sympathies or perhaps he simply loved the colour, movement and noise of a working site.