Raymond Georges Yves Tanguy (1900-1955) suddenly decided to become an artist not long after he completed his French Army service. Shortly after that, he became involved with the new Surrealist movement. Even though he wasn't formally trained as an artist, he acquired the necessary oil painting skills to produced"finished" looking works. On the other hand, so far as I've been able to find on the Internet, Tanguy never painted anything recognizable: no people, no still-lifes, no landscapes. To that extent, lack of formal art training didn't matter to him or to the many prominent museums that acquired his paintings.

His Wikipedia entry is here, and his Guggenheim page is here.

Once Tanguy settled into his version of Surrealism, he mostly painted variations of a basic plan. Its elements included a fairly plain "sky" area that usually took up a large share of the upper part of his canvases along with various visually solid (i.e., not flat) shapes in the lower part. Effort was made to depict those shapes to appear as realistic as possible, not as sketchy or outlined elements as conventional 1930s modernists such as Picasso might have done. This practice was in line with the Surrealist visual arts thought of Salvador Dalí: the invented world should be depicted as if it were real.

Below are examples of Tanguy's work in chronological order. Most are found in major museum collections. 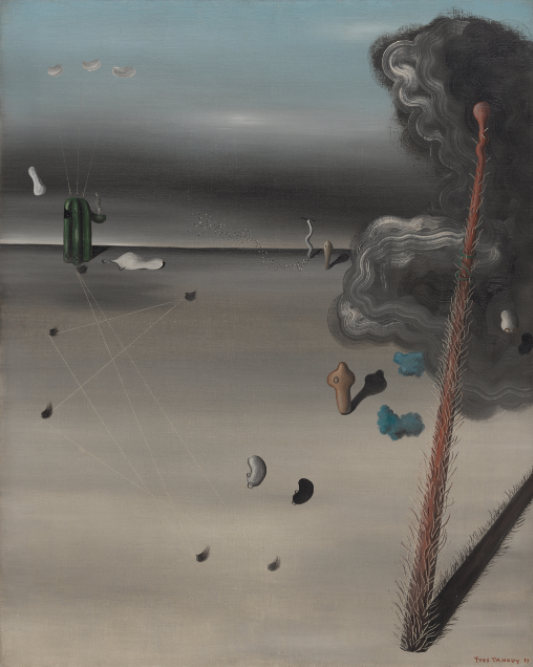 Mama, Papa is Wounded! - 1927
From around the time of his first exhibit, also fairly early in terms of visual (non-literary) Surrealism. 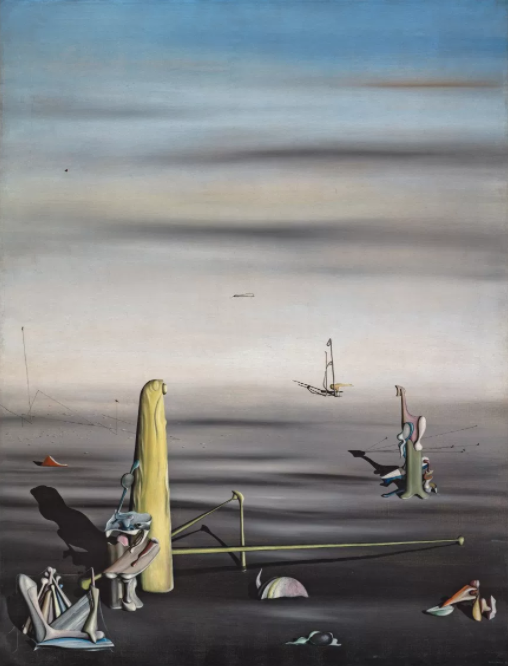 The Sun in Its Jewel Case - 1937
Painted during Surrealism's glory years. 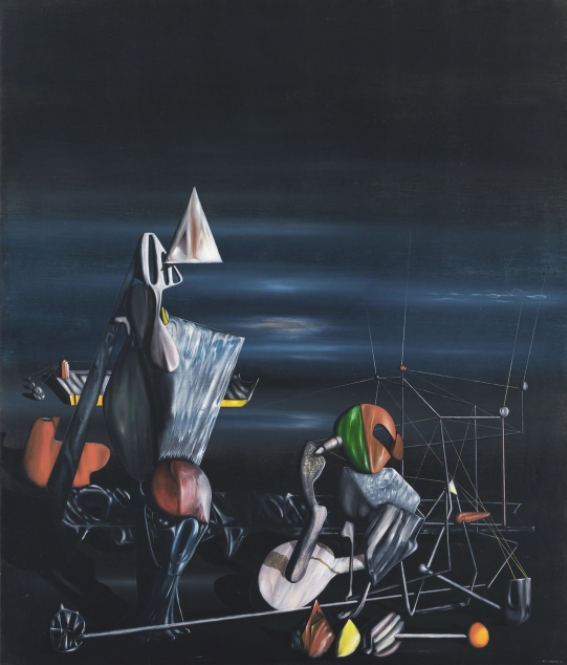 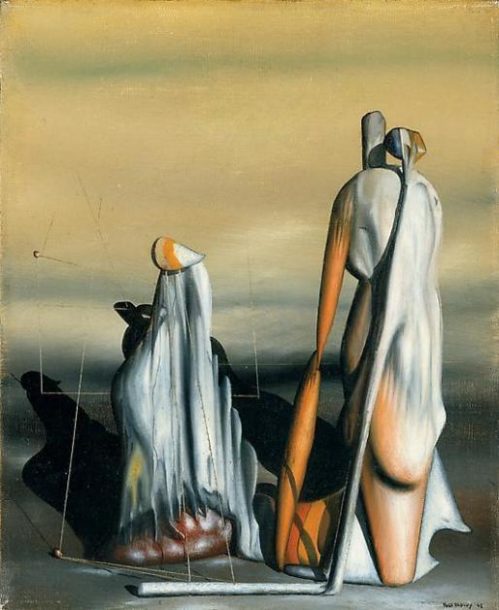 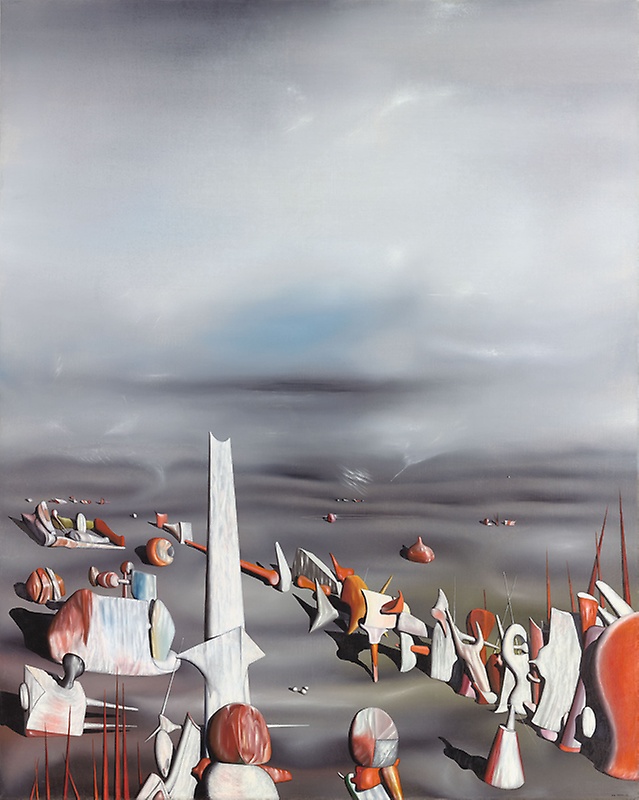 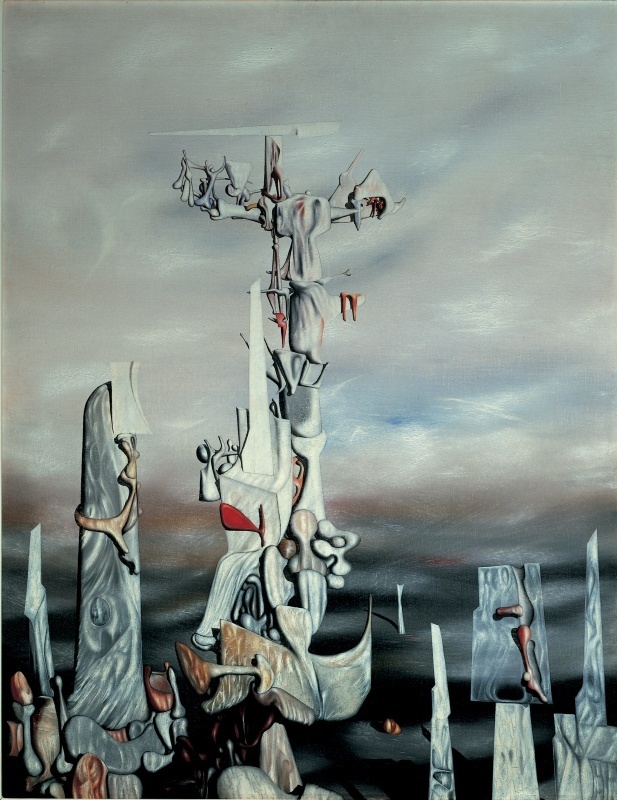 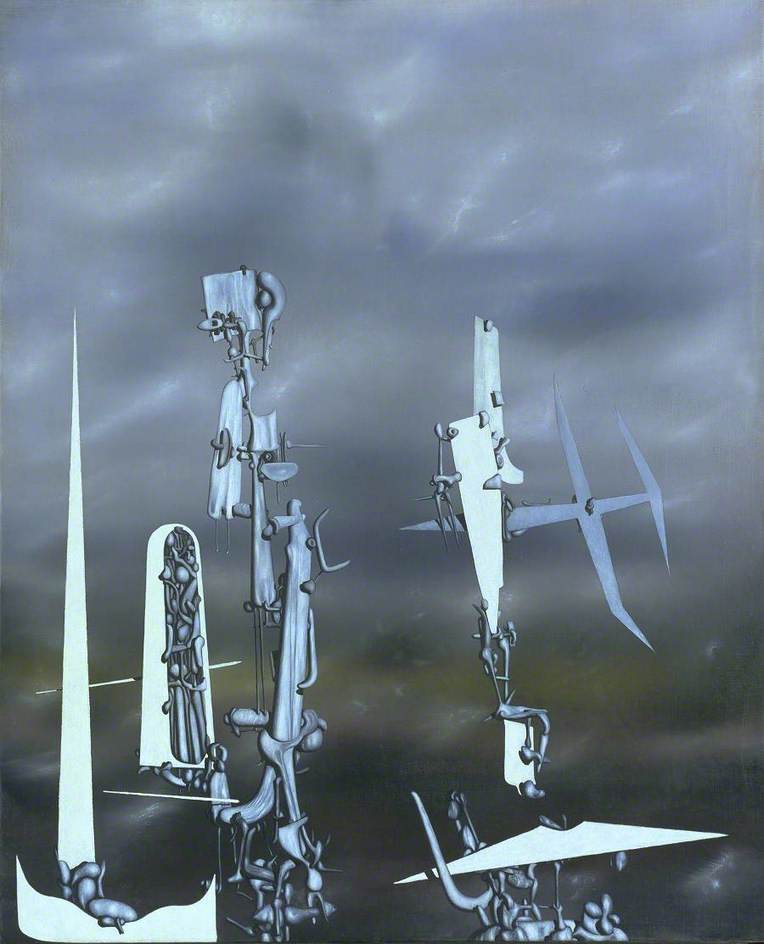 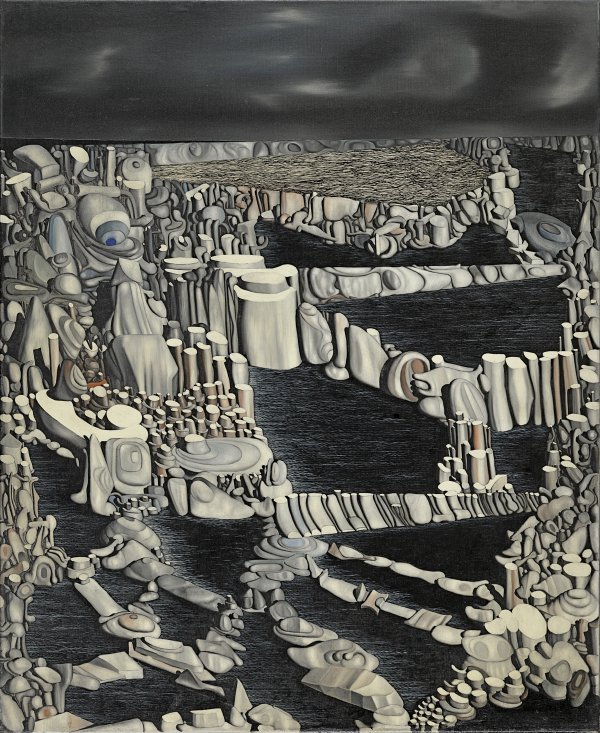 Imaginary Numbers - 1954
A late painting made shortly before his fatal stroke.  It and some similar ones were a break from his usual style.