Hans Hofmann (1880-1966) permanently moved the the USA from his native Germany when he was in his early 50s and by the mid-1930s had established his own art school that was highly influential in terms of the mid-century New York milieu of modernist painting. The list of former students is impressive, as can be seen in his Wikipedia entry. Useful information regarding him can be found here, and a Web site devoted to Hofmann is here.

Hofmann was a convinced modernist who stressed respecting the flat picture plane, among other articles of the modernist faith. His ideas regarding color might have been more useful for artists in general.

Below are examples of Hofmann's work, mostly over the last 30 years of his long career. Details on the Internet are sketchy, but it seems he was in Paris when the Great War broke out and was unable to return to Germany. Being an enemy alien, it is likely his life was circumscribed in some way, but I have no information regarding that. What one of the above sources mentions is that his paintings in Germany were lost, so there is little to document his early career. Oddly, I could not find much from the post-war German period either.

However, Hofmann was prolific, and there are paintings from the mid-1930s when he was doing his influential teaching that inspired many painters who became Abstract Expressionists in the 1940s and 1950s. 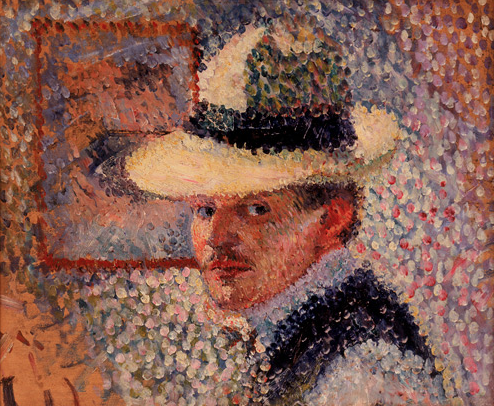 Self-Portrait - 1902
This is the only early Hofmann painting I found on the Internet. 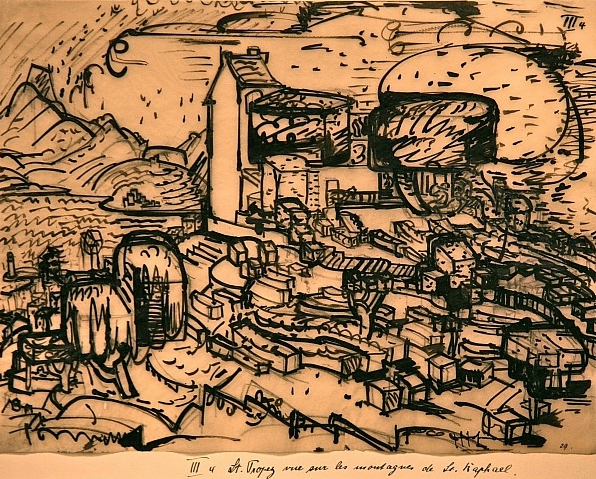 St. Tropez - 1928
A drawing with a jumbled-up view of the Riviera port, part of which is indeed on a hill. 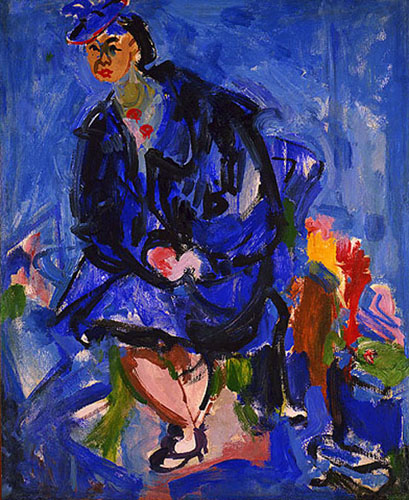 Japanese Girl - 1935
Now we are in the zone when he was teaching in New York City and Provincetown on Cape Cod. 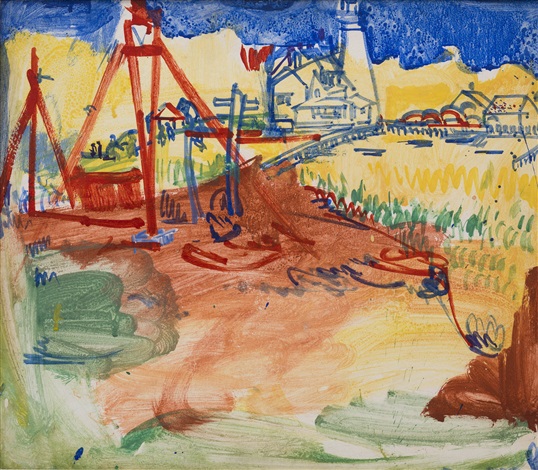 Lighthouse - 1936
Cade Cod landscape of sorts.  Hofmann often painted fairly thinly: Was the price of paint a factor during the Great Depression years? 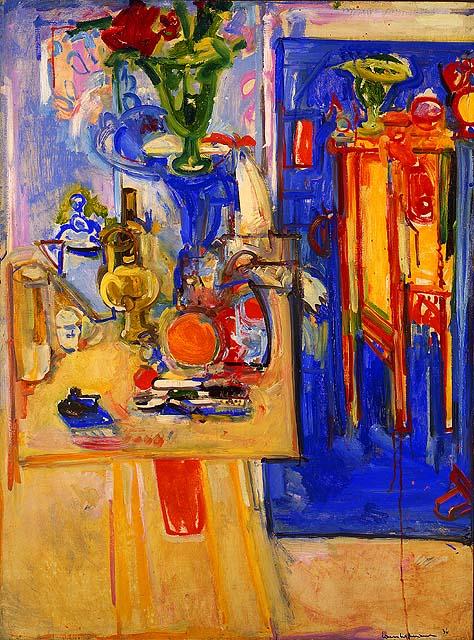 Table with Teakettle, Green Vase and Red Flowers - 1936
Hofmann is said to have been influenced by Matisse, and this painting tends to suggest just that. 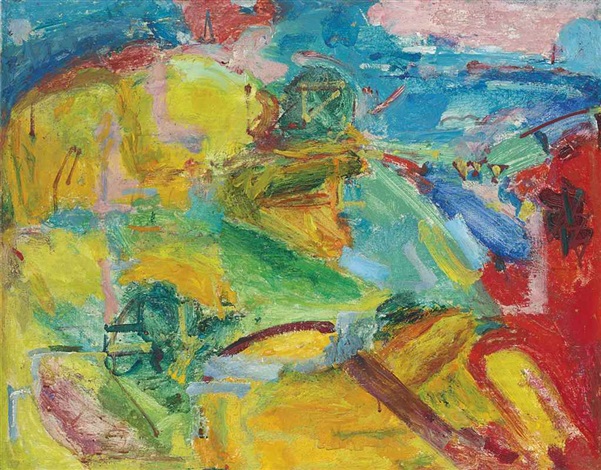 Untitled No. 30A - 1937
Here is a work that is fully abstract with lots of brushstroke expression. I imagine that this would have influenced those who later became the Abstract Expressionist school in New York. Untitled (Provincetown) - 1941
He did not totally abandon representation until a few years later. 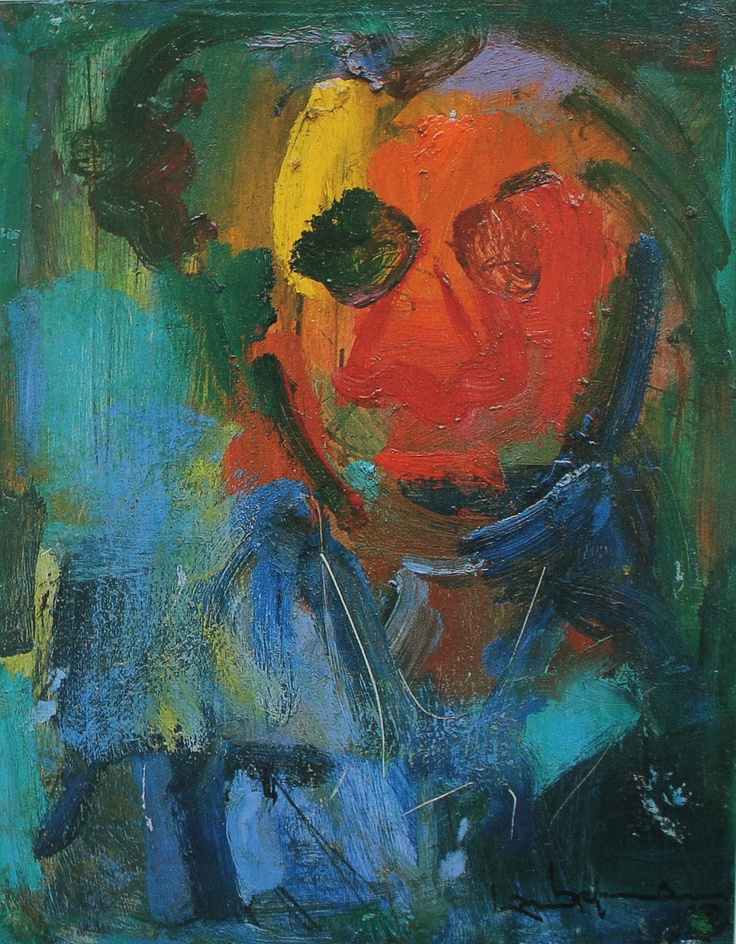 The Painter - 1941
Again, vigorous brushwork, striking use of color and almost total abstraction. 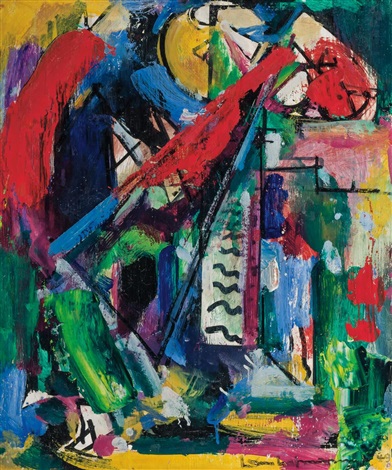 Untitled - 1949
The New York school of Abstract Expressionism was well into its ascendency when Hofmann painted this vaguely cubist work. 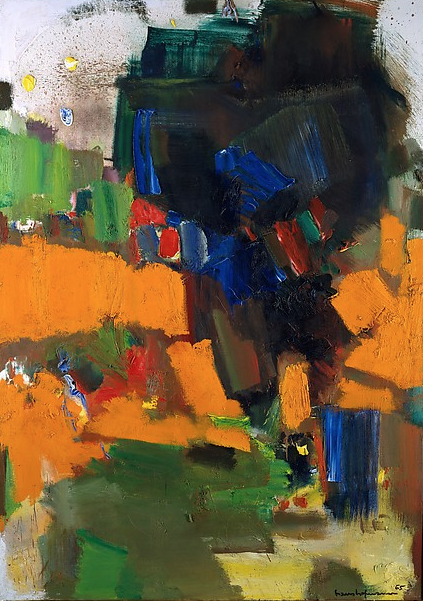 Deep within the Ravine - 1965
One of his last paintings. Very strong colors and composition. I'm not a big fan of Modernism, but I like this one. 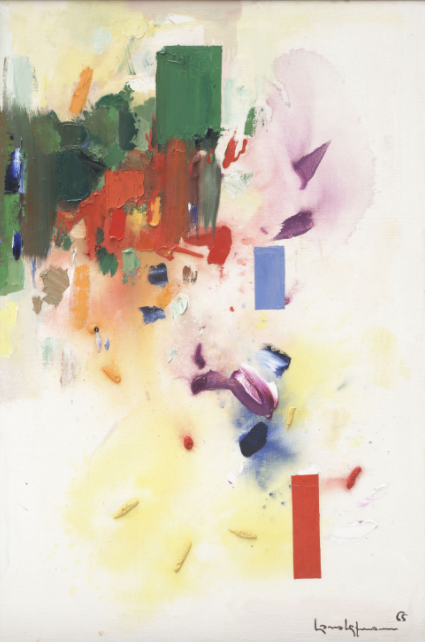 The Castle - 1965
During the 1960s Hofmann made a number of paintings that included rectangles. Perhaps he was interested in adding opposition to less-structured parts of these paintings.