Max Ernst (1891-1976), as this fairly lengthy Wikipedia entry mentions, was involved in the Dada and Surrealist movements.

Despite -- or perhaps because -- Surrealism having entered middlebrow American culture by the early 1940s (several movies had Surrealist "dream sequences") avant-garde painters in the USA moved on to various kinds of abstract art after World War 2.

So did Ernst, though his post-surrealist paintings are not as well known as his Dada and Surrealism. Some examples of his later paintings are below. 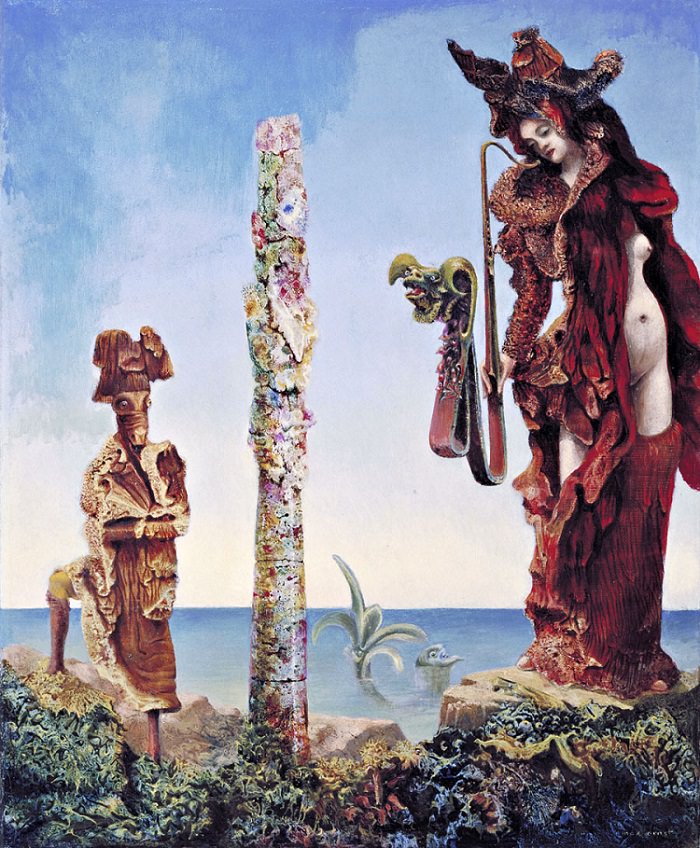 Napoleon in the Wilderness - 1941
An example of Ernst's Surrealism. 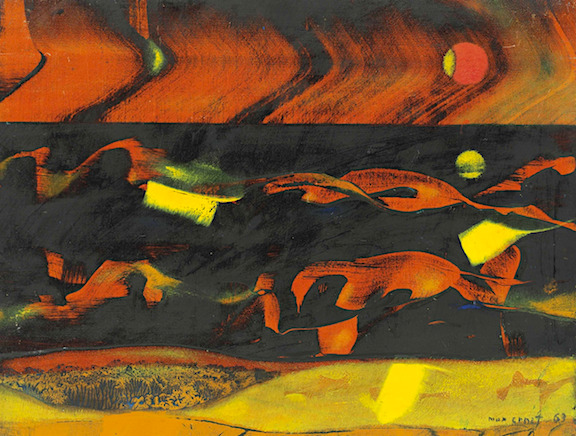 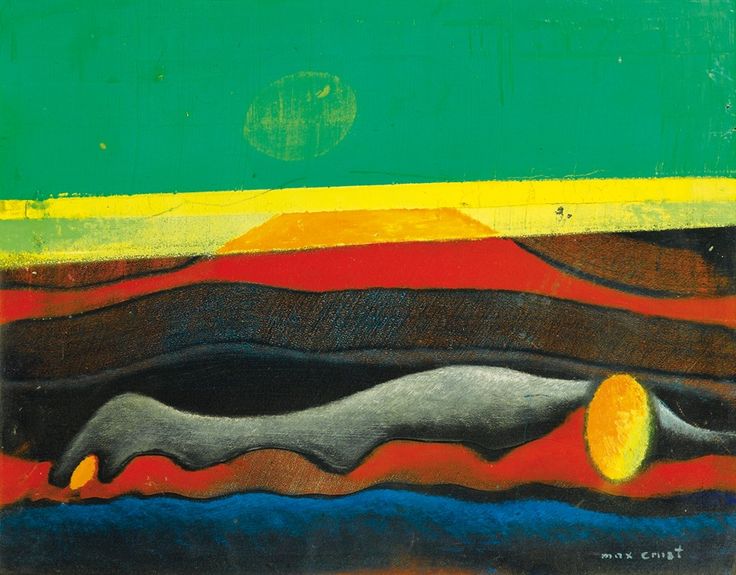 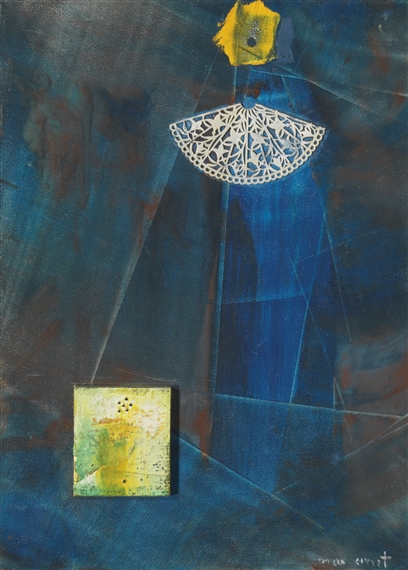