Eugène Galien-Laloue (1854-1941) was a prolific painter of landscapes and cityscapes, and is best known for his depictions of Paris. A brief Wikipedia entry is here, and from it you can link to a longer French version. But for a richly detailed exposition on him, I strongly suggest this site.

It seems that Galien-Laloue -- Laloue was his actual family name -- was an odd character in several respects. He was something of a loner who focused on his work rather than the socializing that many famous Paris-based artists did. He had three wives, all of them sisters. He used several aliases when signing his paintings, presumably so that he could market them through more than one gallery.

That aside, Laloue's gouache paintings were accurate depictions of Paris architecture as well as his scenes' atmospherics. This makes his works of interest to fans of Paris in the years 1880-1930. Most of the image below seem to have been painted in the early 1900s (he didn't date his works). 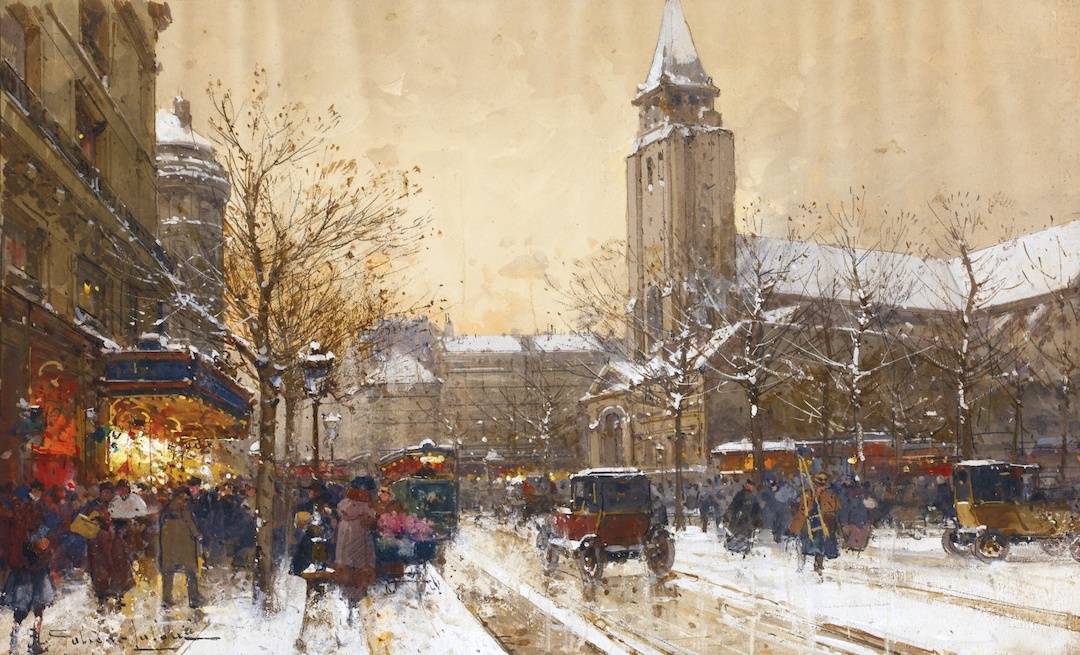 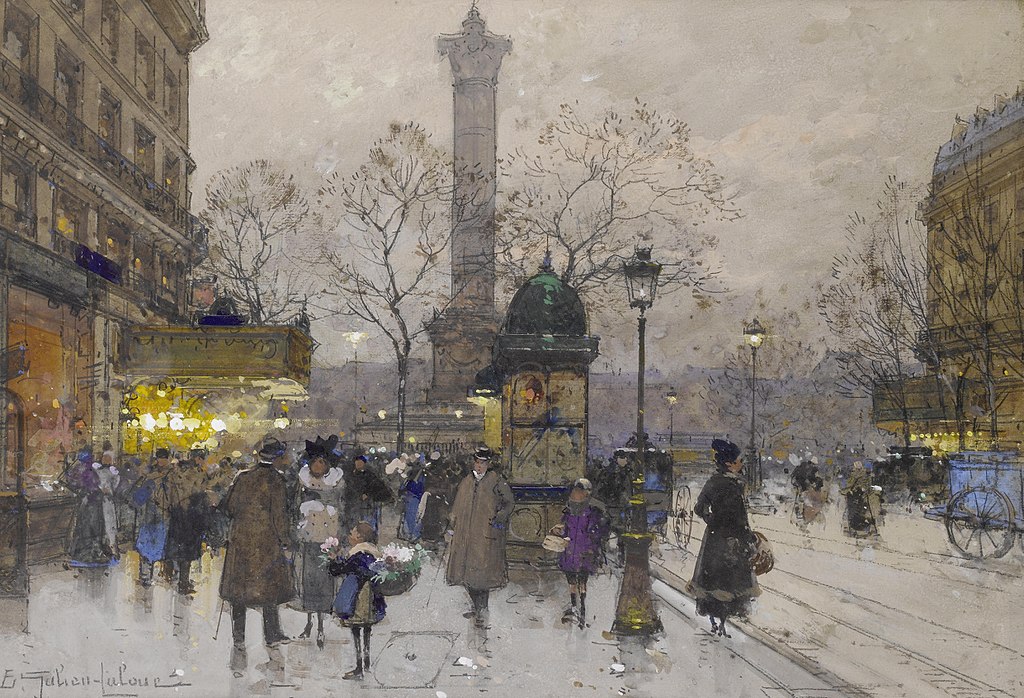 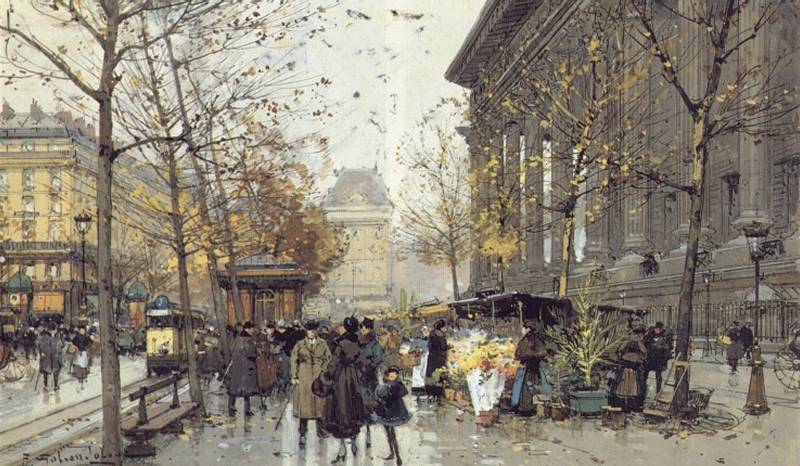 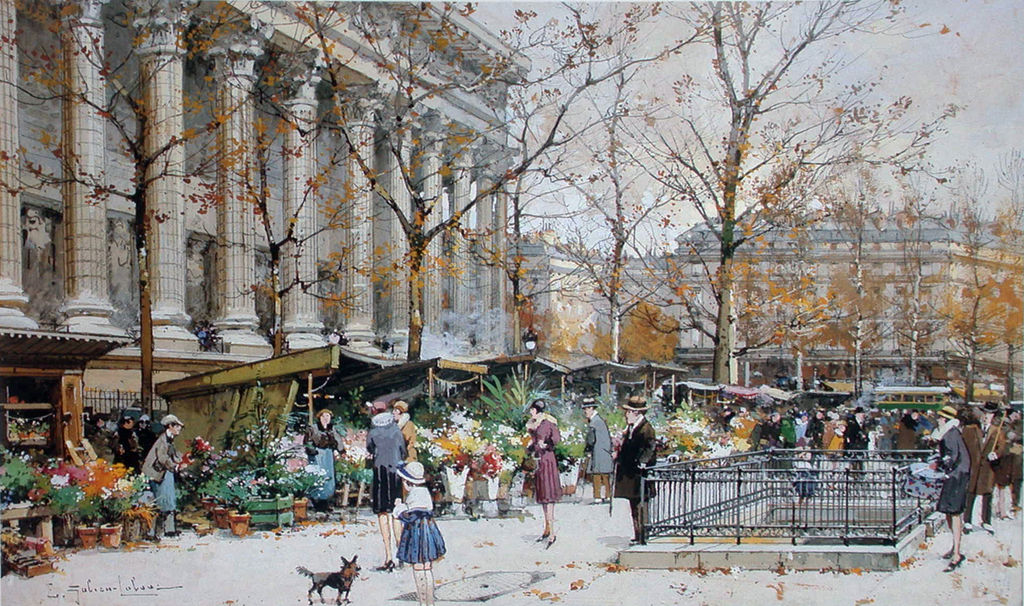 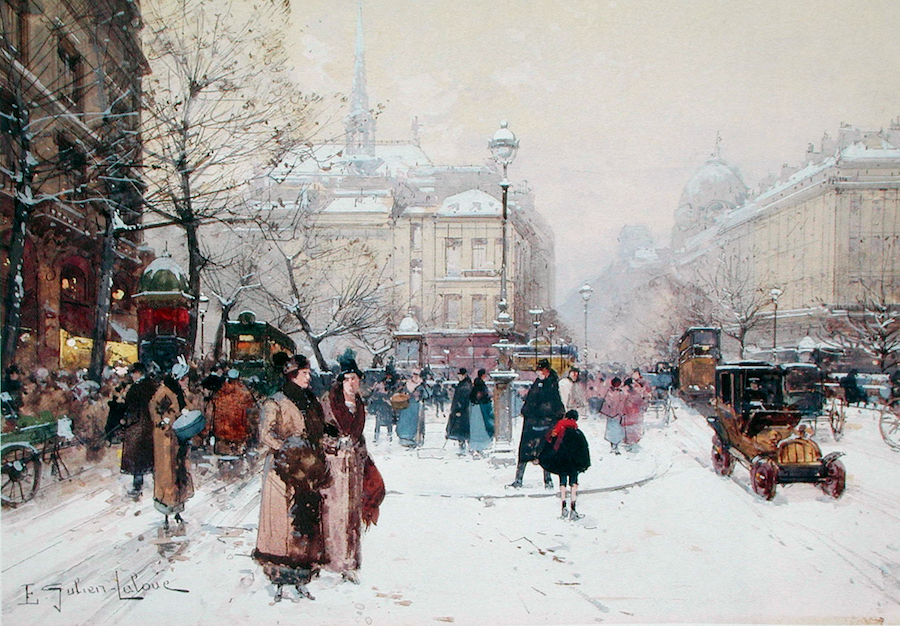 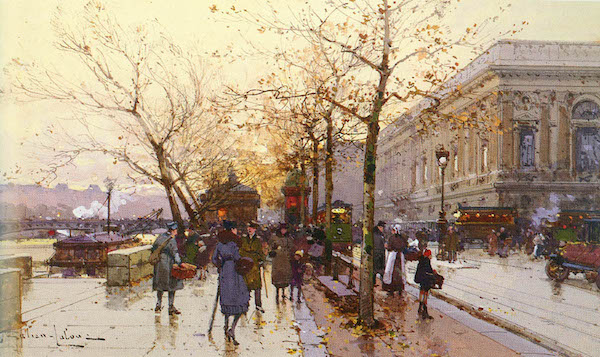 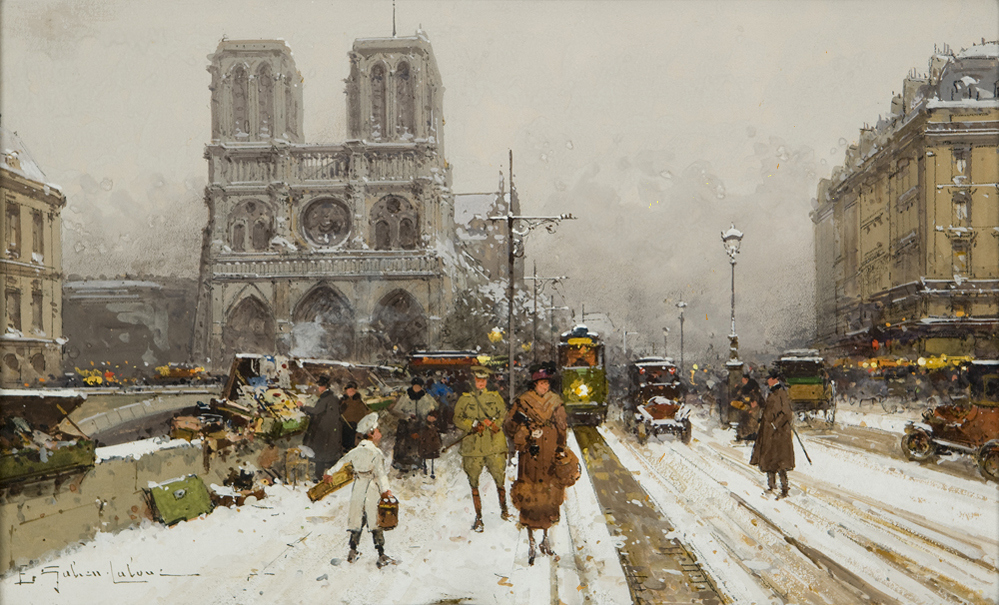 Notre-Dame sous la neige
Probably painted around 1916 -- the man in brown seems to be a British officer who really should be wearing his greatcoat. 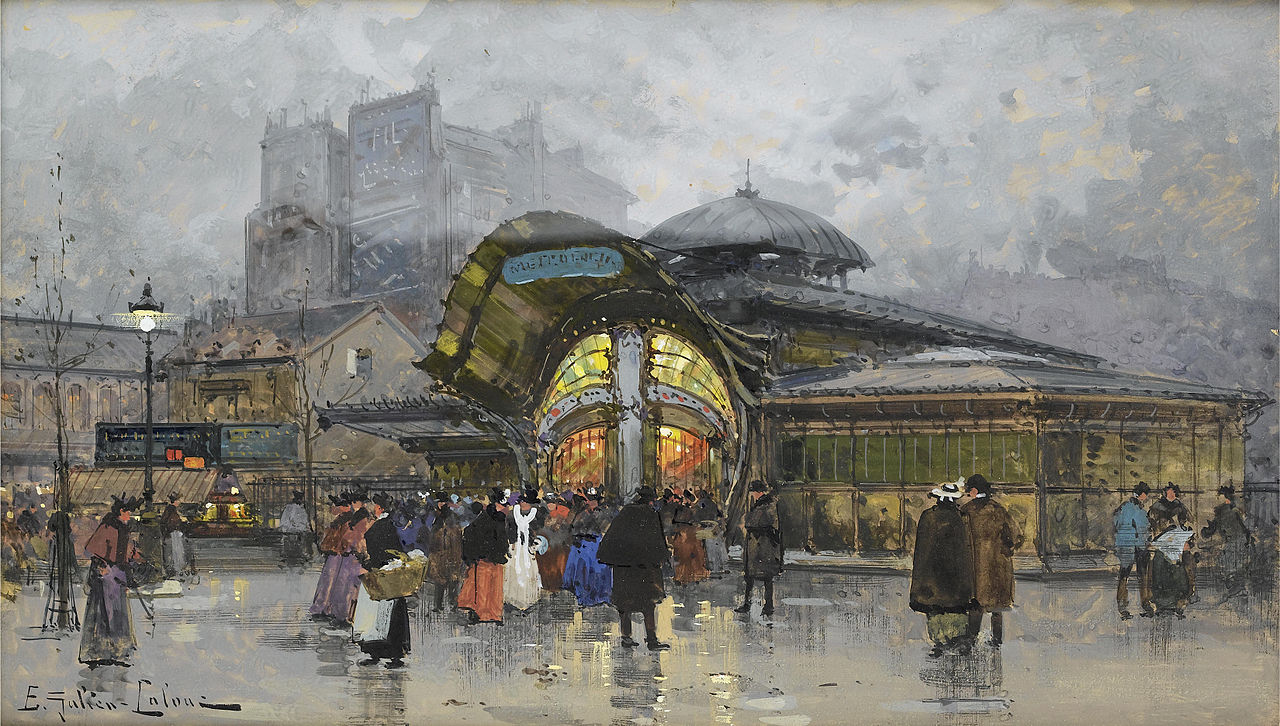 Les Halles
This area was destroyed and replaced by that horrible Centre Pompidou. 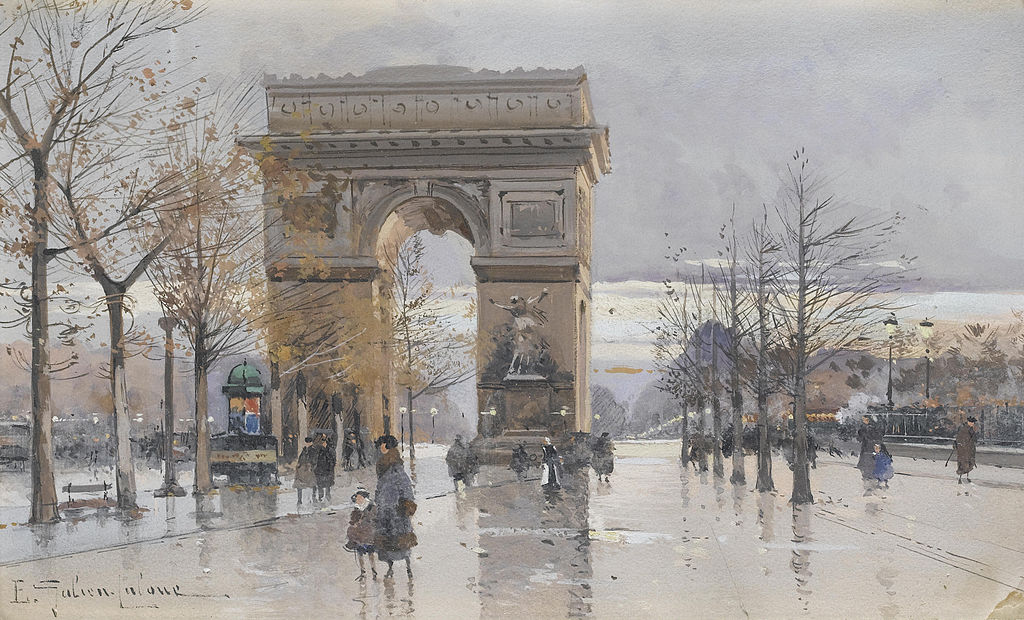 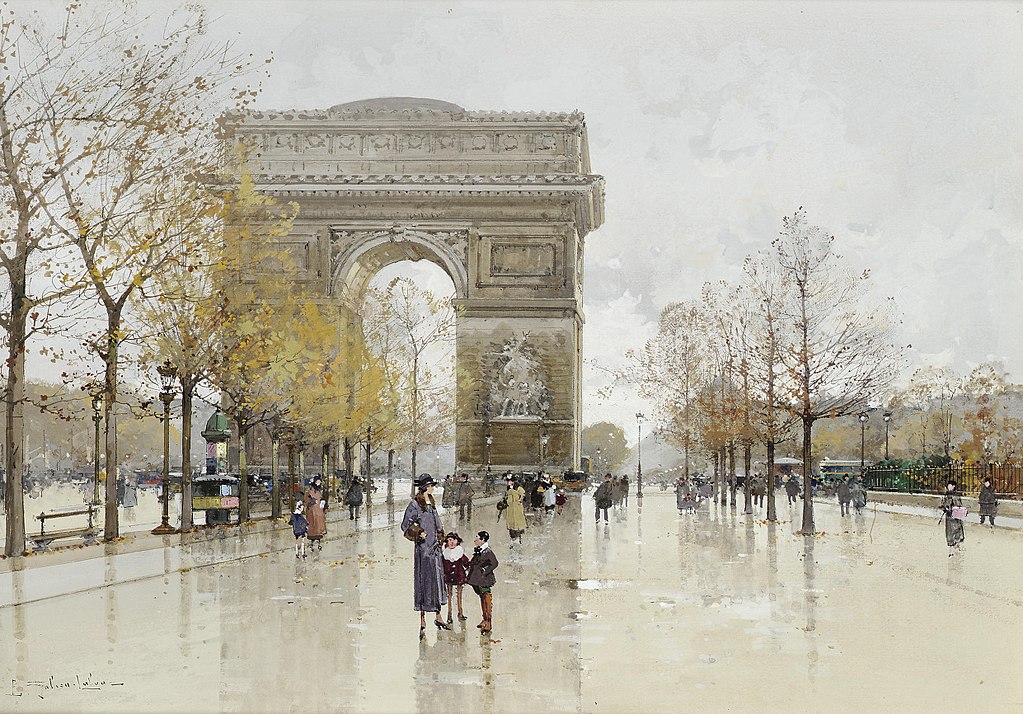 Arc de Triomphe (2)
Both painted from almost the same spot, but in different seasons.
Posted by Donald Pittenger at 1:00 AM