Actually, Peter Helck (1893-1988) illustrated other topics than early-1900s Vanderbilt Cup races and such, though many of his subjects did involve cars, trucks and other mechanical items. He had a successful career, being well known in his day.

Helck's brief Wikipedia entry is here, a website by his grandson is here, and more detailed information regarding his early-1920s work in Europe can be found here. He was born in New York City, studied at the Art Students League there, and around 1920 worked with and apparently studied under the great Frank Brangwyn. Helck was of military age at the time of the Great War, but I've found no information regarding if he served or was in Europe due in part to that. 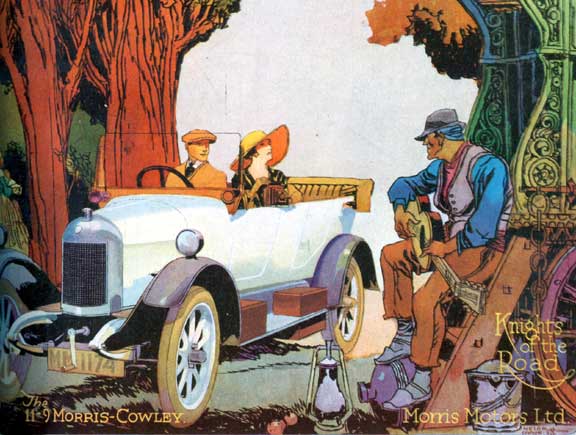 Morris Crowley cover advertisement (cropped) on a 1920 issue of the Autocar magazine (British car magazines used to have ads as their cover art). This has a hint of Brangwyn, I think. 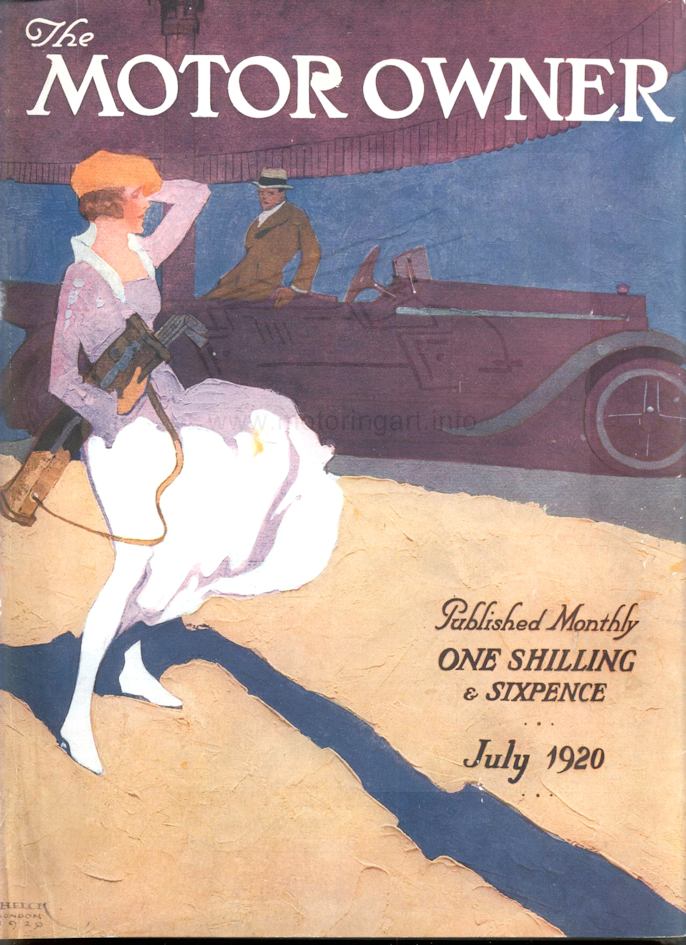 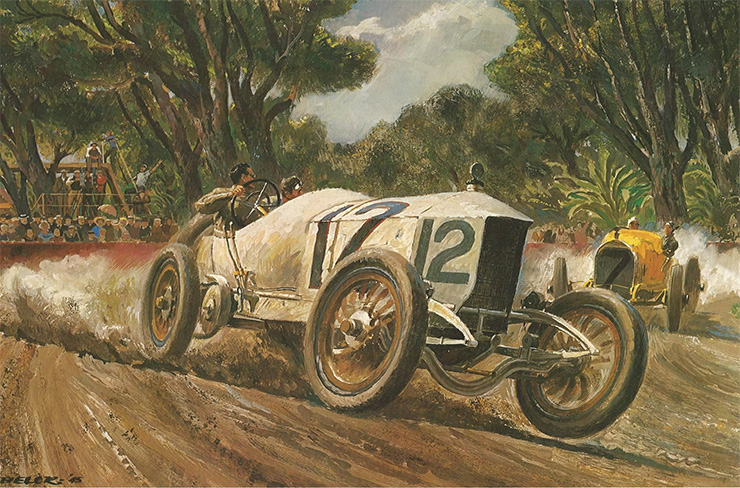 Scene from an early race (the Web source did not identify it). 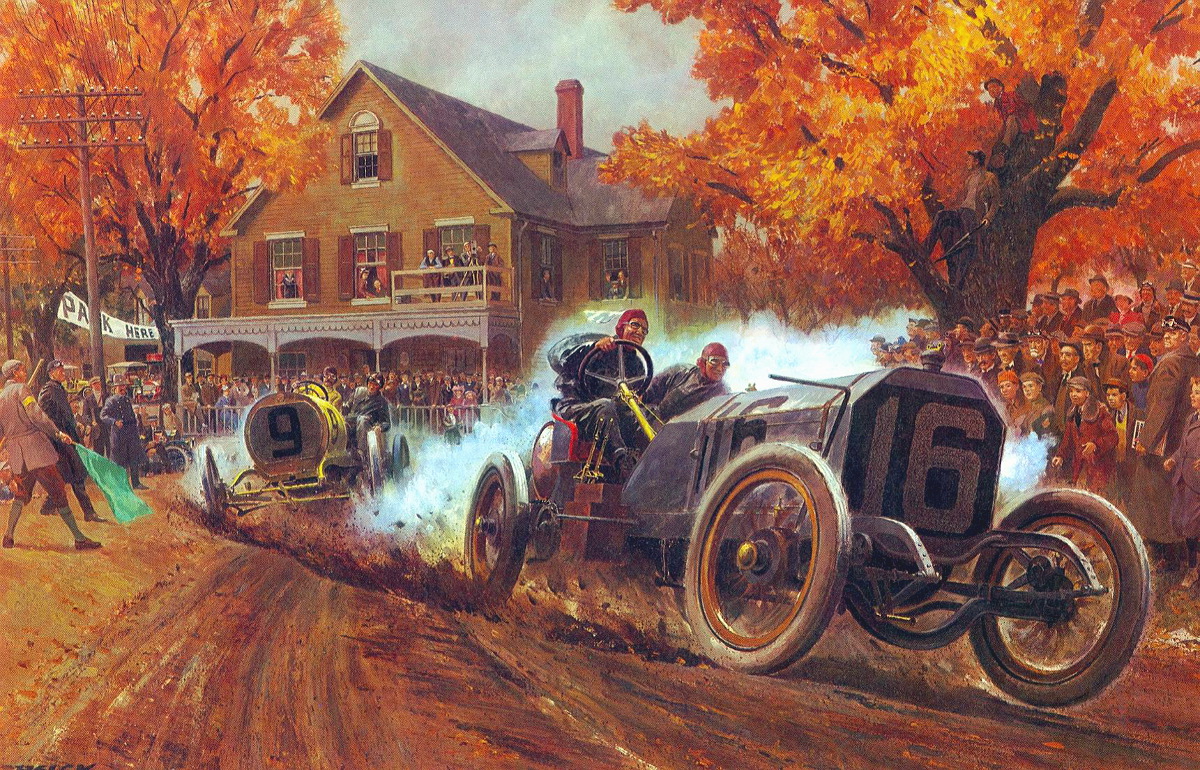 Scene from 1908 Vanderbilt Cup race. In both these illustrations Helck includes the leaning-forward appearance of the featured race cars that was typical of race photographs from the early 20th century.  That distortion had to do with the relationship between a speeding subject and the vertical (low to high) movement of the camera aperture. That is, the lower part of the moving car was captured first, the upper part slightly later after it had moved, and the between part was the transition while the aperture was moving. Helck knew all this, but thought it worth retaining for his portrayals of that era to provide a "period" feeling. 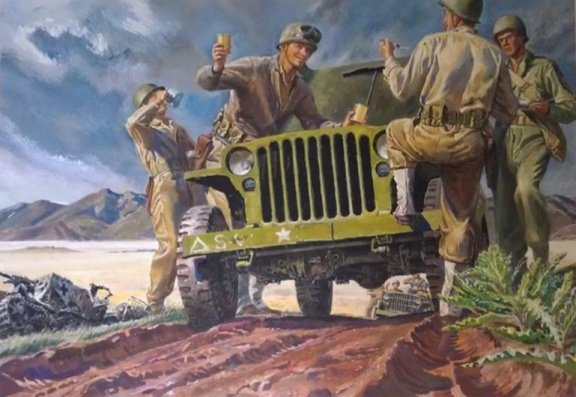 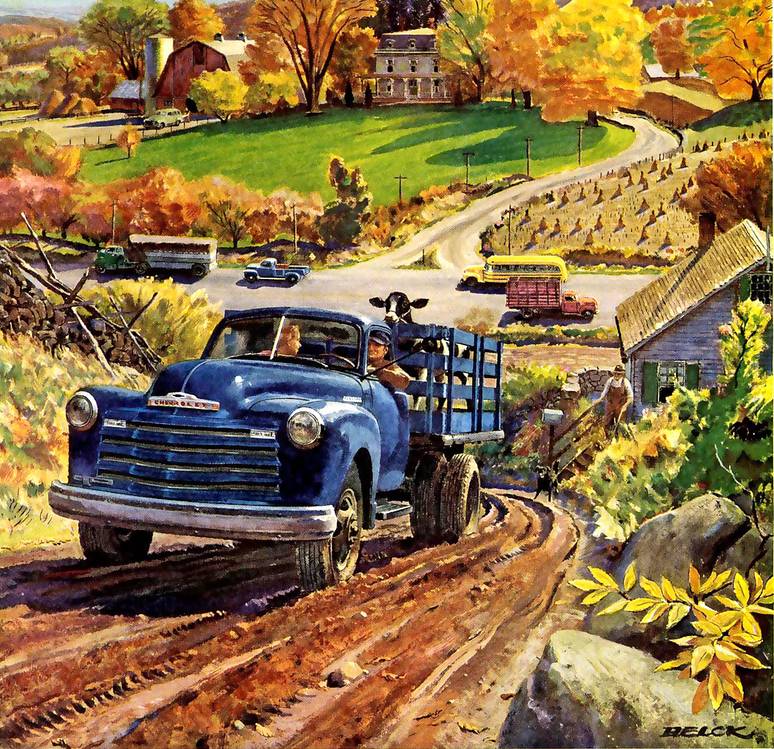 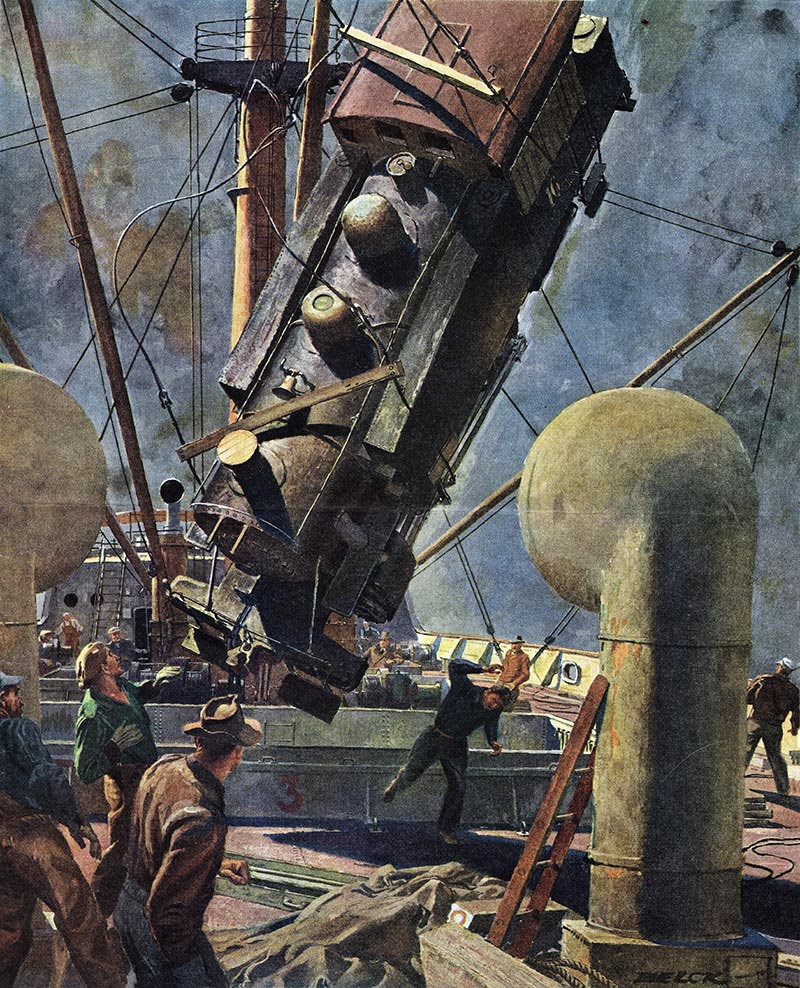 Story illustration of an accident while a locomotive was being loaded on a cargo ship. 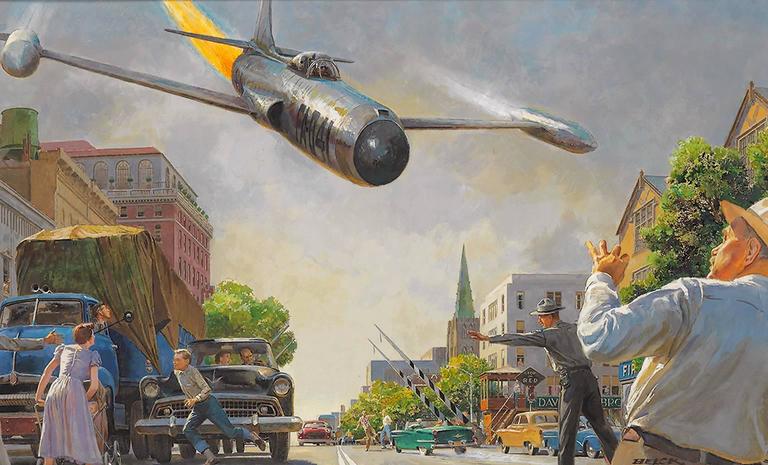 Story illustration with the caption "For a horrible instant Carter thought the jet was going to crash." - 1955.  Helck had to do some imaginative compositional work to provide drama while fitting the elements into the magazine's illustration hole.  In reality, that sort-of F-94 could not possibly avoid crashing if it were flying that low, that fast, and at that angle of attack. 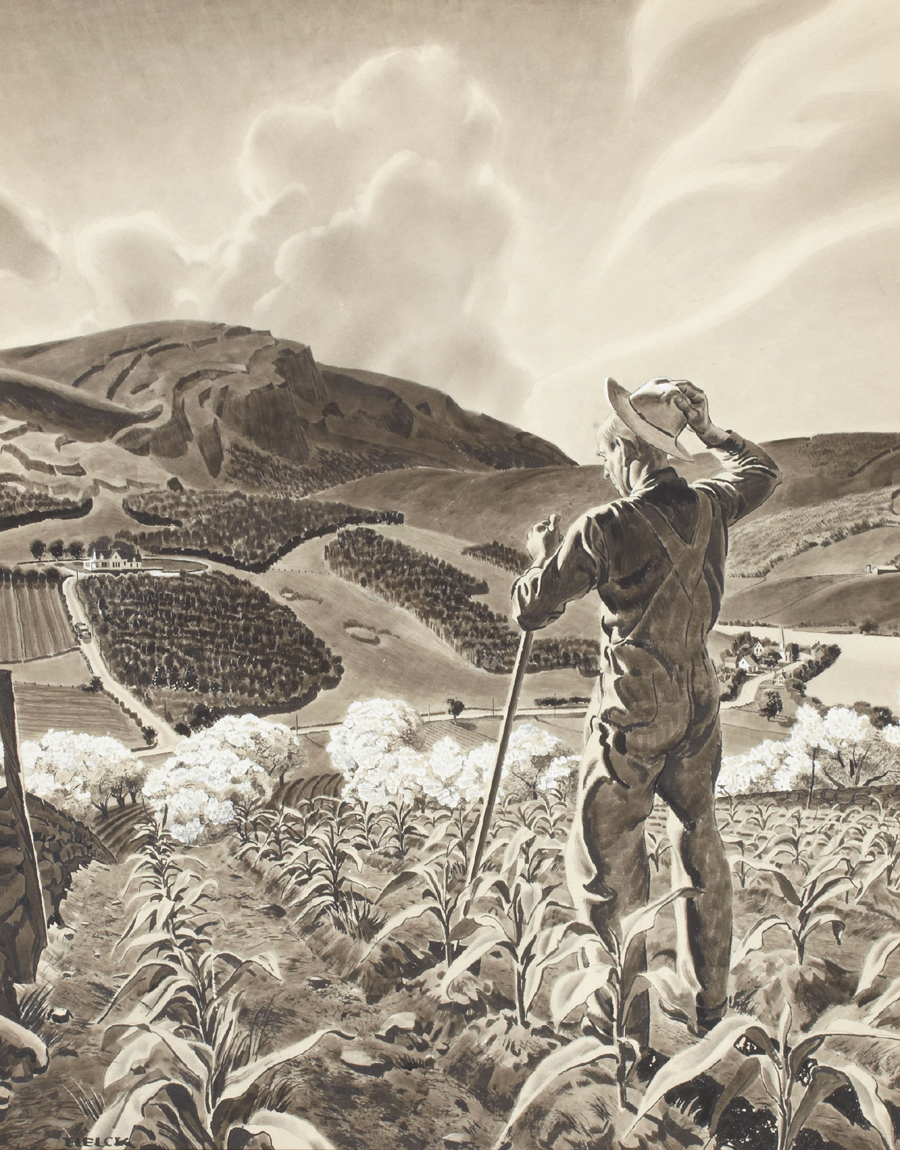 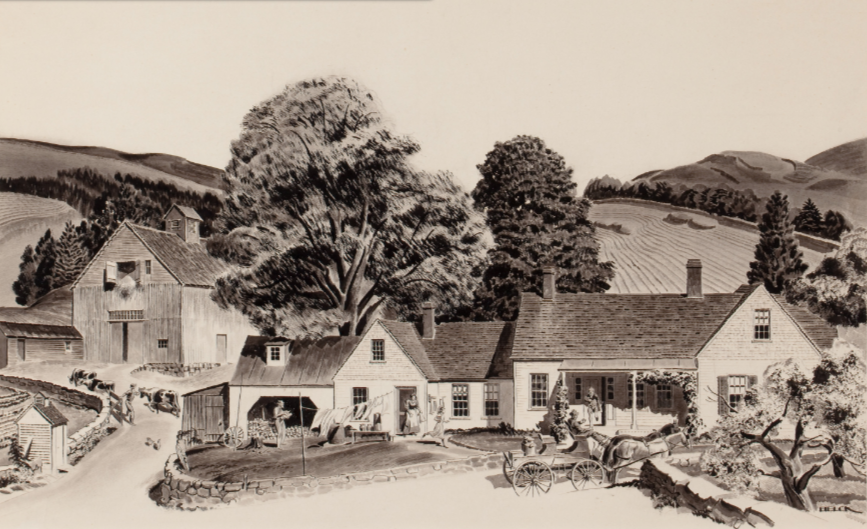 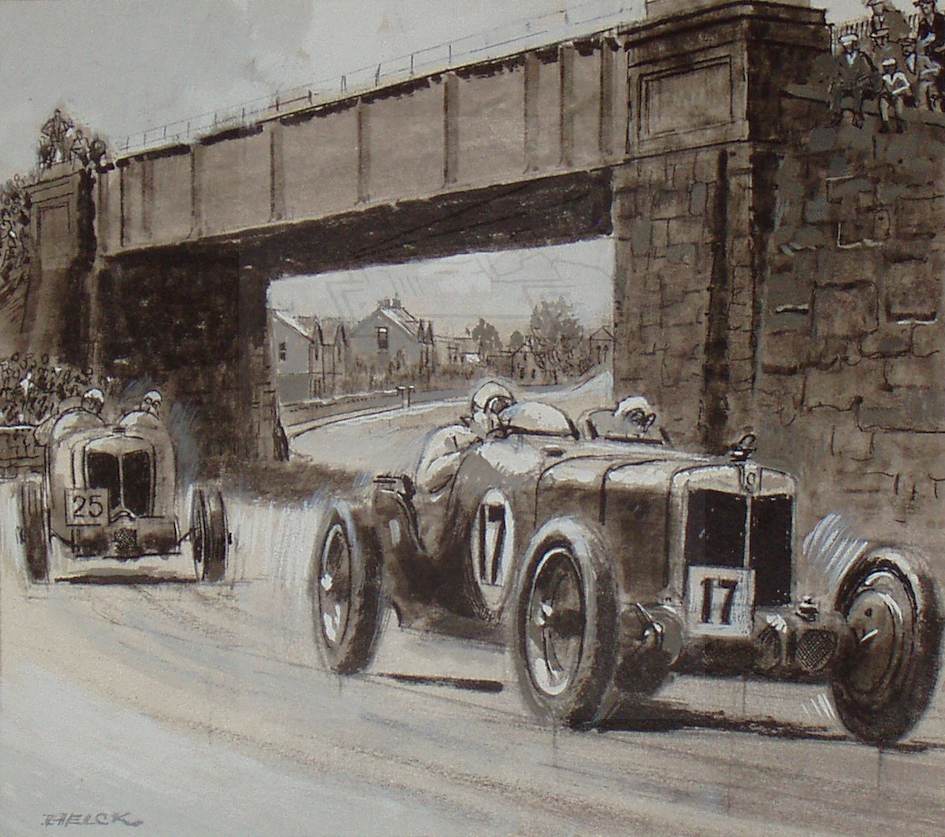 Study of scene from 1933 Tourist Trophy race held on the Isle of Man: Helck often signed his studies. 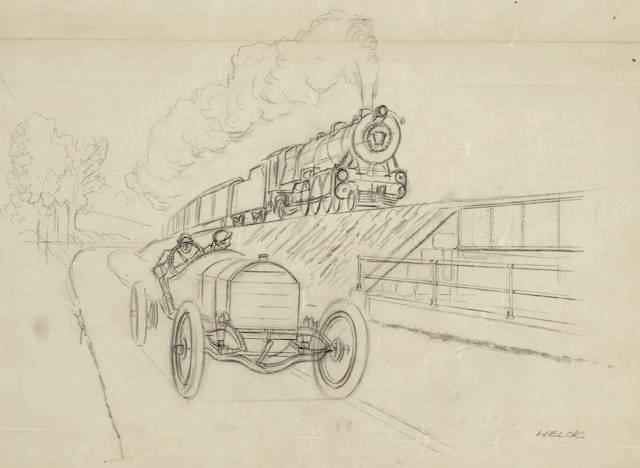 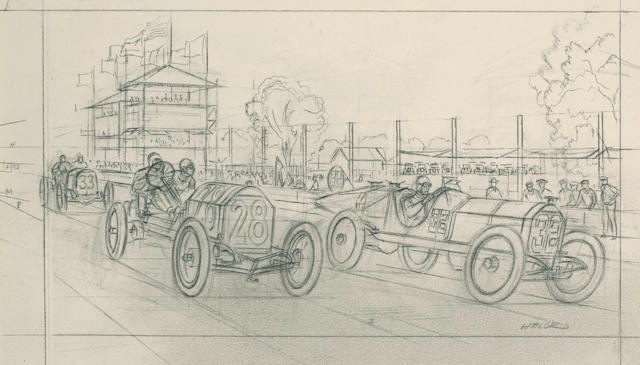 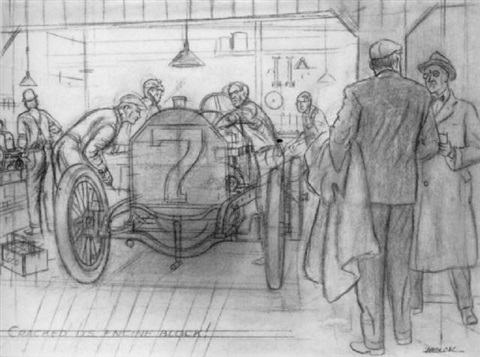 Three more studies.
Posted by Donald Pittenger at 1:00 AM

Deco was perfectly set up to handle cars, trains, planes and every other powerful, moving motorised machine, yes!! I love the 1920 magazine cover, especially since it was so early in the Deco era.