Edwin Davenport: An Illustrator Whose Career Seemed to Peak Around 1927

Biographical information for the illustrator Edmund Davenport must be someplace, but I can't seem to find it by Googling. Nor can I find it in my personal collection of books about illustration.

All I know for sure at this point is that most of the internet images of his work date from 1925-1928. These works include some Saturday Evening Post covers, so Davenport briefly was hitting the big time.

Besides the Post, he did covers for other magazines and advertising art for Stutz automobiles and Syracuse China (the latter not shown below).

Here are most of the examples of his work that I could find. 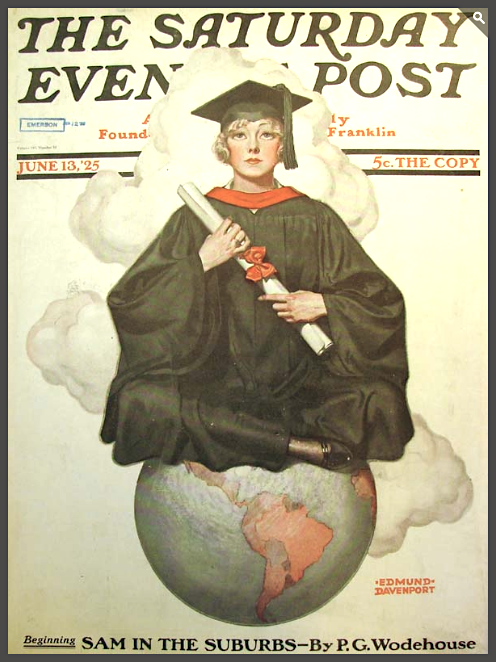 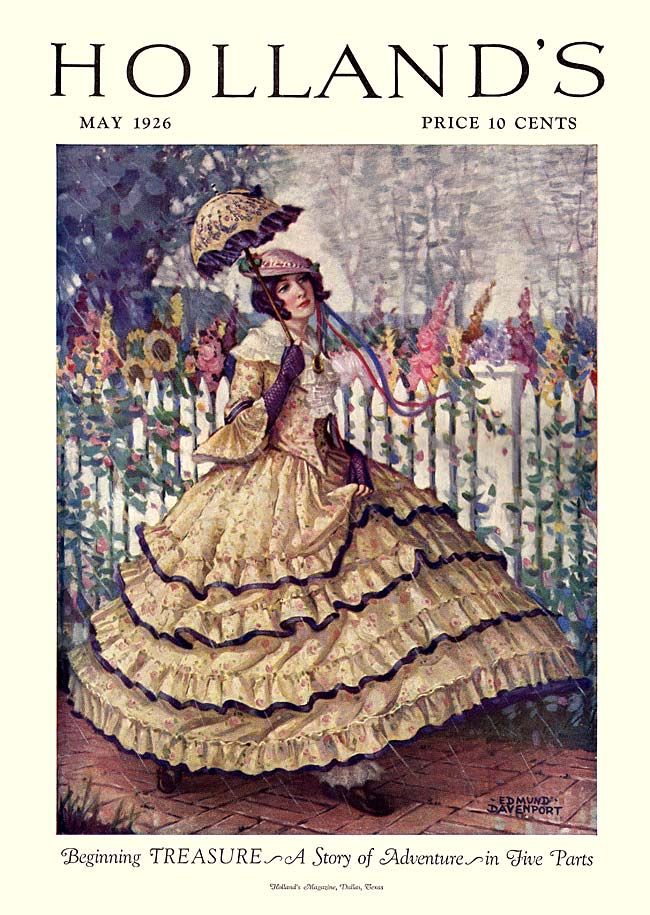 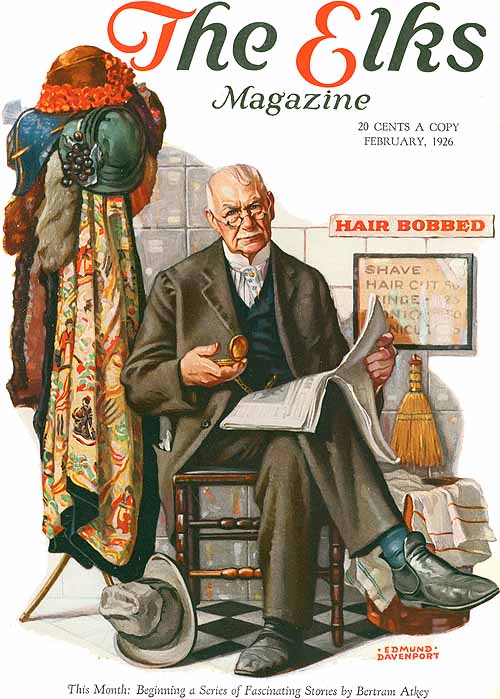 The Elks Magazine cover - February 1926
The Elks are an American fraternal organization. 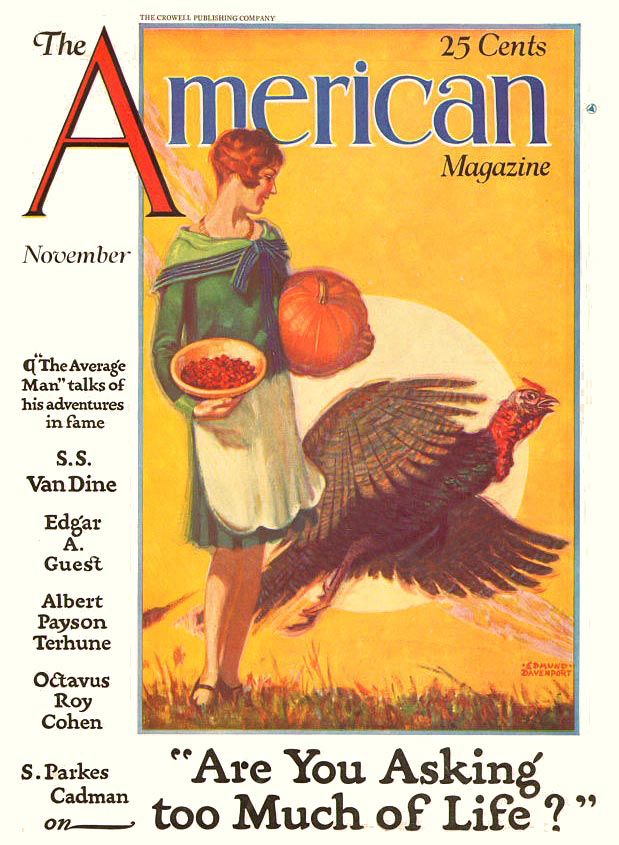 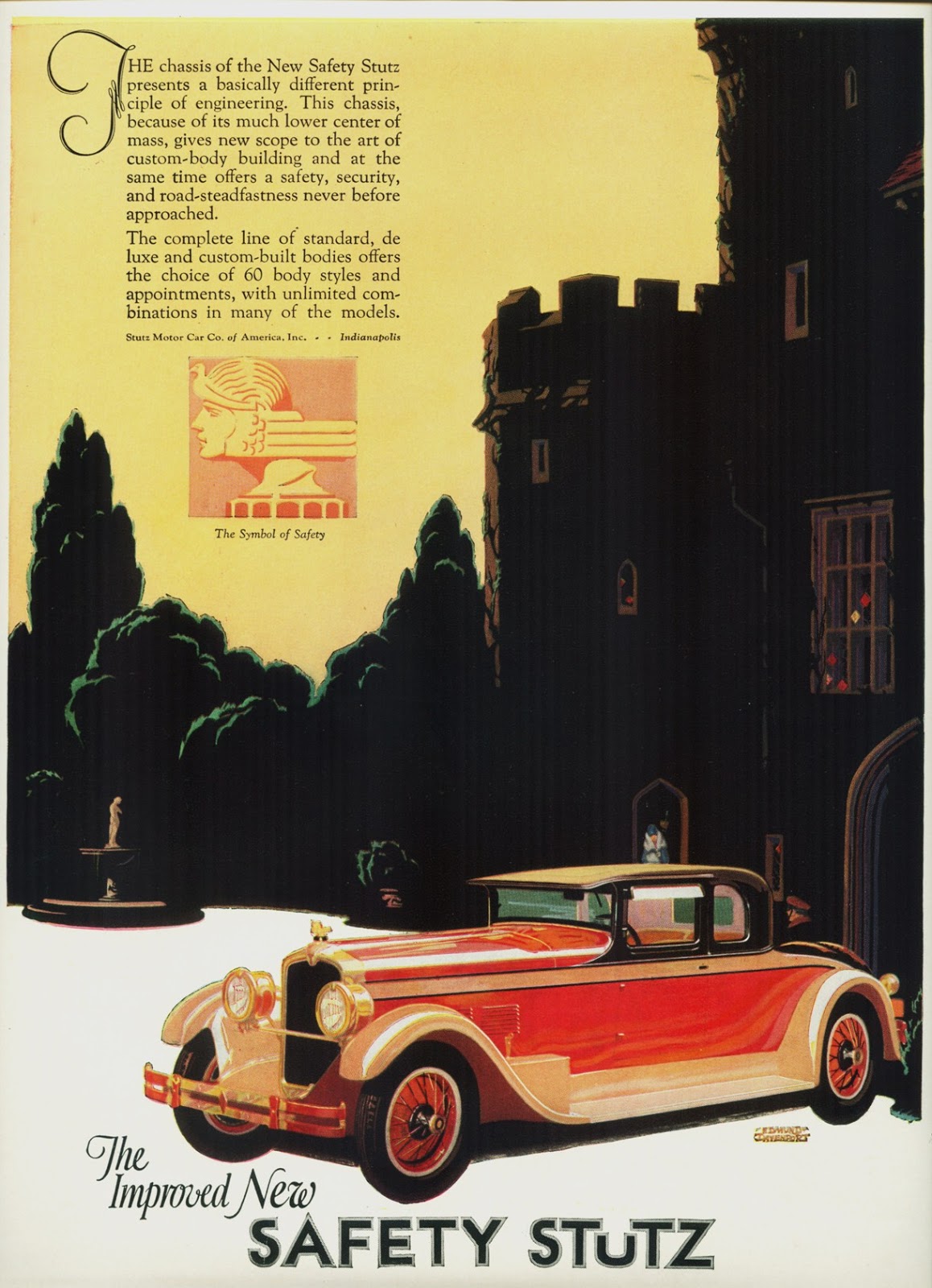 Stutz advertisement - 1927
This advertisement and the ones below feature simplified backgrounds and contra-jour shading that serve to set off the images of the cars. 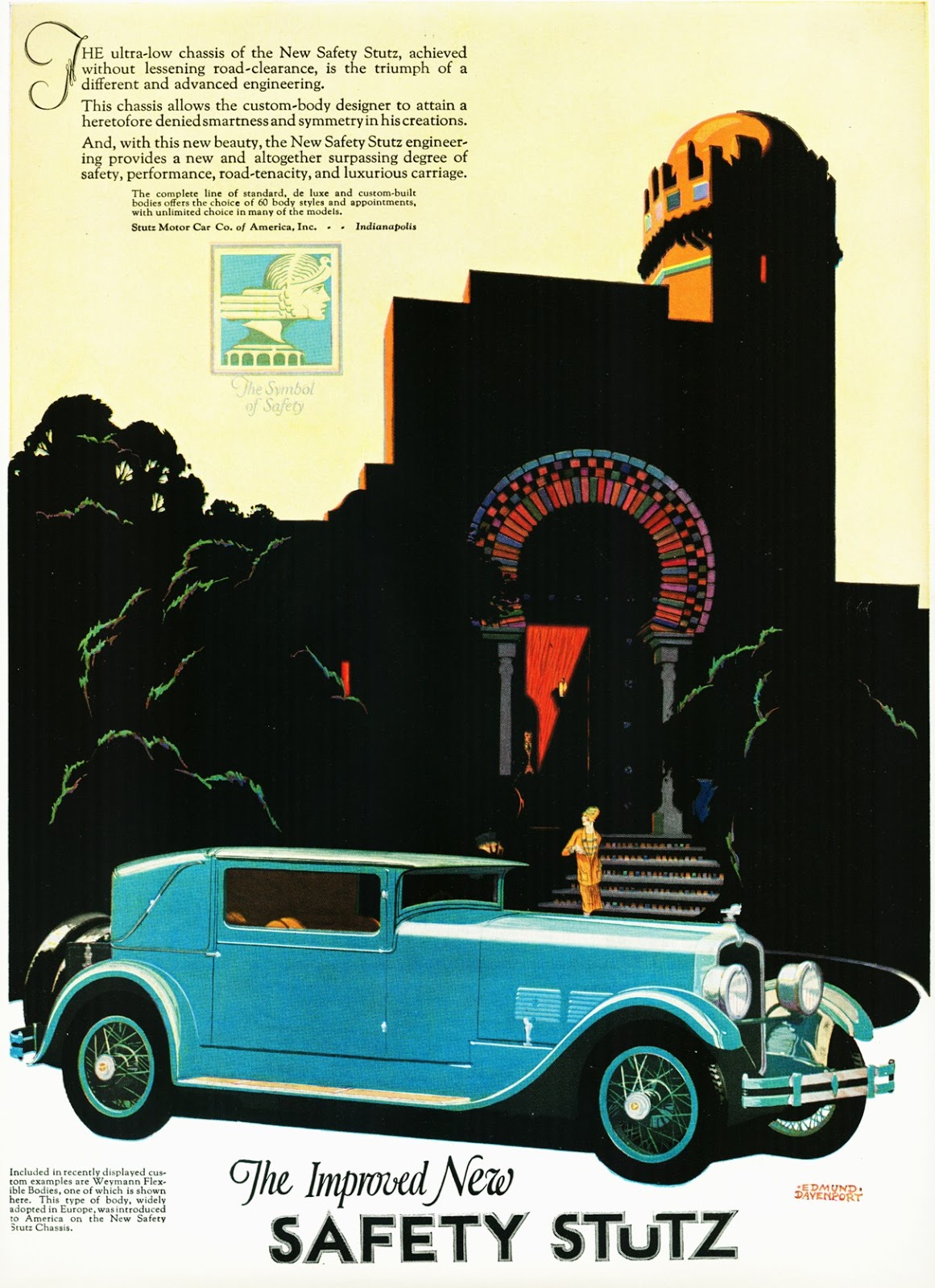 Stutz advertisement - 1927
Stutz is best remembered for its Stutz Bearcat sports cars from the 1910s. 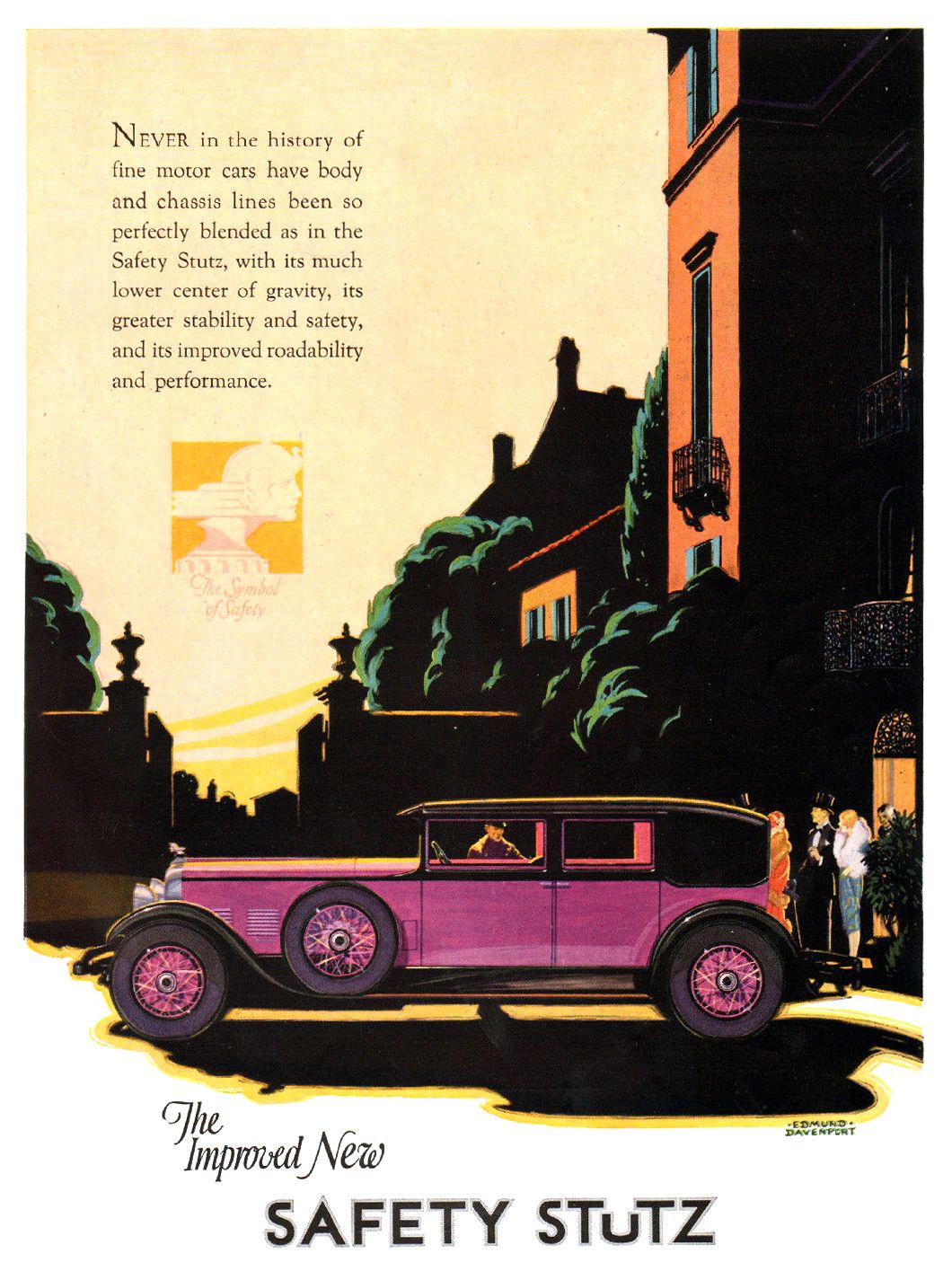 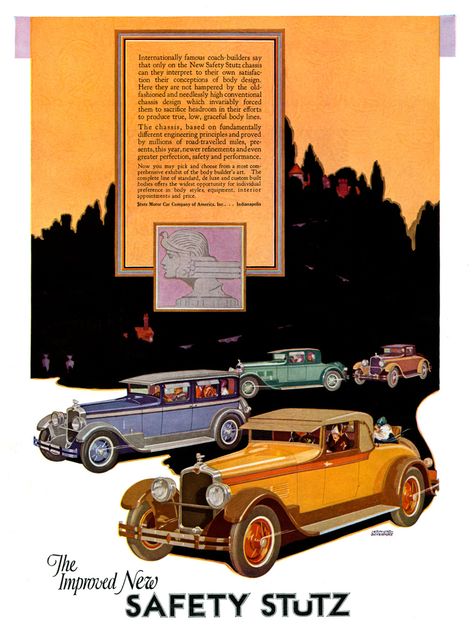 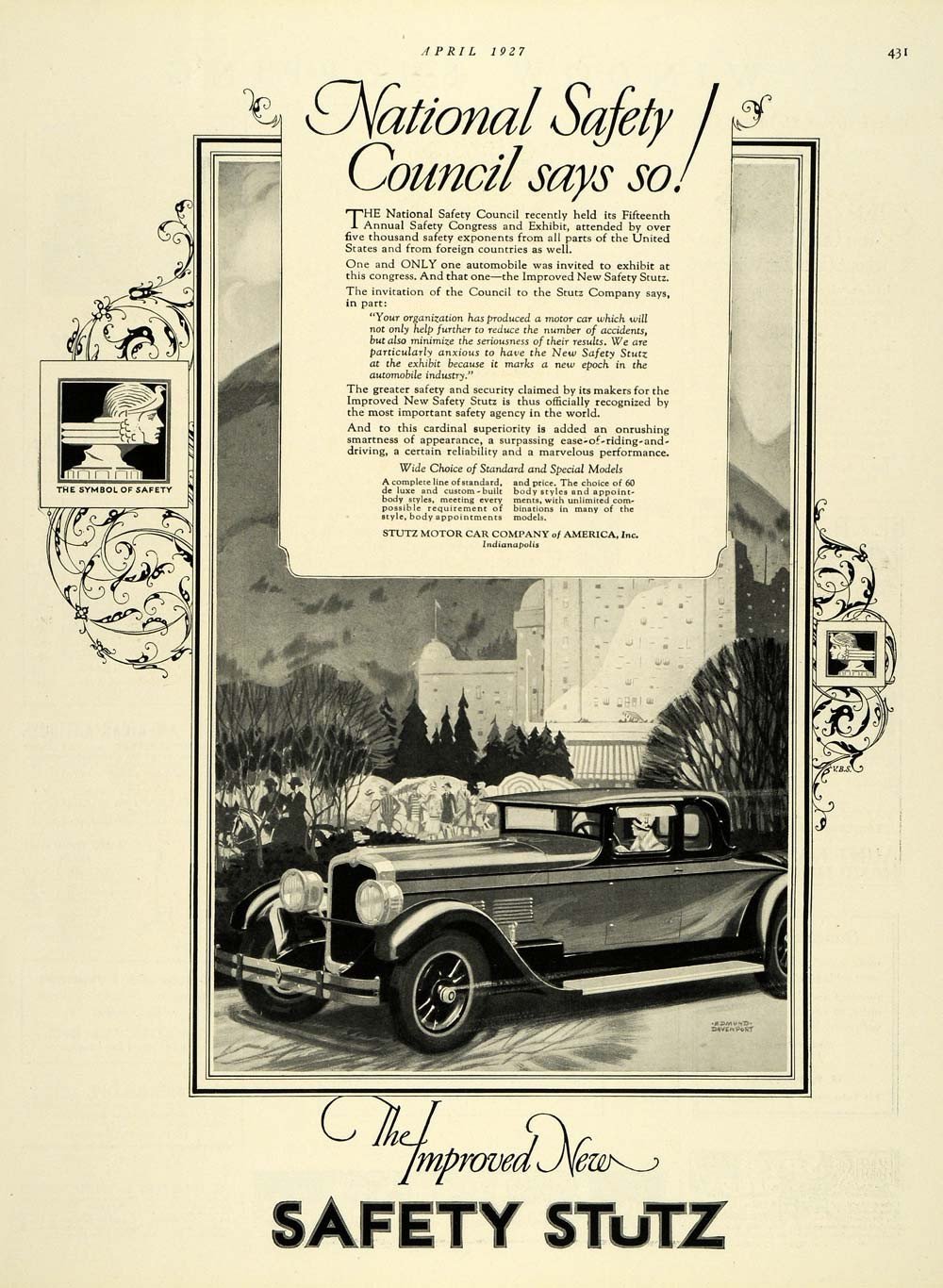 Stutz advertisement - 1927
A black & white ad, but the artwork might have been done in color like the ones shown above (though the contra-jour is missing, suggesting it was done in b&w) .