Fashions and Automobiles by Leslie Saalburg

Leslie Saalburg (1897-1974) was highly successful for most of his long illustration career. This despite the fact that his style changed little -- often the cause of a career foundering when illustration style fashions changed. Some of this had to do with timing. His use of India Ink pen outlining and watercolor or perhaps colored ink washes to fill areas was in line with 1920s fashion illustration styles and also the general illustration shift from heavy oil paints to washes during the 1930s. By the 1950s Saalburg thickened his washes for some of his work as a slight concession to later style trends, but the results remained easily identifiable as his work.

Although many Saalburg illustrations can be found on the Internet, biographical information is sparse. One site with a good deal of information regarding his work and working practices is here, though it has little about his personal life. For what it's worth, I can add that, although he was American, he was born in London and died in Paris -- fitting places given the scenes he usually portrayed.

An illustrator a decade older than Saalburg who had a similar career with regard to style and subject matter was Lawrence Fellows (1885-1964) who I wrote about here.

Below are some examples of Saalburg's work. 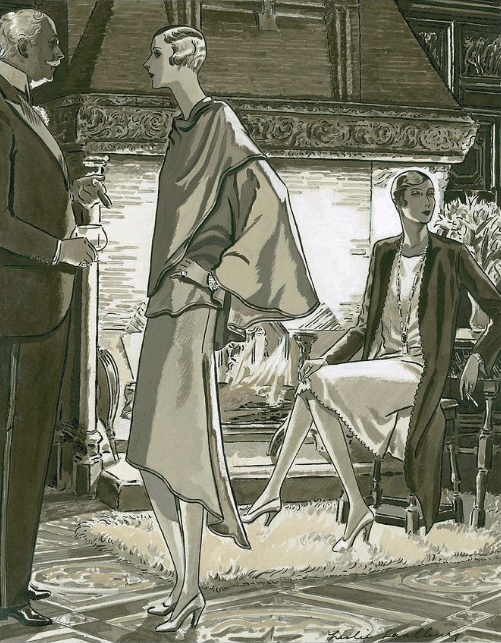 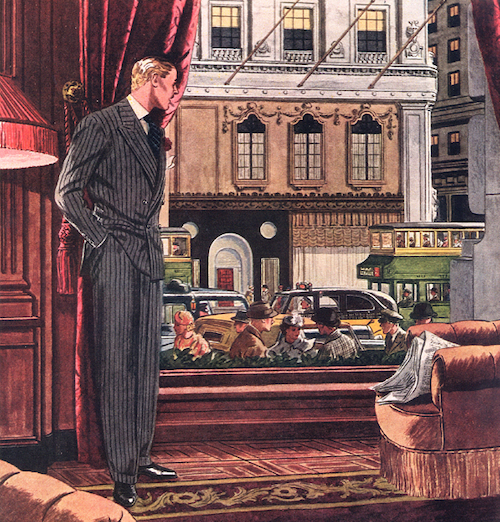 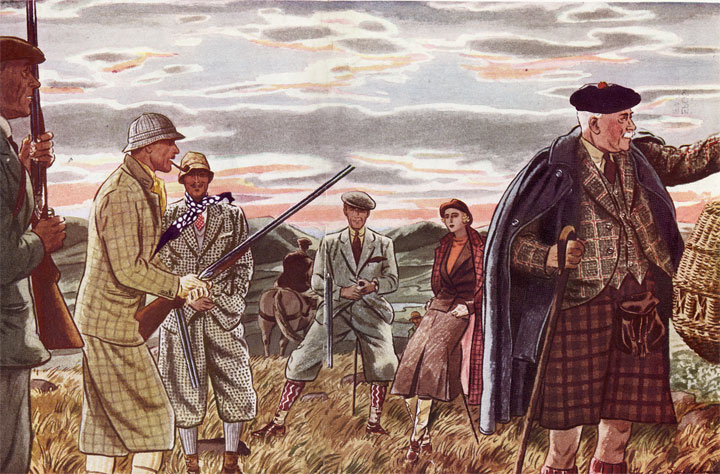 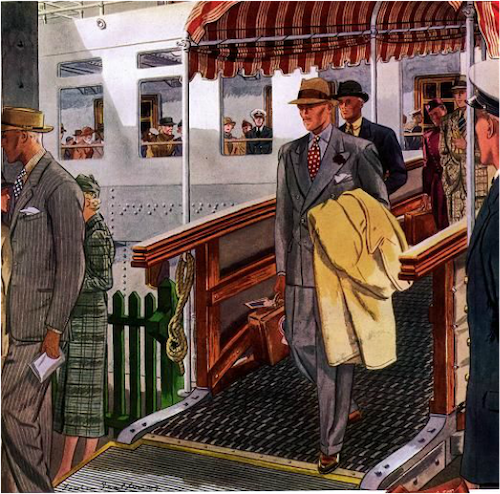 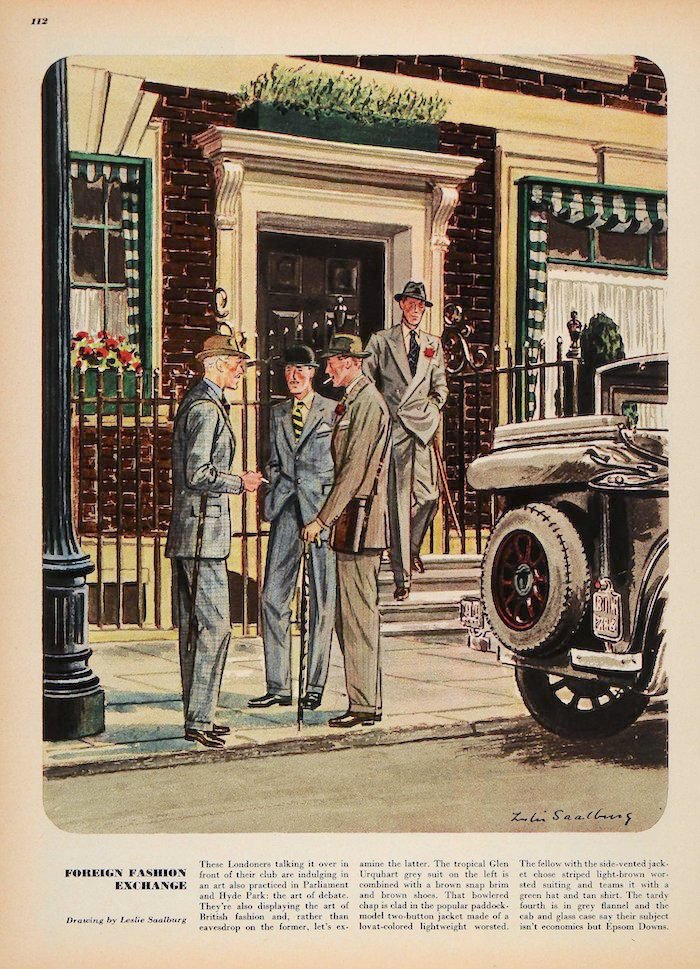 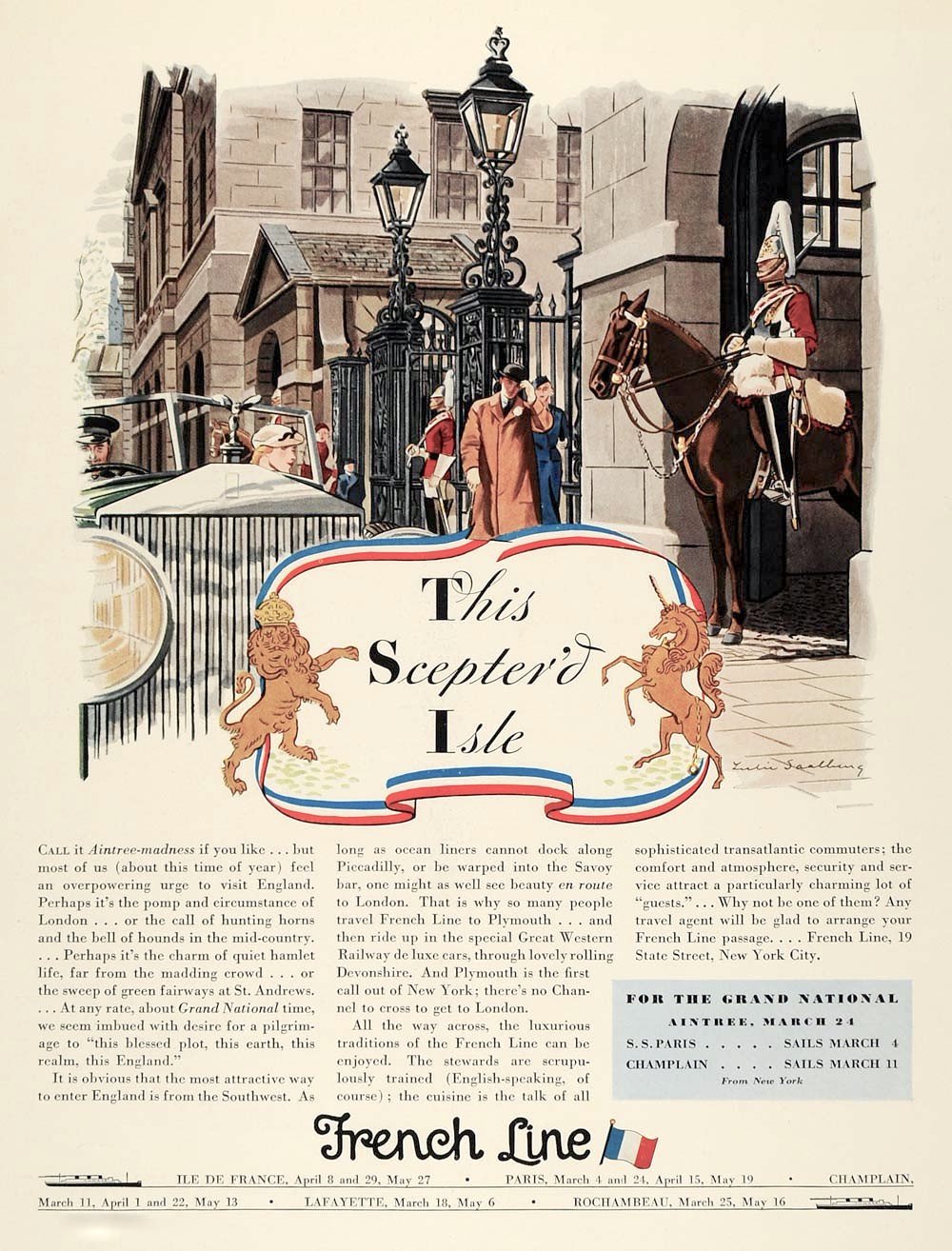 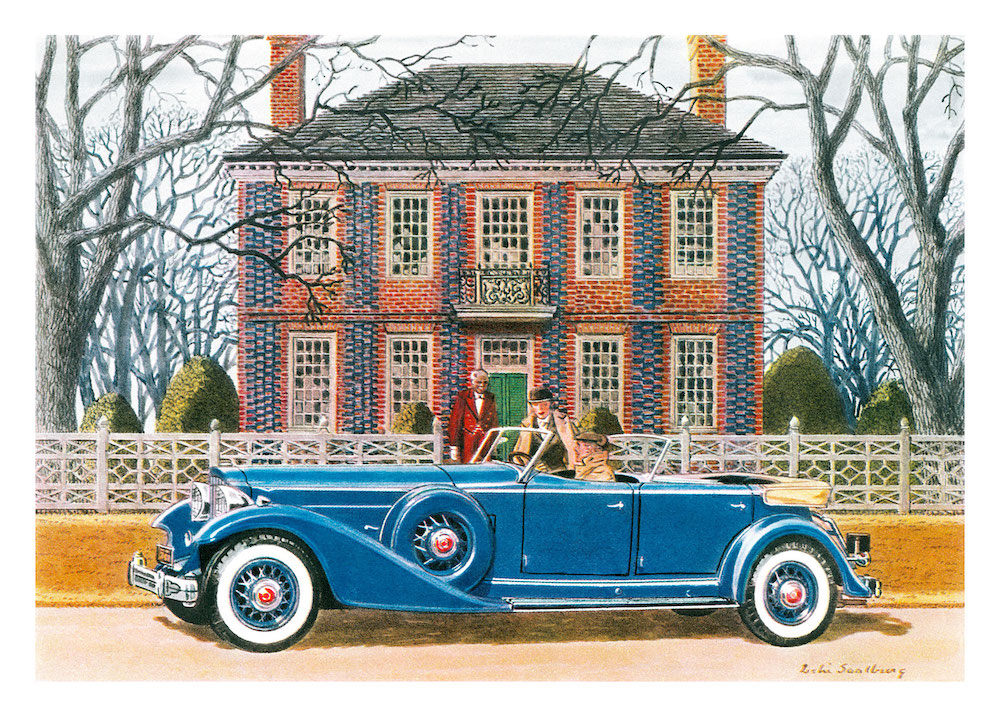 Saalburg also made many illustrations for series dealing with classic automobiles. Shown here is a 1933 Packard Dual-Cowl Phaeton. 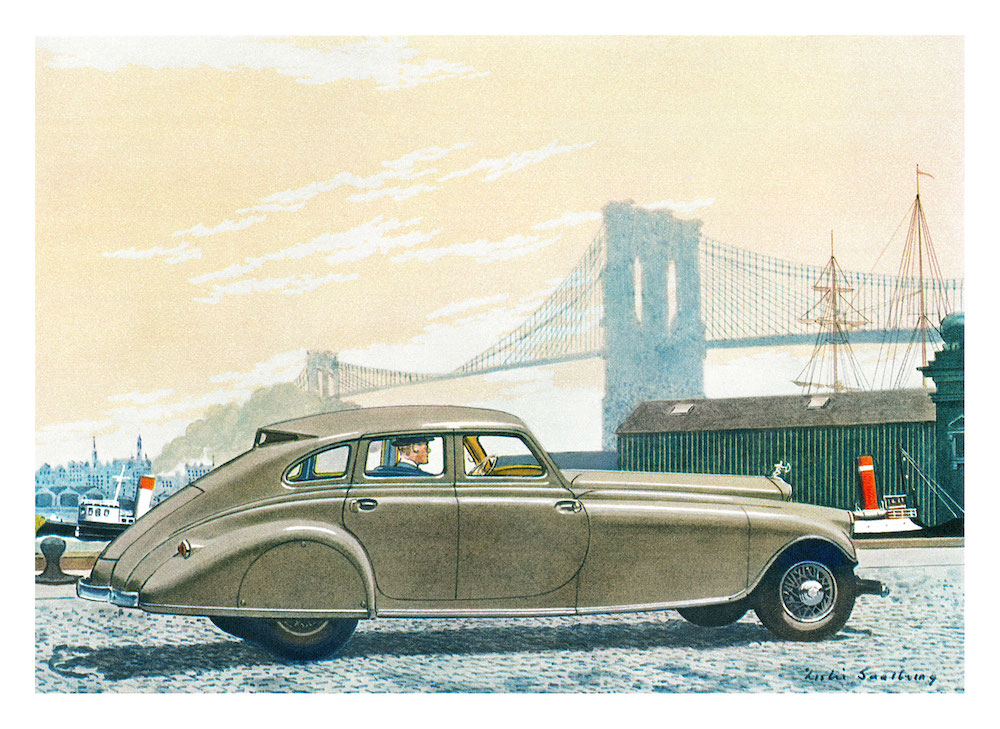 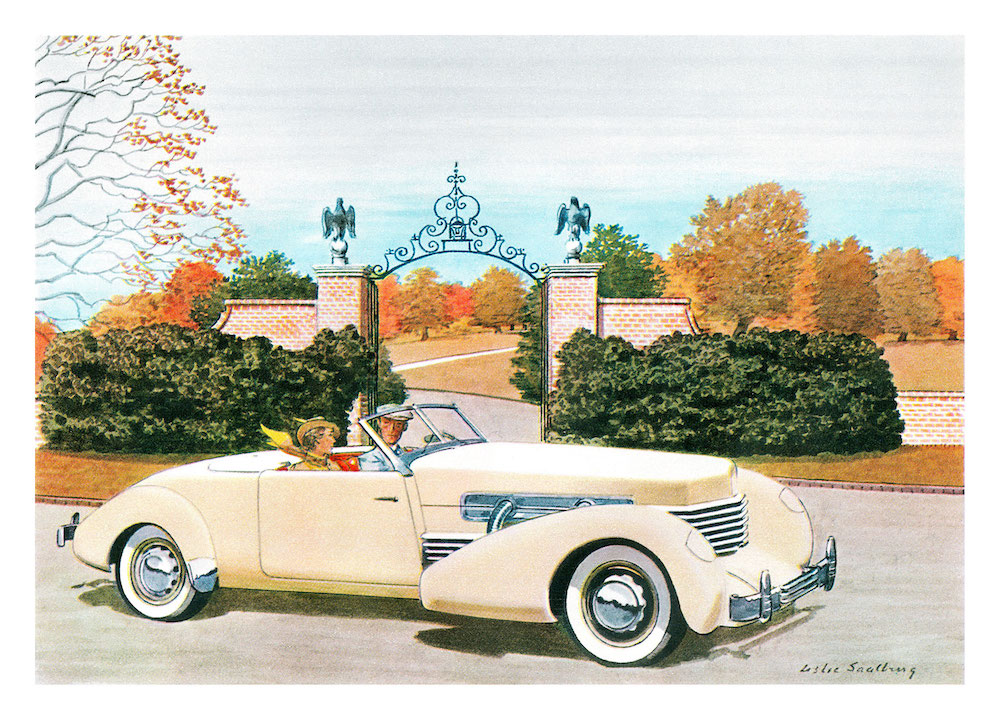 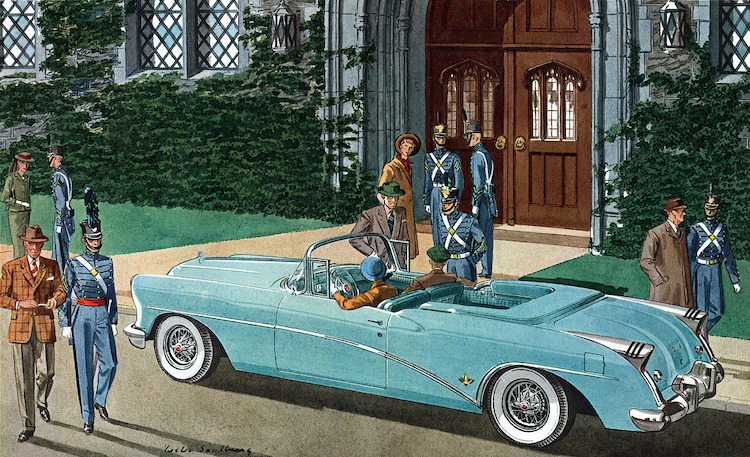 1954 Buick Skylark pictured at West Point.
Posted by Donald Pittenger at 1:00 AM