I wrote about the Cornish, New Hampshire art colony home of sculptor Augustus Saint-Gaudens (1848-1907) in the previous post. His grounds are now held by the National Park Service. It's a little out of the way, but doable if you are also visiting the Dartmouth College area.

I'm not a sculptor, so can offer little commentary on the photos below that I took in September. Click on images to enlarge.

Here is his studio, a large building a short distance from the house. The left-hand two thirds of the building is a large studio now displaying small examples of his work. On the side opposite, facing towards the northeast are large windows, mounted high. 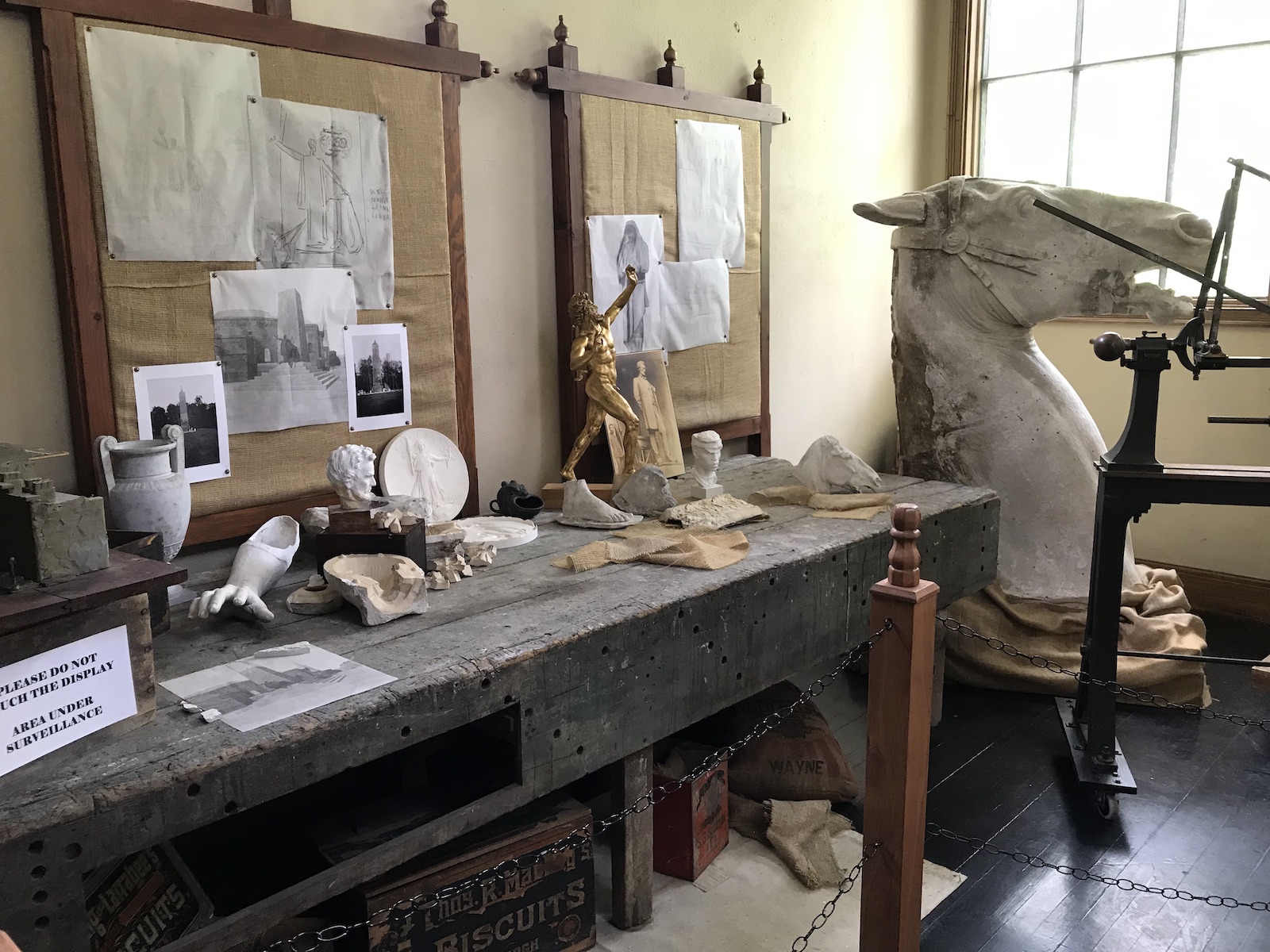 This part of the building seems to have been used for preliminary studies. 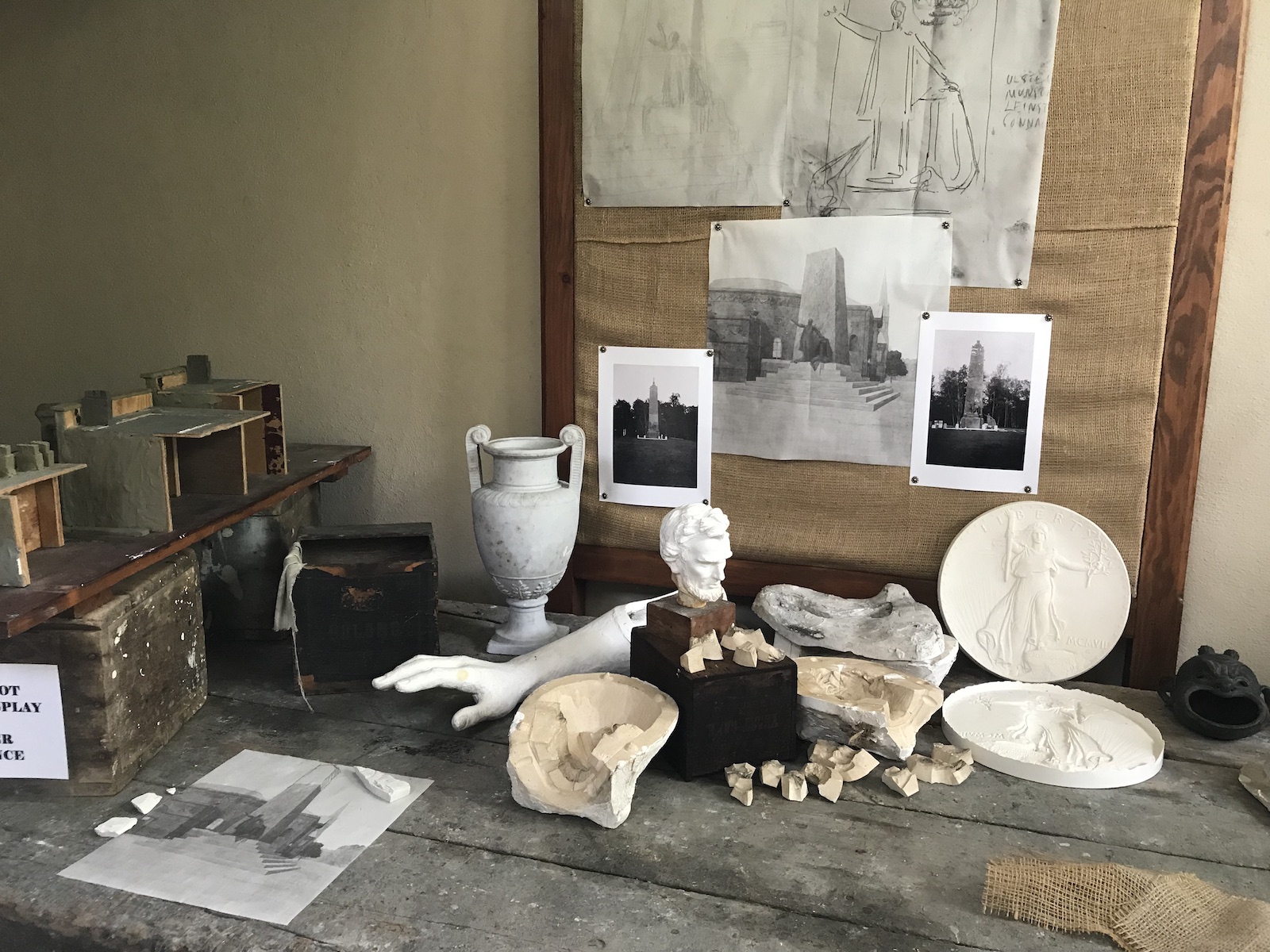 Panning slightly to the left of the previous image. The objects displayed might not have been typical of what was actually going on while Saint-Gaudens was working here, though I can't rule out curators having photographic evidence. 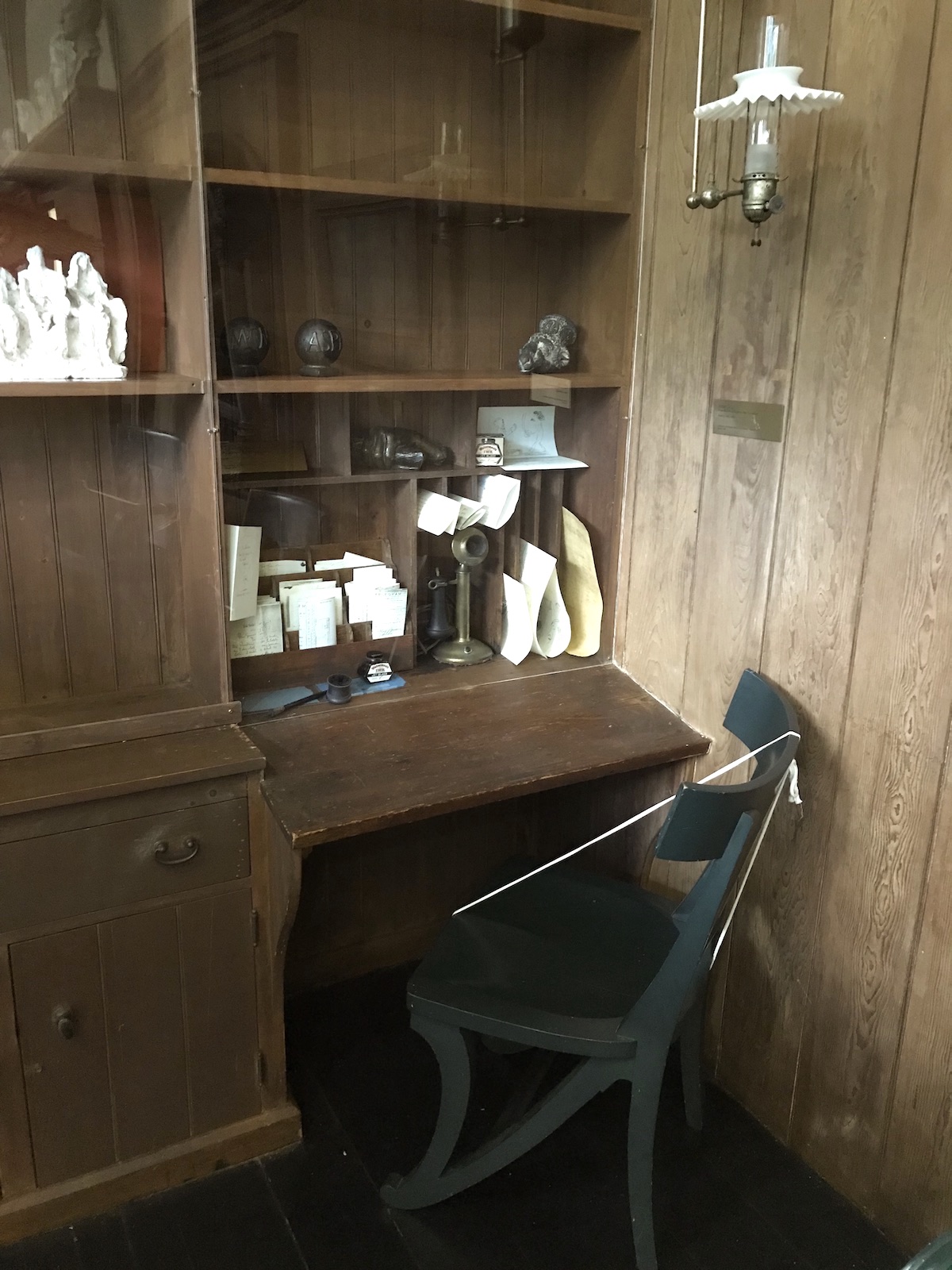 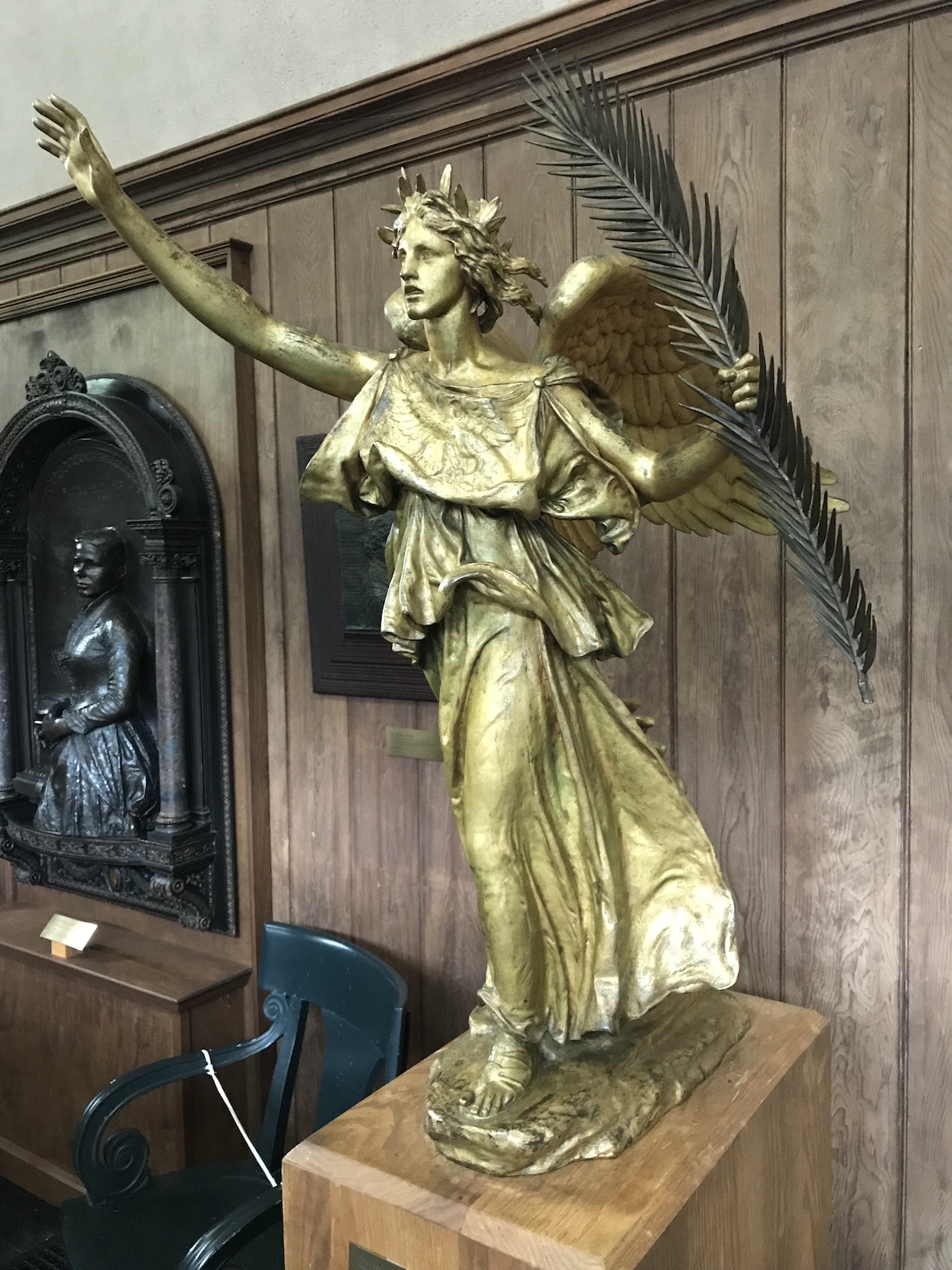 Study of figure for the Sherman statue ensemble at the Plaza corner of New York City's Central Park.

The Precision Museum in Windsor VT is very close to this, and Marsh Billings Rockefeller National Historical Park is not too far away as well.