Jacques-Émile Blanche (1861-1942) was a painter, musician and writer whose paintings were mostly portraits of wealthy people with some connection to the arts. His English Wikipedia entry is here, his French entry is here, and a take on the considerable time he spent in England is here.

Blanche's artistic training was brief, but he had enough talent and social connections to become successful. He lacked a consistent, distinct style. I rate him a solid step below the most famous portraitists of his day.

The images below are in approximate, not necessarily exact, chronological order. I hope they provide a sense of Blanche's stylistic evolution over his career. 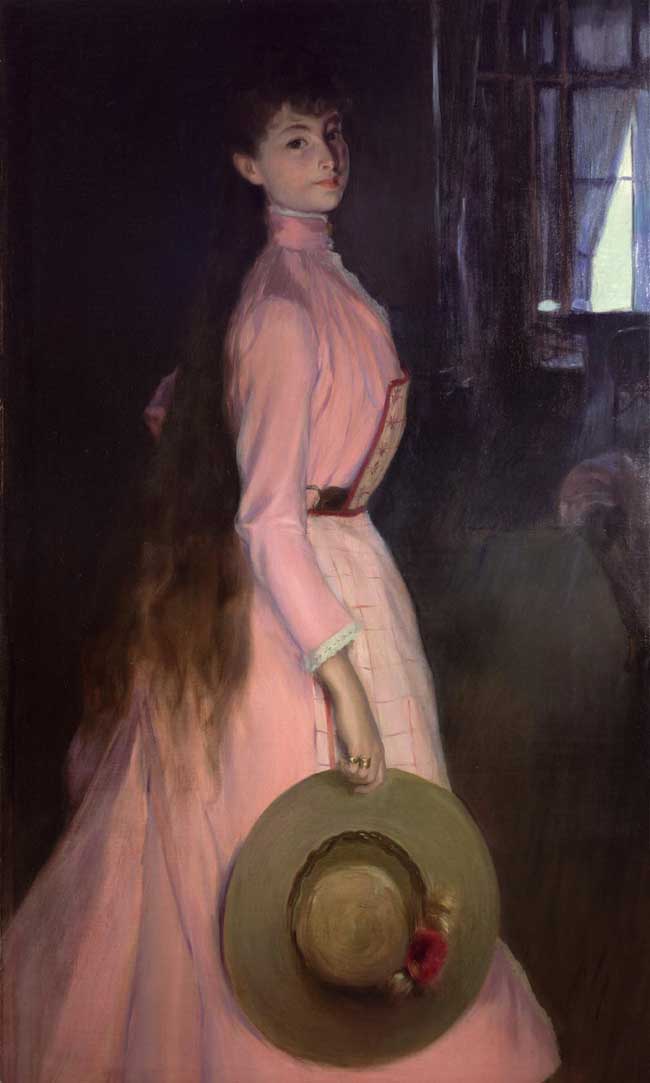 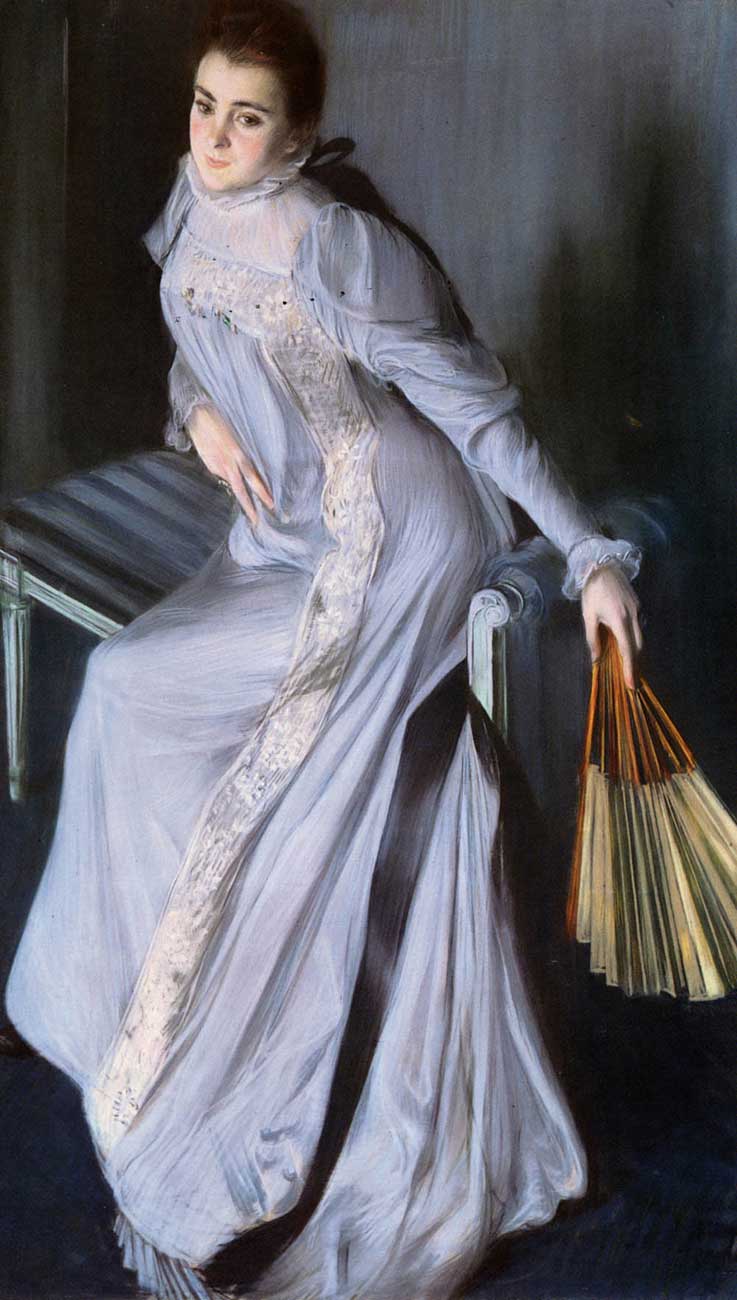 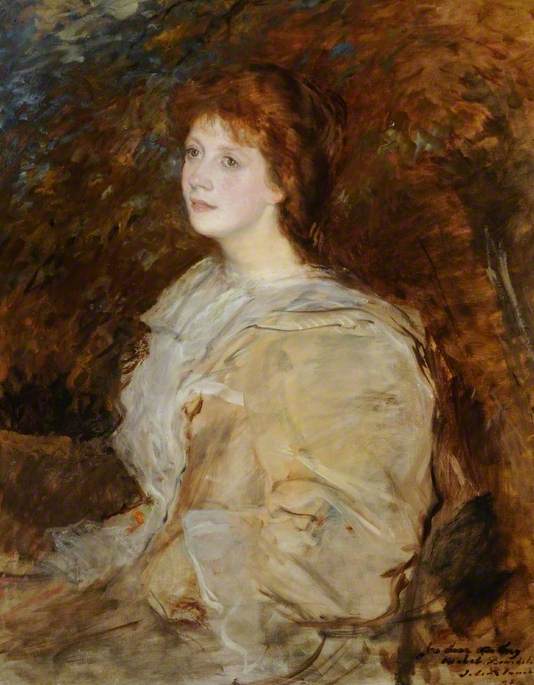 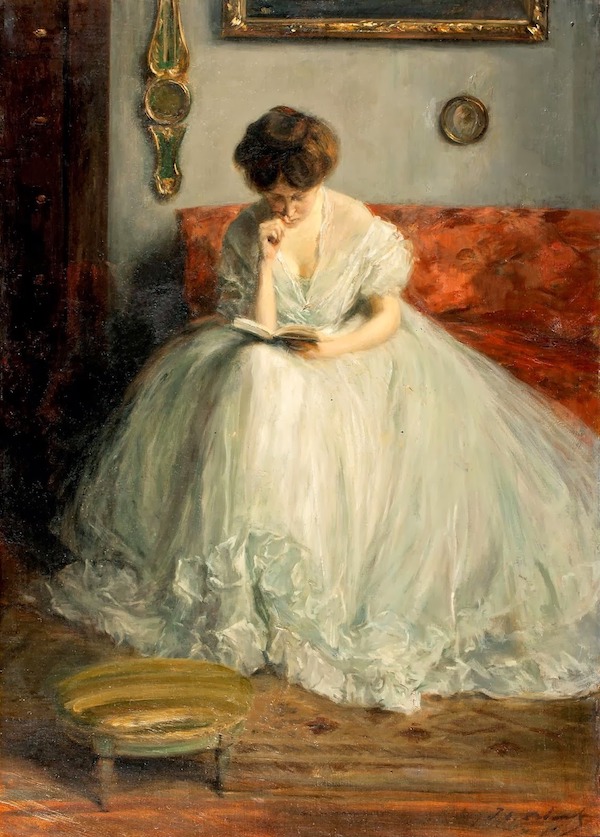 Portrait de Lucie lisant un livre
I do not know who Lucie was. 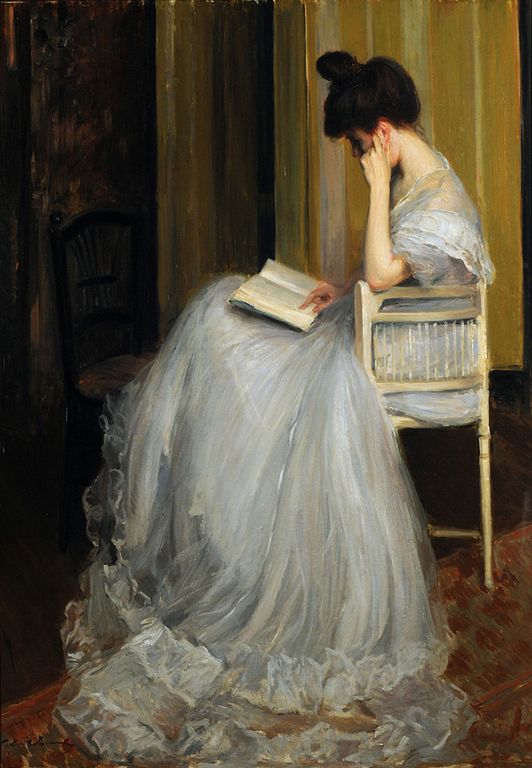 Femme lisant
Another version of the pose -- is this also Lucie? 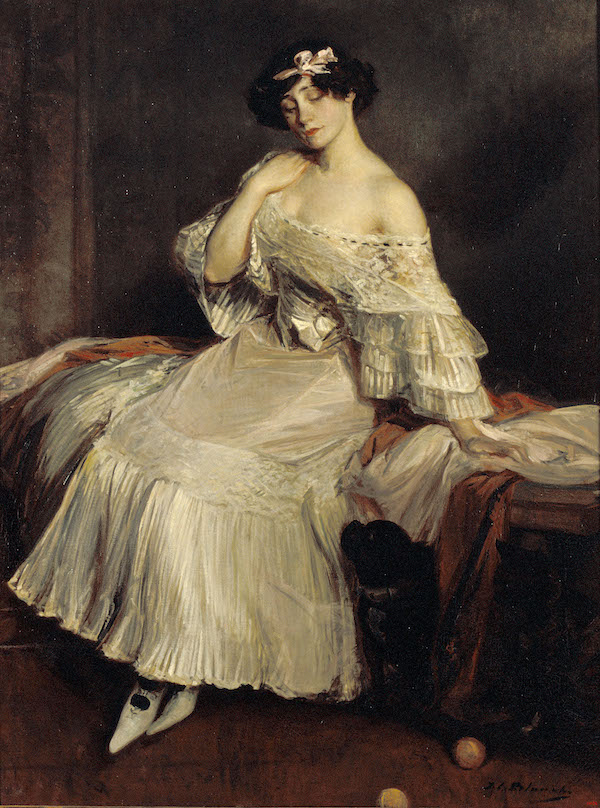 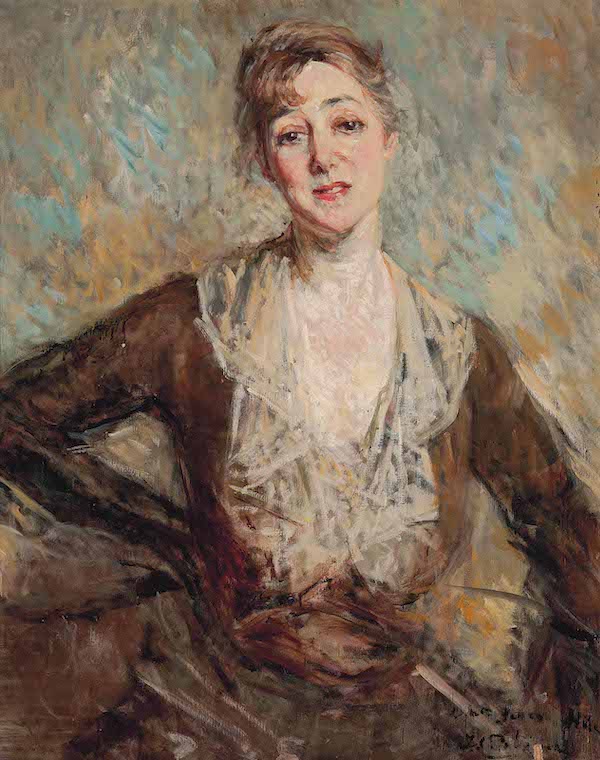 Portrait of The Honourable Mrs Charles Russell, née Adah Williams
Here Blanche shifts to a kind of modernist-inspired style -- some suggest a Boldini influence, but I'm not so sure. 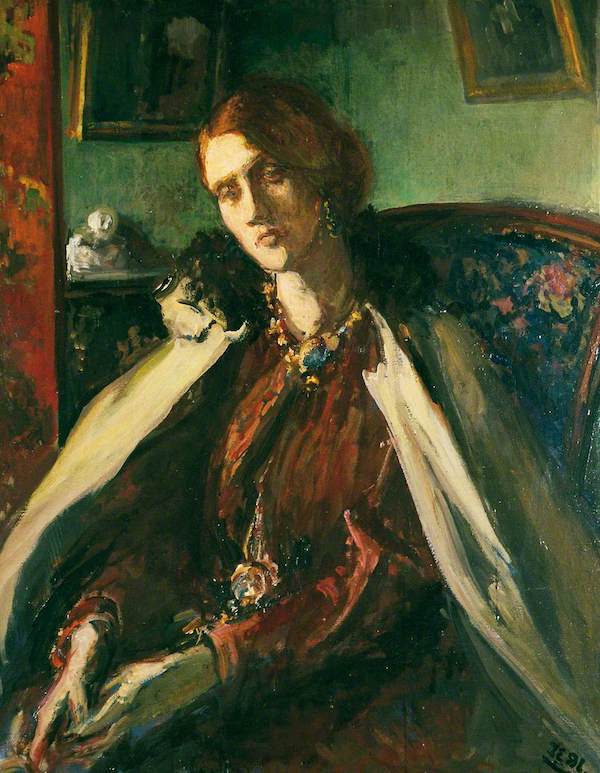 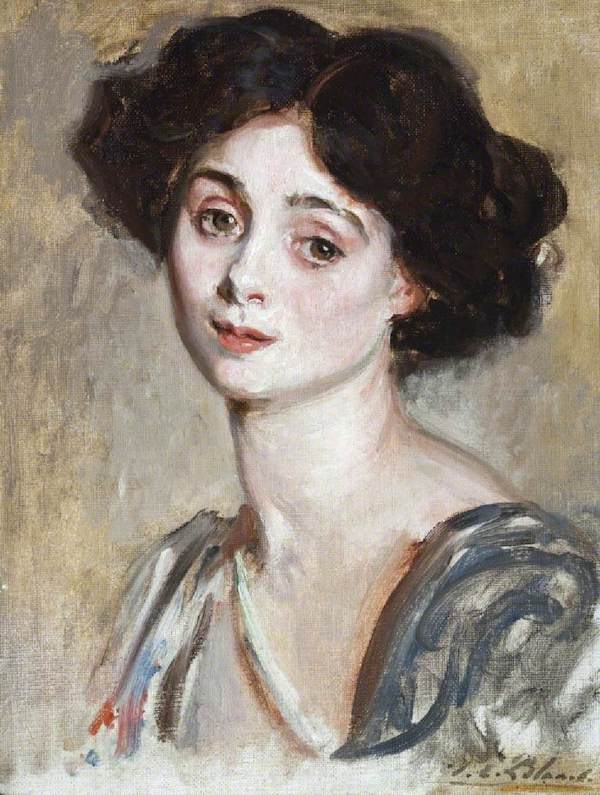 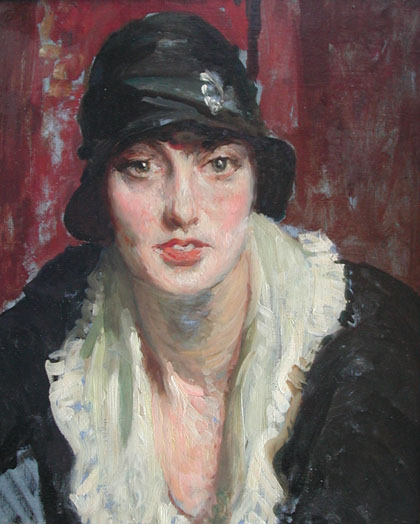 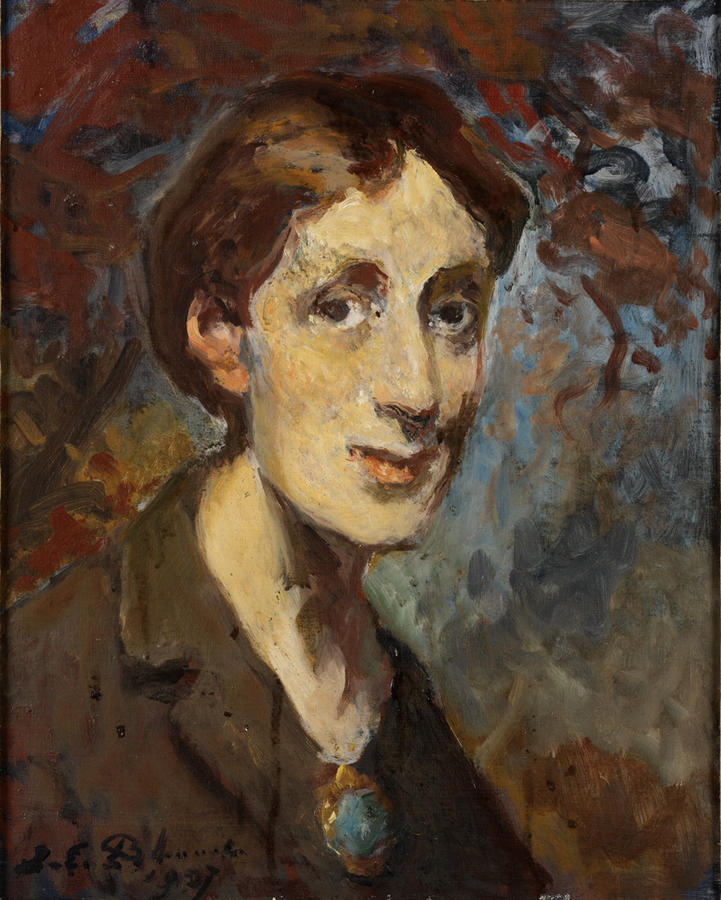 Virginia Woolf - 1927
The writer, daughter of Julia Prinsep Stephen, shown above. This is the most modernist-looking portrait of the set, but not of the fashionable 1920s-1930s simplified style. 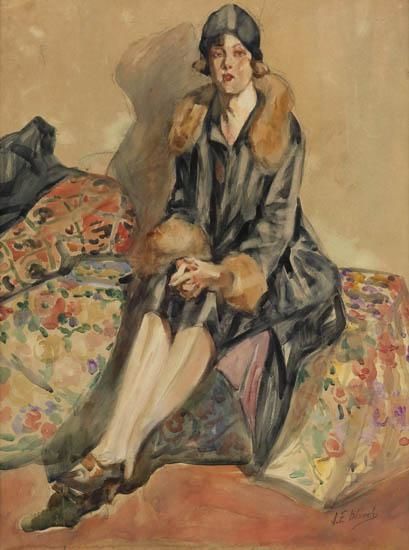 Seated woman
Also from the 1920s, a nice study of a flapper. 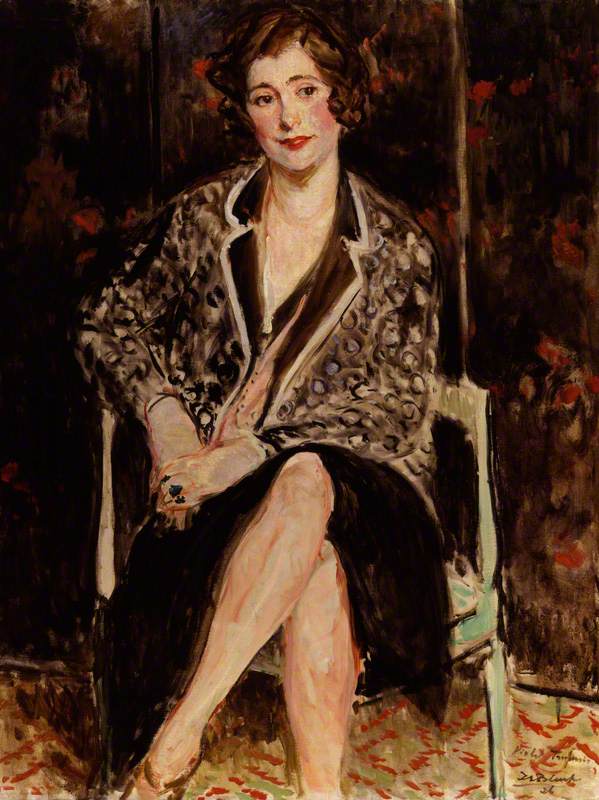 Victoria Trefusis
Like Blanche, of the demi-monde. Perhaps painted around 1930.